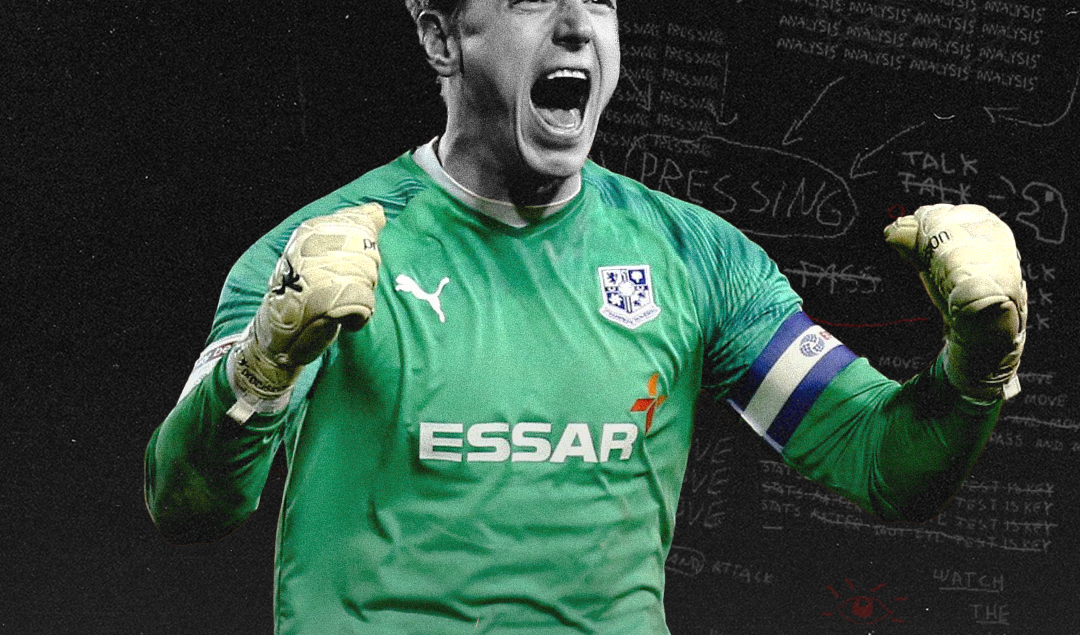 Former Tranmere Rovers captain Scott Davies announced his retirement last month after a lengthy spell on the side-line. The 35-year-old goalkeeper suffered a ruptured Achilles in March 2021 and has now been forced to call time on his playing career.

Davies, who signed for his beloved Rovers from Fleetwood Town in 2015, will go down as a club legend after making 238 league appearances for the Merseyside outfit. He was a key member of the squad who achieved back-to-back playoff promotions taking the club from the National League to League One.

Almost 10 months ago, Davies was stretchered off just 13 minutes into Tranmere’s 1-1 draw with Mansfield after he awkwardly fell collecting a cross. Since then, he has been watching on from the sidelines and knew now was the right time to hang up his boots.

“To be honest I kind of knew it was coming,” said the former Rovers skipper. “We were creeping into early December which was about the four-month mark after my second operation, and I should really have been running and cracking on and not far from getting on the grass, but I ended up back in pain.

“I think they [my family] were the sole motivation for me to be honest. I think regardless of what the surgeon said, he can only advise me. I think sometimes you’ve got to listen to your body and at the end of the day, you’ve got 60 years of living to do. You want to be able to walk, you want to be fit, you want to be a dad. He gave me his advice and for me it was a no-brainer.”

Davies has what fans have described as an “incredible” football league career. On top of his achievements at Prenton Park, he had what he described as a “special” time at two of his former clubs Morecambe and Fleetwood Town where he made a combined 176 league appearances, winning the Conference National play offs with the Shrimps and the Conference Premier title with the Cod Army.

“I’m very lucky to have been part of some very good teams, he said. “I’m very lucky in the sense that I was part of three (Morecambe, Fleetwood and Tranmere) amazing groups as well, not just football teams. As a young lad a Morecambe the squad there was brilliant, full of senior pros and in the dressing room we had a great team spirit.

“It was a special group at Fleetwood, especially the first group I was apart of, the conference winning team. That was special. I was lucky enough again to have that at Tranmere. Very similar to the Fleetwood team in a sense to how close we all were.”

But what does the future hold for Davies? In League Two, the average highest earner’s wage sits at £2,192 a week with the figure increasing to £4,753 a week in League One. Of course, it’s important to consider that there are some clubs with significantly higher budgets than others.

Nevertheless, this isn’t a wage that means the former Tranmere stopper can relax and put his feet up like those playing towards the top of the Championship and in the Premier League.

“There’s a reality in me,” Davies says. “Yes, I’ve played football for 17 years, but I’ve played at League One, League Two and Conference level. I’ve got to go and do something. In the short-term though, I’m not concentrating on that.

How Swan Songs Are Meant to Be: Baggio’s Brescia Brilliance

“Coaching is still on the table, but I don’t know whether that will be in a full-time role or something that keeps my hands in football on the side. I’ve very much been looking into a career on the railway, so I’ve got that all set up ready to go. I’ve done my courses for that so if I want to do that I can.

“I’m 35, most people work until they’re 65 so that’s 30 years that I’ve still got left to work so the career that I now go on to have will be longer than I had in football. I think people forget that a football career isn’t that long. I’ve probably had a longer one than most so for that I’m blessed and forever grateful.”

Davies received hundreds of messages on social media from fans, as well as messages from his former clubs. The EFL journeyman built up a special rapport with the Tranmere supporters and this was evident when he announced his retirement.

“To the Tranmere fans, honestly it’s tough to put into words,” he said. “How do you say thank you, that football club changed my life and it’s genuinely the best seven years of my life. Alongside my wife and my children it’s the next in line.

“I’ve got proper friends from that place. Honestly, some of the best people in the world will be in my life until the day I die. How do you say thank you for changing my life? I don’t know how to put that into words. It makes me emotional when I say that.”