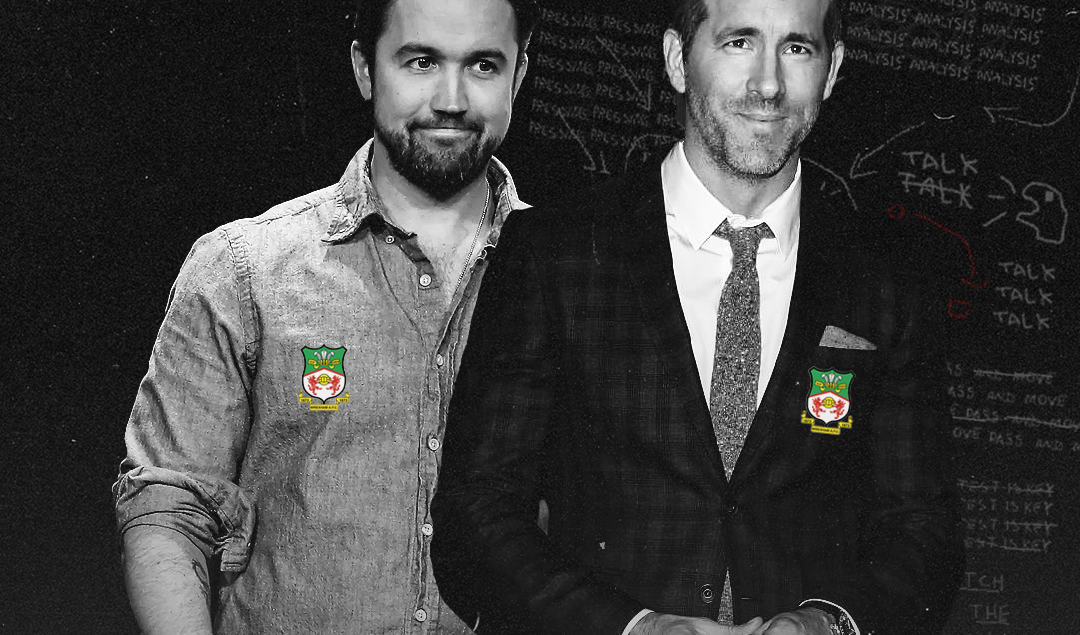 This article is Part 2 of a series about Wrexham Association Football Club; you can read the first part of this series here.

Preliminary discussions regarding the sale of the club began in May 2020. By this time, the club had been owned and run by The Wrexham Supporters Trust for about 9 years. While the Red Dragons hadn’t made it to the Football League just yet, there was tangible progress. As mentioned in Part 1, debts had been cleared thanks to ex-chairman Geoff Moss’ Wrexham Village company becoming legally required to clear it.

Accessibility for the disabled was built. The stadium shop was expanded to twice the previous capacity in 2012, in order to increase revenue. Revenue was also raised via a community share scheme, which allowed supporters to invest up to 20,000pounds each in order to get one vote in policy decisions. The scheme ended up raising over 120,000pounds. Clearly, the new owners were determined to get the community as involved as possible while achieving financial stability.

Inner Sports Circle – a boutique investment bank specializing in sport – initiated the discussion in May regarding Wrexham changing hands.  The firm had handled over $10billion in transactions concerning mergers & acquisitions to that point, with involvements in the purchase of stakes in the Atlanta Hawks; Crystal Palace, and Portsmouth F.C. This instilled confidence in the WST that they were dealing with ethically sound individuals.

“After the initial approach from the investment firm, Ryan and Rob set up a zoom meeting with the board of the WST in September to formally introduce themselves and pitch their plan,” says James Kelly, a board member of the WST.

Reynolds and McElhenney then revealed themselves as the interested parties to other WST members and Wrexham fans in November 2020 via zoom. The pair used the opportunity to further discuss their plans for the club to Wrexham supporters, while also fielding questions. This was before a vote was to be taken regarding whether the sale of the club should occur.

Reynolds and McElhenney informed the WST of their intention of capitalizing in the boom in sporting content on streaming services with a documentary that would track the team’s fortunes over a period of time, with a full season most likely.

This mirrored what had been done by Netflix with Sunderland in 2018, and Amazon with Tottenham in 2020. This meant revenue from selling the broadcasting rights of the documentary to a streaming service. The income would then be put back into the club. The pair also pledged to invest 2 million pounds into the infrastructure and staff of the club. 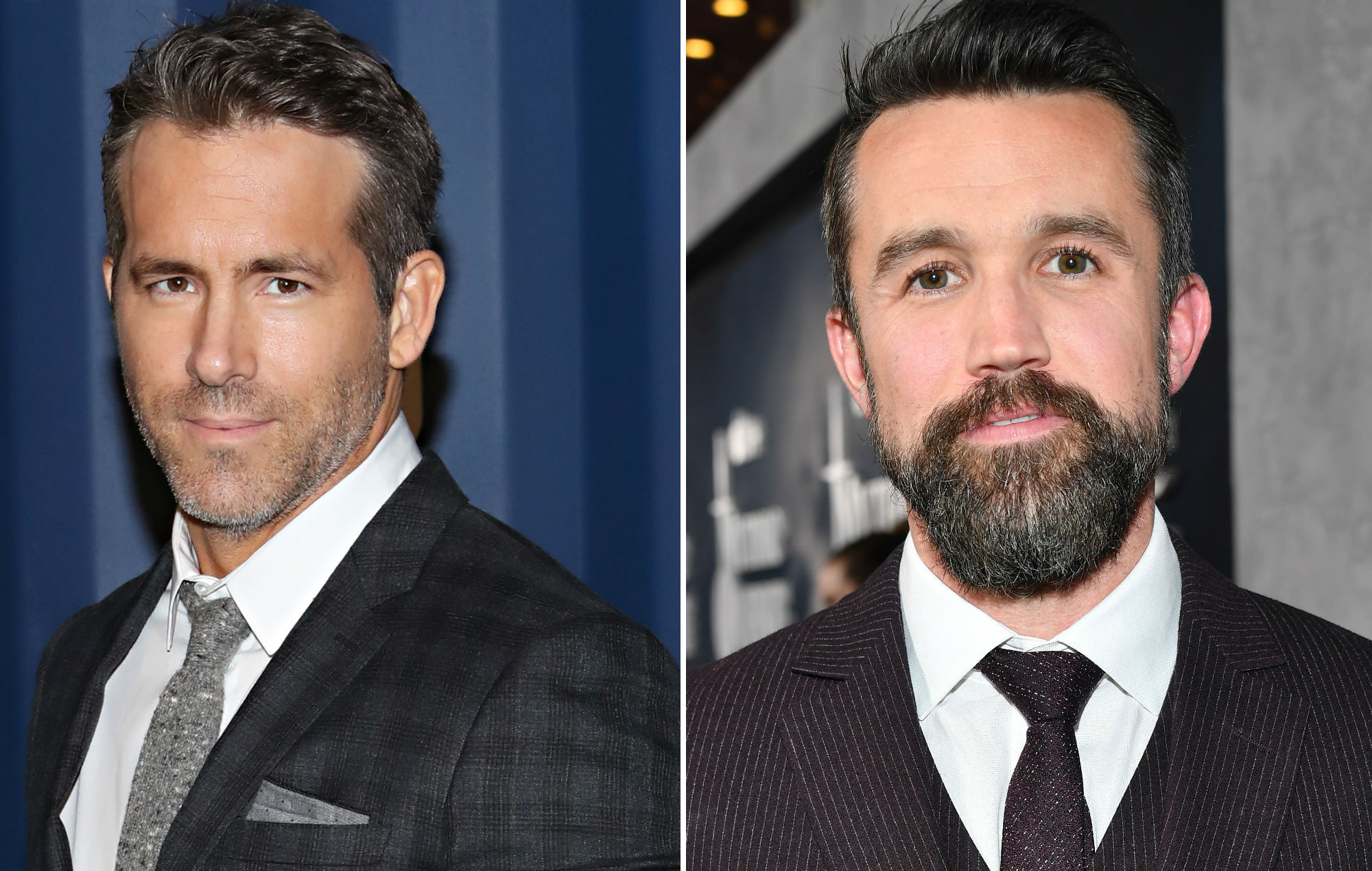 This deal was quite different from the usual foreign investment into football clubs. Those transactions normally involved top teams in the top leagues, in order to take advantage of ever-increasing broadcasting rights deals i.e. Premier League broadcasting rights have increased 60-fold since 1992, to 3billion pounds a season currently. Wrexham were a grassroots club in the literal sense of the word, so their rights are pretty much non-existent. The WST had enjoyed owning their club as fans but felt this was an opportunity too good to pass up.

The prospect of Ryan and Rob’s star power, investment, and plans for the future could serve as a springboard back into the Football League. Also, the pair had researched the club in detail, going as far as watching parade footage from the 1970s to get a feel of the town’s roots. This assured fans of the Welsh club that the best interests of the team would be served with these new owners. In order for the deal to gain approval, seventy-five percent of voting fans had to vote in favor of the deal. With 91.5% turnout from the voting population; 98.6% of the voting fans chose to approve the deal.

The fans have been reassured that the club will not be renamed, relocated or rebranded. Unlike previous owners, supporters actually believe the new owners. Their global profiles also serve as evidence to Wrexham fans of the source of their wealth, another new phenomenon compared to shady owners of the past.  With a loss of 300,000 pounds in 2019/20 despite their revenue of 2.1million of pounds, the new owners should be able to boost the commercial side of the club through these profiles.

The deal came amidst a global pandemic, making Wrexham more financially secure just a few months after the club had to furlough staff and players due to financial issues. The club’s financial security is expected to reverberate through the local economy, which is said to do well when the club is doing well. “So far, our followers on Twitter went up by about 20,000 people,” Kelly says. “Shirt sales have also increased. We are suddenly getting orders from all over the World. People from The United States, Japan, South Africa and Australia have all ordered Wrexham kits.” The new owners seem to already be transforming Wrexham from a nationally known team to an international one.

Whether demand for content from a National League team will be present will depend largely on how the team perform on the pitch; and how the documentary is marketed by whatever streaming service the broadcasting rights are sold to. There may have to be some lows in addition to the highs. The former pulls in the neutral viewers, though I’m sure Wrexham fans would prefer only the latter. “Us fans do not care about the documentary as long as the club is doing well on and off the pitch,” says Kelly.

As previously mentioned, only two teams can go up to the Football League from the National League. The Robins came close again in 2018/19, making it to the playoffs only to lose in the quarter-finals. In 2019/20, the team were nowhere near the playoffs, finishing 19th from 24 teams. The Red Dragons are currently 8th, right outside the playoff spots.

The task for the new owners is ensuring the northern Welsh club improves on the pitch while also gaining popularity off it. “As a Wrexham fan, I would be quite disappointed if the club is not back in the Football League in two years,” the WST member says. “Some fans are dreaming of the Premier League. I just want us to be back to where we were, a solid League 1 or League 2 side.” As of December, filming for the documentary has started.