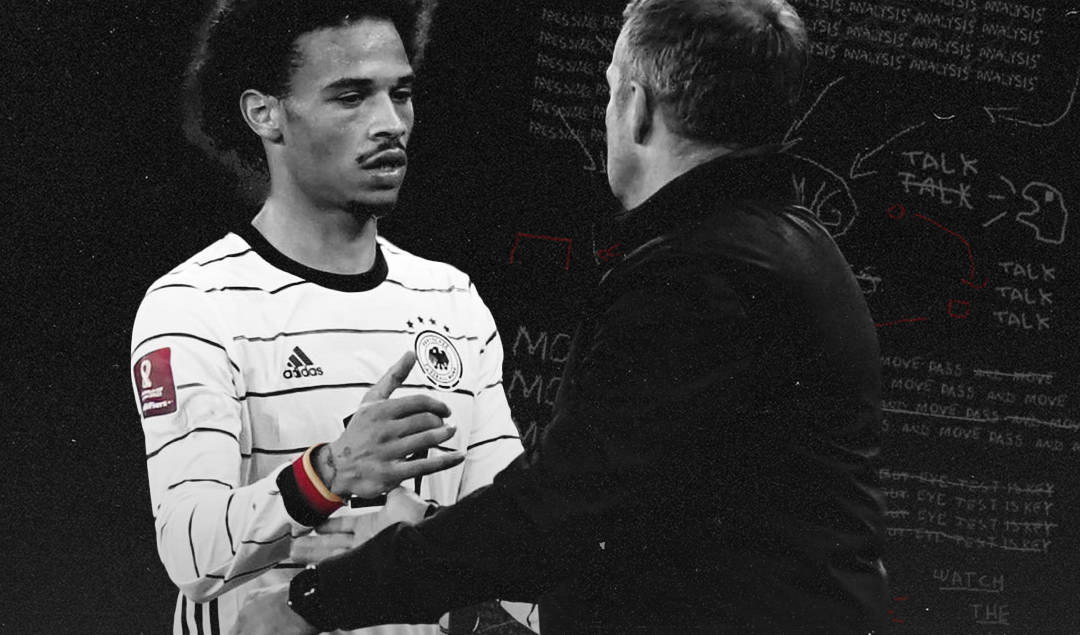 After 15 years as Germany manager, Joachim Loew parted ways after losing to England 2-0 in this summer’s European Championships at the Round of 16 stage. This showcased the overall stagnation that had occurred under Joachim Loew, his tenure concluding in a whimper rather than the immense success he had been used to.

The 2018 FIFA World Cup in Russia should have been the end for Loew, whose Germany side finished last in their group after humbling defeats to Mexico and South Korea. The Mexico defeat still sticks out like a sore thumb — Loew’s tactical naivety playing into the hands of El Tri. With a counter-attacking setup, Mexico were extremely effective at breaking away with the likes of Sami Khedira struggling to cope with the sheer pace of their opponents.

Mexico’s only goal of the game, the winning goal at that, was a simple breakaway dealt with poorly by Germany. Finding its way through to Hirving Lozano, the then PSV turned Napoli winger finished calmly past Manuel Neuer. Operating with two defensive midfielders for this one, Germany’s sit-back approach invited pressure and Mexico delivered a decisive blow through Lozano’s winner. This stunted Germany, the confidence of prior Die Mannschaft sides evaporated into the Russian heat.

The Reawakening of Hirving Lozano at Napoli

Losing to England at Wembley in the Euro’s last 16 saw Germany finally take action, the ever-present figure of Loew nearly out of contract with 2022 marking the end of his official contract with the national side. Germany needed someone to come in and revitalise the whole set-up, to bring back the decisiveness that saw them clinch the 2014 FIFA World Cup in Brazil.

The man they would look to steer Germany back to success was Loew’s assistant in 2014, and his right-hand man for eight years. Hansi Flick was appointed in May of this year, concluding the Joachim Loew era officially. This signalled intent from those associated with the national side, with Flick proving to be a serial winner up to this point.

Hansi Flick’s appointment as Die Mannschaft manager mirrored his initial replacement of Niko Kovac at Bayern Munich, replacing a stagnant regime with hopes of bringing a winning energy back to the dressing room. His promotion from assistant to manager in the wake of Kovac’s dismissal proved to be a masterstroke, giving Bayern a new lease of life.

Under Kovac, as much as the German giants lead the way in the Bundesliga, the performances had become unconvincing and lacked the dominance common under Jupp Heynckes – the German’s final reign as boss seeing only five defeats from 41 matches, a 78% win percentage to cap off his third spell at the Allianz.

Kovac was unconvincing, and dropping fan favourite Thomas Muller made the Croat unpopular amongst the Bayern fanbase, and his reign fell apart with defensive horror shows becoming commonplace. A 5-1 defeat to Frankfurt, Kovac’s former club, saw the Croat given his marching orders in November 2019.

With Bayern Munich sitting fourth at the time of his appointment, Flick had his work cut out for him. Yet, in just a mere matter of months, Flick had transformed Bayern into an unbeatable machine that would go on to continue their domestic dominance and complete a treble after the stoppage of football due to the COVID-19 pandemic.

Jogi Löw: The Despairing End of a 17-year Saga in Black & White

Flick reinstated Muller to his Bayern Munich side, making him the main focal point in attack alongside Robert Lewandowski, Serge Gnabry and Kingsley Coman. Moreover, he allowed the likes of Joshua Kimmich far more creative freedom to move to a central midfield role alongside playing him defensively – the preferred role for the young German, instead of playing as a full-back relentlessly under the previous regime.

Tactical flexibility was also crucial to Flick transforming Bayern back to their dominant best, utilising Thiago Alcantara as a sweeper whenever Manuel Neuer played out from the back. With numbers dropping back to keep the ball, Bayern could control matches again and win the possession battles. This build-up play is crucial to how Flick wants his sides to play football, finding room to receive the ball before instantly looking for the next forward player free.

Flick’s Bayern side played with a purpose and an organized game-plan that would coincide in Bayern enjoying a cakewalk to their eighth and ninth consecutive Bundesliga titles. With Flick utilising experience effectively – Manuel Neuer, Jerome Boateng, David Alaba and Thomas Muller crucial components to his side – this integration of youth was also key.

Alphonso Davies was let loose by the German manager, whilst Serge Gnabry excelled under the guidance of Flick on the left flank. Flick’s spell as manager in Munich would prove to be trophy-laden, winning two Bundesliga titles as well as securing a Champions League Trophy in 2019-20. The latter success would see Bayern go unbeaten throughout, brushing aside Barcelona 8-2 in the quarter-finals.

With the goals evenly distributed out – Muller, Gnabry and Kimmich among others getting in on the act – Hansi Flick’s Bayern had annihilated Lionel Messi’s Barcelona. Playing for Bayern alongside the likes of Lothar Matthaus in the 1980’s – 100 or so appearances for the Bavarians – his managerial reign had eclipsed any highlight from his playing career.

Flick’s task when reinstated to Die Mannschaft – given the main job after eight years as assistant – was similar to that of Bayern Munich: go into an environment that needs something new, and deliver something fresh to kick-start some success again. Having worked with a number of players at Bayern Munich that also play for Germany, his transition to national team boss looks to have been rather seamless.

How Hansi-Dieter Flick Brought the Magic Back to Bayern

Even still, looking over line-ups fielded by the German, his Bayern bias doesn’t cloud over his selections. With 7 matches under his belt, the German manager has changed it up and utilised his vast pool of players when the big players weren’t available. In their recent 4-1 win over Armenia, Germany managed to get over the line without the likes of Serge Gnabry, Thomas Muller or Marco Reus.

The philosophy at Bayern has followed him to the national side, blending experience with youth. Germany’s current crop are still delivering – Ilkay Gundogan proving himself to still be at the very best of his game – but the next generation of German talent are also being given an opportunity. Flick comes across as a man manager, as opposed to Loew who seemed cold and stubborn in his ways.

Jamal Musiala, once an England U-21 prodigy, is being given consistent game-time at the senior levelunder Flick. Scoring six times under the German’s guidance at the Allianz Arena, Flick isn’t shying away from giving young and hungry players like Musiala a chance to prove themselves for Die Mannschaft.

In a recent 9-0 win over Liechtenstein, playing with his entrusted 4-2-3-1 formation, the senior players stood out, but the Heidelberg-born boss ensured the likes of Lukas Nmecha, Ridle Baku and Florian Neuhaus were given minutes too. He understands a need to utilise the entirety of his squad, not merely relying on his favourites to get the job done.

After two failed tournaments in a row, Germany look to be back to their best. With seven wins from seven under the ex-Bayern man, Die Mannschaft are playing with confidence again. A manager spoken of in the highest regard, Hansi Flick remains one of the best football coaches in the world today. Having revitalised Bayern and now the German national side, a trophy on the international stage in Qatar in 2022 looks a very real possibility.