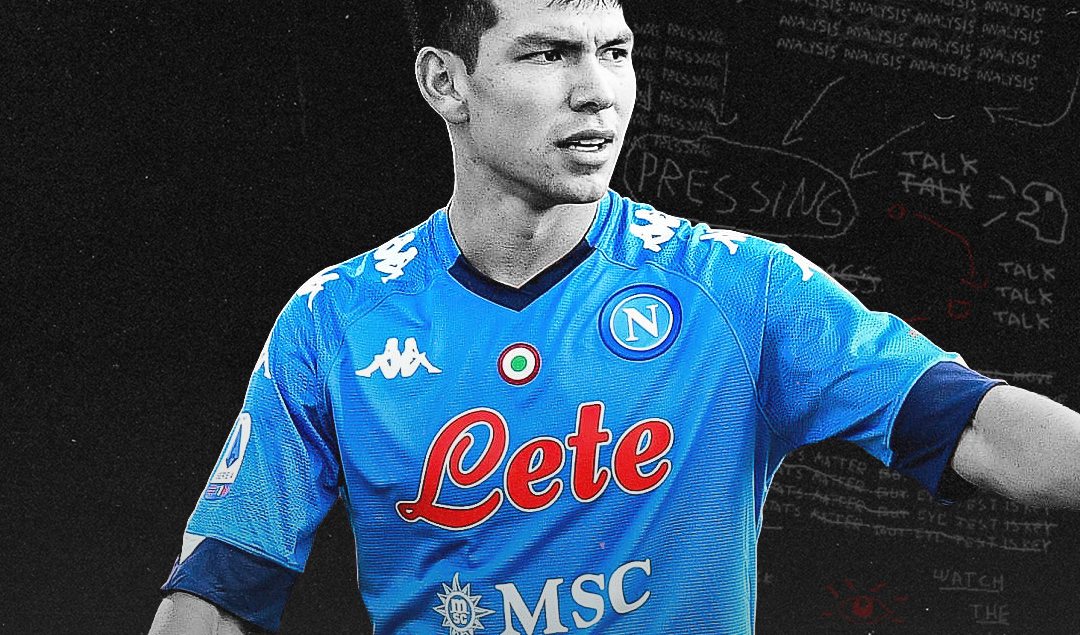 When Mexican international Hirving Lozano arrived at Napoli in August 2019, his transfer from Dutch giants PSV Eindhoven was seen as a landmark moment. The transfer fee of €38 million plus bonuses was the most the Partenopei had paid for a player at the time, it was the highest figure the Rood-witten received for a player, and he became the most expensive Mexican footballer in history.

Adapting to Italian football was tough for “Chucky”, who struggled to earn playing time under manager Carlo Ancelotti, who was sacked on December 10, and his successor Gennaro Gattuso was initially not eager to include the winger in his starting line-up either. Although his form improved towards the end of the 2019/20 campaign, it pales in comparison to the start that he has had to the 2020/21 Serie A season.

Lozano has scored four goals in five league games, grabbing a brace in the 6-0 demolition of Genoa in Week 2 and scoring twice in the 4-1 victory against Atalanta in Week 4. He has been used on both wings but he has demonstrated that he is at his best on the left side of attack.

This burst of form seemed unlikely in the early days at Napoli for “Chucky”. He had come off the bench on his Serie A debut, scoring a goal in the Partenopei’s 4-3 defeat to Juventus in the Week 2 of the 2019/20 season, but it was not enough for Ancelotti to trust him in the starting line-up. 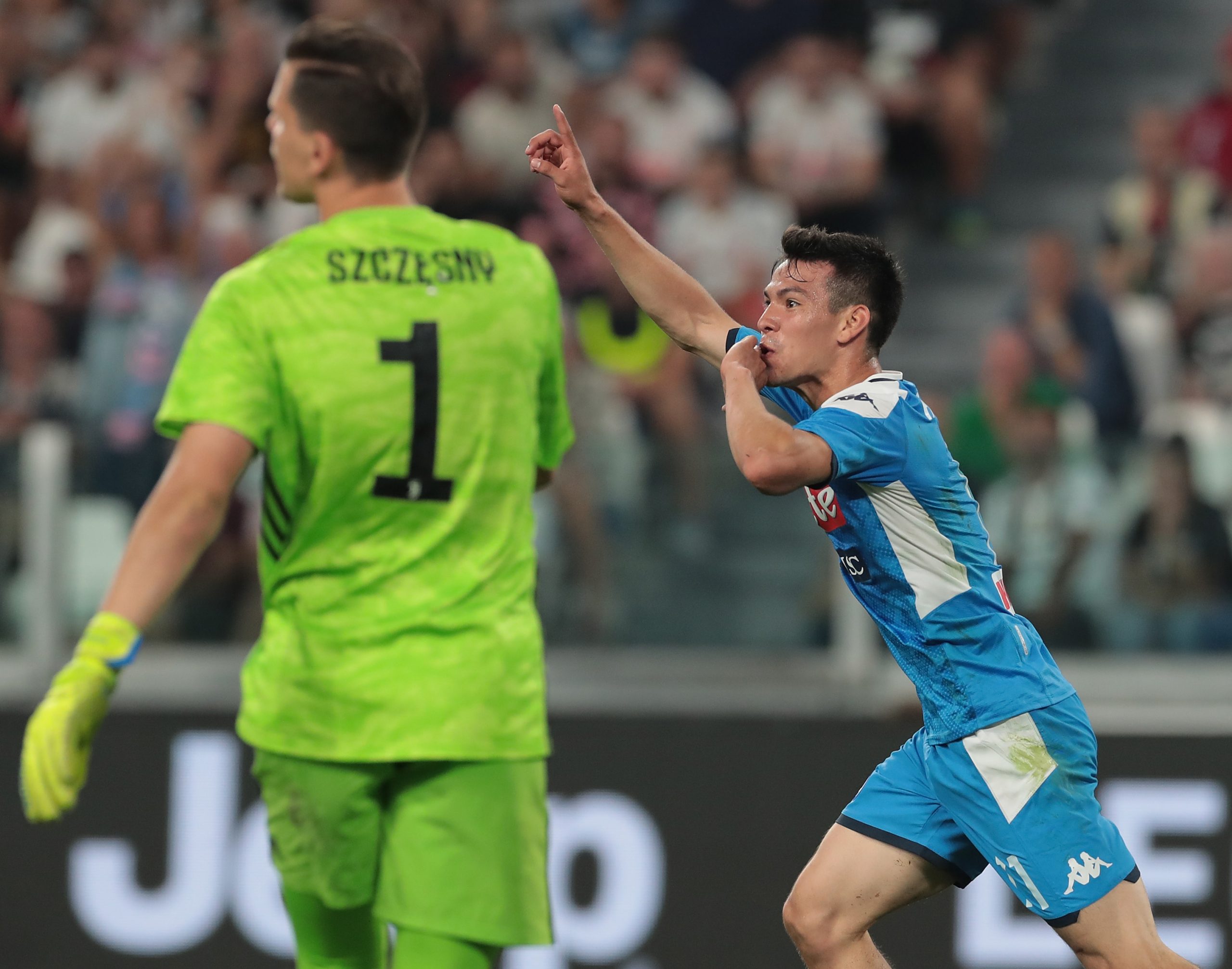 The veteran tactician preferred José Callejón and Piotr Zieliński in the wide midfield positions in his 4-4-2 formation while Lorenzo Insigne or Dries Mertens would partner Arkadiusz Milik or Fernando Llorente up front.

After failing to win in seven league games, Napoli fired Ancelotti and replaced him with Gattuso. The new coach switched to the 4-3-3 formation, but Lozano’s playing time under “Ringhio” was limited, which drew the ire of the Mexican supporters.

“I have very strong players in attack and for example we have Fernando Llorente who deserves far more playing time,” Gattuso said in a press conference in February 2020.

“You talk about Lozano because he cost €50m. I make my choices based on how I want the team to play and have to put everyone in a condition to express themselves well. In Mexico, I am persona non grata because of that, but what can I do? I guess I won’t go back to Mexico.”

It seemed that the situation had not improved when football returned in June after competitions were put on hold due to the COVID-19 outbreak, with Gattuso reportedly kicking Lozano out of a training camp for a lack of effort.

“Anyone who is tired, who doesn’t feel like it, who isn’t sharp mentally, as far as I am concerned, he can just stay in the locker room and miss a day of training,” Gattuso said prior to the Coppa Italia Final against Juventus. Everyone knows that if they step on to the field with me, they have to go at full speed. I won’t allow anyone to ruin a training session.”

The Mexican did not feature in the penalty shoot-out win in the cup final but he did make an appearance off the bench in Napoli’s first Serie A game after the hiatus. “Chucky” came off the bench when Napoli were leading Hellas Verona 1-0 with six minutes remaining and he scored his team’s second goal to seal the victory. 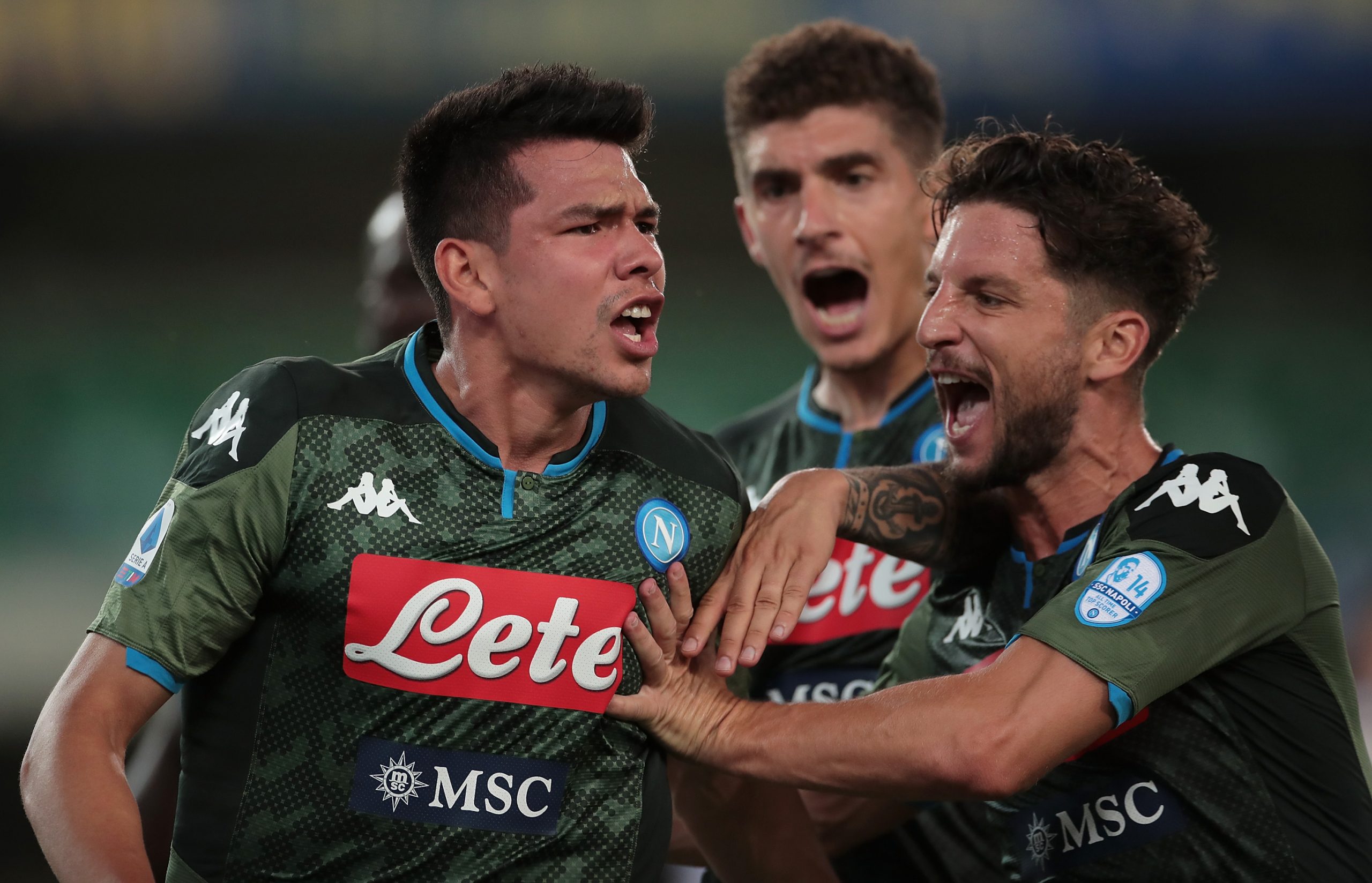 He was often limited to appearances off the bench, but he was the hero when he came on against Genoa and scored the winner in a 2-1 victory on the road. Lozano finished his first season with the Partenopei with four goals in 26 Serie A games yet his price-tag was anything but justified.

With Callejón leaving the club after seven years and Gattuso switching to the 4-2-3-1 formation, “Rino” incorporated Lozano into his first XI. “Chucky” started on the right-wing in the 2-0 win against Parma, featuring for 84 minutes before being replaced by Matteo Politano, and he started on the right side again against Genoa.

The Mexican developed a great understanding with Dries Mertens during the match, scoring a goal in each half with assists from the Belgian forward as Napoli went onto to register a 6-0 rout. After the first goal from Lozano, Mertens nearly set him up for another goal, but the shot went wide.

Due to the Juventus-Napoli fiasco the week after, the Partenopei had to wait another three weeks to play again, and they sprung a surprise, demolishing an enterprising Atalanta side 4-1. Once again, Lozano played a starring role, scoring the first two goals of the match in the first half. This time, he played on the left-wing in place of the injured Insigne and he thrived in his natural role. He was that dangerous, he probably should have scored another two for the Neapolitans.

His impressive form in those games prompted Jesus Martinez Patiño, the president of Lozano’s former club Pachuca in Mexico, to sing his praises.

“Four goals in three games? Hirving didn’t surprise me at all,” Patiño told TuttoMercatoWeb in October. Already last year, I told you that Lozano was a purchase for the Scudetto for Napoli and for €42 million, he was given away or almost.

In Italy, he has grown and is maturing further, I am convinced that he will confirm himself as a truly top player. Even when he was still in Mexico or at PSV in Holland, on the other hand, all the big clubs in the world were thinking of him.”

The return of Insigne on the left and Politano’s excellent form on the right has presented Gattuso with a small dilemma as to whether he should start Lozano or use him off the bench. “Chucky” did not score in the following league matches against Benevento and Sassuolo and “Ringhio” is still keen on keeping the 25-year-old on his toes. 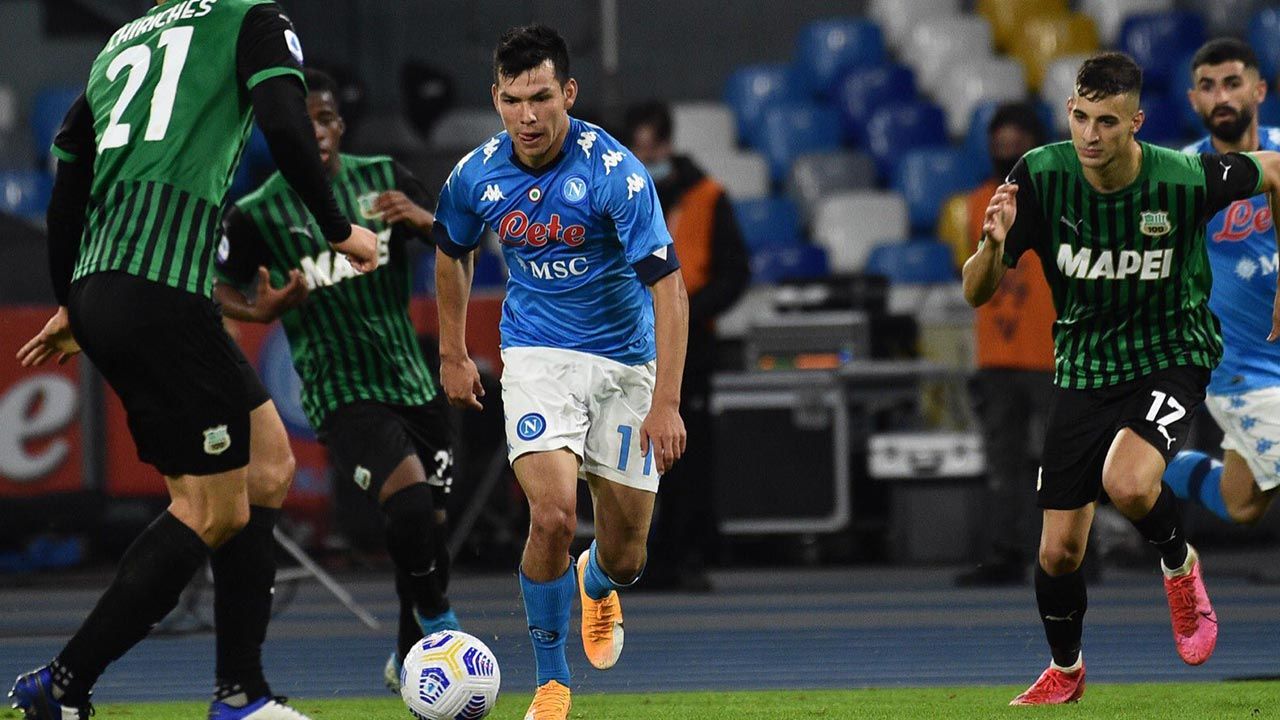 “I don’t care if Hirving Lozano plays on the right or left wing,” Gattuso told DAZN after the 2-1 against Benevento.  He has rediscovered himself this season. I want to see him improve, to improve his passing and he has to be more influential in each match.

Against Benevento, Lozano had two or three chances to score. There was one move where maybe the referee should have given a penalty, but it would be better if he stops diving and tries to score instead. He needs to improve his passing and be more decisive in front of goal.”

Lozano is looking more settled at Napoli despite the competition for spots, but if he can keep influencing matches, he can be another Partenopei hero in the making.