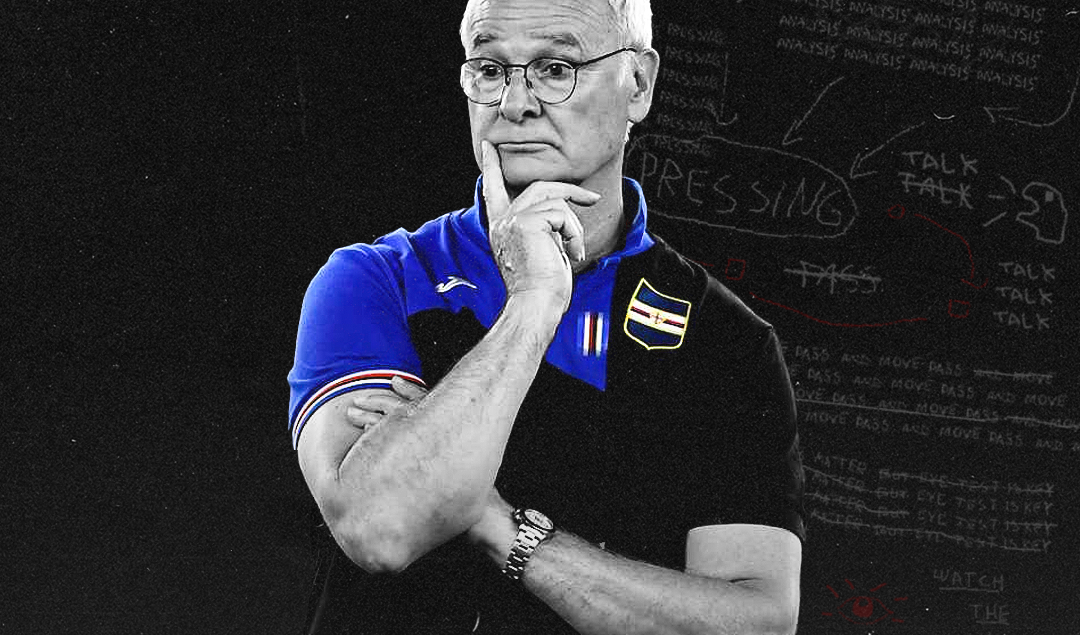 Sampdoria were in a colossal crisis in the early stages of the 2019/20 Serie A season, but the Ligurian club slowly worked its way out of trouble and avoided relegation.

After losing six out of the opening seven league matches, the Blucerchiati replaced manager Eusebio Di Francesco with Claudio Ranieri, the man who had replaced the Pescara native at Roma in the latter stages of the previous campaign.

Under Di Francesco, Sampdoria lacked self-belief and a sense of direction as well as identity on the pitch. The experienced head and safe hands of a coach like Ranieri were need to bring some tranquility to the Genoese side. 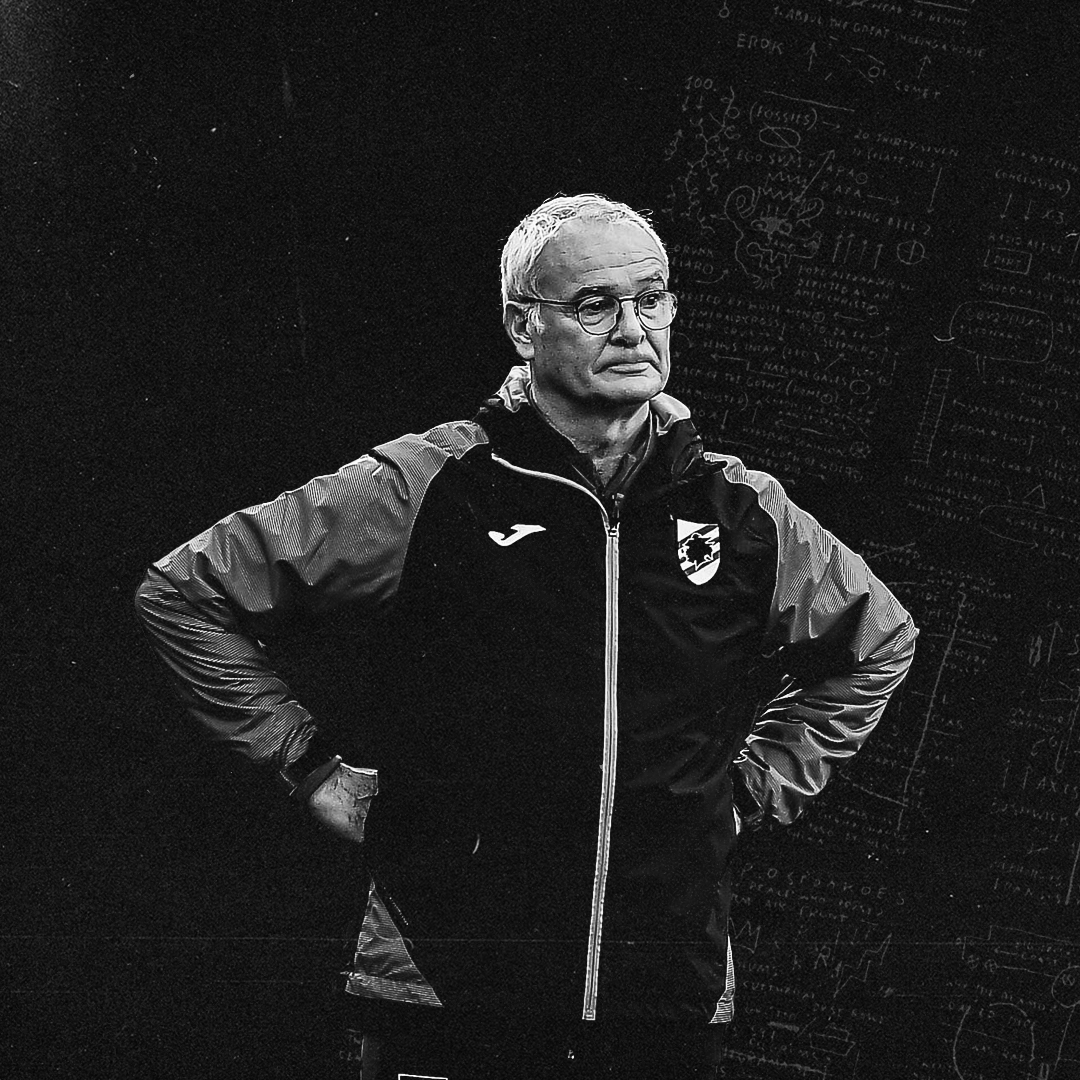 Blucerchiati president Massimo Ferrero, who is an avid Roma fan, had reportedly asked Giallorossi legend Francesco Totti and former Lupi and Doriani forward Antonio Cassano their advice on who he should hire as the next coach.

Ferrero claimed that he did not speak to Cassano about Ranieri but he was convinced by Totti’s metaphoric description of the veteran tactician.

“This thing of Cassano’s, I don’t know about it. While Totti, on Ranieri, said to me that he was a beautiful Ferrari, that is why he was wanted here.”

The enigmatic forward still insisted on Italian television that Ferrero contacted him and gave him a blunt view of the circumstances if ‘The Tinkerman’ did not get the job.

“Ranieri is the right man. He uses the 4-4-2 and brings the ship to the port. Ferrero called me, giving me five names. I said to him, ‘Get Ranieri, otherwise sign up for Serie B.’ Then I had put him in contact with Totti for a definitive opinion.”

Regardless of who contacted who, the glowing descriptions of Ranieri were enough to persuade Ferrero into replacing Di Francesco with the former Chelsea and Leicester City manager.

It was against his hometown club that ‘The Tinkerman’ took over in Round 8 of the Serie A campaign. The Blucerchiati defended resolutely and earned a 0-0 in a game played on a waterlogged pitch in Genoa.

However, it took another three matches until Ranieri collected his first victory in charge of Il Doria, with Gianluca Caprari scoring the solitary goal in stoppage time away to SPAL. That win took them off the foot of the Serie A table and they climbed out of the relegation zone in November after beating Udinese 2-1 in Round 13.

December was a month to forget with three defeats in four games but that sole victory was in the Derby della Lanterna against Genoa and Sampdoria was able to remain above the relegation zone.

Ranieri had also moved away from the conventional 4-4-2 formation and alternated between the 4-4-1-1 and 4-3-1-2, most likely to better accommodate attacking midfielder Gastón Ramírez. The Uruguayan had scored three goals and provided one assist in a five-game spell from the 1-1 draw against Lecce in Round 10 to the 4-3 defeat against Cagliari on December 2.

The Samp coach wanted the mercurial Uruguayan at Leicester but the Foxes were not able to acquire him from Middlesbrough.

“I wanted Ramírez at Leicester City and we spent a month trying to convince him to come,” Ranieri said after the victory against Udinese, in which the Uruguayan scored the winner from the penalty spot. “He knew that I believed in him regardless of his playing time so far at Sampdoria, so just had to wait for the right moment.”

As much as Ranieri believes in Ramírez, the Roman knows when he needs to shuffle the team for the sake of stability or to have players in the best form starting matches. Sampdoria got its only in January when it thrashed Brescia 5-1 in Round 19. It was not a performance with slick and stylish football but Il Doria still possessed an attacking intent and attacked the Rondinelle with speed and directness.

By the end of January, the Blucerchiati had made some moves in the transfer window. Colombian center-back Jeison Murillo was sent on loan to Celta Vigo in Spain and Argentinian winger Emiliano Rigoni was sent back to Russian giants Zenit St Petersburg.

Both players had arrived in the summer of 2019, but even when Ranieri replaced Di Francesco, the South American duo still struggled to make a positive impact at Sampdoria. Japanese defender Maya Yoshida arrived from English side Southampton and he has provided valuable experience as well as support at the back for the likes of Omar Colley and Julian Chabot.

Samp continued their trend of registering one victory per month, defeating Torino 3-1 in Turin in February. Ramírez found the back of the net twice; one of them was a splendid free kick.

The Blucerchiati still endured their share of demolitions too. Lazio destroyed them 5-1 in January and then Fiorentina did the same a month later. Then the COVID-19 spread around the world and Il Doria were able to win their only game in March 2-1 against Hellas Verona.

When Sampdoria returned to action on June 21, they faced Inter and suffered a 2-1 defeat to the Milanese side. The Blucerchiati lost the next two games and it seemed that they would be dragged into the relegation zone again but then came the decisive run of five victories out of six to secure their safety. 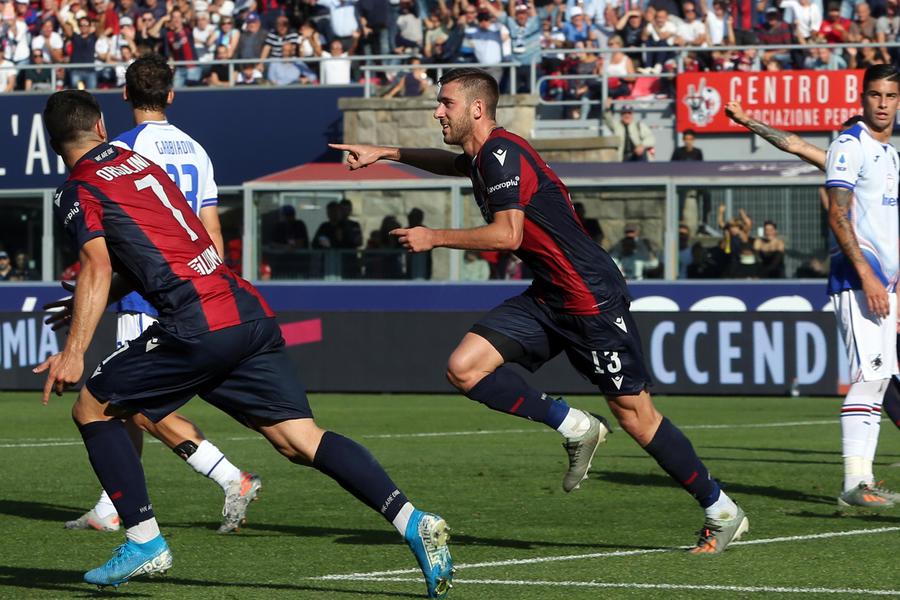 Sampdoria defeated Lecce 2-1 and SPAL 3-0 before suffering a 2-0 defeat away to Atalanta. Ranieri’s men responded by triumphing 3-1 against Udinese, 3-0 versus Cagliari, and coming back from 2-0 down to win 3-2 against Parma.

In those wins after the Atalanta clash, the Doriani scored three goals in three consecutive games, something they had only done in 1948 and 1951. Twenty-two-year-old striker Federico Bonazzoli also had a purple patch, scoring four goals in three games and those strikes were also worthy of a highlights reel.

His goal against Udinese was an amazing bicycle kick, and his second goal against Cagliari was scored with the outside of his right boot, earning comparisons with a goal Dutch legend Johan Cruijff scored for Spanish giants Barcelona in a match against Atletico Madrid in 1973.

The early performances under Ranieri were about defensive solidarity and hard work but Il Doria obtained their recent wins with a mix of fighting spirit and attacking flair in that run of five wins from six.

Sure, they were against teams in the relegation zone or fighting for survival, but they played with a swagger and panache not usually associated with Ranieri’s teams and it seemed that there were remnants of Giampaolo’s possession-based football in their attacking play.

Sampdoria was 15th after 36 rounds and nine points clear of Lecce after July 26. Even defeats to Genoa and Juventus were not enough to drag the Blucerchiati into the relegation battle once more.

Statistically, Samp were not as impressive as the season before but there were still some important contributors in the league. Fabio Quagliarella and Manolo Gabbiadini had 11 goals each while Ramírez scored seven, and Quagliarella and Jakub Jankto had five assists each.

Morten Thorsby and Karol Linetty provided plenty of versatility and energy in midfield, while Albin Ekdal provided experience in midfield, directing the play adroitly and with grace.

Ranieri is 68 years old, but he has shown that he still has the desire to coach despite over 30 years of experience, and like he has in the past, he has got Sampdoria out of trouble when things looked bleak.