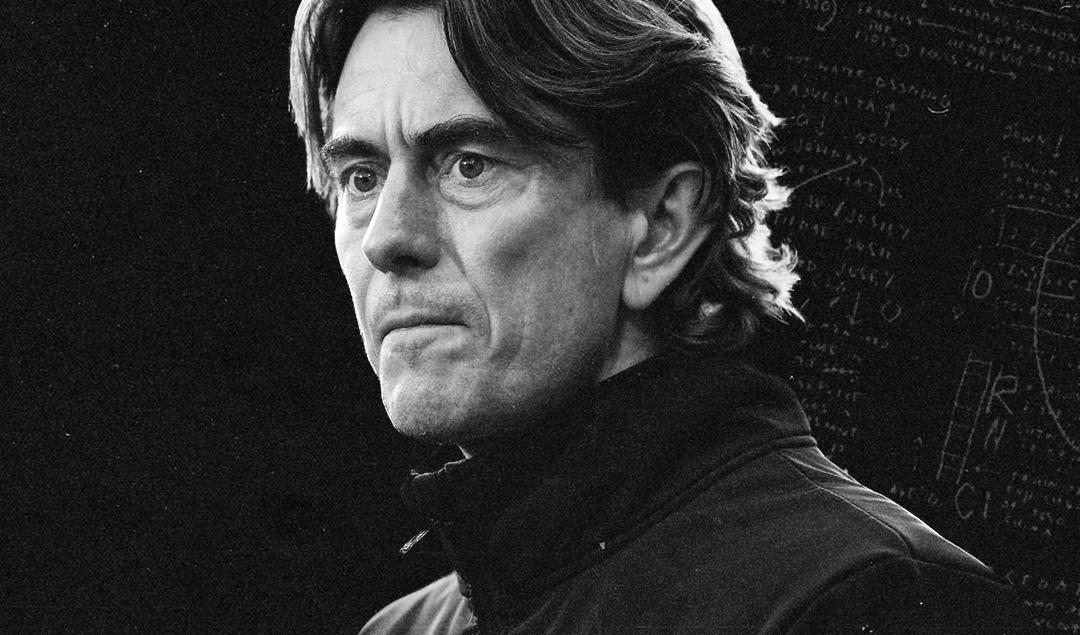 Denmark, a Nordic country that has seen years of talented footballers along the way. From the Laudrup brothers to Christian Eriksen, it has been a nation that has consistently produced magnificent players of the highest quality. However, when have we ever witnessed that same excitement about a Danish manager?

Perhaps our only recollection of success on the world stage would be the 1992 European Championships where the Denmark national team went on to become the winners under Richard Møller Nielsen.

Our other more recent account of Danish success through management would be the legend that is Michael Laudrup. Firstly, taking Spanish La Liga side Getafe to success in the Copa Del Rey and UEFA Cup. This landed him an opportunity in the Premier League as manager of Swansea City where he earned the accolade of winning the infamous League Cup. But his time at Swansea was short-lived after a bad spell in the 2013/14 season.

However, there is one Danish man who is starting to make a name for himself in the west side of London. Thomas Frank, a name unfamiliar to the world of football with very little playing experience has been a managerial revelation for Brentford Football Club.

Frank has quietly gone about his business in the managing scene with most of his early career being spent in Denmark as a Youth coach for Frederiksværk BK, Hvidovre IF, Boldklubben af 1893, and Lyngby Boldklub.

Up until 2011, the Dane had very little limelight, but his promising career struck gold when he took the Denmark Under-17 Head Coach role. He worked with players such as Christian Eriksen, Kenneth Zohore, and Viktor Fischer. During the 2011 European Championships, Frank led the youngsters including Southampton captain Pierre-Emile Højbjerg to an overachieving semi-final spot eventually losing to Germany.

Later in the summer Frank would take his young Danish national side to their first ever Under-17 World Cup in Mexico. With it being Denmark’s first taste of World Cup action at the Under 17 level, it could easily be considered as a disappointing show finishing last in their group behind Australia, Ivory Coast, and Brazil.

Despite the early exit, Frank had obviously impressed the Danish Football Union with his managerial style and was quickly hired to take the Denmark Under 19 head coach position to qualify for the upcoming 2013 European Championships. The Danes made it past the initial qualifying round with ease.

The elite group stage round was far more testing and finished second after taking a loss to Greece to seal their fate in eliminating the youngsters from the competition. A competition that Denmark is yet to qualify for in the Under 19 category.

After spending 18 years as a Youth Coach, Frank finally made the step up to the senior professional ranks taking his first job with the illustrious Danish side, Brondby IF on June 11th, 2013. Brondby had a legacy that came with a lot of pressure on any manager looking to succeed in this role. Especially with the club going through a tumultuous time in previous years with ownership and performances on the field.

Frank was coming into his first role as Head Coach with a lot of pressure and needing to stabilize the club’s future on the field as the previous season the club finished a lowly 9th position where they faced a close relegation battle.

The newly appointed Dane assembled a team that was able to dramatically right off the previous season with a fourth-place finish in the 2013-14 season taking them into a Europa League Qualifying spot. With the club looking under control and organized, Frank was able to bring in some experienced players with topflight knowledge including former Liverpool captain Daniel Agger, former Bolton striker Johan Elmander, and Teemu Pukki (current Norwich City powerhouse).

Yet another comfortable season under Frank’s reigns Brondby were able to finish a resounding third in the 2014-15 season. Ensuring another year of Europa League football and the stability that the club needed. The following season brought much of the same with another fourth-place finish, but ownership was restless and despite the consistent performances, Owner Jan Bech Andersen felt his performance as a manager was not good enough at all.

However, any respecting Chairman would criticize their employer face-to-face, but this was not Andersen’s way with Thomas Frank. Frank was criticized publicly for years via social media with Andersen using a pseudonym to pass his judgements.

Of course, Frank resigned holding his pride over a job well done at the club. A club in desperate need of help upon his arrival. His future was up in the air with many in Denmark wondering where his next step would leave him.

His decision to move to England in December 2016 puzzled many when he took the Assistant Head Coach job at Brentford Football Club. The position seemed ideal as he worked alongside Richard O’Kelly as the Assistant with Dean Smith as manager. This was a choice the Director of Football Rasmus Ankersen who was from Denmark made to ensure the “bridge for players being promoted from Brentford’s B team to the first team.”

Brentford were slowly seeing more Danish players and backroom staff coming to the club. Owner Matthew Benham also created a small affiliation with Danish side FC Midtjylland to show that the club were advancing to become a more solidified team with shrewd investments involving the Danes.

There was a feeling Frank’s impact was immediate as The Bees were struggling for form before his arrival, and with a mid-table finish likely – Brentford under Dean Smith were able to finish 10th in what was a season probably seen below par by the Brentford faithful. The form of Lasse Vibe of Denmark in front of goal was something that went unnoticed as he garnered 15 goals in the 2016-17 season.

The management staff knew the club would struggle to keep in form players such as Vibe, Jota, and Harlee Dean over the summer. With Jota and Dean leaving in the summer and Vibe leaving in the January transfer window the club made some overseas transfers including Neal Maupay.

Frank was fulfilling his job description of being the bridge between the B team and first team with numerous youngsters gaining experience with Chris Mepham benefiting greatly in the senior team.

Yet another stuttering start to the season for The Bees saw them face an uphill battle, but under the control of Dean Smith, Richard O’Kelly, and Thomas Frank the club was able to secure a 9th place finish and their summer signings Ollie Watkins and Maupay both enjoyed fine goal-scoring seasons.

The 2018 season became a pivotal time in Thomas Frank’s managerial career as Dean Smith left the club in October to become the Aston Villa manager. Days later, Frank was appointed the Head Coach of Brentford FC.

The start to life as manager in West London was certainly challenging and traumatic for the Dane. With the club on an abysmal run of one win in 10 games and the death of Robert Rowan the Technical Director at the club, it was a tough task ahead for Frank with the club and fans feeling the effects of the recent events.

It was time for Frank to step up to the role and embrace the job. He certainly achieved that. A bold but confident tactical decision showed his capabilities as a coach in the club’s hour of need. He stepped up and made minor tweaks in the side to ensure defensively they were as good as attacking.

His brilliance in tactics experience paid off when he switched Smiths 4-3-3 to a 3-4-3 which cleared up any weaknesses that were showing in defense. A back three of Ezri Konsa, Julian Jeanvier, and Yoann Barbet seemed to work effortlessly. 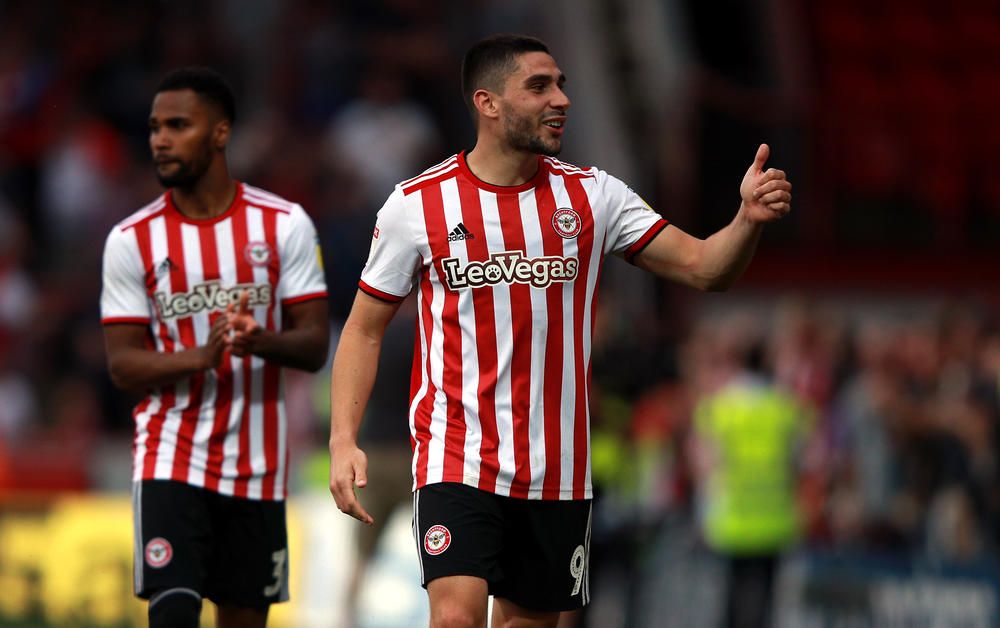 What started as a disaster turned into a miracle as the club went on almost a two-month unbeaten run only for it to end at Nottingham Forest. From 20th in the league to an eventual climb to 11th by the end of the season had shown what Thomas Frank could do.

In his first summer in charge, the club saw an overhaul of players leave in 2019 which left many concerned for the future of Brentford. Big names had left for big money including: Ezri Konsa, Romaine Sawyers, and Neal Maupay.

Frank brought in many players in the summer with Christian Norgaard being his big signing as they had both worked with each other when Norgaard was a youngster in the Danish Youth team. An exciting young prospect from Troyes in France named Bryan Mbuemo was also a vital part to the Dane’s puzzle.

The 2019/20 season in the English Championship started off slow once again for The Bees but Frank who had already shown his boldness in changing the system again managed to switch formations with ease. From playing a 3-4-3 to a 4-3-3 the team flourished with the front three of Mbuemo, Saïd Benrahma, and Ollie Watkins all contributing to double figure goals before the season ended abruptly in March due to the COVID-19 outbreak. 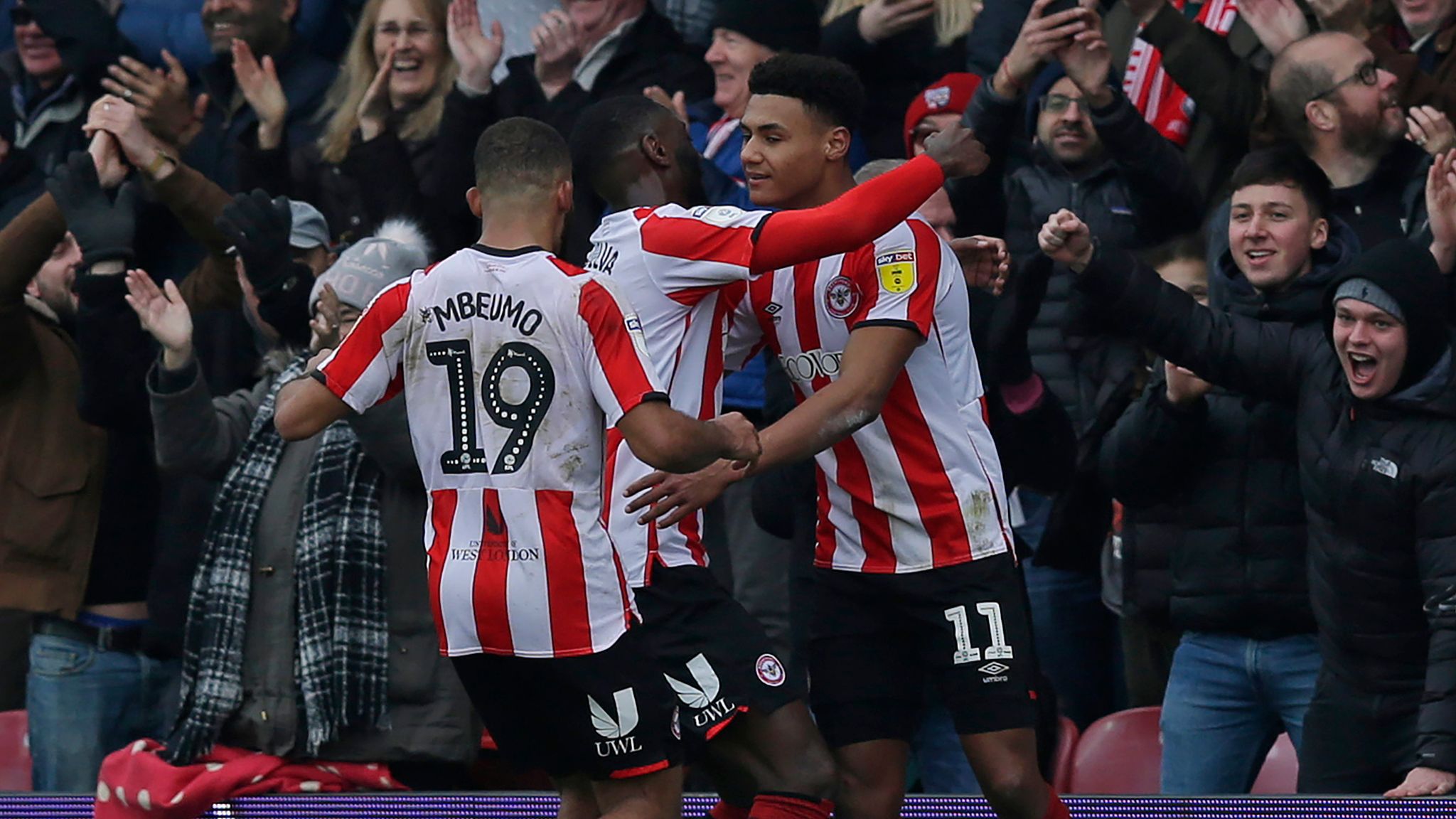 With only one defeat in seven games before the season stopped, Frank and his players were a team that many would not want to face in the later stages of the season.

The season is set to get underway on the 20th of June with The Bees in 4th place taking on London rivals in 3rd place, Fulham, in what will prove vital in their promotion charge on West Brom and Leeds.

Frank will look to continue the fine form in the hope of securing promotion to the Premier League, transforming this underdog side into a top flight team. His promising rise to the top will be somewhat of a story to tell as he has not seen an easy route as many managers may have had. His tactical prowess was what saved him his job and is likely to be the reason why he becomes Denmark’s finest manager in years to come.