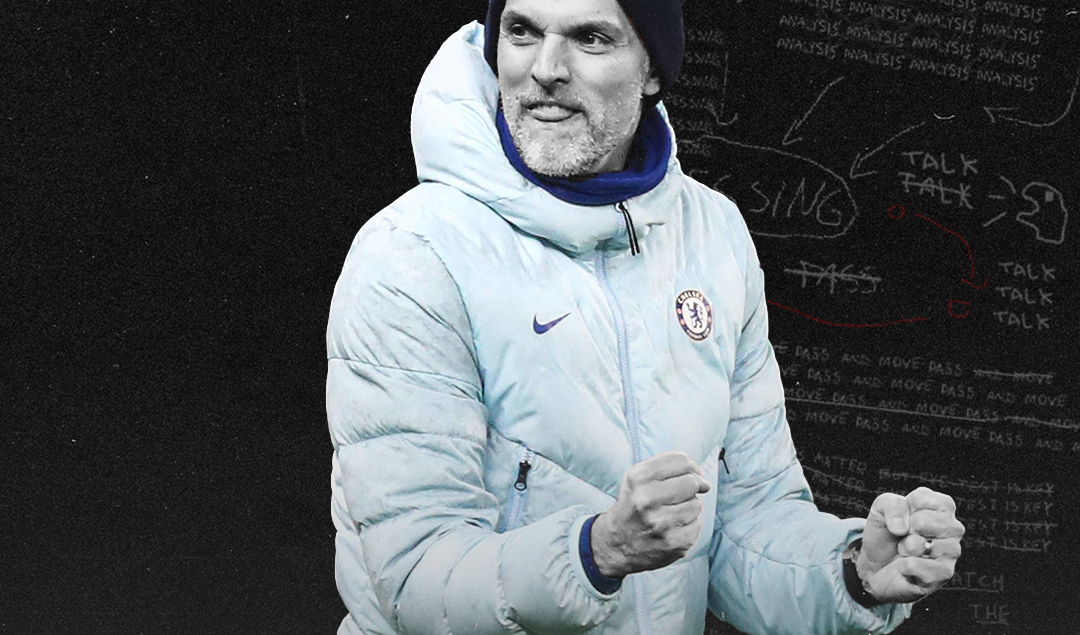 In reality, this isn’t Thomas Tuchel’s club. He didn’t bring aboard any of those who are performing for him as manager of Chelsea. He wasn’t involved in any of the transfer decisions, didn’t recommend or recruit a single one of their high-priced signings. And yet, with each passing week, every mounting result, Chelsea is becoming Tuchel’s squad. The players are clearly buying into what he’s selling, and it’s working for them on the pitch.

The stunning ouster of Spanish power Atletico Madrid from the Round of 16 in the Champions League put all the other sides on notice that Chelsea is worthy of reckoning for any club which draws them in the quarter-finals. Indeed the latest Champions League betting lines show the Stamford Bridge side as the fifth choice in the odds to win the title at +800.

The Champions League Round of 16 had developed into a brick wall for Chelsea, one that continually was proving to be too slick to climb and too tall to scale. This week’s move to the quarter-finals was the first for the club since 2013-14.

Last year, they hammered aside 7-1 by eventual champions Bayern Munich. Getting to this stage in 2018, Lionel Messi and Barcelona sent Chelsea packing. Paris Saint-Germain put the Blues out in successive years at this stage of the Champions League in both 2015 and 2016.

On this occasion, it was as much about who they did it against as it was about actually finally getting it done. Atlético Madrid are the top side in Spain, leaders of La Liga. They’ve taken the measure of Champions League powers Barca and Real Madrid all season long but proved incapable of taking out Chelsea.

The Secret to Atletico Madrid’s Success: Balance and Adapting to Luis Suárez

Coming out for the home leg clinging to a precarious 1-0 lead, Chelsea didn’t aim to protect that advantage but sought to add to it. Which they did, through goals by Emerson Palmieri and Hakim Ziyech. It’s only the third time in this century that Atlético Madrid have lost a two-legged Cup tie without scoring a goal.

Chelsea are now unbeaten in 13 matches under Tuchel. The club has conceded just two goals over that span. On paper, the personnel that suit up for Chelsea are an accomplished assembly of footballing talent. Perhaps what’s most impressive in the midst of all that talent, Tuchel’s tactical maneuvers have taken this club composed of brilliant players and made the sum of what they can accomplish far superior to the greatness of each part.

Not Afraid To Ruffle Feathers

The easiest excuse for a new manager is to shrug off any unfavorable results by pointing out that the squad he’s been asked to take over doesn’t consist of players of his choosing. Tuchel instead has taken what he was left with and sought to unearth methods to get the most out of what he has at his disposal. And he hasn’t been afraid to be bold. He’s taken measures that weren’t always popular and if they’d backfired, certainly would’ve left him open to criticism for his squad selections.

After the win in Madrid, Tuchel opted to drop goal scorer Olivier Giroud for the return leg in favor of Timo Werner, author of just two goals over his past 27 matches. It was Werner’s cross that Ziyech slotted home for the first goal of the match.

“The most important thing is that we feel we deserve this,” Tuchel told the Guardian after the win. “They play with a special bond and results like this give you a certain edge and glue to achieve special things. You can only achieve this through results and experiences.”

Then Chelsea’s new boss issued a warning shot across the bow of the other seven clubs remaining in the Champions League hunt. “I’m pretty sure no one wants to play against us,” Tuchel said. “It’s a super difficult challenge ahead because we are already in the last eight. It’s a big step – but no need to be afraid.”