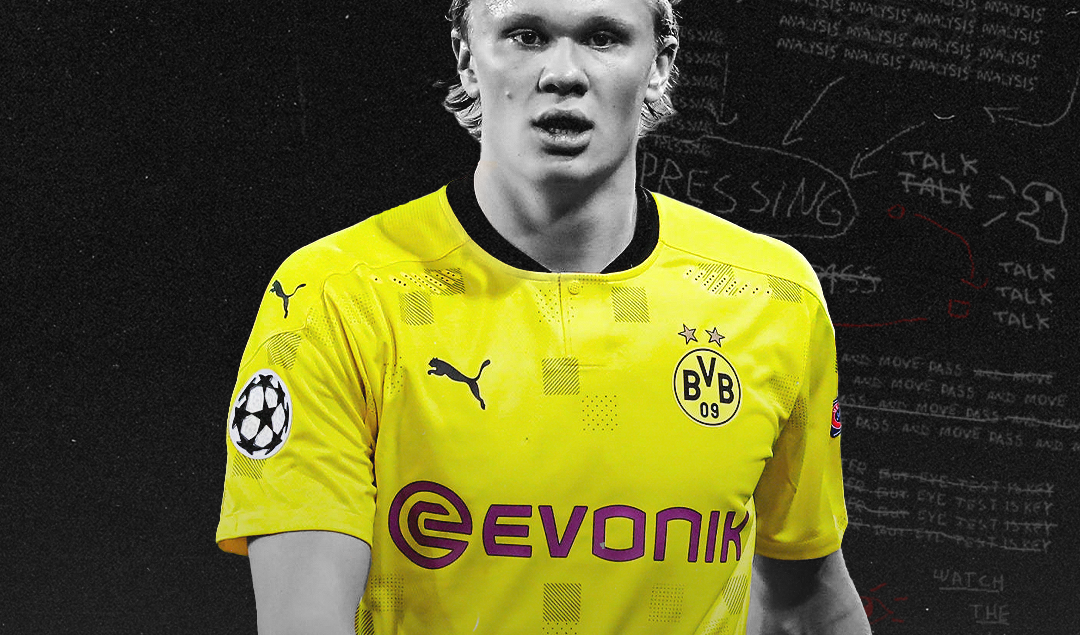 The past week we have all been talking about how Erling Haaland and Kylian Mbappé can be the next Ronaldo-Messi after their sumptuous performances in the Champions League. And when you look at Haaland’s numbers they are simply ridiculous. He has scored 43 goals in 43 games for Borussia Dortmund, 6 goals in 7 games for the Norwegian national team, and this season, he has registered 17 goals and 4 assists in 17 Bundesliga games.

He announced himself to the Bundesliga by scoring a hat-trick on his debut against Augsburg after coming off the bench and he hasn’t looked back since. So, we are forced to ask the question of just how much more is yet to come from the 20-year-old Norwegian.

Even though Borussia Dortmund are enduring a tough season as they sit in 6th place with as many points adrift of the last Champions League place that doesn’t mean that Haaland has stopped scoring goals. The past week in particular was special for him. The striker netted a brace against Sevilla in a crucial Champions League tie away from home and in the Derby against Schalke as well. His first goal against the Royal Blues which was an acrobatic one is a contender for Goal of the Season.

What makes Haaland so good is the different ways in which he scores his goals, his athleticism and versatility. One of the most impressive goals he scored this season was against Borussia Mönchengladbach as he made a 180 degree turn to put the ball in the back of the net. Despite his stature, Haaland is fast and always does the hard work off the ball. He deservedly was named Golden Boy 2020.

Now the inevitable question is where he will end up after Borussia Dortmund. Reports from Germany have stated that he will not leave this summer because his release clause will be activated in the summer of 2022. European giant clubs are licking their lips at the prospect of having this sensational player in their squad.

Perhaps the most amazing thing about Haaland is the fact that you can’t help but think the best is yet to come. His acrobatic goal against Schalke has seen him being compared with Zlatan Ibrahimović but he has the potential to even be better than the ageless Swedish striker. Haaland indicated perhaps he is learning from Zlatan when he was asked about his goal after the game.

The sky is the limit for Haaland and if he picks his next club wisely, just as he did when he joined Borussia Dortmund from Red Bull Salzburg, then his progress will continue in a positive manner. With plenty of European giants eyeing him, it will be interesting to find out where his next home will be and whether he will be able to continue his amazing goal-scoring record.