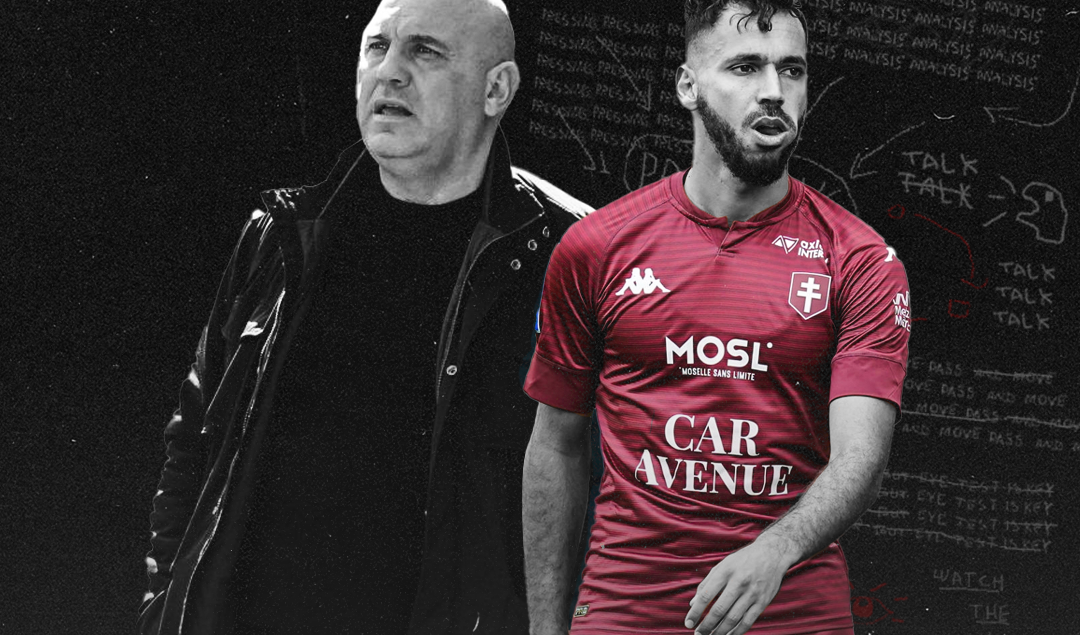 We all love an underdog story. From Greece winning Euro 2004, to Leicester lifting the Premier League crown in 2016, there’s something innately special about an unfancied side beating the odds to better the big boys. The latest iteration of a small club punching well above their weight doesn’t quite hit the heights of Leicester’s triumph, but to Metz fans, that’s certainly not the case.

The team from the northeast of France currently lie in an unlikely sixth place in Ligue 1, and are pushing for a Europa League spot next season. Their squad is valued at just £68.7 million by Transfermarkt, a pittance in comparison to others in France, PSG being the prime example, but with Frédéric Antonetti at the helm, they’re fighting near the top of Ligue 1.

Last year they finished a lowly 15th after winning Ligue 2 in 2018/19, and despite selling star asset Habib Diallo to Strasbourg for £9 million in the summer, they’ve found their feet and a winning formula. A key ingredient attributed to an underdog story is the ability of the team to become more than 11 individual pieces, and instead joining together to form one, connected, coherent machine capable of challenging a side with far greater resources at their disposal.

This most certainly applies to Metz, who don’t have a single player in the top 25 goal-scorers in Ligue 1 this year; they favour togetherness over a single talent dragging them to get results, unlike Amine Gouiri’s talisman-like impact at Nice.

Their top scorer is talented young forward Ibrahima Niane, who has netted six league goals this campaign in just 475 Ligue 1 minutes. With a goal every 79 minutes, Niane has a better strike rate than Kylian Mbappé’s goal every 95 minutes, and it’s the best in the division (of players with over 200 minutes).

Now, Niane’s extremely limited minutes make this hard to analyse too deeply, but his start to the season was electric. The cruciate ligament rupture he suffered in October has seen him already miss 23 games for Metz, and his return to action isn’t expected for a little while. Antonetti’s side have had to cope without their star man, and they’ve done it admirably.

With the Senegalese forward out injured for the majority of the campaign, Metz have managed to score just 33 goals in 28 league games in 2020/21, far from prolific, but it’s been their defence that’s caught the eye. They’ve conceded 27 goals in the league this year, which ranks fourth in the division, behind only the current top three, PSG, Lille and Lyon.

One man that’s been integral to their defensive solidity has been right-back Fabien Centonze. It’s not a name you may have heard of, but the 25-year-old has been exceptional this term. Making 6.3 tackles and interceptions per 90, Centonze ranks first in the entire league for that metric (of players with over 1000 minutes); his defensive nous can’t be overestimated.

Furthermore, Centonze is completing 1.6 dribbles per 90, which is the same tally as Rennes’ starlet Eduardo Camavinga and is only 0.2 less than Leicester’s Harvey Barnes was completing per 90 in the Premier League before his recent injury.

Yet to grab a goal or an assist this campaign, Centonze should have closer to two assists according to xA, and his underlying numbers demonstrate his ability to attack and defend extremely well; he could be a smart acquisition for many in the Premier League.

Taking a look back at the other end of the field, in Niane’s absence, it’s been 28-year-old Farid Boulaya who has stepped up massively. The attacking midfielder has five goals and five assists in Ligue 1 this campaign, as many goal contributions as Lille’s Jonathan David, and he’s gelled together with the hard-working attack.

After mustering just 814 minutes on the pitch in 2019/20, Boulaya has made himself undroppable with a string of impressive displays. The Algerian’s underlying numbers compete with the very best in France, and he’s a player who certainly caught the eye this campaign. His 2.7 shots per 90 matches both Moise Kean and Ángel Di María, and his 2.5 key passes per 90 ranks fifth in Ligue 1 (of players with over 1000 minutes). He’s the creative hub of Metz’s machine, and he’s most definitely aiding their push for Europe.

If Ligue 1 was decided by possession stats then Metz would be going down. It’s as simple as that. Ranking 18th for possession per game, with an average of 46.1%, Metz don’t see a lot of the ball, but Antonetti has instilled a philosophy of defensive stability combined with a threat on the counter-attack.

Whilst Metz are fourth in the division for tackles per game, and first for interceptions per game, they also rank eighth for shots per game, indicating that despite their limited possession, they are extremely adept at getting the ball into the final third as quickly as possible, and firing shots off.

The saying ‘you can’t score if you don’t shoot’ certainly rings around the Metz changing room, and it’s a style that has clearly worked so far this season. Whether Metz can keep up their current form is up for debate, but in a season where PSG may be toppled, anything is possible.