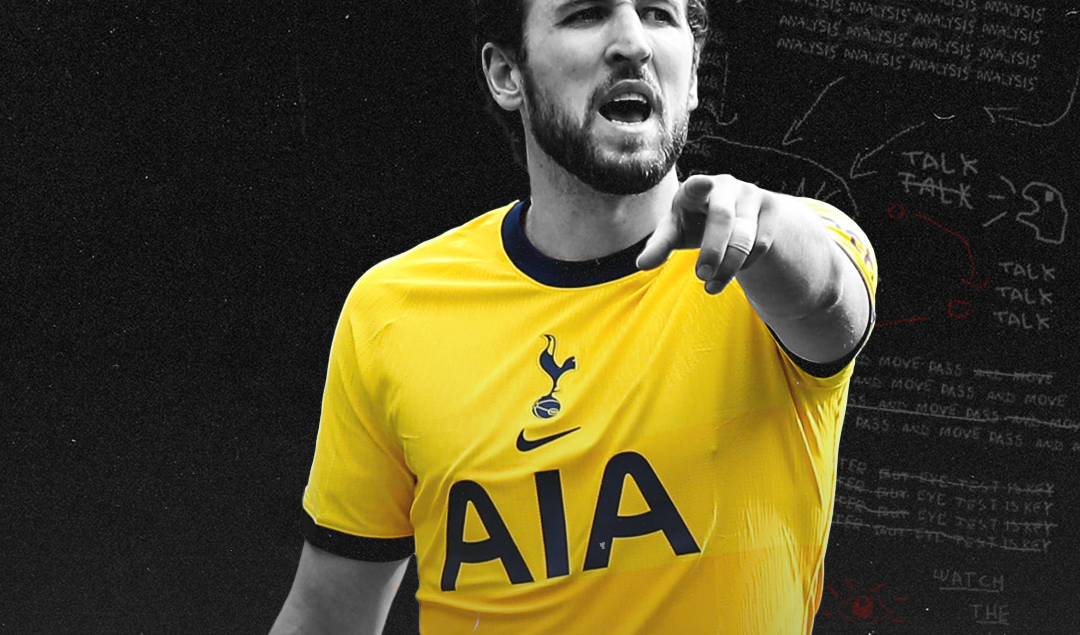 Tottenham surrendered a 1-0 lead at half time to Manchester United on Sunday, eventually losing out by three goals to one. It was a poor second half and it saw Spurs go from having control of the game in the first half to completely sitting back in the second. It has drew criticism from the football world, but as a neutral fan looking at the game, one thing was abundantly clear. How long can Harry Kane endure games like this?

He currently stands in his prime, leading the goal involvements in the Premier League with 19 goals and 13 assists in his best season to date in the league, and is the odds-on favorite to capture his third EPL Golden Boot in six seasons. Yet, his Spurs side have endured an underwhelming campaign, losing out to Dinamo Zagreb in a shock Europa League exit whilst currently sitting in seventh place, six points off fourth place. There is a Carabao Cup final to come, but that is against Manchester City. Rumours circulated that Kane could leave if they don’t make top four and that means that Kane finds himself, at 27, at a career crossroads.

Graham Souness once said on Sky Sports “put your medals on the table” the direct translation for this is that top players win trophies. It’s what allows you to rank players in history in terms of how good they were. It defines their legacies.  Kane is one of the leading number nines in world football, yet at 27 years of age, he has no major honours. The main question is, does he see a future where Spurs can go and win major honours?

We always hear that top clubs are always ‘two or three players away’ from challenging. But take into consideration the issues defensively, most notably right back and centre back as well as squad depth, lack of mentality and a manager who seems stuck in his ways.  The short answer is no; I don’t see Spurs contending for major honours, never mind winning them. Mauricio Pochettino got the absolute best out of this Spurs squad as they failed at the final hurdle in the Champions League in 2019. However, two years later, and they seem miles away from achieving such a feat again.

Kane’s legacy is in real danger if he stays at Spurs and if he stayed through his prime years, he’s unlikely to ever achieve what he’s truly capable of. He should be leading the line of a team that are competing for league titles year in, year out. Or a team who is always a threat in Europe. It will be a huge life and career decision for him and I believe this summer is the time for that conversation to become a reality.

Rumours circulating from The Athletic’s David Ornstein claimed Kane will look to leave if they don’t make top four this year. Finishing top four seems increasingly unlikely to happen. Furthermore, even if they did finish top four, most likely by the skin of their teeth if they did, they wouldn’t be a viable threat in the Champions League either way so what’s the point of staying?

This can be contrasted with the opposite – what are the chances of him leaving? Daniel Levy will want in excess of £120 million for his leading man, England’s captain and one of the best strikers in world football. He’s also more unlikely to sell to an English club, with the likes of Manchester City and United as well as Chelsea all lining up for a potential signing of a top striker this summer.

If not England, he could partner up with former boss Pochettino at Paris Saint-Germain if Kylian Mbappé leaves, as PSG could elect to not make Moise Kean’s loan deal permanent and instead choose to pursue a big-money move for the English striker. But with Barcelona, Real Madrid and Bayern Munich unlikely, it doesn’t leave many destinations for Kane, who penned a six-year contract that took his wages up to £200,000-a-week in June 2018.

For me, he seems the perfect fit for either one of the Manchester clubs as both bring different styles and situations. In City, he would be tasked with leading the line as they look to win back to back league titles as well pushing to win in Europe (something they may well do this year). Whereas at United, he would be the player to take them to that next level, becoming true challengers in England and Europe. Both seem like a great fit, but who knows what happens if he tells Levy he wants to leave and he also wants to stay in England.

When Kane hangs up his boots at the end of his career, he may look back on this summer as a defining one for his legacy. Firstly, he captains England at the 2021 European Championships, but he also finds himself at a club that is not progressing. With all the leading clubs in the world keeping a close eye on his future, he could have his choice of them all. Whether Levy allows him to go to another English club is another thing entirely, but what we can all see is he needs trophies.

With 162 goals and 33 assists in 239 games, his record is stellar, but his trophy cabinet remains empty. Top players go on to win trophies, and he is a top number nine among the best in world football. Can he finally take the ultimate risk of leaving a club that has raised him up, to go and chase trophies and truly define his legacy? We may not have long to wait to find out the answer to that question.