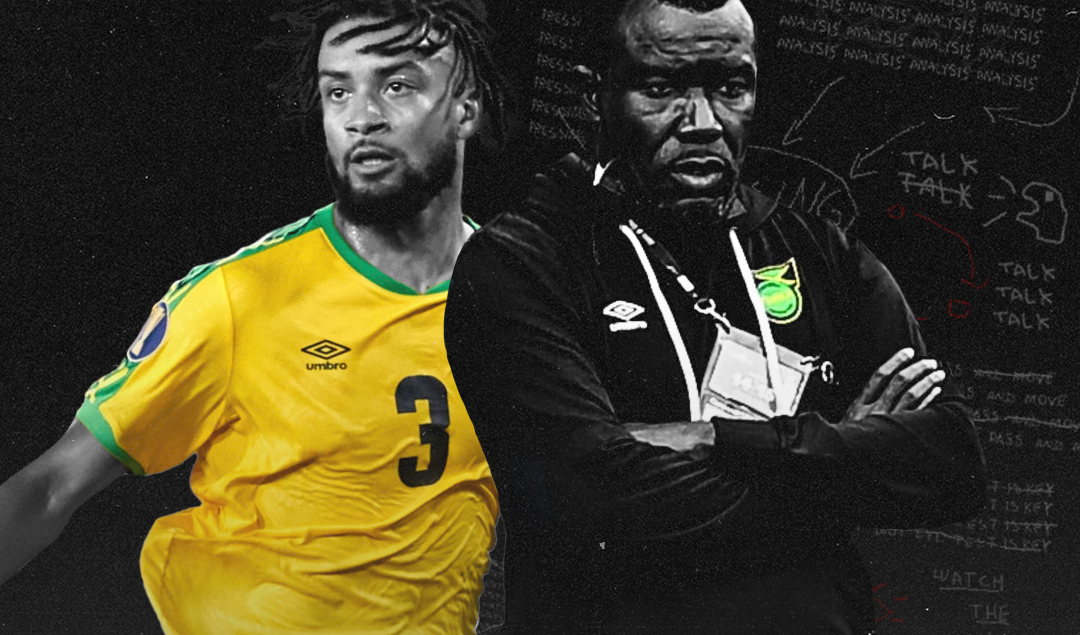 Jamaica’s World Cup 2022 qualification campaign has not got off to a good start. The Reggae Boyz have lost their first two games, leaving them rooted to the bottom of the CONCACAF qualification table.

The first of these losses wasn’t particularly concerning – a depleted Jamaican team primarily made up of rotation players was able to compete with a strong Mexican side only to be denied of a point by an 89th minute Henry Martin goal.

The second loss, however, was more worrying. Aided by the return of their English-based players, and with West Ham United star Michail Antonio making his debut, Jamaican fans were expecting a win against Panama. Instead, the Caribbean side succumbed to a dour, utterly uninspiring 3-0 defeat.

The Jamaican starting XI raised a few eyebrows for multiple reasons. One of which was manager Theodore Whitmore’s decision to play Daniel Johnson and Ravel Morrison together in a double pivot. Morrison has enjoyed an impressive start to the Championship season with Derby County playing as an attacking midfielder, and Johnson isn’t a natural defensive midfielder. The 28-year-old is at his best when given a license to roam forward and make an impact in the final third.

The inclusion of Bobby Reid and Cory Burke, two attack-minded players that rarely play out wide, on either wing left Johnson and Morrison horribly exposed. This was seen during the build-up to Panama’s first goal as Andres Andrade was allowed to drive from the halfway line to the edge of the Jamaican box without being challenged.

It felt like the coach was just trying to squeeze as many attacking players into the starting XI as possible. It was an extremely naive approach to the game as Jamaica lacked any sort of defensive robustness or steel. Eleven-year-olds playing FIFA Ultimate Team have demonstrated more tactical nous.

A natural defensive midfielder may have done a better job at shielding the back four but that’s an area of weakness for Whitmore. Centre back Michael Hector has been shoehorned into midfield with limited success in the past.

The Fulham defender has 35 caps to his name but is still yet to win over a sizeable portion of the Jamaican fan base. He hasn’t played regular first-team football since the 2018/19 season and he is usually deployed at centre back for his club. Hector may be able to add some brawn and muscle to the Reggae Boyz’ midfield, but he’s by no means the long term solution.

20-year-old Jahshaun Anglin has already earned three caps and is seen as a potential solution to Jamaica’s defensive midfield crisis by some. He earned a move to Miami FC after a breakthrough season at Harbour View FC and has racked up 22 appearances for the USLC outfit. Anglin boasts a varied passing range and looks comfortable in possession while still being able to break up play and snuff out opposition attacks.

Miami FC largely use a variation of 4-3-3, a system Jamaica have looked dangerous in previously, so it may be worth Whitmore sacrificing one of the attacking players and switching to a three-man midfield as this would offer more balance and defensive solidity. It goes without saying that the step up from the third tier of American football to the international stage is a big one, but it’d be wise to keep a close eye on Anglin’s development over the next season or so.

Alternatively, the JFF could focus their attention towards Isaac Hayden – an established Premier League player who is comfortable anchoring a midfield. Perhaps it’s because he plays for one of the most unfashionable teams in the league, but Hayden’s performances for Newcastle United always seem to go under the radar.

He offers little going forward but that isn’t a worry as he is fairly watertight defensively. As the data below from Fbref.com shows, he carries out an impressive number of interceptions, tackles and blocks as well as being aerially dominant. That’s exactly the type of profile Jamaica are currently lacking, and the type of player they could have done with on Sunday evening.

If they aren’t already, the JFF should be in contact with Hayden as he can represent the Reggae Boyz thanks to his Jamaican mother. Relying on foreign-born players isn’t ideal as it can take them a while to adapt to the rough and tumble of CONCACAF, but needs must at a time like this.

The sooner Whitmore can solve Jamaica’s defensive midfield crisis, the better. Whether it takes the introduction of new players or a change in formation, the team is in dire need of a solution as it’s clearly an area of vulnerability that opposing managers will look to exploit in the future.