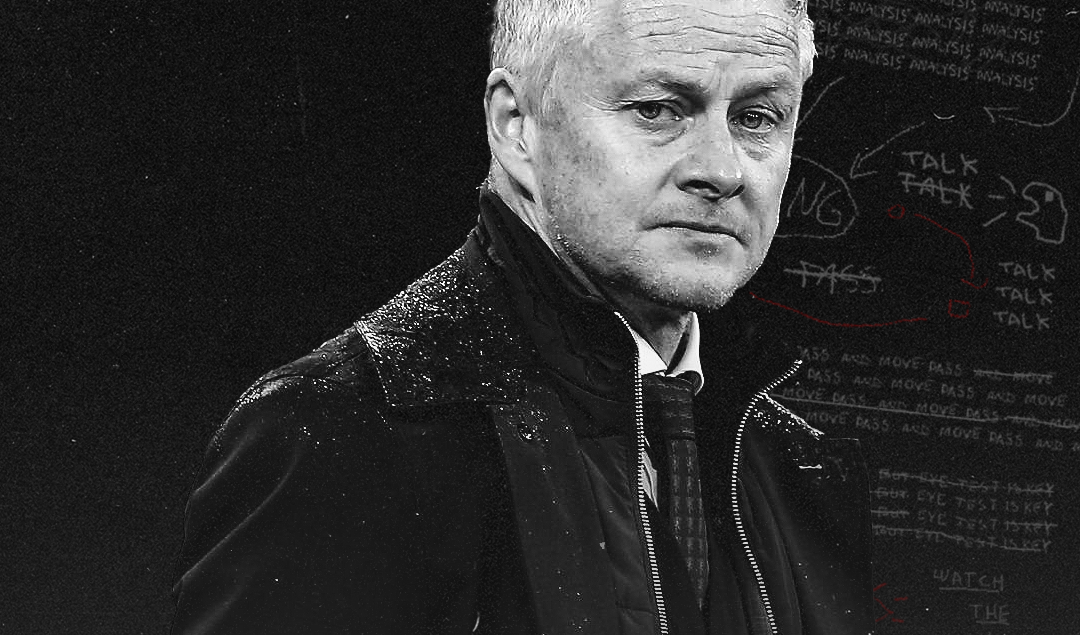 Manchester United are in danger of falling in a cycle they will struggle to come out of for a long time. A 5-0 loss to fierce rivals Liverpool has left plenty of room for speculation as to whether Ole Gunnar Solskjaer’s tenure at Old Trafford is over. With every press conference, with every game, you see a man who is desperate for fortunes to fall in his favour but it looks like his chips have run out.

Solskjaer has long been a beneficiary of individual moments of brilliance bailing him out of trouble however that can only hold up for so long. Many a time, Ole would have Bruno Fernandes, Marcus Rashford, Paul Pogba, Mason Greenwood and others that could change the course of the game in an instant and he has relied on that his entire time he has been here.

But three years into his reign, there is no structure… no style of play, no semblance of anything being done tactically to give these players the best chance of winning football matches. We are simply running on vibes and it truly begs the question: what do we do in training? What do Solskjaer, McKenna and Carrick do for this team? Because there is no evidence to suggest they are doing anything of importance. In fact, the coaching staff, in general, is a large part of the issue at hand.

As you can see, there is not much experience at a high level and there isn’t evidence that they can get the job done at a good level. It speaks volumes that we had to poach Phelan from a nonmanagerial role in Australia, promote McKenna who has no coaching experience for a first-team club and essentially just give Carrick a job for the fun of it.

None of these guys are of the required standard to take this club where they are meant to be… they’ve all simply been put on the payroll for previously being affiliated with the football club in one way or another. As much as Ole will bear the brunt of the criticism, his coaching staff have not covered themselves with glory either.

Why Ole Gunnar Solskjaer Is a Stopgap Manager, Not a Long-Term One

One of Ole’s biggest praises has been his supposed man-management but there are signs to tell you that maybe it isn’t as good as people give him credit for. He took over from José Mourinho and lifted the spirits in the camp, he galvanised the players and got them loving football again but if we’re being honest, that’s as far as it goes. How can Ole be deemed a good man manager if you look at the treatment he’s given some of the players?

The obvious one is Donny van de Beek, a superb player for Ajax, has been given no opportunities since he arrived last season. People are quick to throw these “ah well he’s not going to play above Bruno” or “he can’t play in a pivot” but we paid 35M for someone who has seen 5 minutes of action in the Premier League at the time of this article being written. Someone with his IQ and skillset surely would only be an asset to this team if given more opportunities to showcase his talents.

Another player who has been given bizarre treatment is Eric Bailly. Bailly’s United career has been plagued with injury and fitness issues so it was very surprising to see him sign a new deal last season. Ever since that new deal, he has hardly kicked a ball in a United shirt which has led to speculation of him wanting reassurances that he will get adequate playing time.

What speaks volumes to Ole’s true thoughts on the Ivorian is the recent loss to Leicester.. With Raphaël Varane ruled out and Maguire a major doubt with him even confessing that the captain had only trained on the eve of the game and that he didn’t have a reaction to training. Harry Maguire had a particularly horrid time on his return to his former club but what is really concerning is that Ole felt that a 50% Maguire was more reliable than a fully fit Eric Bailly.

What the future holds for Manchester United is a mystery but what is clear is that they need to make important decisions soon. Sacking Ole is only solving half the problem though… Antonio Conte, Zinedine Zidane, and Erik ten Hag are all names that have been linked with the role but if United have aspirations to return to the upper echelon of the Premier League in the near future, they need to get their next appointment right.