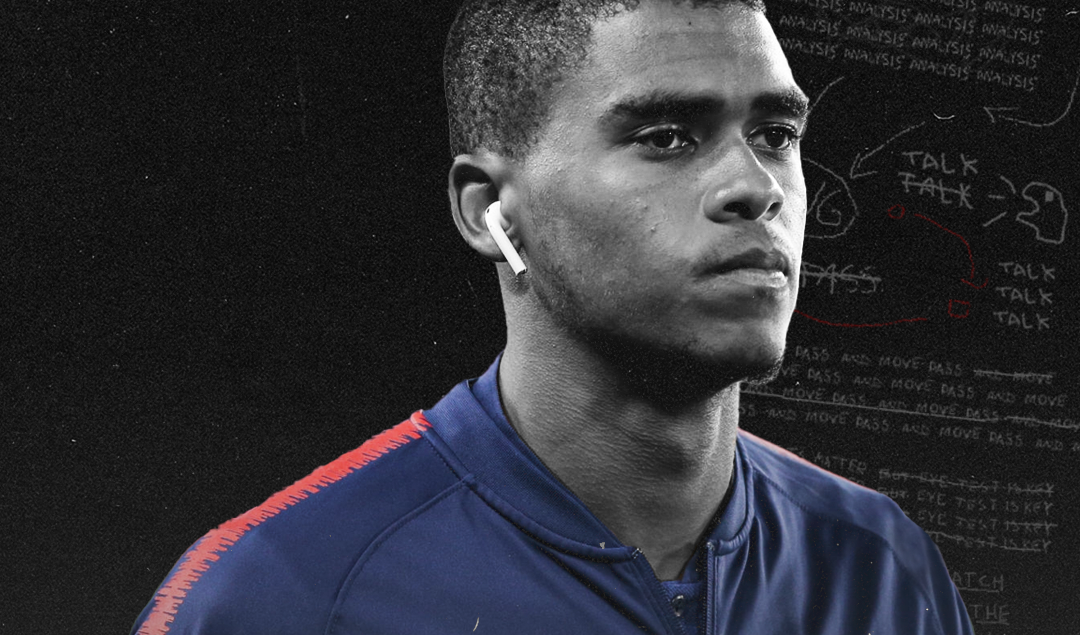 The 2020 Major League Soccer season started back in February, on schedule, but less than a month in, the league was put on hold indefinitely due to the pandemic. A return in July saw the one-off tournament called the MLS is Back Tournament with 24 out of the 26 MLS teams participating. Results of the tournament determined the standings of the regular season, which is now underway.

Unlike the NHL and the NBA, the MLS decided to follow suit with the MLB and the NFL, and hold league games outside of a predetermined safe bubble, instead opting to have games in home stadiums across the United States and Canada. It’s evident that the MLS is ignoring effective safety measures in search of profit and of an overall false idealism of the situation the world is in. Unfortunately, the handling of the impact of COVID-19 is not the only thing the MLS has dropped the ball on.

Since the murder of George Floyd back in May, America, and to an extent the rest of the world, has lit up with conversations, protests, and civil unrest regarding police brutality in the United States, and general systemic racism in society. MLS athletes were of course involved in this initiative, with many attempting to use their platform to shed light on these issues on social media, in interviews and on the pitch once playing resumed. The problem is that the MLS organization itself, and the clubs within it, can and should be doing a lot better in supporting their athletes during this time, and that starts with the insistence of playing the national anthem.

During the MLS is Back Tournament, the national anthem was not played, with MLS commissioner Don Garber stating that there was no need as fans would not be in the stadium, and thus being no reason for the players to line up before the first whistle. 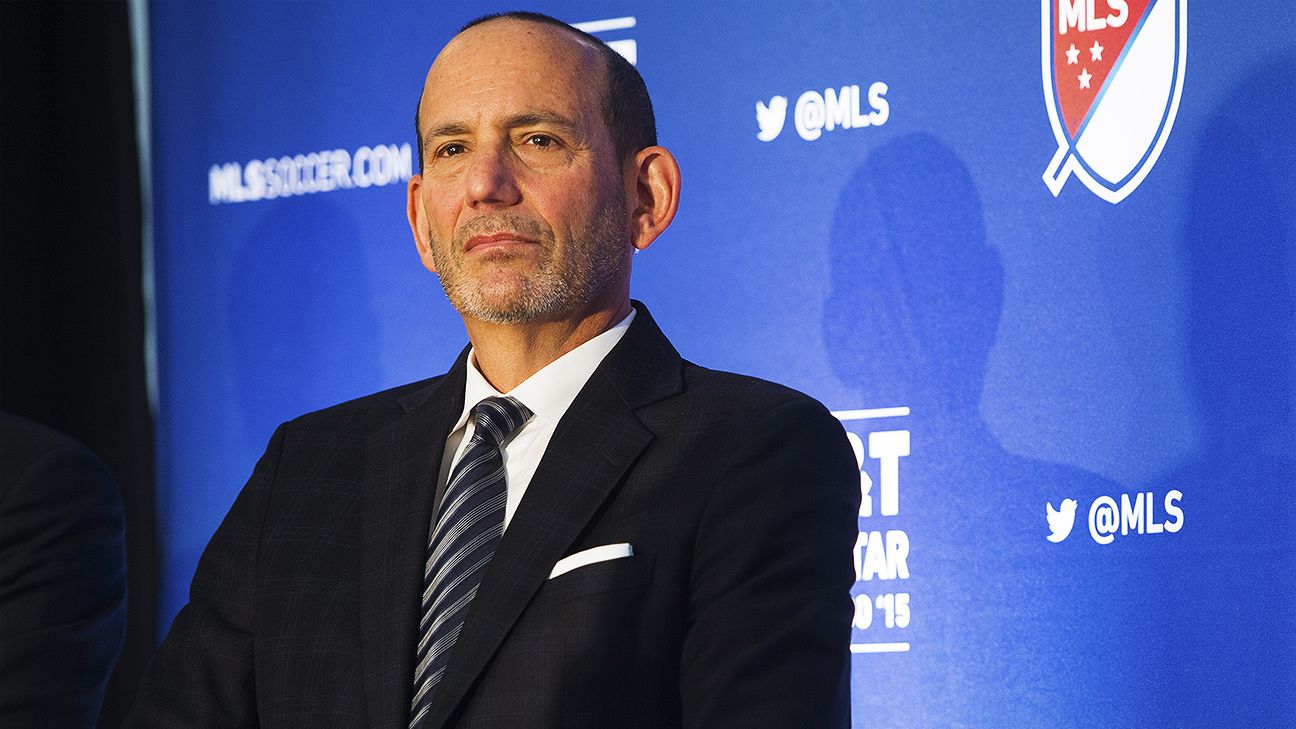 However, once the regular season kicked off, and fans in specific stadiums were allowed in (based on the laws of the particular city the match took place), the ritual of playing the national anthem prior to matches resumed. As the anthem played, most players would kneel, a movement that was started by Colin Kaepernick in the NFL back in 2016, as a way to peacefully protest police brutality.

It was expected that act of kneeling with fans in the stadium was likely to cause tension, and it was a matter of when not if things escalated. On August 12th, FC Dallas took on Nashville SC at home in Dallas, Texas. The clash started off with both starting XI’s as well as the referee’s taking a knee during the anthem. The players on the bench, as well some of the coaching staff followed suit, but it is important to note that not everyone was kneeling.

The action caused an uproar with the 5,000 fans that were allowed to attend, with loud boos, whistles, and jeers being directed to the players. After the match, Reggie Cannon, the 22-year old Dallas defender voiced his frustrations and anger towards the fans. His full thoughts that he stated at the press conference:

“I think [the booing] was absolutely disgusting. You got fans booing you for people taking a stand for what they believe in when millions of other people support this cause, and we’ve discussed with every other team, and the league what we’re going to do and we got fans booing us in our own stadium. How disgraceful is that? Honestly, for lack of a better word, it pissed me off.

We discussed that prior to what we were doing, we discussed it with [FC Nashville], everyone from [FC Nashville] was on board. Everyone across the league was on board with what we’re going to do. We asked for no anthem because we don’t feel it was right for the anthem to be played at this moment. They [the MLS] ignored our wishes. We were going to kneel regardless if the anthem was played or not.

Unfortunately, it was played during these times where we asked for an anthem not to be played. It pissed me off that you can’t even have support from your own fans in your own stadium. It’s baffling to me as a team, we try to give the best possible product on that field, and these last six months have been absolute hell for us. Absolute hell. Because we have to watch other people play soccer and we’re just sitting at home, unfortunately, contracting COVID from the unfortunate situations that we were put in. 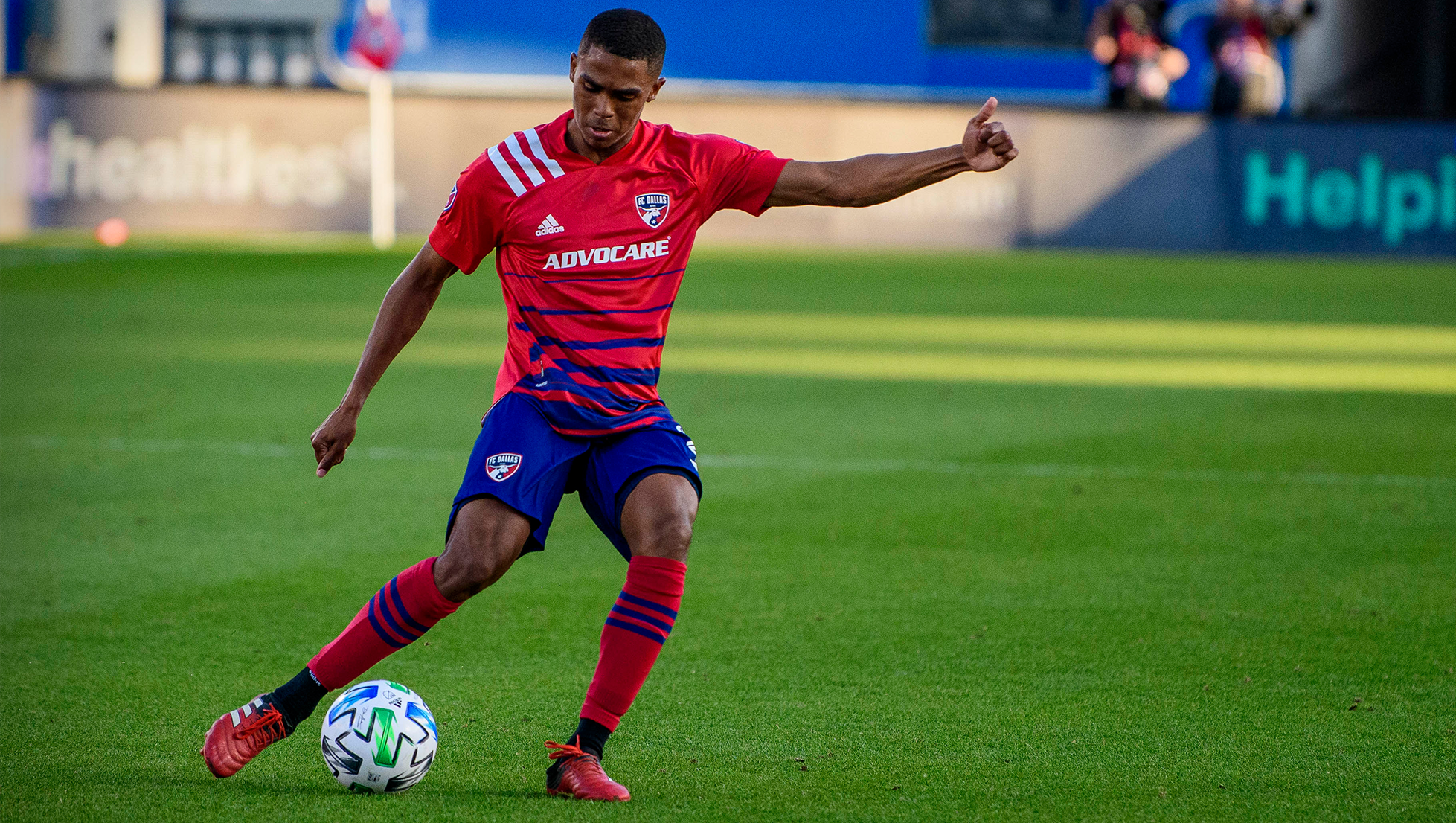 An opportunity presented itself to play tonight, and we’re mad and upset not to get the win, but I was pissed. Everyone around me was pissed. Ryan Hollingshead, the first thing he said to me after we got up was ‘I’m sorry, I’m sorry for our fans’ because we had someone chanting ‘USA’ when they don’t understand what kneeling means. They don’t understand why we are kneeling. They can’t see the reason. They just think that they were the ignorant ones, and it’s incredibly frustrating.

I’m sorry to have this tone, but you have to call it for what it is. I even knew when we decided to kneel, I knew it was going to happen. I had a feeling, That should tell you guys something, that I knew it was going to have some negative pushback from having a unified response over what’s going on. That’s the problem. That’s a problem. And it hurts me because I love our fans, I love this club. And I want to see the support that the league has given us, that everyone has given us from our fans.

Cannon, got a lot of backlash for his comments, with fans online spewing racist and ignorant remarks his way. So much so, that FC Dallas had to make not one, but two statements. The first being much more tame and vague, stating that the club hoped to bring diverse viewpoints to light. The second, which was posted about five hours later came after Cannon suffered more threatening harassment, came from the club chairman and CEO, Clark Hunt, and the club president, Dan Hunt, and they both were more direct in condemning the racism Cannon was subjected to.

While the second statement did send the right message, it became a matter of too little, too late. FC Dallas had little to no control over the playing of the anthem, that was the league’s decision. However, waiting several hours after their own player and his family was subjected to threats just so they do not alienate fans who are insistent that kneeling is disrespectful to the flag, and to veterans, was in poor taste by the club.

In the post-match press conference, Cannon also mentioned the fact that the league itself refused the players’ request to not play the anthem. Back in June, the MLS released a statement in which they reiterated the stance they took back in 2016 (when athletes were first beginning to kneel), which was that they respected any players decision to peacefully protest. However, for the league to ignore the athlete’s requests means that they are knowingly failing them by not protecting them from volatile comments made their way, like the ones directed towards Cannon.

Out of the 722 players in the MLS, only 305 are American, – just over 42%. Why should 58% of the league’s players, the majority, have to honour the Star-Spangled Banner? Fans saw that playing it only caused division and pain when we look back at one of the first NWSL matches of the season post lockdown, during the Chicago Red Stars’ match against Washington Spirit in the 2020 NWSL Challenge Cup.

The playing of the anthem saw Casey Short, a Red Stars defender, kneeling and crying into her teammate, Julie Ertz, who also was getting emotional. After the song was over, both women, and the rest of the group, were expected to just get up, get on the pitch, and start playing, as if the emotions behind why they were kneeling can easily be turned on and off. 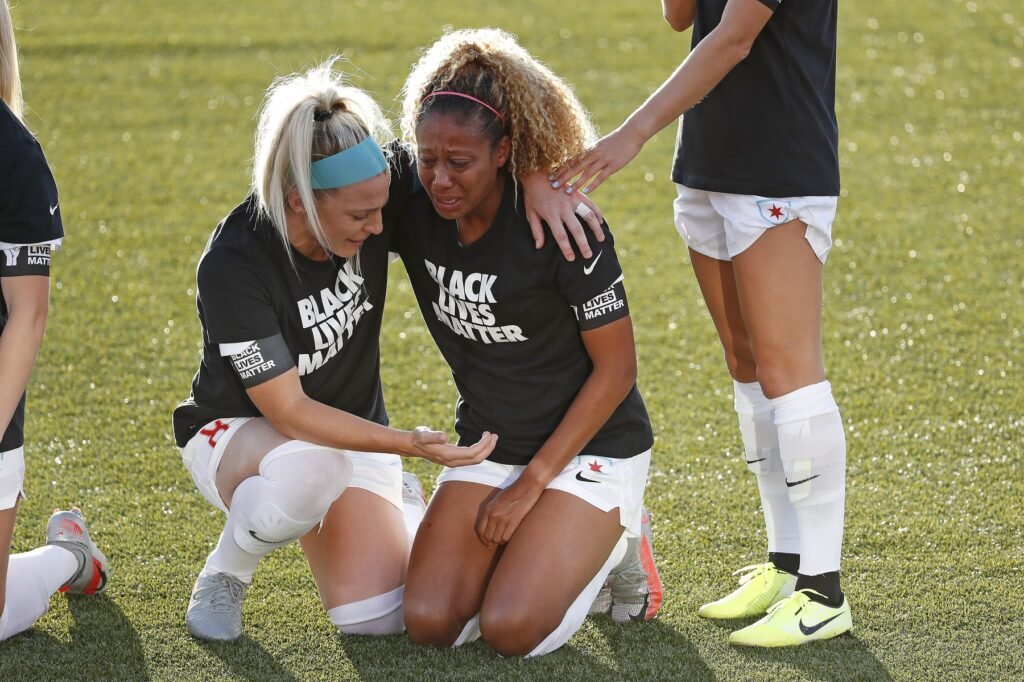 Short, Cannon and any other Black player whether they play at the college level or in the pro leagues should not bear the responsibility of showing their trauma live on television during the anthem for millions of fans to watch, just so that it can be enforced that the idea of systemic racism is still a regular occurrence for those ignorant enough to believe it doesn’t.

The national anthem does not need to be played before MLS matches, NWSL matches, or prior to any other sporting event for that matter. It’s a tradition sure, but traditions come and go as times change.

It’s all well and good for the league to print t-shirts with ‘Black Lives Matter’ on the front and back for the players to wear, and to boycott matches simply after the NBA did in response to the shooting of  Jacob Blake, but it’s time that these leagues put their Black players’ mental health and well-being ahead of attempting to appease the masses – the fans who have no problem cheering for players on the pitch, but turn their backs when the same players stand up against the hatred they face.