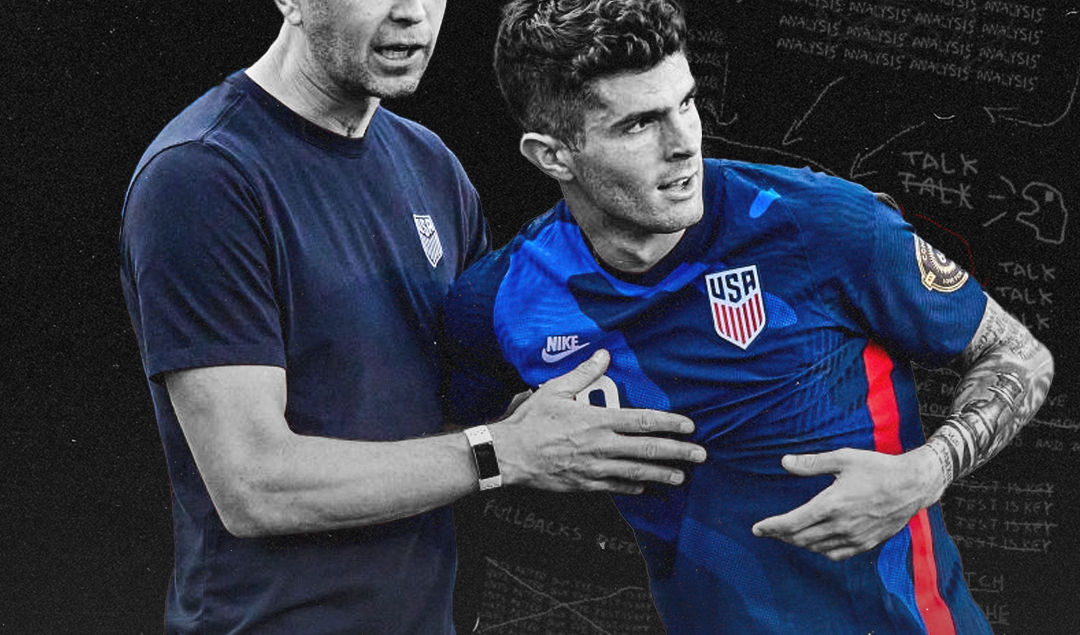 In 2019, 20-year-olds Christian Pulisic and Weston McKennie watched Mexico walk across the stage to hoist the CONCACAF Gold Cup for a record eighth time. The previous year was the first time the U.S. Men’s National Team failed to qualify for the World Cup for nearly 30 years. While the future looked bright with Pulisic and McKennie the face of the Gold Cup squad, and Tyler Adams watching from home due to injury, the present was dull in comparison.

The summer of 2021 makes the 2019 Gold Cup feel like a distant memory as the USMNT won both the inaugural CONCACAF Nations League and got their revenge with a Gold Cup win of their own. Both wins came in dramatic fashion against fierce rivals Mexico. Perhaps more promising than lifting two trophies in the eyes of Gregg Berhalter will be the squads he did it with.

The first trophy of the summer was the Nations League, and this USMNT squad featured the highest profile players the United States currently has to offer. Christian Pulisic of Chelsea, Giovanni Reyna of Borussia Dortmund, Weston McKennie of Juventus, Tyler Adams of RB Leipzig, Sergiño Dest of FC Barcelona, and Zack Steffen of Manchester City headlined an impressive squad of players.

Previous generations of USMNT fans were not used to seeing these clubs penciled into paper next to their player’s names on the team sheet. Pulisic, Reyna and McKennie all grabbed goals in a win which featured the youngest USMNT to start a final in the federation’s history.

An Analytical Look at Giovanni Reyna

Fast forward 56 days and Berhalter was naming his second youngest XI in a cup final. However, it was not due to the group aging 56 days, but rather because the manager was able to make ten changes to his XI with Kellyn Acosta being the sole player to start both matches. In fact, eight of the players starting the match had not been in the Nations League squad at all, and more than half of the XI had single-digit international caps. Tata Martino’s Mexico on the other hand had started the match with eight players which took part in the Gold Cup final less than two months prior.

The Gold Cup final was not nearly as eventful as the Nations League final, though this is something USMNT fans would probably accept with the understanding that this squad is made up mostly of young MLS players, while the Nations League squad featured players of similar age already having an impact at elite clubs in Europe. As the match progressed, the crowd which started heavily in favor of the Mexicans quieted down and moved in the USMNT’s favor.

For a second time in two months the United States found a winner in the second half of extra time vs Mexico and showed the “never-say-die” attitude that is quickly becoming a staple in the Berhalter era. Leading up to the final, the U.S. knocked off Qatar, the 2019 AFC Asian Cup champions with an 86th-minute winner, and Jamaica with an 83rd-minute winner. In six games at the tournament, Berhalter’s men conceded just one goal – a penalty kick to Martinique in a 6-1 win.

The success of the 2021 summer taught USMNT fans a lot, but even more was probably learned for Gregg Berhalter. In January 2019, Kellyn Acosta was sent home early from Berhalter’s first camp as USMNT manager, and after a period away from the team he returned to start and win two finals. The player pool is as great as it’s ever been for a United States manager both in terms of talent and depth.

With World Cup Qualifiers approaching, and three-game windows for CONCACAF nations, depth is going to be the difference for a lot of nations, and Berhalter and his staff have that in abundance. An important detail is that while over 40 players won gold medals for the United States this summer, there are players who did not feature in either camp who will have an impact on World Cup Qualifiers. If 1998-born Pulisic and McKennie was the birth year that marks the change of the USMNT, wait till you see the 2003 group.

Ricardo Pepi, Justin Che, Cade Cowell, Caden Clark, Moses Nyeman and Kevin Paredes headline the group, but are not the only players with USMNT futures. Caden Clark has secured a move to RB Leipzig, Justin Che has impressed Bayern Munich and will likely find a home there in the winter, while Ricardo Pepi is already valued at eight digits. All three of these players can find their way on a 2022 FIFA World Cup roster.

After missing out on the World Cup just one cycle ago, Gregg Berhalter has the USMNT in a position where finishing first in CONCACAF World Cup qualifying is not dreaming too big, but perhaps finally giving fans a realistic expectation.