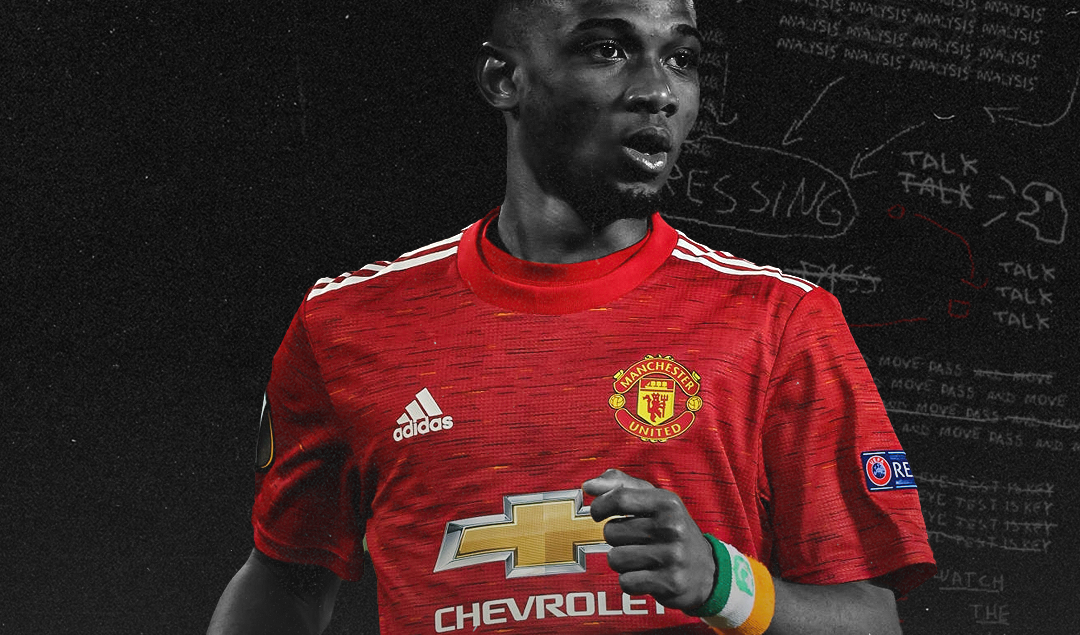 Professional footballers, no matter their age, are subjected to extreme levels of scrutiny. Every element of their performance is analysed not only by professionals who want to help them, but by fans on social media who are potentially very ill-informed.

That can be hard enough to deal with on its own but realistically it’s part of the job. The scrutiny for many players oversteps the line, however, when it’s carried out by tabloid journalists responding to tip-offs from anyone and everyone, reliable or not. It’s no coincidence that the players who have every element of their personal lives commented upon are young and black. The English tabloids hate to see a young, black player thriving.

The most prominent example is of course Raheem Sterling. He has received criticism from publications such as The Sun and The Daily Mail for all number of supposed indiscretions. Sterling’s father was shot dead when the Manchester City forward was just two. When he was older Sterling decided to get a tattoo of an M16 assault rifle on his leg, in reference to his father’s murder.

That’s a deeply personal tattoo and quite frankly as football fans, it’s none of our business. He was lambasted in the press for it, as well as receiving criticism from anti-gun advocates. The founder of Mothers Against Guns, Lucy Cope, said: “This tattoo is disgusting. Raheem should hang his head in shame.” The Sun once called him a ‘love rat’ for proposing to his ‘long-suffering’ girlfriend. The Daily Mail did their best to ruin a special moment for Sterling when he bought his mum a house.

Raheem Sterling Is Right, So Listen To Him

The supposed crime he committed was doing it shortly after England were knocked out of EURO 2016. The more interesting element of Sterling and his mother’s relationship is that he used to clean hotels with her in Jamaica when he was five, because she was scraping the money together to fund her studies. She worked hard to give him a better life, and he did the same for her. There are plenty more examples of bizarre coverage aimed at Raheem Sterling, many of which are listed here.

A new target seemed to have captured the attention of the tabloids over the past season. Manchester United’s Mason Greenwood was awarded his first senior England call-up in September. Whilst the squad were in Iceland, he and Manchester City star Phil Foden stupidly invited some girls into their hotel room, breaking strict COVID-19 protocols at a time when cases in the UK were starting to sharply rise again. The pair were sent home by Gareth Southgate. This was of course a big story as it was in the public interest. Once that story left the news cycle, a series of new stories similar to those Sterling was targeted with began to crop up.

Suddenly he’s supposedly late to training, partying the night before games, being yelled at by Bruno Fernandes in training. Greenwood hasn’t hit the goalscoring heights of last season yet, but anyone who watches him regularly can see that his overall game is improving. The goals will come.

These stories are published with no nod to the fact that he’s only recently turned 19. Not only that, a close friend, Jeremy Wisten, who had been released from Manchester City’s academy committed suicide in October 2020. That is a seismic thing for a 19-year-old to process, and there is no shame in it affecting his performances.

A worrying story published by The Daily Mail in February suggests a new player could soon be subjected to the same treatment. United signed Amad Diallo from Atalanta in summer 2020, and he joined up with the squad in January 2021. The 18-year-old has a troubling backstory.

Diallo was smuggled into Italy by a child trafficking ring with his brother and two people posing as his parents. His brother incidentally is Hamed Junior Traore, the Sassuolo midfielder. Amad was just 12 years old at the time.

This must still be a very fresh and confusing memory for Diallo to live with, as he’s now still only 18. The Italian authorities have been investigating Diallo and his brother, and the case ended with a plea bargain and a £42,000 fine for each brother. The fact the brothers are receiving fines rather than the people who trafficked them points to a raft of other societal issues.

For Every Samuel Eto’o, There Are Hundreds Who Are Left Abandoned: Player Trafficking in Football

This verdict prompted The Daily Mail to print the following headline: Manchester United’s £37m Amad Diallo is fined £42,000 for ‘falsifying documents and using bogus parents to push through his move to Italy from the Ivory Coast’. This headline that paints the children as criminal masterminds is extremely distressing. It bears all the hallmarks of the twisted stories that Sterling and Greenwood have been subjected to in the past.

Amad Diallo isn’t yet a newsworthy enough player to be viciously pursued by the tabloids, but this story suggests he’s on their radar. He’s a young, black player who has supposedly committed a crime, but is also earning lots of money for his age. If he continues to improve at Manchester United and become a key player, expect him to be lambasted by a media that barely tries to hide its evil tendencies anymore.

Euan Burns writes for immigrationnews.co.uk. This is a media platform that helps to raise awareness about migrant injustices and news around the world.