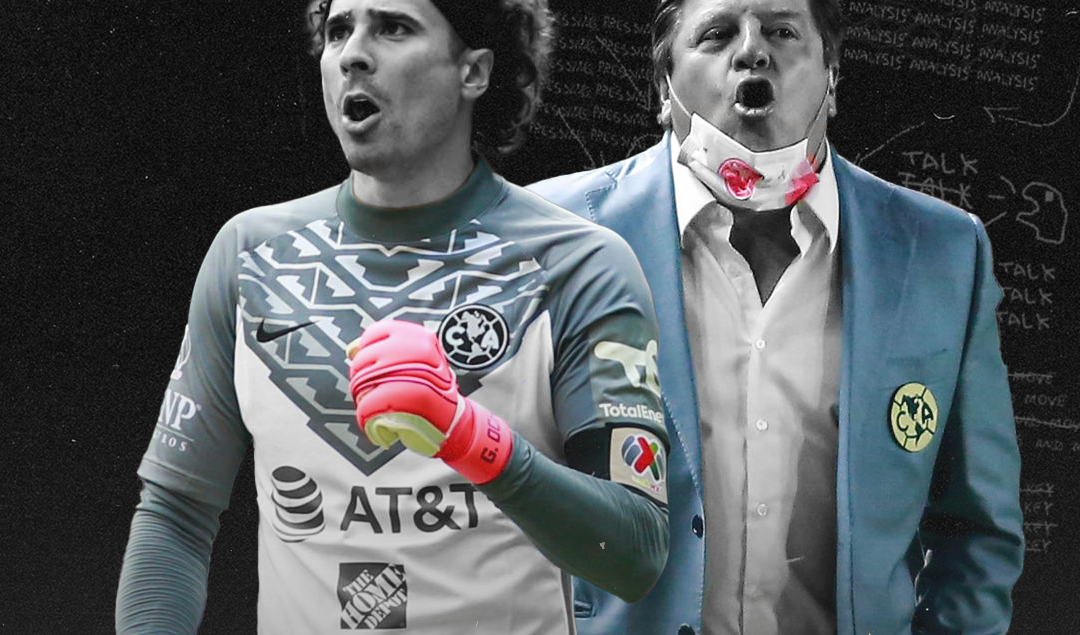 Liga MX is doubtlessly one of the most exciting leagues in America and of the few around the world that are unpredictable to know which team will be champion each semester. The reason is simple: the competition allows every squad to have huge chances of winning, since 12 of 18 sides can get a ticket for the playoffs. Crossing midseason before playoffs, we have to focus in four teams that have really good opportunities to reach the finals in Mexico: America, Leon, Tigres, and Cruz Azul.

The most winning team in the Mexican league with 13 titles and that this season is leading the tournament playing well. Actually, this is their second championship under the command of Santiago Solari, former Real Madrid coach and who wants to lift the Liga MX trophy with the most outstanding team from this country.

They have key players, starting from their captain: Guillermo Ochoa. The goalkeeper just won a Bronze medal with Mexico at Tokyo 2020 Olympics, he’s about to play his fifth World Cup and he wants another cup with America. Sebastian Cordova and Henry Martin, also Bronze medal winners with Mexico, are part of Solari´s offensive system, being in charge of generating goals for the team.

“La Fiera”, as they are known, is not only the best in Social Media, but they also show it on the field. They have been displaying one of the best styles in Liga MX since Ignacio Ambriz was their coach. They even won a title with him, but nowadays he is leading SD Huesca looking for the promotion to La Liga in Spain.

Leon has become the difficult rival for each squad in Mexico with players like Luis Montes, William Tesillo and Angel Mena they have consolidated a competitive team that aspires to win everything with few reflectors on top, now with Ariel Holan as their Head Coach.

The best team of the last decade in Mexico is always favorite to win the championship, but now they have more reasons to be considered as serious candidates to become Liga MX champions. Will they be able to do it? For this new season, they signed Miguel Herrera as their new coach. Although he had problems during the first matches, he has managed to form a real team with one of the most expensive squads in the continent.

Along with him, the Monterrey team announced the French midfielder Florian Thauvin, World Cup champion in 2018 and obviously a top player for the league. He didn’t have the best debut since he got a red card, but now he seems to understand what the team expects from him accompanied by André-Pierre Gignac, who is also french and the best scorer in history for Tigres.

Last but not least, we have Cruz Azul. “La Maquina” just broke a “curse” of 23 years and 5 months without winning a Liga Mx trophy. They even reached and lost six finals before they got the coveted championship in the past month of May. That was their ninth title in Mexico, but they still want more.

How did they do it? Thanks to Juan Reynoso. He arrived as Head Coach for the last tournament and just a few liked their hiring, even when he was the captain on the field of Cruz Azul’s last trophy. With that as motivation and hard work, Reynoso led the team to the final playing a spectacular game that ended with Cruz Azul as champion as the cherry on the cake for him and their fans. Clearly, he won everyone´s heart after that.

The staff managed to maintain the team´s base and that is why they are one of the squads contemplated to win in this semester. Could they achieve two trophies in row? That’s something only Pumas (2004) and Leon (2013-14) have accomplished. Who will win? We still have a long road until we can find the new Liga MX champion, but we will surely have fun in the process.