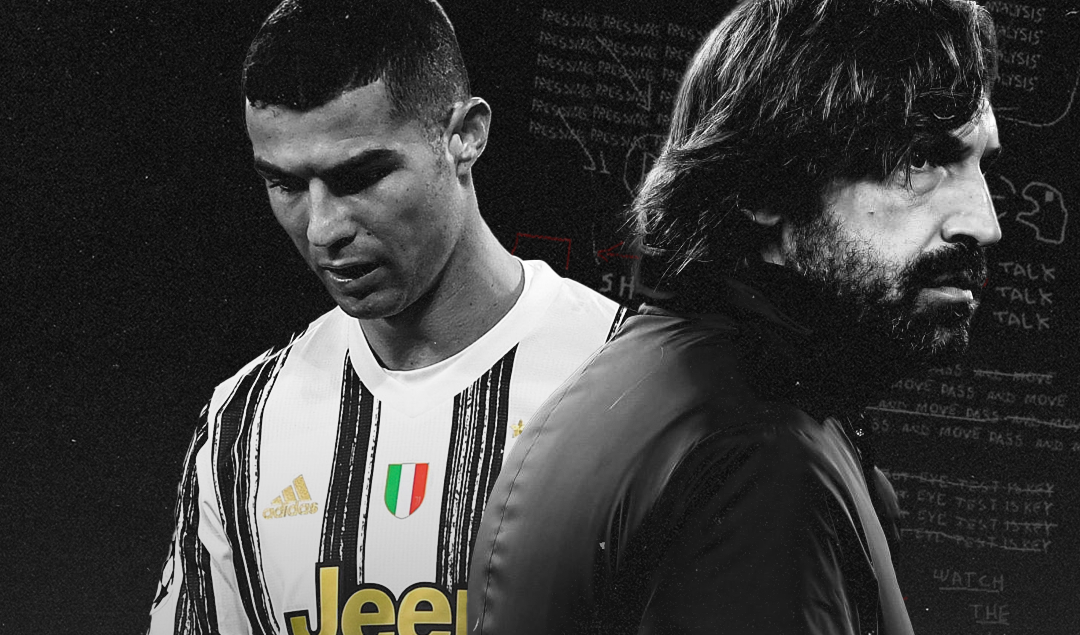 As former Juventus legend and these days, club director Pavel Nedvêd kicked the advertisement boardings in disgust at the end of extra time in Porto, Juventus crashed out of the last 16 of the Uefa Champions League for the second year in a row.

Juve played against ten men for 36 minutes of normal time and an additional 30 in extra time. The magnificent Federico Chiesa got the black and whites back into the game with two goals, but despite the odds stacked in Juve’s favor, a late Porto free-kick sent shockwaves through Europe, just as a late free-kick did 17 years ago on a fateful night in Manchester when a certain José Mourinho announced himself to the world.

It is three years since Cristiano Ronaldo was signed in a blockbuster transfer to bring home the trophy that he and the Bianconeri are obsessed with winning, yet Juventus have failed to progress past the quarterfinals since Ronaldo arrived, this isn’t what he signed up for. Although the exit is a shock, in many other facets it honestly isn’t. The erosion of Juventus has slowly crept upon them and the Champions League exit is merely a microcosm of where the Italian team currently are.

First up, let’s address the handsome, opulent, 28 million a year wage elephant in the room. Mr Champions League himself and undoubtedly one of the game’s greatest players ever, Cristiano Ronaldo. It is a testament to how stupendous the Portuguese international’s career has been that he is even in the debate of who is better between him and Lionel Messi. His legacy and sheer determination to be the best will be written in the history books.

As the Porto game arrived, Juve had been poor in the first leg, and Ronaldo was almost the worst player on the pitch. Heading into the 2nd leg, the feeling was the man who regularly delivered in the competition he adores most would inexorably turn up for the big occasion and steal the headlines again. It didn’t happen. Ronaldo was absent and has been for a few games this season.

Unable to grab the game and make it his own as he so frequently has in the past, Ronaldo barely threatened apart from a layoff assist for Chiesa to finish and a late shot from a corner. This was the man who by sheer force of will, spear-headed and came clutch for Real Madrid in Champions League campaigns powering them to an unprecedented 3-peat. This was supposed to be the man that was going to deliver the trophy Juve craved as much as he did, but on Tuesday the former Manchester United forward failed to threaten Porto’s back six.

In actuality, it was summer signing Chiesa who came close to turning the game in Juventus’ favour. The Italian has been irresistibly brilliant this year, justifying a price tag that came with heavy scrutiny as he has been the Bianconeri’s standout player of the year. Ronaldo’s astronomical wages are a burden on the club, especially during the global pandemic.

With the likes of Chiesa, Dejan Kulusevski and the exciting Weston McKennie coming through, there is young attacking talent Juve could work with if they truly believe in manager Andrea Pirlo. Not to mention the forgotten man who was the Serie A MVP of last year, Paulo Dybala. Plagued with injuries and never having a run of starting games this year, Ronaldo has missed the Robin to his Batman.

Dybala was the top scorer in the season before Ronaldo’s arrival and has been essential since the Portuguese arrived, however with the astronomical money Ronaldo commands, club director Andrea Agnelli and Pirlo might look towards building the team around Dybala and a crop of promising youngsters. Even at the back Matthias De Ligt looked to finally be settling well last season and Mehrih Demiral is another promising proposition at the back that could learn from Leonardo Bonucci.

It isn’t that Ronaldo-Juventus has been a bad partnership, he has increased the club’s value vastly off the pitch through his gargantuan brand and appeal. He has been the top scorer since arriving and scored 92 in 115 appearances, he scored 31 of the 76 goals last year as Juventus limped to the Scudetto under Maurizio Sarri.  Ronaldo’s goal-scoring prowess hasn’t diminished, it is just that he arrived when Max Allegri was dealing with an aging team at the beginning of a transition.

Allegri had to watch Paul Pogba, Claudio Marchisio, a prime Arturo Vidal and Pirlo himself leave in one way or another from that Juventus team that made the Champions League final in 2015. It is merely a case for Ronaldo being the perfect star for the perfect club, at the wrong time. Juventus did terrifically to acquire the superstar, where they failed is maintaining a squad to support him, probably because the club bled too much money on Ronaldo in the first place.

Ronaldo would also argue that he has had three different managers in three different seasons. How is anyone supposed to exuberate their style with him as a focal point in a single season? It seemed that winning a Scudetto was never enough for Sarri, as the players never understood or at least never executed what he wanted. The odd thing is, with some of the players Juventus recruited in the summer, Juventus look more of a Sarri-suited team than when the former Napoli manager was in charge.

Perhaps Agnelli, one of the most powerful men in European football as the ECA Chairman, can think back to parting ways with Allegri and not realising what he had till the Italian left. Juventus have only gotten worse since Allegri’s departure, the imposing steel and ominous aura that brought the club five Scudetto and two Champions League final appearances under Allegri has dissipated. In those two finals, Allegri came up against the famed MSN (Messi, Suarez, Neymar) and BBC (Benzema, Bale, Ronaldo) and had no trouble accepting defeat to the unique, formidable trios.

Allegri’s Juventus were always hard to beat, the Chiellini-Bonucci-Buffon group looked irrepressible and he won Scudetto after Scudetto despite having to rebuild. But Allegri wasn’t the most popular amongst every Juventus fan, as many had grown weary of the style of play which is a major reason for why Sarri came in. In searching for that exuberant, vibrant style of football that the footballing world has been hypnotised by and lusts for, Juve have lost their aura of invincibility.

To make matters worse, the man who began the Juventus domestic dominance in Antonio Conte looks like he is going to guide fierce rivals Inter Milan to the title, no less the fire in his belly scorched by his former employers. There was a sense of beautiful irony that Agnelli, the man pushing to make it easier for the big clubs to progress in the Champions League was the one dumped out at the last 16 by ‘lesser’ opposition.

Agnelli and co have major decisions to make that will shape Juventus for the next few years, the players look like they have taken to what Pirlo is trying to do but the squad was better under Allegri. Chopping and changing managers seems too vigorous a decision at this stage, especially if Agnelli is to get behind the rebuild and support Project Pirlo. La Vecchia Signora is not necessarily on its knees, but it may need to act swiftly and succinctly to make sure it won’t be.