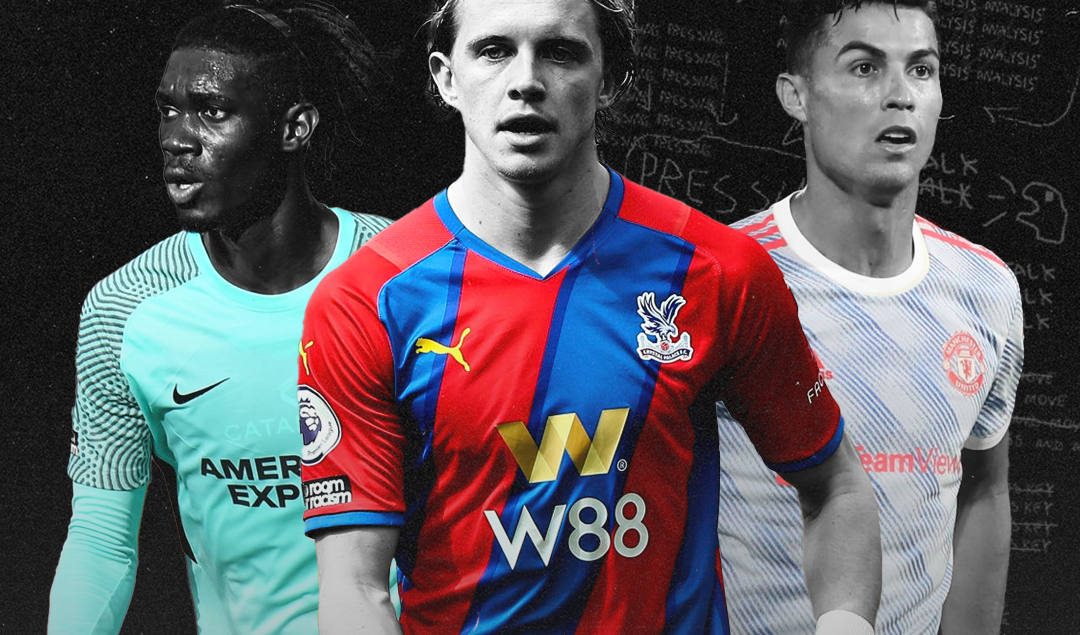 One of the most controversial international breaks of the past few years has come to an end, and the Premier League has now returned with various emotionally gripping and tactically fascinating matches. A week that brought us the second debut of Cristiano Ronaldo at Manchester United and the first victories of the season for Arsenal and Wolves, also confirmed to us that this Brighton Hove & Albion side has something that last season’s side desperately lacked: end product in front of goal.

To wrap up a superb weekend of Premier League football, we will now take a look at the best performers of Matchday 4 of the campaign. Warning: this Team of the Week contains an incredibly underrated goalkeeper, a center back who filled in at defense but also as a creative midfielder, a midfielder who played two paces above the rest of his teammates, and plenty more. The formation we will go with is a 3-4-1-2.

Despite the superb performance from Norwich City’s Tim Krul against Arsenal, preventing 1.6 goals according to StasBomb’s xG figures, the goalkeeper place is given to Édouard Mendy. The Senegalese registered six saves against an Aston Villa side that threatened Chelsea’s invincible record on various occasions in the first half, and while they aren’t especially complicated, he helped compensate for Saúl and Mateo Kovačić’s problems of containing John McGinn and Jacob Ramsey.

The back three is made up of Trent Alexander-Arnold, Joël Matip, and Mohammed Salisu. After an uncomfortable performance in midfield against Andorra, Alexander-Arnold returned to his right back position and delivered a prime performance that proved why he doesn’t need to play in the center of the pitch to take up those deadly positions. He generated 6 goal-scoring opportunities and 12 long passes, and continues to have the highest key passes per game in the Premier League with 5.

Alexander-Arnold’s importance was only topped by Joël Matip, who proved to be Jürgen Klopp’s surprise creative influence. Leeds United did not go with their aggressive man-marking scheme and instead focused their energy on limiting Virgil van Dijk, Mohammed Salah and the other biggest creative threats from getting on the ball. Matip took advantage and tore apart their scheme en route to a 3-0 victory.

Whether driving forward, breaking the lines with his passing or keeping Patrick Bamford quiet, Matip was everywhere at Elland Road and played a key role in Salah’s opener as well as Thiago’s annulled goal minutes later. The result may be overshadowed by Harvey Elliott’s horrific injury, but it nevertheless saw a disciplined and comfortable away win for the Reds who are level on points with Everton, Chelsea and Manchester United atop the Premier League table; Leeds, on the other hand, are just a point above the relegation zone.

The last of the three defenders faced off against the reigning Premier League Player of the Month in Michail Antonio and completely nullified the Jamaica international. With 8 clearances, 4 interceptions, 7 recoveries, 8/13 successful presses, 2 blocked shots, 4/6 ground duels won and 3/4 aerial duels won, nothing escaped Mohammed Salisu, who led Southampton to a stalemate and their third point of the season.

The two central midfield positions are split between Fabinho and Yves Bissouma. The Brazilian delivered a masterclass at Elland Road and blocked all passing lanes and prevented Stuart Dallas and Rodrigo Moreno from enjoying success between the lines, whilst constantly offering a passing option to help draw in both of Leeds’ interior midfielders and allowing Matip the time and space to advance with the ball.

After a stellar campaign under Graham Potter, Bissouma has continued his excellent form for Brighton, completing 52 passes and 73 touches in a match where Brentford pressed in an intelligent manner and put the Seagulls under serious pressure. Once Brighton advanced into the final third in the second half of the match, Bissouma would act as a pseudo-mediapunta, linking together short passes and picking out his teammates in dangerous positions.

In this team, Conor Gallagher fits in on the right side of midfield, but the truth is the Chelsea loanee and Palace midfielder could excel in just about any area of the pitch. He wasn’t especially influential on the ball, but he played a vital role defensively, blocking spaces, constantly following Spurs players and harassing players who received with their back to goal with an impressive 27 pressures and 4 fouls. Tottenham could not wait to see them back of him, but not before dropping their first points of the season in a 0-3 loss.

It was less than two months ago that Andros Towsend was a free agent after the expiry of his contract at Crystal Palace, but today, he has become one of the most important players for Rafa Benítez’s Everton. After a mediocre first half, Towsend turned the gears up a notch and delivered an excellent cross to Michael Keane and an absolute golazo to beat Nick Pope, snatching the lead from Burnley within the course of eight minutes. Towsend provides speed, defensive work, and danger from the left flank, and at 30, he is emerging as a vital starter for the Toffees.

In the #10 position, Leandro Trossard is the second Brighton player to make the team after scoring a late winner to silence the Brentford crowd. He was constantly in the right position to receive a short pass from Neal Maupay or Danny Welbeck whenever Brighton booted a long ball down the wings to evade Brentford’s pressure. The goal was a thing of beauty, with the Belgian receiving at the edge of the box, brushing past Mathias Jensen and Pontus Jansson and launching a goal into the right corner.

There can be little debate here: the second debut of Cristiano Ronaldo has to be here. The Portuguese forward opened the scoring before halftime, pouncing on Freddie Woodman’s botched save and tapping home from close range. Six minutes after Javier Manquillo evened the scoreline for Newcastle, Cristiano put United back in front, reading Luke Shaw’s movement and sprinting into space between Isaac Hayden and Manquillo, before slotting in the second goal.

It wasn’t just goals; Cristiano also generated an impressive 1.3 xG and had plenty of importance outside the box with 43 passes. Spearheading the attack as the central forward in Ole Gunnar Solskjaer’s 4-2-3-1, Cristiano delivered the perfect homecoming and proved why, even at 36 years of age, he is still one of the deadliest forwards in world football.

We close out this team with an Ivorian winger who has brushed off a disappointing start to the season and delivered a talismanic performance under Patrick Vieira. After completing just 2 out of 6 dribbles in his first three weeks, Wilfried Zaha completed 7 out of 13 dribbles against Tottenham and gave a rude awakening to Emerson Royal in his Premier League debut. He caused Japhet Tanganga to be sent off, won 10 out of 16 ground duels, generated plenty of dangerous opportunities and grabbed a goal and an assist to lead Crystal Palace to their first victory of the season.