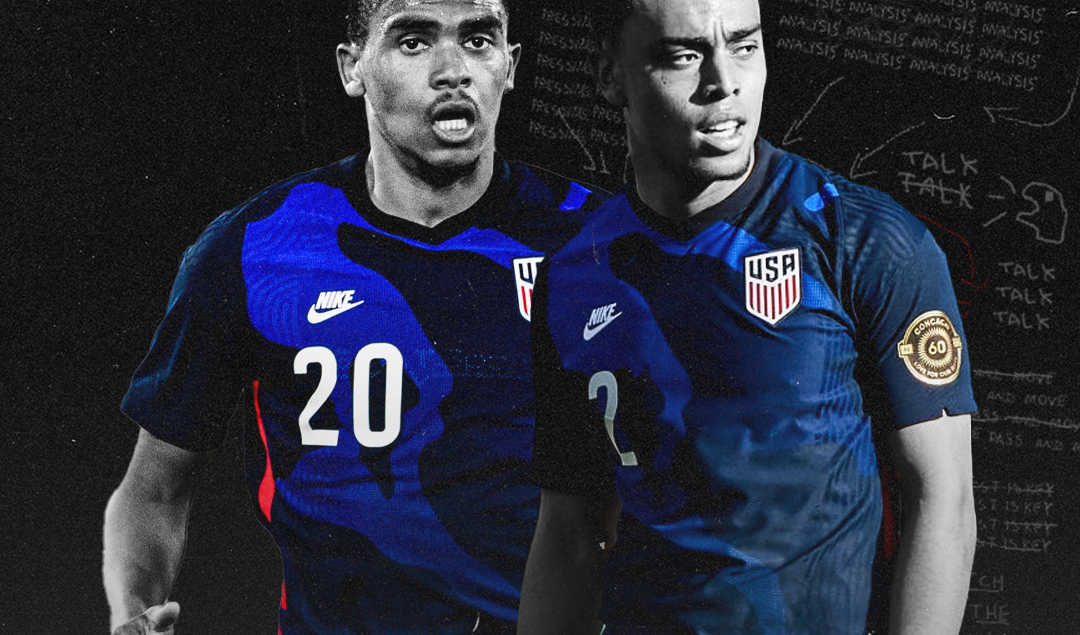 With all the talk being about the European Championships and analysis on the squads picked, England’s highlight has been the depth of quality right backs at there disposal. With Kyle Walker, Kieran Trippier, Reece James, and Trent Alexander-Arnold before his unfortunate injury all being chosen for the England national team in the European Championship this is an amazing headache for Gareth Southgate to have when determining his strongest starting eleven.

However, a nation being overlooked for their right back talent is the United States. A nation with a lot of fantastic prospects rising the ranks in Europe’s finest leagues. The Right Back position seems to be a hotspot with Sergiño Dest of Barcelona, Reggie Cannon of Boavista, veteran DeAndre Yedlin of Galatasaray, and youngster Bryan Reynolds growing as a player all vying for the starting position in the US National team. There are other names not mentioned that are also competing for the chance to play at the senior level.

The United States are certainly a team that possesses the ability to rise in major tournaments. Recently earning a win against Mexico in the CONCACAF Nations League shows the US have serious potential. The last time the US beat Mexico in a competitive tournament fixture was in 2013 for FIFA World Cup Qualifier match. Dest, the starting right back for Barcelona is only 20 years old and already possesses the qualities of a seasoned professional.

Dest has managed to break numerous milestones for United States soccer. Dest, is the first American player to score a goal for the club in a Champions League game against Dynamo Kyiv in 2020. He is also the first American to play for Barcelona in La Liga. A bright future for a right back who perhaps does not get the recognition deserved.

Before Dest’s stardom to the top at Barcelona, he was plying his trade at the prestigious Ajax academy before making his big break into the Ajax first team. His one season in the Eredivisie was enough for Ronald Koeman to splash the cash on the highly-rated youngster. A $24 million transfer to Barcelona was the start of a blossoming career ahead for the American.

Reggie Cannon, 23, a young player who did not have the same route to the top as Dest. Cannon started the familiar route in America by playing a season in college for the University of California, Los Angeles. After his first season as a Bruins, Cannon decided to sign a homegrown contract with his former academy team FC Dallas. Cannon’s career took a steady start in MLS days, but a strong 2019 season was enough to catch the eye of European clubs.

With 2020 being a shortened season with very little action it was not until the latter stages of 2020 that Cannon signed for struggling Primeira Liga team Boavista in a $3.5 million deal. Again, a strong season has seen Cannon in the forefront of Gregg Berhalter’s plans in the US National team. After earning his first goal in the National team against Costa Rica on June 9th, Cannon has attracted further interest from clubs in Europe.

Within this category of right backs, it is still wrong to miss DeAndre Yedlin off this list. Yedlin has been a superb professional for many years in Major League Soccer and of course the English Premier League. At the age of 27, the US soccer veteran still has a significant part to play in the National team. Also, having played two seasons in college soccer for the University of Akron, Yedlin became the first Homegrown player to sign for Seattle Sounders and immediately made his name heard. Yedlin went on to become the first rookie to be named in the MLS All-Star team.

The American would go on to sign for Tottenham Hotspur of the Premier League on a four-year contract. Yedlin saw his opportunities limited at Spurs and would go out on loan to fellow Premier League side Sunderland AFC. In 2016, after a short time at Tottenham Yedlin moved to Newcastle United on a five-year contract. In his five seasons at Newcastle, the American veteran player made close to 100 appearances for the Magpies. His experience is priceless, and Yedlin has been a significant catalyst for American soccer players looking to emulate his time in the Premier League.

Lastly, US youngster Bryan Reynolds aged 19 is a player to watch. Another product of FC Dallas’ academy – Reynolds became the youngest homegrown player to sign a contract at the club. After impressing for affiliate side North Texas Soccer Club on loan, Reynolds contributed to Dallas’ 2019 season to earn himself a four-year contract at the Lonestar club.

In 2021, after impressing consistently in the Dallas first team Reynolds earned himself a 6-month loan contract at Italian giants, Roma, with the option of being bought. The American rookie earned himself a national team call up in 2021 against Northern Ireland. Reynolds at the young age of 19 is a mighty talent that is working his way up the pecking order for recognition in Europe and for the US national team.

The United States have a young squad with many talents at this current time. We have all seen the likes of Christian Pulisic, Gio Reyna, and Weston McKennie making big things happen in Europe for there respective clubs. Is the future of US soccer looking brighter? Are we starting to see a new generation of world class talent? Questions that have always loomed over the nation’s head.

The choice of right backs is a sign of depth that the US has never had in the squad. I think it would be fair to say that the right backs named are not of the same caliber of the England right backs named. However, the potential is there and the importance to recognize that the nation has that is a steppingstone to ensuring future success in major tournaments.

The word that sums the United States national team is ‘depth’. Depth has never been an attribute for the US with few players making a substantial contribution to the squad. That has changed! US soccer is on the up with class, experience, potential, and ability all surrounding the talent in the squad.