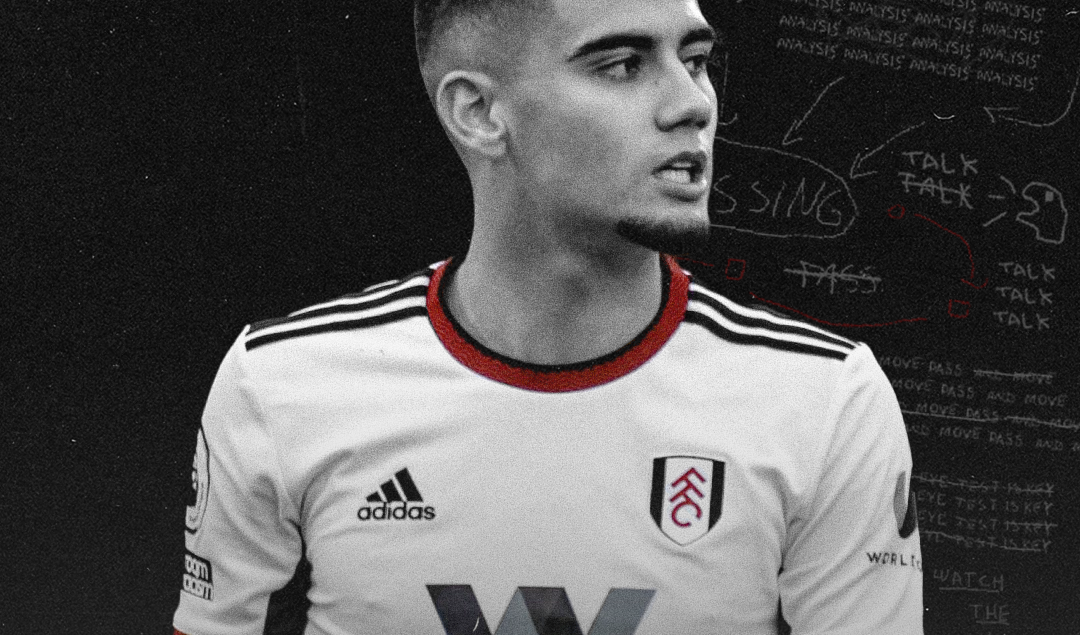 Fulham have defied all expectations this season. A team full of redemption arcs, from Aleksander Mitrovic to manager Marco Silva. This is a group driven by something greater than the glitz and glam of the Premier League. One man who’s taking this mantra more personally than most is Andreas Pereira. After an eight-year spell at Manchester United, where he made just 45 appearances, Pereira’s move to West London was met with skepticism. But the Brazilian has taken to life down south with unerring confidence.

The fact Pereira has assumed responsibility over Fulham’s set-pieces is a testament to the esteem he’s held at the club. And this isn’t a power play either — Pereira is consistently creating high-quality chances from dead-ball situations. His in-swinging corners have already produced two goals this season, whilst his deep free kicks allow Fulham to flood the box.

Fulham were heralded for their NBA-style corner kick routines last season. But even in the absence of Jean Michael Seri, the effectiveness of Fulham’s corner kicks has not diminished. Pereira has filled the creative void left by the Frenchman almost instantaneously.

Pereira is Fulham’s main attacking outlet, with his quick feet and composure allowing him to skip past challenges and spread the ball. A staple of the 26-year-old’s play is his sweeping switches of play. This allows Mitrovic to pull wide and collect the ball in the area without attracting the attention of the centre-back who will have been briefed to tightly mark him.

The 26-year-old ranks 12th in the Premier League for big chances created, whilst his four assists are enough to see him rank fourth. Given the license to roam as the main creative force, Pereira seems a shadow of the player he was at Manchester United. Joao Palhinha’s presence as the deeper midfielder, he ranks first for tackles in the Premier League, has allowed Pereira to release the shackles.

Pereira has not lost the combative edge that surmised much of his time at Manchester United when he was used in more of a controlled manner. Fulham base a lot of their play on tackling hard and moving the ball with pace and intent. Their midfield is therefore a solid unit that works in tandem to win back possession, so whilst Pereira is the creator, he too is entrusted with winning the ball back.

Fulham have taken the Premier League by storm with their aggressive attacking play, and willingness to employ these tactics against every team in the league. Pereira has been central to this, adding a creative vigour that Fulham sorely missed the last time they were in the topflight. There’s still a long way to go in the season, but Fulham have shown time and again that they’re not ones to lie down and settle for a result.