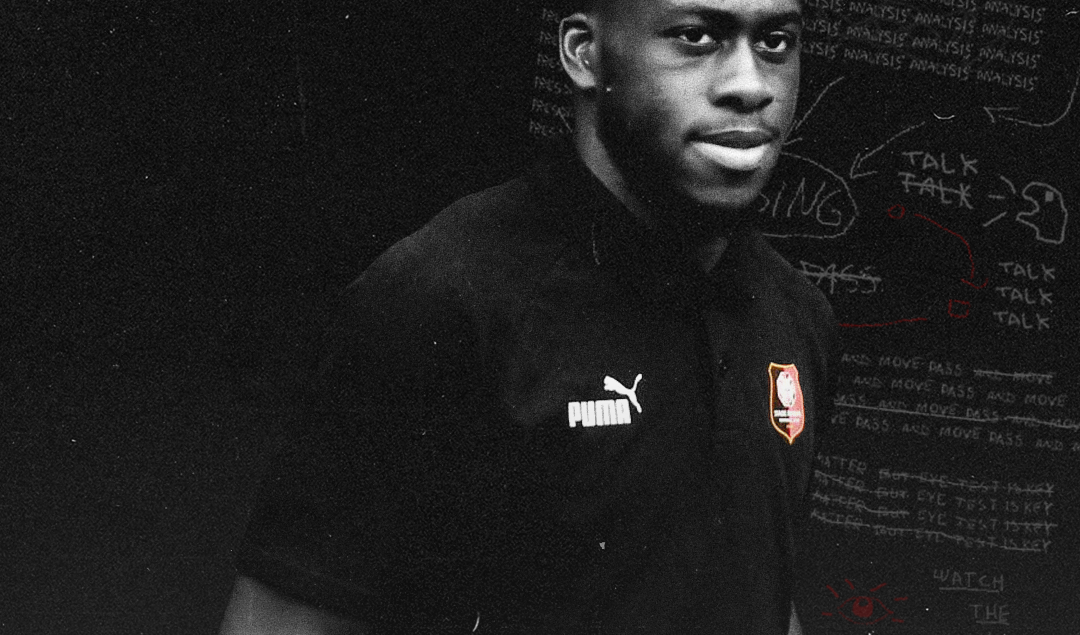 With Kylian Mbappe’s recent outcries over PSG’s failure to sign a striker in the summer, some have questioned why Les Parisiens sanctioned the £18m departure of Arnaud Kalimuendo to Rennes. Of course, it’s not black and white. Mbappe has bemoaned the lack of a target man, an Olivier Giroud-like forward, while the 20-year-old striker is much more of an outlet.

Still, with his start to the season, there will be fans in Paris who feel the club have yet again made a mistake in letting one of their academy stars go. The Frenchman looks like another who will be joining those ex-PSG lists alongside Christopher Nkunku, Mike Maignan, Moussa Diaby and so on.

Devoted viewers of French football will already know the name of Arnaud Kalimuendo-Muinga. He spent the last two seasons in France on loan at relegation candidates-turned-European-challengers, RC Lens. In 65 games under Franck Haise, Kalimuendo scored 21 goals and assisted six.

On its own, that would be a phenomenal record for an 18-year-old playing his first two seasons of senior football, but adjusted for goals per 90 and it looks even better. He scored 0.5 goals p90, from an XG of 0.4 p90. In simple terms, Kalimuendo outperformed his expected goals by over three, across two seasons, showing signs of an above-average finisher.

That lines up with what fans of Les Sang et Or would have seen of their striker who only really became a starter in the 21/22 season. His goals against Christophe Galtier’s Nice last April were a good demonstration of his ability. The first was a case of good positioning, being in the right place at the right time, and improvising well to finish a scruffy goal in finessed style.

His second in the game did the rare job of making now-PSV stopper Walter Benitez look completely hopeless, as Kalimuendo raced behind the defence, rounded the Argentine and cooly finished.

As Lens held just over 50% of the ball last season on average, that pace in behind was useful for Haise’s team. It helps that Kalimuendo is so explosive, giving teams who drop deep less room for error knowing he can take advantage of any space.

Genesio himself described the striker as an “additional weapon”, someone who will compliment the litany of Rennes’ attacking talent. Kalimuendo certainly fits that description. Yet despite their wealth of attacking talent, not every one of Rennes’ recent recruits has shined consistently, examples being Jeremy Doku and Gaëtan Laborde.

Bruno Genesio’s side are one of the more ball-dominant ones in the division too, so when the club sanctioned their fifth-highest transfer fee out on the 20-year-old from Paris, it wasn’t seen as a nailed-on success. That’s even ignoring the fact that Rennes already have Amine Gouiri (arriving from Nice in the summer) and Martin Terrier in the squad, players who can all comfortably hold the center forward position.

Kalimuendo has only made a handful of appearances for the team holding 58% of the ball this season, with him mainly starting front two with Terrier or Gouiri. In action though, that’s seen him drop across the pitch to pick up the ball in tight spaces.

That makes sense when Kalimuendo is showing the close control of a winger but is still getting into great chances like a striker. His first goal for the club, coming against Strasbourg, was superb as well.

Kalimuendo shined in that particular game, showcasing his one-touch passing and link up play and a keen awareness to get his head up to make cutbacks for teammates.

These are the earliest days there are when profiling an exciting young footballer. Not turning 21 until January and having only recently joined Rennes, a transfer is unlikely. Except, many would have said the same about recent Ligue 1 transfers Amadou Onana and Hugo Ekitike. With the reliable reputation France has cultivated for itself in promoting and nurturing youngsters, the biggest teams in the world feel more comfortable gambling on prized talent.

With that said, don’t be surprised if this recent recruit for the men from Brittany is packing his suitcases again in 12 months time, for an even bigger fee with even bigger dreams. After Eduardo Camavinga, Mathys Tel, Ousmane Dembele and many more, Arnaud Kalimuendo could very well become the next player to earn a move to one of Europe’s biggest clubs after polishing his skills at Roazhon Park.