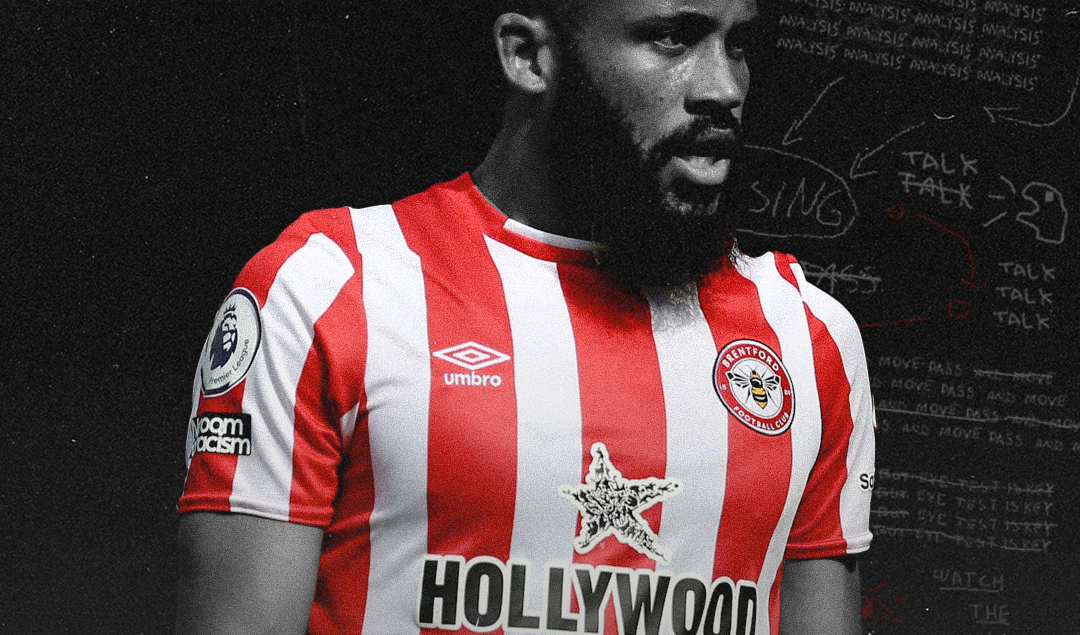 Ivan Toney has been the man on everyone’s lips this season, and with five goals and two assists in just eight games, it’s not hard to see why. But whilst Toney has been lapping up rave reviews. His partner in crime, Bryan Mbeumo, has continued to evade plaudits despite an impressive rise from Ligue 2 to the Premier League.

Mbeumo has been a vital cog in Brentford’s ascension to the top of the English game since his arrival from Troyes in 2019. A strong runner, his constant movement perfectly complements Toney’s predatory penalty-box style. Though the pair also possess the ability to interchange their roles, with Mbeumo attacking the box whilst Toney pulls wide. It’s this connection that helps elevate both of their games.

His pace in behind also makes him the perfect option on the counter, as he showcased to tremendous effect against Manchester United. Collecting a through ball from Toney, who had pulled into the left-hand channel, Mbeumo burst into space before finding the back of the net.

Despite his stocky frame, Mbeumo possesses great agility with the ball at his feet, able to wriggle away from challenges before darting into space, he allows Brentford to be mobile both in and out of possession. A staple of their pressing game. Fast and direct with the ball at his feet, it’s his incisiveness that brings impetus to Brentford’s attack.

With Brentford lacking a sole creative force following the departure of Christian Eriksen, Mbeumo’s ability to drop deep to come and collect the ball before driving his team up the pitch is crucial. With plenty of runners off the ball, Mbeumo is then able to pick out a pass before making a late dart into the area. Mbeumo is not the type of player to stand and admire his pass, he is constantly on the move, and this allows Brentford to be so dangerous on the counter.

Adaptability is a major trait Thomas Frank looks for in his teams and this is why Mbeumo has become such an untouchable part of Brentford’s system. Strong in and out of possession, he is always scanning space and looking for opportunities to engage opposition players.

In transition is where Mbeumo shines, but there is work to be done on his finishing if he wants to take his game to the next level. Far too often he relies on power rather than placement when shooting, a tendency that suggests poor technique rather than bad luck. His movement inside the area will always gift him chances though, and he’s a certain finesse away from becoming one of the most dangerous attackers outside of the top six.