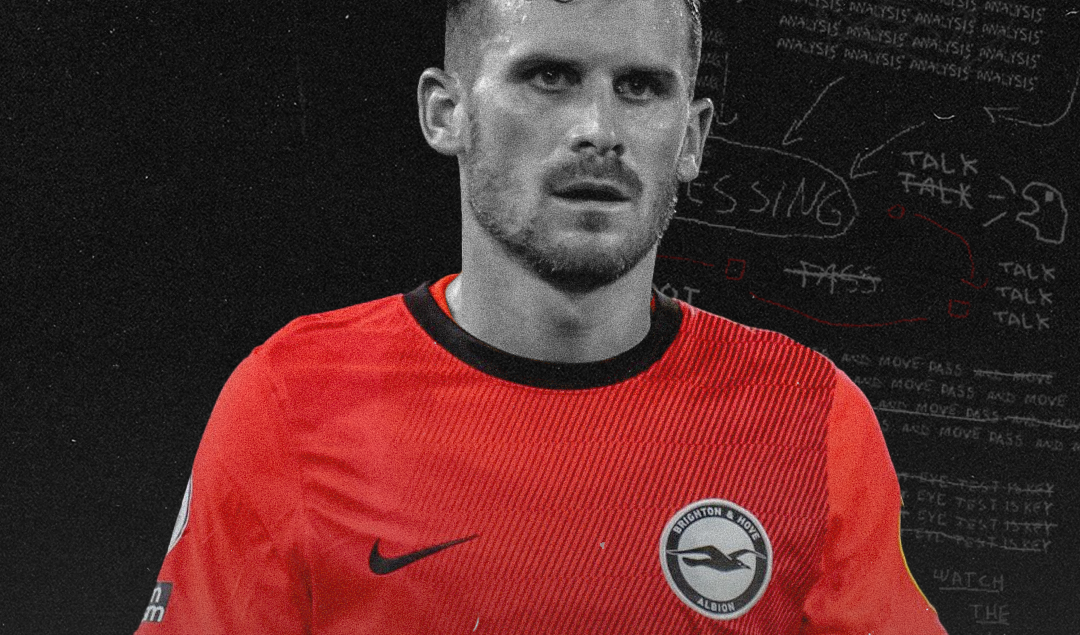 Brighton have never been a team to revel in the chaos of the Premier League’s hectic tempo. Stoic, controlled, demure. Even when knocking on death’s door they rarely divulge into the dark arts. They read a moral compass from the South Coast, with the wily German technician Pascal Gross leading their path onto safer shores. The perfect foil to the venerable Glenn Murray in his early years. Gross took on the mantle of Brighton’s chief attacking asset, leading a bedraggled team into a new age under Graham Potter.

It’s not always been plain sailing for the 31-year-old, but his ability to bend and fold to new roles has seen him cement himself at the heart of a city and a club that have taken him into their arms. A man reborn this season, he will once again be responsible for ensuring the smooth transition of a Brighton side whose early momentum has been halted by the departure of their talismanic tactician.

Gross is symptomatic of Brighton, a player who, like the city, revels in the idea that they are on the edge of the conversation. They perceive themselves as an alternative, underground, the hipster’s choice. The truth is a bit more on the nose than that.

After years in the public eye, it’s fair to say people know what Brighton and Gross have to offer and whilst it’s not cool or edgy to wax lyrical about them as the next up-and-coming thing, they still have their merits.

Upon arriving from Ingolstadt in 2017, Gross was one of the most highly regarded creative midfielders coming out of Germany. The bright spark in an otherwise dismal season for the German outfit, Gross’s talent needed harbouring in a more progressive environment. He found this at newly promoted Brighton.

Gross’s brand of sharp, incisive passing got Brighton challenging beyond their means, with the German the key to unlocking Murray’s top-flight credentials. Having struggled to push on after promotion at Crystal Palace, Murray’s Premier League career kickstarted on the South Coast, due in no small part to Gross’s ability to play between the lines. The midfielder finished the season with 15 goals and assists, as well as Brighton’s player of the year award.

Gross would continue to be the lynchpin of Brighton’s midfield for several years, with his bright combinations and movement off the ball adding a supplementary goal threat behind Murray and eventually Neal Maupay. Then came Leandro Trossard, the heir to the throne, and Gross’s reinvention under Potter.

Trossard came in and offered direct competition to Gross, forcing the German to take on a jack of all trade’s role. Capable of playing wide as well as centrally, he nobly handed over the brunt of the attacking burden on to his young apprentice.

From the centre of Brighton’s attacking play to the orchestrator from deep, Gross, having entered his 30s, has left the relentless counter pressing to those ahead of him, instead mastering the art of shuffling across midfield to block off space and transitioning play from defence to attack.

Callum Hudson-Odoi: Can He Revive his Career at Bayer Leverkusen?

The 31-year-old German’s ability to affect the game further up the pitch hasn’t dwindled either. If anything, he has become more dangerous in and around the box as opposition defenders struggle to pick up his late runs.

With three goals already this term, Gross is on to match the goalscoring exploits of his maiden campaign in the Premier League, all whilst becoming a more controlling presence in possession. It is yet unknown how Brighton will operate post-Potter, but one thing is for sure, Gross’s versatility and experience will make him central to any new manager’s plans.