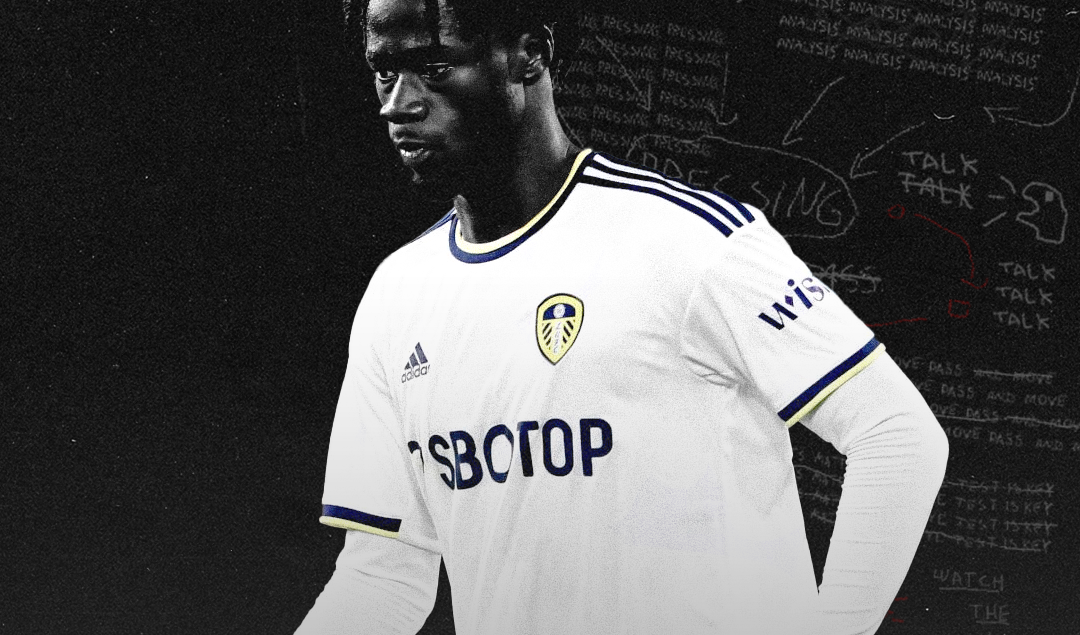 Leeds United have undergone a significant overhaul this summer. This is a club desperately looking to forge a new identity after narrowly avoiding relegation last season. So, with Marcelo Bielsa, Kalvin Phillips and Raphinha all having left, there is a seismic tactical and technical void to be filled in West Yorkshire.

Jesse Marsch has quickly set about stamping his imprint on the squad, picking off both Rasmus Kristensen and Brenden Aaronson from the Red Bull production line.

Marsch, himself a product of the Red Bull franchise, is all too familiar with the qualities of Kristensen and Aaronson. But one player with no ties to the franchise is 18-year-old Darko Gyabi, a £5 million acquisition from Manchester City.

A member of the Citizens’ famed academy, Gyabi arrives at Elland Road with no senior minutes to his name. Now, Leeds have already snapped up Spanish midfielder Marc Roca from Bayern Munich, so the question is, where does Gyabi sit in Marsch’s plans?

Gyabi is not the first, nor does he appear to be the last, player to depart from City’s academy this summer. A powerful box-to-box midfielder, he played alongside Romeo Lavia as the pair won the U-18 Premier League and PL2 titles in 2021.

Lavia, who departed for Southampton in July, made his professional debut against Wycombe Wanderers last season, whilst Gyabi has still yet to make the step up from academy football.

As Gyabi’s price tag would suggest, however, he is more than ready to compete at this level. The trust shown in him by Leeds extends as far as his involvement in pre-season preparations. Whilst he has already been assigned a squad number ahead of next season. The youngster is expected to play a significant role under Marsch.

The arrivals of Aaronson and Roca mean there’ll be plenty of competition across the midfield, but as last season showed, depth and rotation will be key to ensuring survival. According to City’s website, Gyabi is a player ‘who catches the eye with his skill in tight areas and ability to dribble through midfield.’

Despite standing at 6ft4, Gyabi’s commanding stature doesn’t make him any less agile, and he has a deftness of touch that allows him to weave his way through challenges. Capable of switching the tempo, his raw physicality also allows him to drive past players. Gyabi can prioritise between power and precision instinctively.

Leeds have been keeping tabs on the Englishman, who is also eligible for Ghana, for some time. His arrival is less so an opportunistic move than a carefully engineered one. There appears, for all intents and purposes, to be a plan in place for the midfielder’s development.

Gyabi averaged a goal every 158 minutes for City’s U-18s, and his powerful bursts upfield often see him meet the ball at the edge of the 18-yard-box, before hitting it low and hard with the side of his foot.

Due in part to his age, as well as his physical conditioning, Gyabi is an energetic presence, who is just as capable of combining with or offering a third man run into the area. An imposing presence, he offers the perfect soundboard for his teammates to play off.

As Southampton showed last season with Valentino Livramento and Armando Broja, a lack of exposure to senior football is not as detrimental as it may first appear and the old adage ‘if they’re good enough, they’re old enough’ still rings true.

Gyabi has been noted as a player of significant potential ever since City parted with close to £500,000 to bring him to Manchester from Millwall when he was 14. Four years on, and Gyabi looks ready to showcase his talents in the topflight.