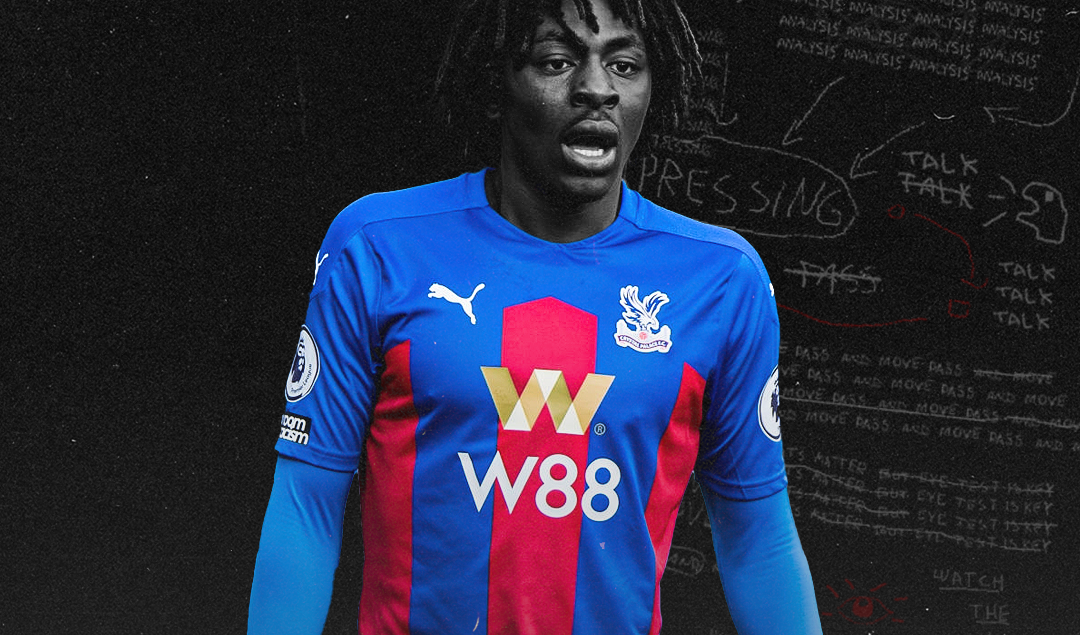 Eberechi Eze said in his very first interview for Crystal Palace that he’d come to entertain. Even with all the turbulence surrounding Palace’s yo-yo season, it’s obvious now he meant it.

The 22-year-old signed from QPR last summer for an initial fee of £16 million after several other clubs including Tottenham Hotspur had shown interest. Before arriving at Selhurst Park, Eze was coming off the back of a stellar season where he started every league game. Signing a five-year contract at a Premier League club not far from where he grew up was a dream next step in his career.

Known as Ebs to teammates, he rose to prominence dazzling the Loftus Road faithful with fancy footwork and trickery, all executed in his trademark languid style. Strength, agility, and balance in possession made gliding past Championship defenders week-in week-out effortless for the youngster. It was here that he also demonstrated a consistent end product to go alongside his flair, racking up 14 goals and eight assists over the course of the 2019/20 season.

Six months into the Greenwich-born talent’s Palace career, he has managed to announce himself with some of the Eagles’ most memorable moments in an otherwise dreary season. Yet, with all the optimism surrounding Eze’s performances, his influence on matches has been far too fleeting through little fault of his own.

Each of Eze’s three goals thus far for the club have been highlight-reel worthy and impressive in their own right. His first for the club was a stunning free-kick against Leeds United which ricocheted in off the crossbar. The second was even more outrageous; utilising his excellent ball control and acceleration, Eze carried the ball from deep in his own half past several Sheffield United players to neatly tuck it away with his inside right foot.

With stunning goals, three assists and natural quality on the ball, the Palace faithful are already well aware they have a gem in Eze. And yet there’s a feeling Roy Hodgson has barely managed to scrape the top of his potential.

The summer signing has primarily been deployed on the left of Hodgson’s favoured 4-4-2, a compact defensive system aimed to make Palace hard to break down. In theory, Palace seek to soak up pressure, allowing Wilfred Zaha to roam freely before unleashing his pace and trickery on counters. But what has this meant for Eze?

For one, he is expected to track back and be more tenacious defensively. This was deemed a weakness early in his career and one of the reasons he was overlooked by several clubs at the academy level. Whilst his modest 10.01 defensive pressures per 90 minutes are a sign of this, he has an impressive 32.1% success rate when doing so, indicating that he chooses when to press effectively.

Still, his true position in the eyes of those who knew him best at QPR is as a central attacking midfielder, where he can intelligently move into spaces that open up in the attacking third. There, he is able to receive the ball, execute feints and shift the ball away from defenders to great effect.

A rigid 4-4-2 has prevented Eze from receiving the ball in those dangerous areas as often as he should. Not only has the system failed to strengthen Palace defensively – they have the joint second-worst record in the league with 43 goals conceded – it has left the majority of their build-up play looking disjointed and uninspired.

Palace signed Eze with the intention of alleviating some pressure from Zaha in the goals and creativity department. Instead, the current system has asked him to be another Zaha, regularly requiring him to make something out of nothing whilst being crowded out by opposition shirts. When the Ivory Coast international is absent as he has been of late through injury, the pressure on Eze as the sole source of creativity is too great a burden. 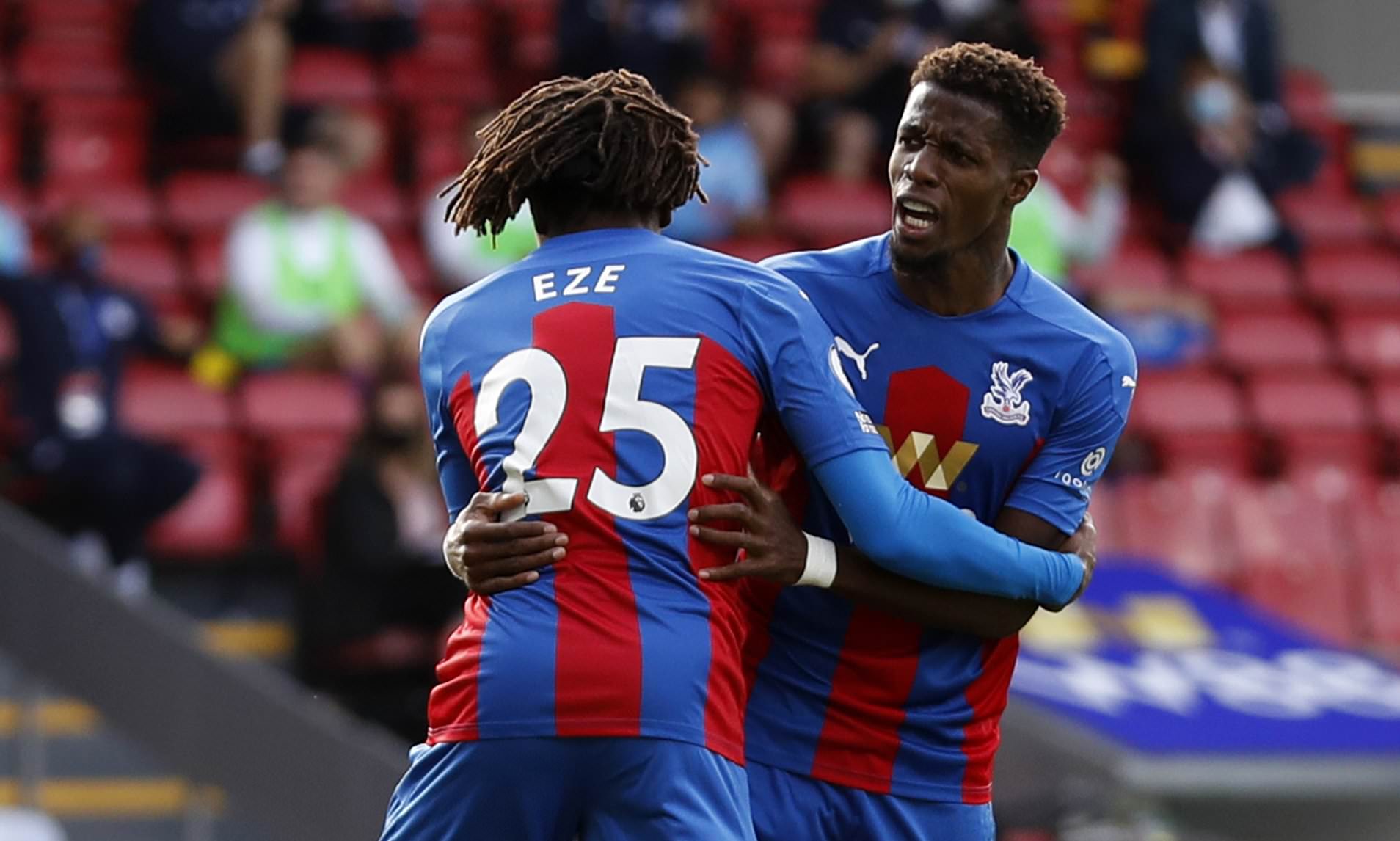 Perhaps the best example of what Eze should be doing with regularity came in his most recent goal for the club against Wolves. Here, a rare quick, fluid team move by Hodgson’s side allowed him space to drift in from the left unmarked and fire it beyond the keeper from the edge of the box.

Eze looks most dangerous when driving towards the opposition box and playing intricate combinations with other technically gifted players like Zaha and Jaïro Riedewald. In these positions, he’s more than capable of providing perfectly weighted passes to forwards.

In an era where players are judged based on their goals and assists, that feeling when Eze has the ball transcends stats. There is a gasp and a buzz whenever he’s in possession as fans await the outlandish, after all, the player recently stated that he’s watched every existing video clip of Ronaldinho’s playing days.

The positive is that Eze’s fewer goal involvements this campaign seems to be less a case of being out of his depth and more an indication of his side’s creative deficit. Less to do with quality and more consistency – which will come if Palace improve. With 73-year-old Hodgson’s future unclear, how the club decide to rebuild i.e. the next choice of manager and their respective playing style, will determine which path the youngster’s Palace career takes.

A more daring system, playing on the front foot with runners off the ball is the perfect environment for Eberechi Eze to succeed. That’s how Eze could become the next South London-born kid to etch his name into Crystal Palace folklore.