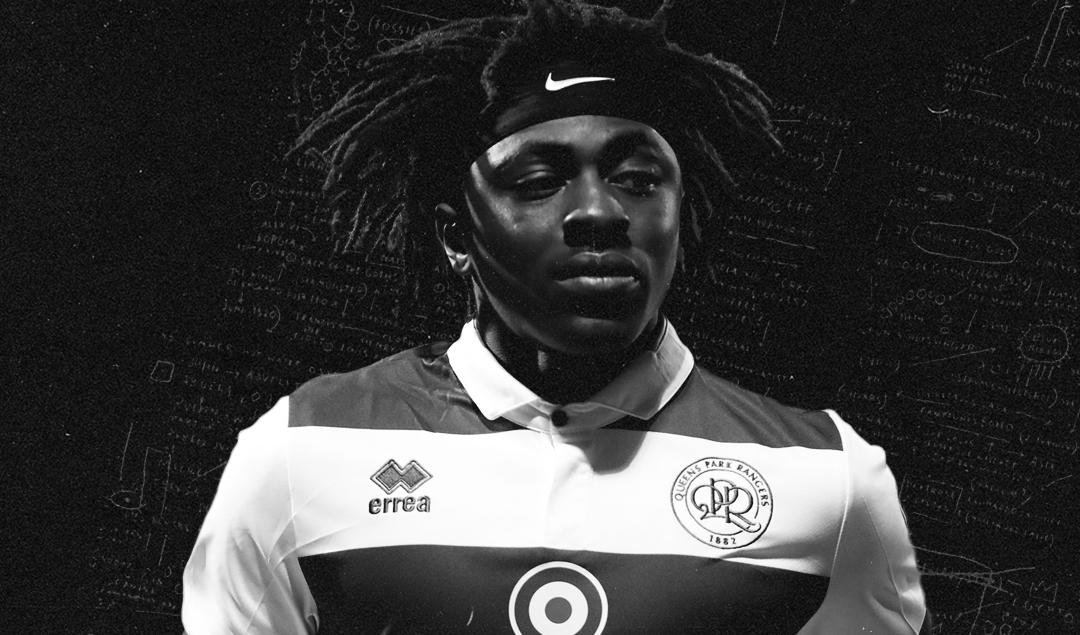 At 21 years old, Eberechi Eze is standing out as one of the most exciting talents in the Championship, but three years ago, his football career looked destined to crash and burn. After being released by Millwall in 2016 and failing to impress in trials with Arsenal, Reading and Fulham, Eze took a part-time job at Tesco while simultaneously studying in college.

However, he quickly bounced back, convincing Queens Park Rangers technical director Chris Ramsey to sign him on August 3, 2016. He would make just one appearance for QPR that season, an FA Cup tie against Blackburn Rovers, before heading out on loan the following summer to League Two side Wycombe Wanderers. Eze went on to impress for the Chairboys, scoring five goals in 20 games. His sensational form caused QPR to not extend his loan and instead bring him into the first team picture in January.

Upon his return to West London, he became a regular under Ian Holloway, and when Holloway left his managerial post in the summer, his replacement Steve McClaren handed him the #10 shirt. Since then, Eze has stole the show at Loftus Road, and with 12 goals and 8 assists in all appearances this season, he’s already emerged into the chief playmaker and executioner for QPR, combining his lethal eye for goal with his creative flair.

Eze is fairly similar to Aston Villa’s Jack Grealish in the sense that he operates on the left-hand side, behind the striker, albeit not as a conventional winger. However, like Grealish, his is also skilled as a #10, where he was deployed last season under McClaren. Eze’s versatility will stand him in good stead throughout his career, as he’s proven that he can operate pretty much anywhere behind the striker. 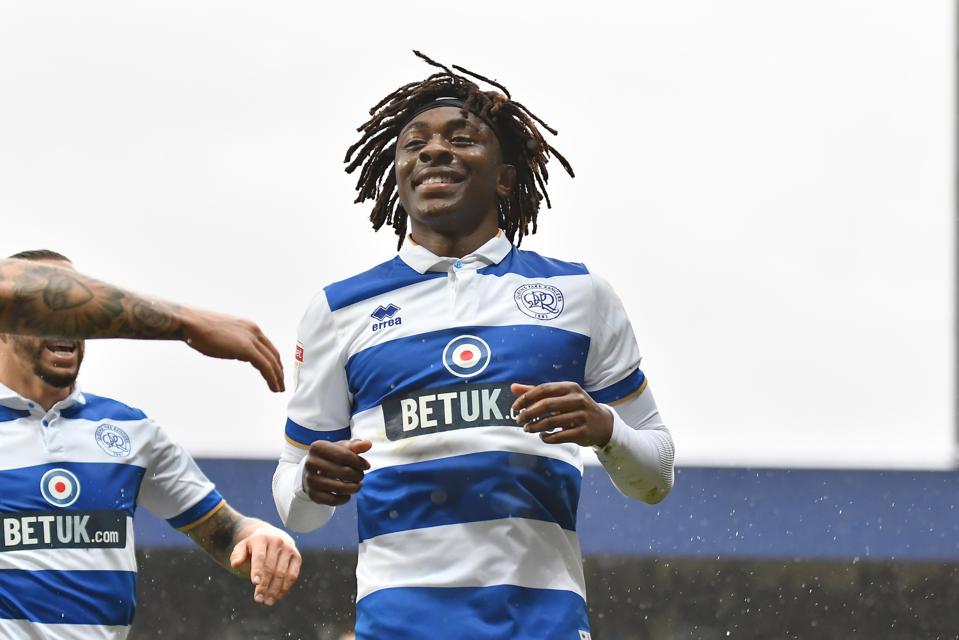 He has excelled this season despite being shoved onto the left wing to accommodate Ilias Chair who operates in a central role. Many wingers tend to drift in and out of the game, but Eze drops deeper and tends to dictate the tempo from central midfield. It’s easy to assume that he would constantly be on the periphery but Eze is at the heart of almost everything QPR do, as he’s directly involved with over a third of their goals.

Eze is an accomplished dribbler and can drift inside on his stronger foot to make space for overlapping fullbacks and link the attack together. He isn’t saddled with any defensive responsibility — and he uses this creative freedom to his advantage, skipping past defenders with a nonchalant swagger.

The next logical step for Eze would be to move to the Premier League, following in the footsteps of many other Championship youngsters. However, most of the league’s hot prospects seem to be picked up by the “smaller” Premier League clubs, whereas Eze has already been linked to heavyweights such as Liverpool and Tottenham. Jumping from a mid-table Championship club to a European giant may be a frightening leap for a relatively inexperienced 21-year-old, but Eze has proven that he wouldn’t look out of place at some of the best clubs in the country.

Tottenham seem to be in pole position to gain Eze’s signature at the moment, but they have a mixed record when it comes to buying young talent from the lower leagues. Dele Alli arrived from MK Dons in 2015 and adapted to the Premier League seamlessly, whereas Ryan Sessegnon from Fulham and Jack Clarke from Leeds have struggled to make an impact in North London. Truth be told, it is nigh on impossible to predict how Eze will fare in the Premier League, but it does feel like a matter of when not if he will make the step up.

It is too soon to say how much QPR will earn from the sale of Eze given the current economic situation, as many clubs will be forced to tighten their purses to cope with the economic ramifications of the COVID-19 crisis. However, one thing is certain; young English talent comes at a premium price. 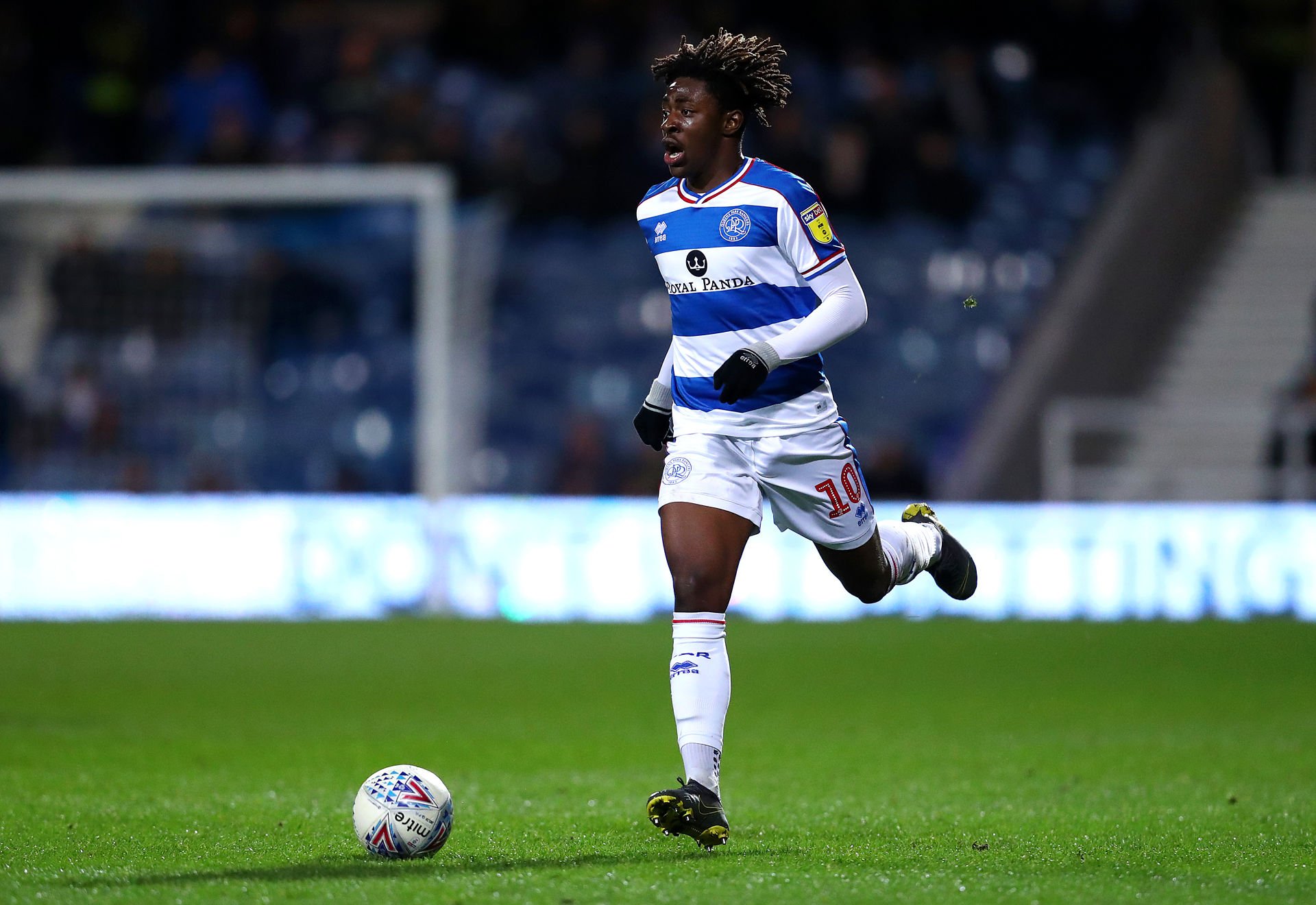 James Maddison’s £20 million move from Norwich to Leicester in 2018 has set a precedent in terms of how much Premier League clubs should pay for Championship youngsters. Saïd Benrahma and Jude Bellingham are expected to fetch mouthwatering fees in the summer, and QPR will also be demanding a hefty figure for their 21-year-old gem. However, Eze’s contract runs out in 2021, which leaves QPR in a challenging position. Do they cash in on him now, or do they gamble on a potential contract extension and risk losing him on a free?

Due to Eze being somewhat of a late bloomer, he hasn’t received as many England youth caps as some of his age mates, but he has impressed when given the chance, with six appearances for the U-19s and three appearances for the U-21s. England’s senior team are stacked both in attacking midfielders and wingers — tried and tested Premier League stars such as Harvey Barnes and Grealish are yet to receive their maiden call-up — and getting his first cap for the Three Lions will be no mean feat for Eze.

If he tires of waiting for Gareth Southgate to ring his phone, he may decide to switch over to Gernot Rohr‘s Super Eagles. Eze was raised in Greenwich by Nigerian parents, and having already trained with Nigeria’s national team, he may decide to follow in the footsteps of Joe Aribo and Ola Aina and switch his allegiance from England to Nigeria.

Eze is of Nigerian heritage and is therefore eligible to play for The Super Eagles, having trained with them in the past. Gernot Rohr’s side could offer him an alternative route to playing senior international football, Eze would be following in the footsteps of fellow British-born players such as Joe Aribo and Ola Aina.

Nigeria seem to have adopted a policy similar to Jackie Charlton’s Ireland team in the 90s; chasing foreign-born players to bolster their squad. Philip Billing, Josh Maja and Ovie Ejaria are the latest foreign-born players to be courted by the Nigerian Football Federation, and Rohr himself has also spoken of his desire to lure Eze to the Super Eagles. 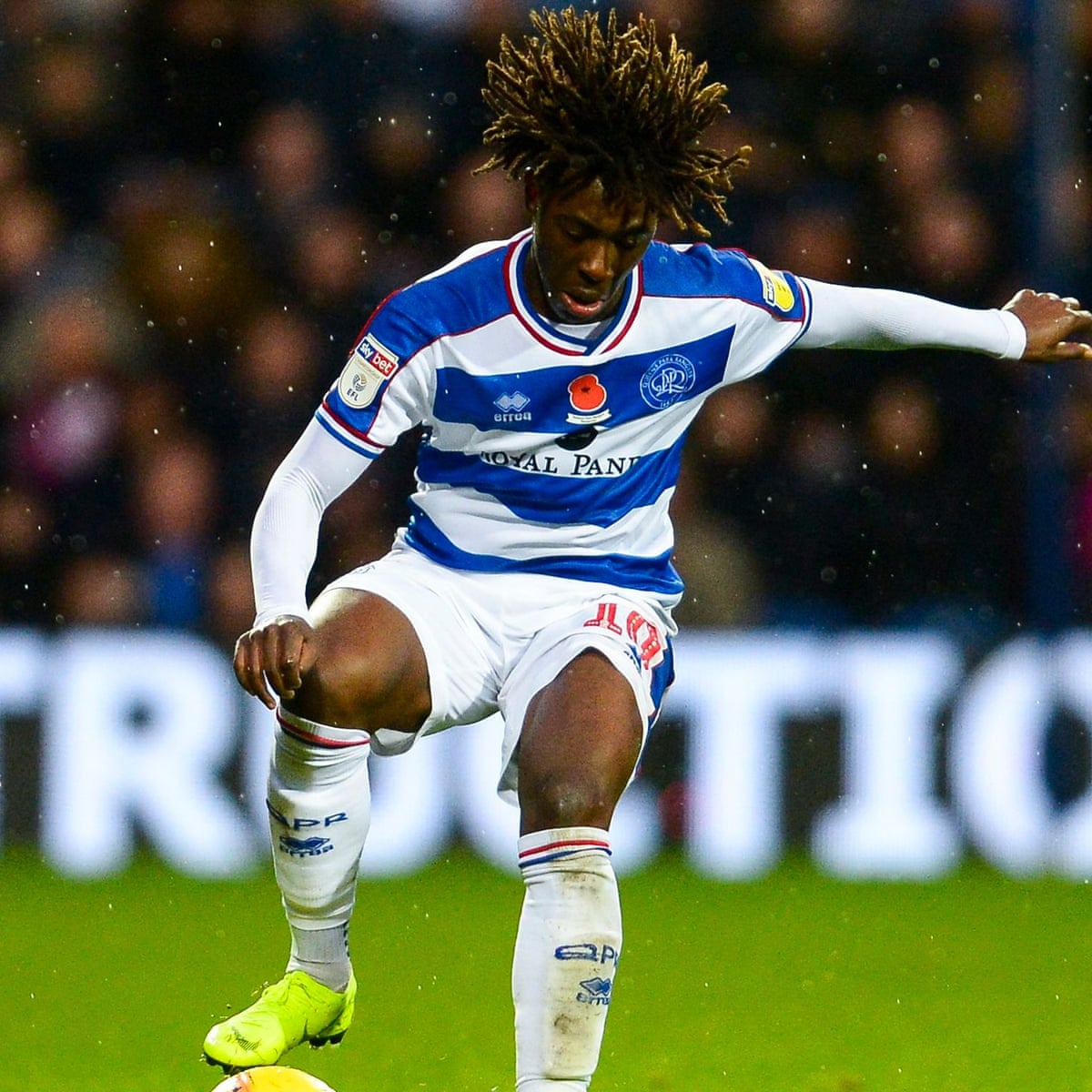 A new generation of Nigerian talent is emerging, with the likes of Victor Osimhen and Wilfred Ndidi attracting the attention of some of the biggest clubs in Europe. After narrowly losing to the eventual champions in last summer’s AFCON, the Super Eagles are already being lined up as dark horses for the 2022 FIFA World Cup. The future is looking brighter than ever for Nigerian football, and Eze may decide to step on board in order to improve his chances of senior football at the international level.

Several question marks linger over Eze at the moment as he’s reached a metaphorical crossroads in his career. Which club will he be playing for next season? Will he make the courageous switch from England to Nigeria?

Eze’s services are in high demand, and he has a few career-defining decisions to make in the coming months. While he is undoubtedly ready to make the step up to the Premier League as he’s shone for an unremarkable QPR side over the past two seasons but we’ve seen so many promising players trip over this hurdle before.

Nevertheless, Eze has already dusted himself off from constant rejection to become one of the most exciting prospects in England; making the jump from a mid-table Championship side to a Premier League team shouldn’t be too daunting.