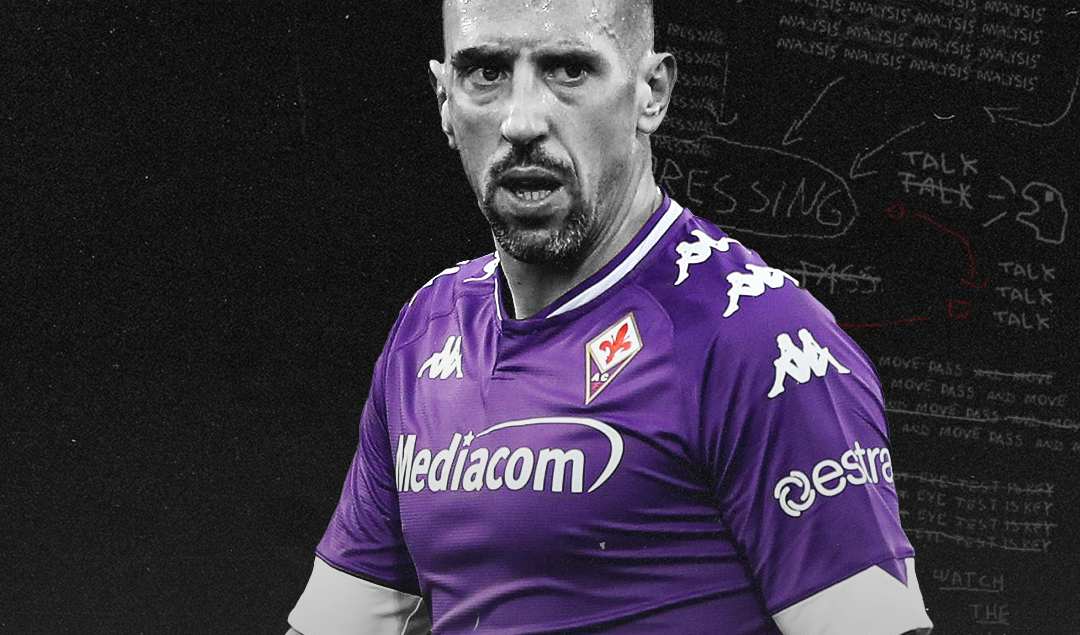 Modern football fans have been able to see some of the stars of recent play well into their ’30s. Players that launched themselves into stardom in the 2000’s are still playing a prominent part in Europe’s major leagues. Serie A in particular has a few veterans who are making an impact well into their 30s such as Cristiano Ronaldo at Juventus and Zlatan Ibrahimović at AC Milan, but Fiorentina has not had the same success with Franck Ribéry.

The 37-year-old Frenchman has been battling with injuries like he did when he was at German giants Bayern Munich and he has only provided fleeting moments of brilliance. Fiorentina patron Rocco Commisso signed the French veteran on a free transfer in the summer of 2019 as he tried to bolster the Viola squad but reality quickly settled in after the euphoria at the start of the Italian-American’s reign.

Since Ribéry has been in Florence, he has been coached by three different tacticians: Vincenzo Montella, Giuseppe Iachini, and Cesare Prandelli. The Gigliati have struggled to develop an identity on the pitch and the limited availability of the French winger creates a dilemma of its own.

Ribéry has played 32 out of possible 51 Serie A matches since the start of the 2019/20 campaign and a major ankle injury was one of the reasons why he was missing for some time. Compared to his time at Bayern Munich, those numbers don’t look particularly bad, but the Viola do not possess the squad depth or spending power the Bavarians do and need the 37- year-old to be as fit as often as possible. 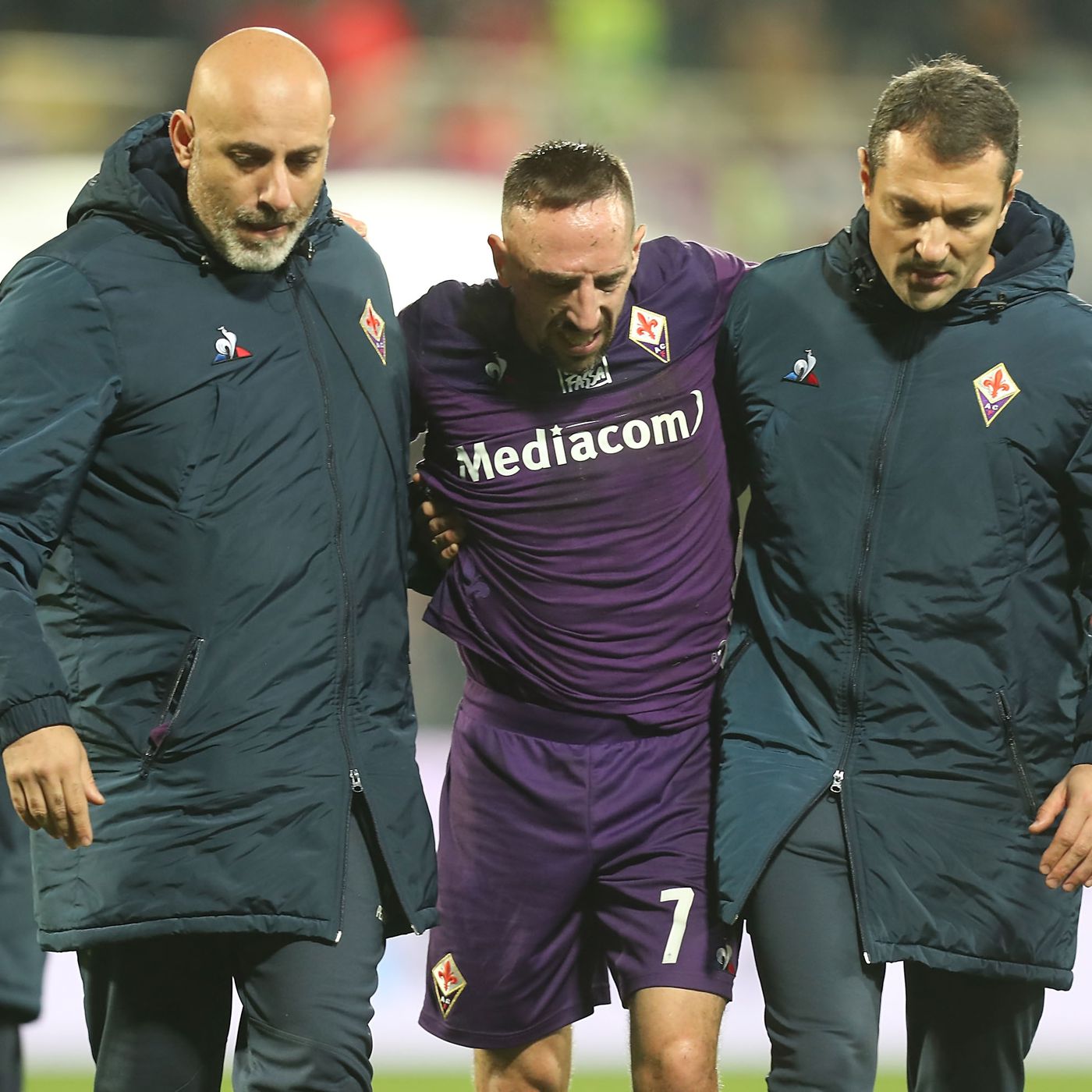 It contrasts with his last season at Bayern, when he played 25 Bundesliga matches, but he only started 10 times. His absence wasn’t felt at the German giants but the Florentines are devoid of great experience and inspiration when he is not on the field.

Ribéry came on as a substitute in the first two rounds of the 2019/20 Serie A season and played in his natural role as a left-winger. Once Montella made him a starter, the formation was changed from the 4-3-3 to the 3-5-2, and the former French international was converted into a false nine. The Viola managed to collect three victories and three draws in a six-game period and Ribéry scored twice as well as providing an assist.

His most impressive performance during that spell was in the 3-1 victory away to AC Milan in September 2019. He was at the heart of Fiorentina’s attacking play, gave the Rossoneri defense constant headaches, and he scored the third goal after running onto a Federico Chiesa pass, then turned two defenders inside out.

The Gigliati were as high as seventh in the Serie A table but then came the 2-1 defeat to Lazio in Round 9. Ribéry assisted in Chiesa’s opening goal and played for 75 minutes, but worse was to come at the end of the match. After Ciro Immobile scored a last-minute goal to seal all three points for the Biancocelesti, the Fiorentina players protested that Jordan Lukaku had fouled Ricardo Sottil in the build-up, and demanded referee Marco Guida to take a look at the pitchside monitor and check the VAR footage.

Ribéry in particular was furious and pushed assistant referee Matteo Passeri not once but twice, before being restrained by his teammates. He was promptly given his marching orders and received a three-match suspension. This proved to be fatal for Montella’s hopes of remaining in change. Fiorentina won their next league match without him, but their form started to dip and then injury struck. Ribéry was playing his second game back from suspension and he injured his ankle in the 1-0 defeat to Lecce.

Unfortunately for the Viola, he did not feature again until June 2020, when league action returned after the COVID-19 lockdown. By then, Montella was long gone. A 4-1 defeat at home to Roma in December 2019 resulted in Commisso sacking the former Sampdoria and AC Milan tactician, and he was replaced by Iachini.

Iachini stuck with the 3-5-2 formation but his approach was significantly different to Montella’s. While ‘L’Aeroplanino’ implemented a slow-tempo possession game, ‘Beppe’ was far more conservative in his approach and he prioritized hard work over technique.

When Ribéry returned from his ankle injury, he still operated as a false nine, but the performances generally were not outstanding. One of the exceptions was in the 2-1 defeat away to Lazio, when he tried in vain to inspire his team to victory and scored a splendid solo goal. 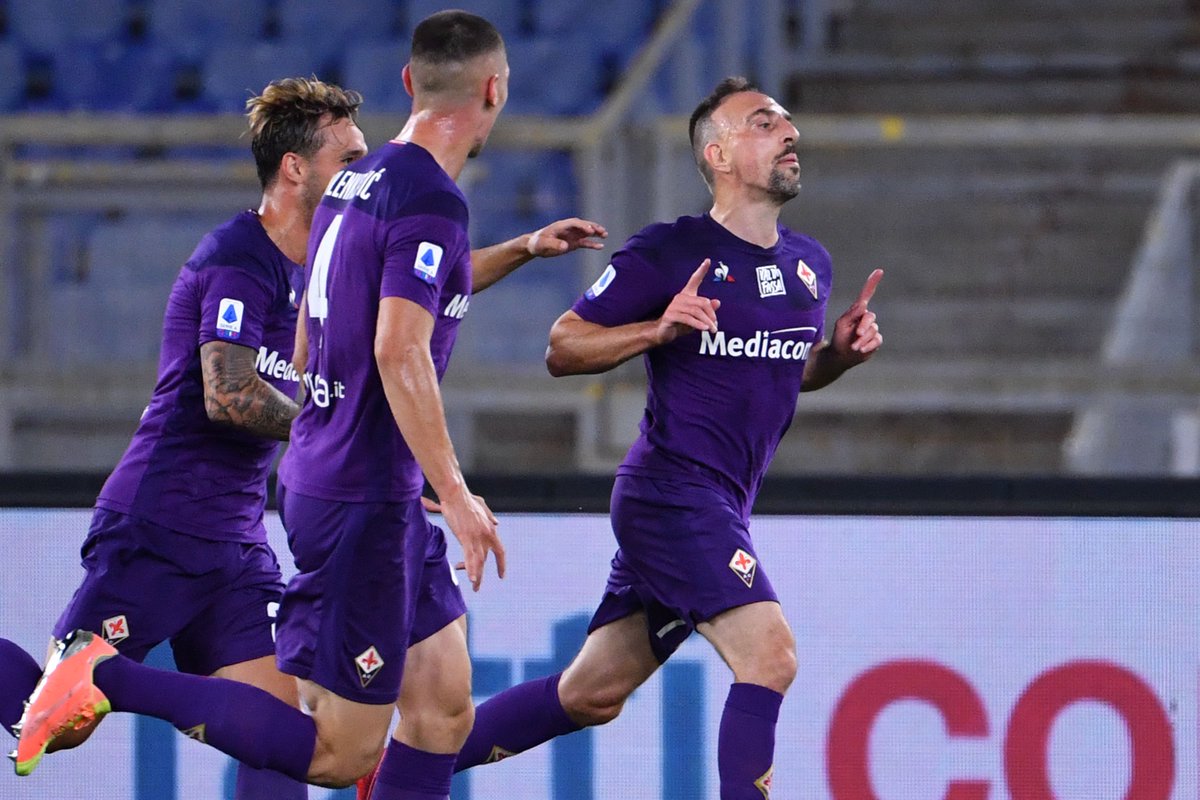 He finished the 2019/20 Serie A season with three goals and three assists in 21 matches. Needless to say, age and injury impacted on his performance, but he also lacked the quality support that he had at Bayern. Fiorentina would go on to finish 10th in the league, whilst being eliminated from the Coppa Italia at the quarterfinals stage by Antonio Conte’s Inter.

For the first two matches of the 2020/21 campaign, Ribéry was made captain and Fiorentina started off with a 1-0 victory at home to Torino, but it should have made it two in a row a week later. The Viola lost 4-3 in Milan to Inter but they were 3-2 up until the 87th minute. The 37-year-old was in inspired form and he provided two lovely assists in the second half, but he was substituted for Patrick Cutrone in the 83rd minute and Iachini opted to go defensive.

This allowed Inter to attack them and the Nerazzurri scored twice in as many minutes to snatch the win. Once again, Ribéry’s efforts were in vain, and the result took some gloss of an amazing display from the French champion.

He missed two games because of injuries and when Iachini was replaced by Prandelli, the captaincy was taken off him. Fiorentina has earned 1-1 draws against Sassuolo and Hellas Verona, with Ribéry earning a penalty against the former and performing better in general, but the Gigliati are still searching for their first win in Prandelli’s second spell in charge.

Prandelli is still wanting more of an influence from the French veteran despite his physical problems.

“We have to make him more of a leader in a way which gives us greater numerical superiority,” Prandelli said in his press conference prior to the draw against Hellas Verona. He does not have to solve problems alone but he has to be our point of reference.”

Both Ribéry and Prandelli can look at the 3-0 victory at Juventus Stadium for inspiration going forward. La Viola opened the scoring in the third minute when Ribéry received a pass from Nikola Milenković behind the center circle, took a touch to control it, before playing a through ball between Leonardo Bonucci and Matthijs de Ligt and into the path of Dušan Vlahović, who dinked it past Wojciech Szczęsny. 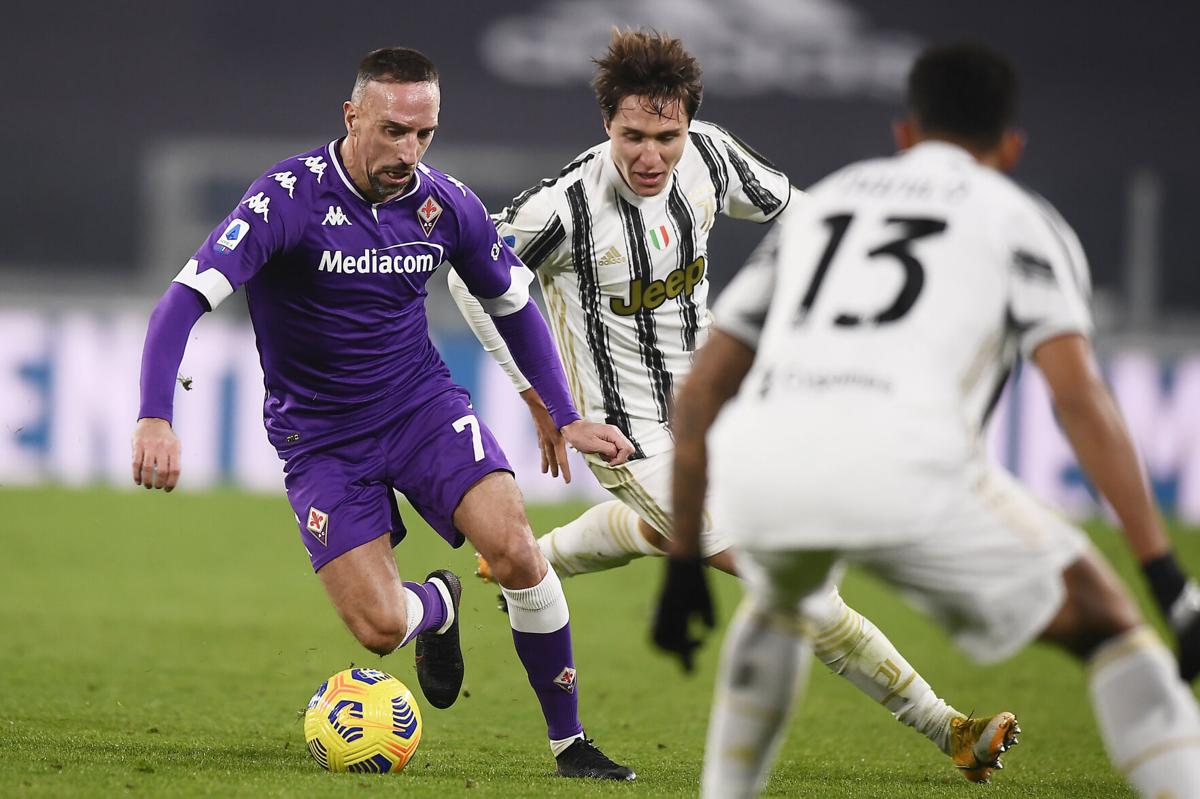 15 minutes later, Juan Cuadrado was sent off for a studs-up tackle on Gaetano Castrovilli, forcing Juventus manager Andrea Pirlo to withdraw Aaron Ramsey for Danilo. With the hosts down to 10 men, Ribéry ran the show like the ‘Kaiser Franck’ that lit up Europe in his prime, weaving his way past defenders, knitting together attacks, and pressing with an intensity that has been sorely missed during his time in Tuscany.

Fiorentina would go on to win 3-0 via an Alex Sandro own goal and a third and final goal from Martín Cáceres, giving Juventus their worst home defeat since 2011. Ribéry was at the heart of it all, pulling the strings and dazzling with the same speed of mind, guile, and agility that torched Bundesliga defenses over the previous decade.

Undoubtedly, Ribéry still has the talent to be an attacking threat, but his body is still letting him down. Worst of all for Fiorentina fans, nobody else has his creative qualities or ability to influence games. Chiesa has been acquired by Juventus while the likes of Giacomo Bonaventura and Castrovilli seem to play well when the rest of the team does so.

The 37-year-old’s contract expires in June 2021 and there is little indication of whether he will stay or go. He had his home robbed during his time in Florence and there are not a lot of signs of progress on the pitch. If his time in Florence so far is any indication and a miracle withstanding, Ribéry’s time with Fiorentina probably won’t be looked at with much fondness.