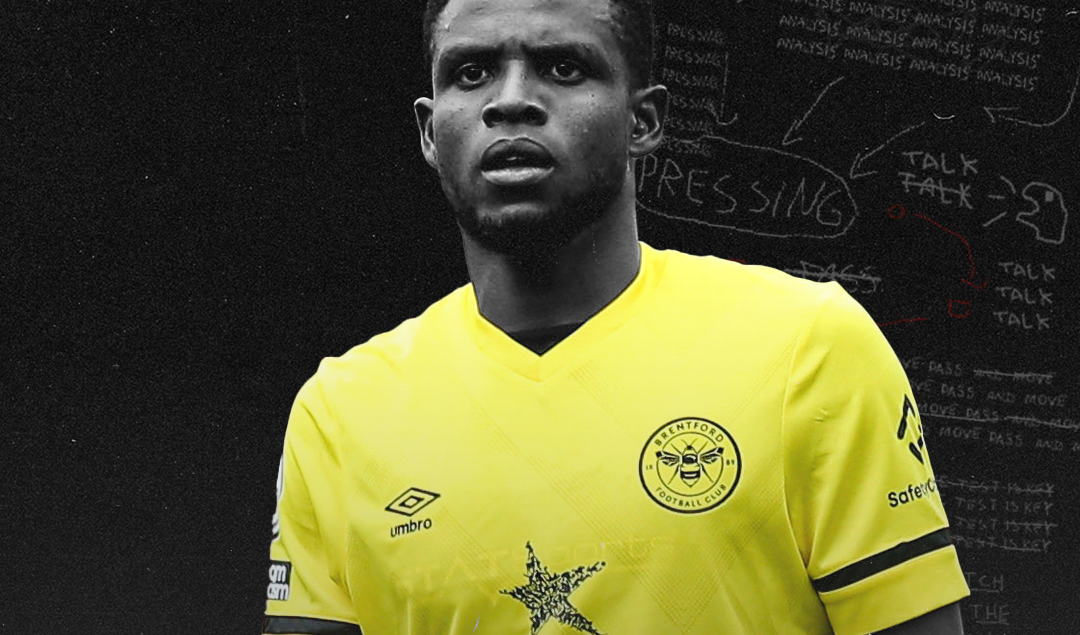 Nigeria are chasing their first AFCON since 2013 and one player who could be a hidden weapon for them is Frank Onyeka. Popularly known as “Frank the Tank”, the 24-year-old plays for the Premier League side Brentford F.C, who just recently gained promotion to the highest level of English club football for the first time since the 1946-1947 season.

Onyeka signed for the club in the summer of this current season after spending four successful seasons at the Danish club, Midtjylland by making 123 appearances, scoring 17 goals, providing 10 assists while being crowned the Danish league Champions on two occasions (2017/2018 & 2019/2020 season) as well as winning the Danish Cup in the 2018/2019 season.

He featured in all the 6 group stage fixtures of the UEFA Champions League last season where he obviously caught the eye of more pundits and scouts around the world, however the Danish side finished bottom of their group with just 2 points.

Ever since his arrival in Brentford, he has been a regular having played in 21 games so far this season, 17 in the Premier League and 4 in the EFL Cup.

He plays as a central midfielder for “the Bees” and he can also function as a defensive midfielder depending on the tactics. He has a lanky stature, about 6ft tall. He is physical and has good upper body strength that is useful for 50/50 duels in the middle of the park.

Onyeka loves to make tackles often and can be guilty of committing fouls in doing so. He has long legs which are useful in making well-timed interceptions of the opposition’s forward passes.

Frank sees himself as developing more into a box-to-box midfielder in the nearest future because his childhood football idol is Yaya Toure whilst he currently he looks up to is N’Golo Kante, which he revealed in an interview he granted after joining the West London side.

He surely has the potentials of developing into a top-class box-to-box midfielder as his career progresses further as he has everything in terms of the physicality, stamina, strength, pace to emerge as one.

Frank received his national team call-up recently in 2020 and has made just 4 appearances for the Super Eagles thus far playing in 3 FIFA World Cup qualification matches and 1 friendly match.

He has definitely impressed the current coach of the Super Eagles, Augustine Owen Eguavoen, so much so that he was shortlisted for the national team list that will feature in this year’s Africa Cup of Nations AFCON being hosted by Cameroon between January 9 and February 6.

Onyeka is not expected to be a starter as an already established Wilfried Ndidi of Leicester City F.C plays the holding midfield role for the National Team, except the coach decides to play a double pivot of two holding midfielders, but it is still expected that he will get some action and minutes in the upcoming competition where Nigeria one of the favorites to lift the trophy alongside Egypt, Morocco, Senegal, and Algeria.

How Does Onyeka Compare With an Already Established Midfield Maestro Wilfred Ndidi? 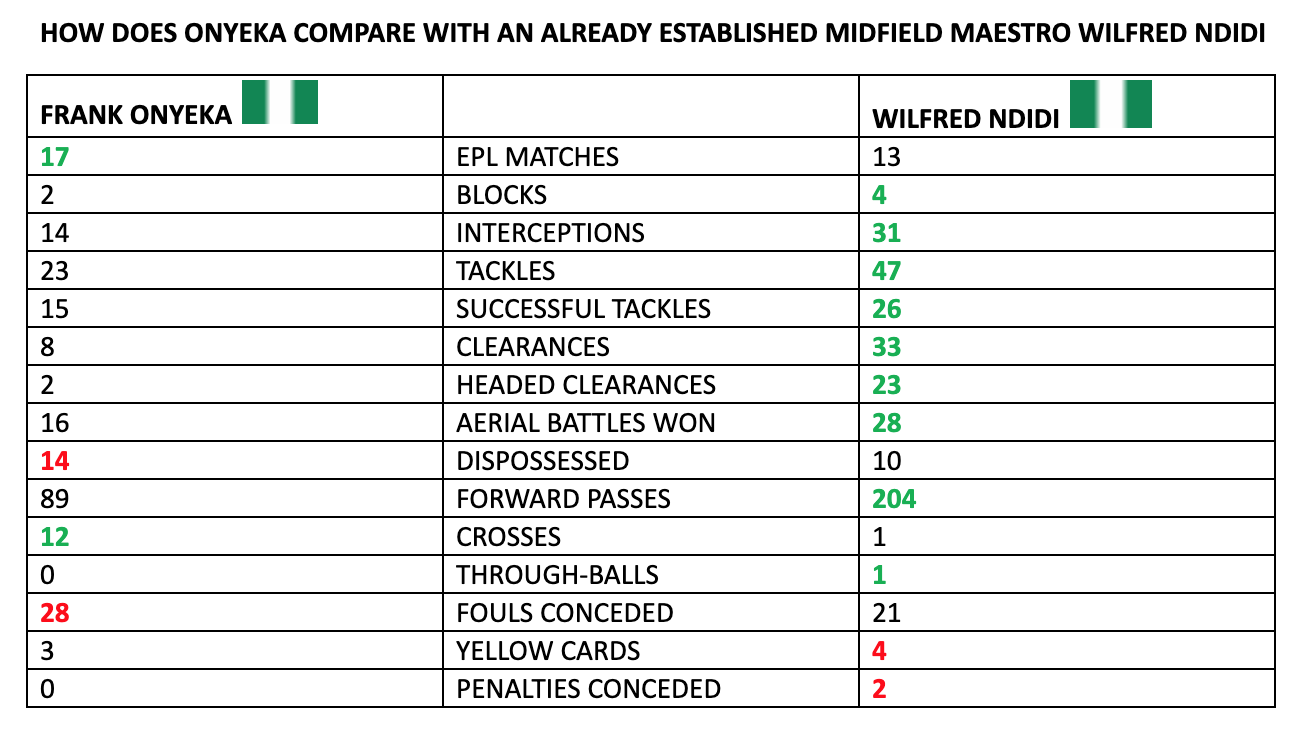 It has been an interesting journey so far in the life of the player, being born and raised in Edo State in Nigeria, while growing up played football against the wishes of his mum and of course started out playing in the streets on barefoot.

However, he eventually found his way to joining FC Ebedei, a Nigerian Football club side based in Ogun State, who also serves as the African football academy of the Danish club side, Midtjylland. Another Super Eagles player that joined Midtjylland in 2012 is Paul Onuachu who now currently plays for Genk.