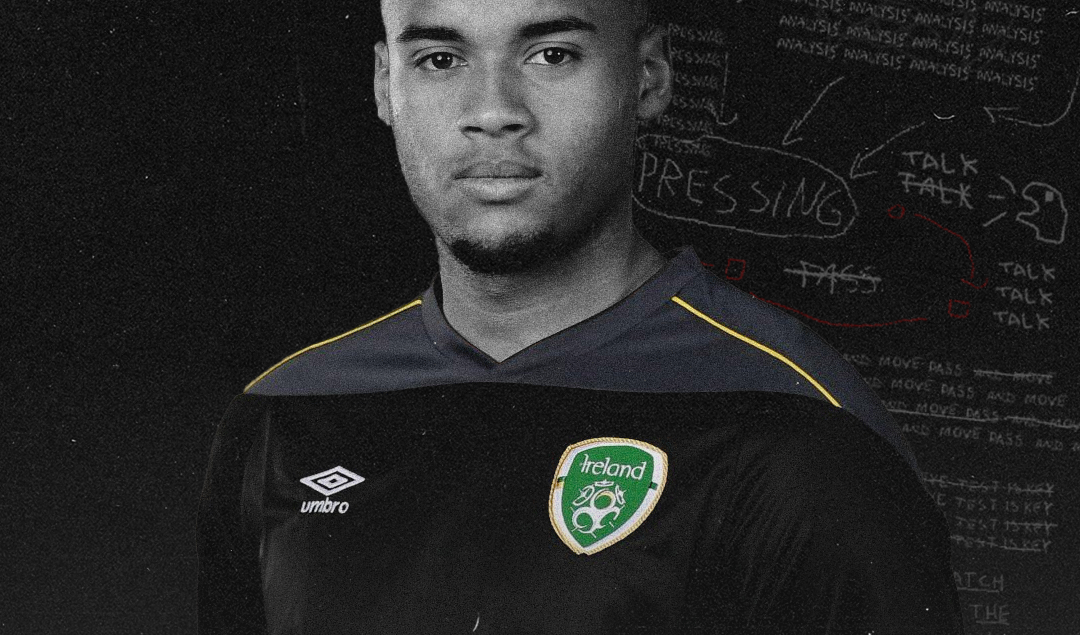 Gavin Bazunu’s reputation is at an all-time high, fresh off the back of a season-long loan to Portsmouth which saw the Irishman develop quickly as a goalkeeper – a star amidst a topsy-turvy season down at Fratton Park, picking up a Player of the Season accolade along the way.

Further, his exploits on the International Stage with the Republic of Ireland have been equally as impressive with the 20-year-old already amassing 10 caps in the senior set-up. Still, Manchester City have decided to let Bazunu leave the club for fellow Premier League side Southampton.

This move will have irked previous admirers down at Portsmouth, Bazunu moving to near neighbours and arch-rivals Southampton along the South Coast. With Fraser Forster out the door at The Saints, and Alex McCarthy not exactly making that number one jersey down at St Marys his own, Gavin Bazunu could well be a Premier League starting goalkeeper next season if he plays his cards right.

Unafraid to showcase creativity on the ball even as a shot-stopper by trade, he’s a really exciting talent and buy for Ralph Hasenhuttl’s men who might well need some fresh legs for added competition. Bazunu began his football career in his native Ireland, coming through the academy at Shamrock Rovers.

The Irish keeper would make his first-team debut still as a teenager, the Dublin-born shot-stopper featuring in his first-ever professional football match in 2018 with Shamrock comfortably beating Bray Wanderers 5-0 on the day.

He never looked back from that point onwards, a ball-playing and confident goalkeeper for such a young age alerting big clubs to this Irish hot-shot. He was initially a winger back in his Shamrock youth days, transitioning into a keeper later into his development.

Still, that audacity to play out from the back as a keeper and exude confidence on the ball harkens back to his outfield past. After only making four first appearances in total for Stephen Bradley’s Hoops, Bazunu swapped Dublin for Manchester – joining Manchester City still as a teenager, a huge move for the youngster.

Bazunu would feature in the Manchester City youth sides directly after this major move, making a number of appearances for the U23 side after featuring too for the U18’s and U19’s.

After a whirlwind move away from Ireland, Bazunu would be given time to find his feet in the English game – furthering his education as a youngster through the illustrious youth set-up. He would, however, be named in the squad for Pep Guardiola’s men in a Champions League knockout match versus Real Madrid in 2020 – a privilege for a player who had been featuring in the League of Ireland Premier Division only a few years before.

A contract extension at the Etihad shortly after this last-minute addition to Manchester City’s Champions League squad would culminate in a loan move away, a chance for Bazunu to impress in England away from the sheltered pitches of youth football.

His first loan move would see him join Brian Barry-Murphy’s Rochdale side, a manager at the time who focussed on playing football the supposed ‘right way’ with a pass-heavy philosophy engrained into his Dale side. For a side that routinely battled against relegation at the time and was used to attritional football under previous managers, it was a culture shock.

It suited Bazunu however, a platform to showcase his ability. Even if Rochdale did succumb to relegation at the end of Bazunu’s loan, he was impressive throughout his season-long stay. A number of impressive saves showcased his agile nature in-between the sticks, managing to quickly adjust himself to stick a hand out or get low down to stop a shot from entering the net.

His lightning-quick speed to get low and claw away shots helps too when the opposition attempts a long-range effort, Bazunu alert to shots that are trying to trick him. He was constantly aware and present for his adopted side, a real asset to Brian Barry-Murphy’s men during the 2020/21 season – making a total of 32 appearances in both League and Cup.

This would attract the attention of the senior Republic of Ireland team, called up in March of that same season to feature in the 2022 World Cup qualifiers. Unusually, despite never featuring for his parent club at the time in the first team, he had started to cement his place as the first-choice keeper for his nation with some brilliant displays.

Undoubtedly, his personal career highlight to date came on International duty – saving a Cristiano Ronaldo penalty against Portugal, diving the correct way to thwart one of the world’s best if not the greatest still playing today.

A number of world-class saves whilst featuring for the Republic of Ireland saw Portsmouth snap him up for the 2021/2022 season, a campaign that triggered Southampton’s interest so Bazunu could begin to achieve his aspirations of being a Premier League starting keeper at just 20 years of age.

This was a move to a club with more stature, Portsmouth an ex-Premier League club always aiming for promotion out of League One. Yet, they always fall short of the mark. After another disappointing season that saw Danny Cowley’s men finish 10 points shy of the playoff spots, Gavin Bazunu was still a constant bright spark in an otherwise underachieving team.

Portsmouth’s performances were far too inconsistent to mount a serious promotion charge, Bazunu the one consistent performer however. A final day loss at the hands of Sheffield Wednesday saw Pompey lose 4-1, yet Bazunu’s performance didn’t warrant four goals finding the back of his net. Bazunu was constantly alert, tipping over a number of Sheffield Wednesday efforts.

Without the Irishman in the net, the score-line would’ve been even more humiliating. Likewise, more underwhelming displays such as a 1-1 draw to lowly Morecambe could’ve easily been a loss for Cowley’s men without the interventions of their goalkeeper.

Two attempts by Morecambe’s star-striker Cole Stockton in quick succession were snuffed out by Bazunu, the second saw Bazunu stick out a leg instinctively to thwart the rebound. He was crucial to Portsmouth all season long, a reliable brick wall whenever the defence had been breached.

His impressive season even saw his manager down at Fratton Park call Bazunu ‘world class’ and ready-made for the very top – a glowing assessment of the youngster from Danny Cowley. It would have been disappointing for the youngster to walk out of Manchester City, but at 20 years of age, he will be hungry to impress at the very top right now instead of patiently waiting for an opportunity that might never arise at the Etihad.

There’s no guarantee that Bazunu will walk straight into that Southampton eleven however, but he will certainly have more opportunities under Hasenhuttl at this moment in time than sticking around in Manchester.

Bazunu spoke of his eagerness to impress for Southampton when next season rolls around, wanting to play a part in any success for The Saints next season no matter how many games that entails. With the buzz around Bazunu and his career to date, expect the former Manchester City keeper to impress when called upon for Hasenhuttl’s Saints next campaign.