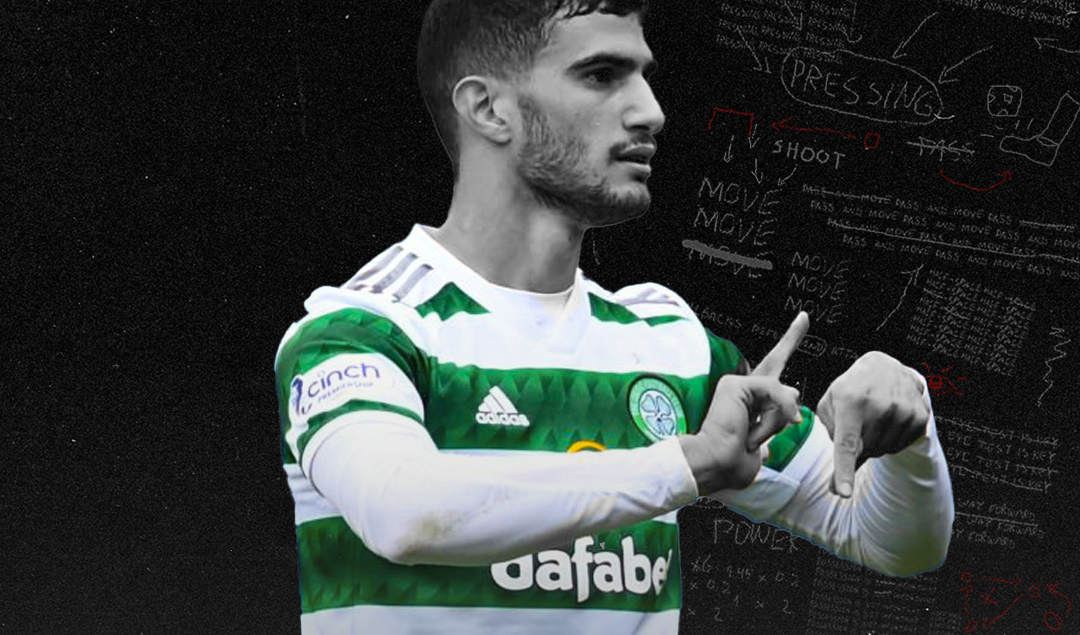 When Celtic or Rangers are playing in a crunch game against each other or in European competition, there is a natural response to pinpoint key senior players. Graeme Souness in his capacity as a Sky Sports pundit regularly references the need for teams to have ‘good senior professionals’ if they want to be successful in the long run.

While that statement has truth to it, explosive and dynamic young, up-and-coming players are equally crucial to a successful side. Celtic and Ange Postecoglou have many within each of the aforementioned categories. However, I want to single one exciting youngster out for particular praise: Liel Abada.

Abada at 19 years of age was the first major signing of the Postecoglou era and at £3.5 million, it raised eyebrows in some quarters given the size of the rebuild that was required last summer. Now, 20 years of age, the Israeli has already repaid the faith that his manager had in sanctioning the deal and repaid it with big contributions in pivotal moments of his Celtic career to date.

As a teenager, he had a strong impact on the success that Celtic had last season by winning the Scottish Premiership and the Scottish League Cup. That led to excitement amongst fans with a note of caution with the chance that ‘second season syndrome’ could slow his progression given his youth and relative inexperience at the level that Celtic play at.

How Ange Postecoglou Has Turned the Tide at Celtic

Second season syndrome is a term that many pundits use with younger players or promoted teams when they are unsure whether they will be able to maintain the standards previously shown. On the evidence of the first six league games of season 22/23, Abada and Celtic fans need not worry about second season syndrome.

Six goals in six games show you how good the Israeli is in front of goal although there is much more to his game than just goalscoring that showcases a young player playing beyond his years. His work rate and his general offensive movements are what set him apart from his youth in addition to his goal-scoring.

It is no secret that Ange Postecoglou demands high levels of intensity from every player within his starting lineup from defenders to attackers. ‘We never stop’ is a phrase that Ange has regularly used since becoming Celtic manager to epitomise what his footballing philosophy represents in action. Abada regularly is at the forefront of the Celtic press when he starts games alongside preferred number nine, Kyogo Furahashi.

Part of his role is to stop teams playing out from the back and that is something that Celtic have been very good at during his season and a bit at the club. Offensively, he is expected to stretch the opposition when he plays in a wide area to allow either Greg Taylor or Josip Juranovic to present themselves in a position to overlap him or even underlap him. This is fluid throughout Celtic’s play with no one strategy being rigidly focused on.

His pace to get in behind and stretch the pitch with his overall work rate is one thing but his ability to know when to stand still is another key component of his game. At the weekend, in the 4-0 victory over Rangers, Abada scored the first goal by moving cleverly away from both of Rangers’ centre-backs to shoot and score across John McLaughlin’s right-hand side. However, his second goal was down to him occupying a central position inside the penalty box with little movement which enabled him to be in the right place for a first-time finish through the legs of the Rangers goalkeeper.

Standing still can be just as crucial to success as continually moving in an offensive position. His second goal showcased real maturity in knowing where he was on the pitch and knowing where the ball would likely break towards. These are qualities normally associated with experienced center-forwards who can sense potential danger for their opponents and take up a position to hurt them to maximum effect.

This season, Abada has scored six goals in six games and averages a goal every 46 minutes. He has scored a hat-trick and ensured that he has forced his way into the Celtic starting eleven ahead of Daizen Maeda who was preferred for the opening few games. Maeda is a hard worker who is key to the way Postecoglou wants to play without necessarily being the most prolific of forwards whereas Abada at the moment is guaranteeing goals whenever he plays.

The 20-year-old Israeli forward is good enough to play every week in a side that has more than a few attacking options, and if he can maintain his start to the season then there is no doubt that he will soon become an automatic first pick rather than a rotation option with Maeda. One thing is for sure though: Celtic have a young player on their hands who is mature beyond his years. Abada is without a doubt one player to watch out for now and in the future.