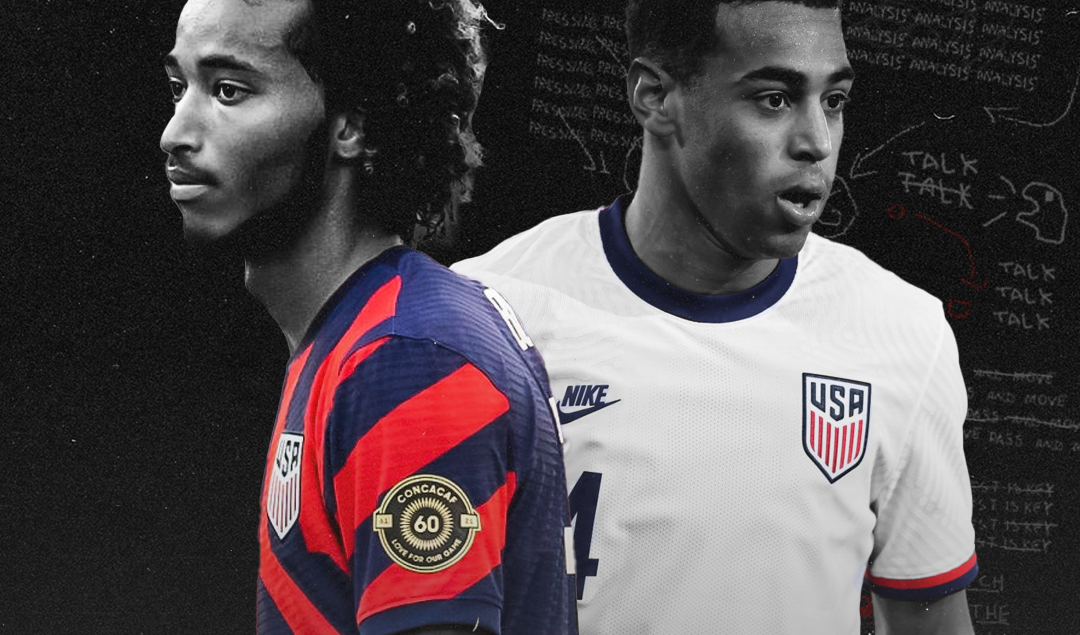 “You can see that I’m in the same spot that Tyler Adams was two years ago. A 16-year-old, playing in MLS, getting a couple games in and now he’s in the Bundesliga. I think of it as, why can’t that be me?” This is what Venezia’s Gianluca Busio had to say of Tyler Adams, now of RB Leipzig just a month after the former New York Red Bull made the jump to Europe in 2019.

While American fans are used to seeing homegrown talent in MLS make the trip across the Atlantic in 2021, this was not as common when Busio made this comment as a 16-year-old in MLS. The former Sporting Kansas City midfielder will likely be grouped with a number of MLS homegrowns leaving in the summer 2021 transfer window. However, his story is very similar to that of Tyler Adams – perhaps more than he could have guessed at the time of his statement.

Though he falls in a generation of Christian Pulisic and Weston McKennie, Tyler Adams’ development is a much better testament to the American system than his United States teammates. Though McKennie will tell you he has FC Dallas’ academy to thank for much of his development, he moved to Schalke at the age of 18 before ever making his professional debut. Pulisic on the other hand was never a part of an MLS academy and moved to Borussia Dortmund as a 16-year-old boy.

Tyler Adams was developed solely by New York Red Bulls before his European move and worked his way through the academy, into the second team (New York Red Bull II in America’s second division) and finally into the first team under Jesse Marsch. Since then, Brenden Aaronson of Red Bull Salzburg and Bryan Reynolds of Roma have followed the same path to Europe as Adams. Now – add Gianluca Busio to that list.

Tyler Adams had his breakout campaign in 2017 and while his talent was clear and the jump to a top club undeniable, his best position was in question. Was Tyler Adams a 6 or was he a right back? In his first full Bundesliga season (largely influence by injury) Adams showed he was comfortable as a wing back on the right side for Leipzig. He also showed he was comfortable as the deepest player in the midfield where he was used more often and will likely be integral for Jesse Marsch in the 21/22 season.

At the time Busio questioned why he couldn’t be the next Tyler Adams; he was never used as the deepest midfielder for Peter Vermes’ Sporting KC. In fact, in his 22 appearances the season following his quote he wasn’t used in this role either. However, since the MLS is Back Tournament following Covid-19, Busio has shown to be the most consistent in this position.

While he’s played as a more typical box-to-box, and even as a false 9 (rarely) since the start of 2020, Busio has found comfort as the deepest player in midfield, like Adams. In a time where Americans are becoming relatively spoiled in terms of talent, Busio had become a victim of expectations. Many considered Busio to be the second most exciting player of his age group, trailing only Gio Reyna.

However, not moving to Europe as soon as he turned 18 as many Americans have, had unrightfully made fans question their expectations. Through the questions and criticism, Busio became one of the first names on Sporting Kansas City’s team sheet as a teenager. At 19, Busio demanded a club record fee from Venezia, a Serie A club aiming to rebuild.

Despite a string of consistency in 2021, Busio remained criticized in his role as the deepest midfielder for Sporting Kansas City. Specifically, Busio was thought to be “too soft” as a 6, whereas comparatively Tyler Adams is seen as an impressive ball-recovering midfielder and notable presser, Busio is criticized for not having a big enough impact when his team is not in possession.

Let’s compare Busio’s current 2021 campaign with that of Tyler Adams’ last season in MLS before his move to Leipzig. This season, Busio applies pressure 26 times per game, which is an improvement on Adams in 2018 who averages 23.7 in this category.

However, applying pressure is not what people are complaining about. They feel Busio is beaten too easily, which is not the case. Busio’s successful pressure percentage is at 31.5% which again is an increase on Tyler Adams’ 29.9% in 2018.

He joins three other USMNT players in the Serie A 🇺🇸 pic.twitter.com/mGIaRX2eEE

The quantity of tackles won is important, and Adams is known to win possession in all areas of the pitch. RB Leipzig are beneficiaries of this with Adams’ pressing in the final third leading to multiple goals in the 20/21 season. Let’s take a look at tackles won in all thirds of the pitch.

While Busio in possession is not questioned nearly as much as his work without the ball, let’s compare his current campaign to 2018 Adams. Busio averages more touches in all areas of the pitch (both penalty boxes, defensive third, middle third and attacking third) and both attempts more dribbles and completes them at a higher rate – 56.5% to Adams’ 50%.

Venezia’s man is also a very accurate passer and perhaps separates his current campaign here more than anywhere else from Adams in 2018. While Adams completed a higher quantity of short passes, Adams does so at a higher percentage with over 90% of them finding its target. As the range increases, Busio becomes a more notable passer of the ball. Medium range passing has Busio at an impressive 95% compared to Adams’ 82.4%. Long passing is the biggest difference in success rate with Busio completing 67.9% of his passes and Adams at just 53.2%.

People have questioned Gianluca Busio throughout his time in Major League Soccer. Despite that, the teenager became a star in Kansas City and has kept the attention of European scouts for the duration of his time in the league. This is a testament to the system some MLS teams are fortunate enough to have which starts in the academy, leads to time in the second division with the club’s second team, progresses to MLS minutes and is rewarded with a European move. In this case, SKC get a record departure for the club, and the buyers, Venezia spent a club-record fee.

More than a testament to Major League Soccer and Sporting Kansas City, the development of Gianluca Busio speaks to the player himself, who entered the academy as a 14-year-old teenage prodigy and left as a club record transfer. In the process, Busio learned multiple positions, improved his play out of possession, made a debut for his national team, and won the CONCACAF Gold Cup.

Gianluca Busio is not currently and will not be the next Tyler Adams. It is yet to be seen if Busio will even remain positionally similar to Adams. Despite that, Busio will have high expectations leaving MLS, and will share the spotlight of a new generation of MLS-produced United States players for years to come.