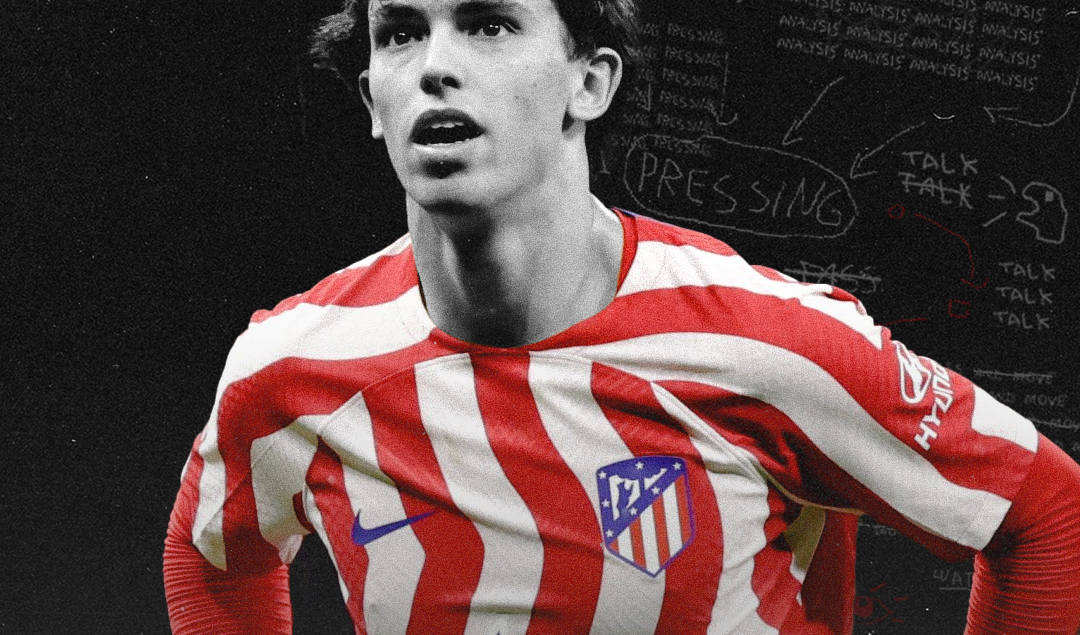 Joao Felix has become a lurking shadow of this January transfer window. It appears many clubs, such as Manchester United, Arsenal, and Chelsea, hold admiration over the Portuguese attacker, but only Todd Boehly’s limitless fund of cash is willing to swallow an £18m commitment on the loan signing of Felix.

It’s been well-publicised that Felix is unhappy at Atletico Madrid and particularly displeased under the management of Diego Simeone. The (in)famously defensive coach has only started Felix in LaLiga 20 times in a season once, which was the first year he left for Spain in 2019/20. Many of those who lust for the pure magic of Felix argue the Argentine has continuously limited his ability with his pragmatic style of football.

Those who argue against that view of the man who cost Atletico €126 million, say he’s never put in the defensive work required to start week-in-week-out. His output has never been consistent either, failing to ever contribute to more than 10 league goals in a season for the Rojiblancos.  These doubters do have a point, and any club stumping up even half that original transfer for Felix would look monumentally crazy.

Most executives seem to even be debating whether it’s worth covering his wages for a six-month loan. What’s absolutely clear is no matter how mad that record fee the Madrid club paid back in 2019 might look today, back in the 2018/19 season a star was born. If you’re a fan struggling with the idea of what Joao Felix even is, keep reading: Here’s the making of what could still be one of the best players ever to step out for the Seleção.

Some may remember Benfica’s successful exploits in the 2018/19 season without realising how large a part Felix played in it. They were the team that lost out in a Champions League group featuring Bayern and soon-to-be-semi-finalists Ajax, before sacking their coach Rui Vitória on the third of January 2019. By that point, the Eagles sat fourth in the league and looked far away from reclaiming their Primeira Liga. That’s when president Luís Filipe Vieira decided to take a chance on B-Team coach, Bruno Lage.

The future Wolves manager hadn’t held a senior role by this point, and was brought in to see what could be rescued from a season that, bar a potential run in the Europa League, looked to be heading towards disappointment. Lage ended up reaching the quarter finals of the Europa League. He also ended up lifting the Portuguese title in May, after his side went unbeaten domestically. The answer behind the stomping form?

His decision to give 19-year-old Joao Felix his third start of the season, but away from the wings where had operated and instead, as a second striker in a 4-4-2. He lined up against Rio Ave, and left the Estádio da Luz with two goals for his work. From there, the scruffy teenager who had ditched Porto for Benfica four years prior became the golden boy of Europe.

Just How Good Was He?

It’s important to acknowledge that Benfica’s resurgence didn’t just rely on the full promotion to the first team for Felix. His striker partner, Haris Seferovic, topped the goalscoring charts with 23 in 29 appearances. Lage’s use of his full backs, Alex Grimaldo and Andre Almeida, was splendid, and both defenders ended the season on 23 assists combined. The team as a whole was inspired by Lage’s tactics and defiance against the big teams, and this saw them defeat Porto and Sporting on the way to the title.

Felix though, was absolutely instrumental in this rise. In fact, he became the youngest scorer in the history of the Lisbon derby. When Benfica played their first leg against Frankfurt in the quarter-finals of the UEL, Felix became the youngest player to ever score a hat-trick in the competition’s history.

This was the goal scored by 19-year old João Felix in the Lisbon Derby!

It put Benfica 2-0 up and was his 5th goal in just 10 league outings. João Felix – remember the name! 🔥pic.twitter.com/OTJYdnq2i7

His goals were not ones of fortune either, or to the benefit of lacklustre goalkeeping and defending. His first was a penalty, taken too cooly for what was a child in a packed-out crowd for a European tie. But if the first was cool, the second was bombastic. Felix cleverly dropped off the defensive line and found a bit of space in front of Franco Cervi to receive the pass, before thumping a low shot from 25 yards out into the bottom corner.

João Felix goal tonight, his second of the game vs Frankfurt 🔥 pic.twitter.com/qyorHstKmM

This showcased a trait that has not faded in any capacity since breaking through in Portugal and moving to Spain: Ballstriking. Felix hits his shots with a ferocious amount of power and accuracy, and he has outperformed his non-penalty expected goals p90 every single season in Spain.

In case you were interested in the third, it was less flashy than his second but perhaps more encouraging for Chelsea fans. Felix, again aware of the space he was creating for himself, dropped off a retreating Frankfurt defensive line to receive a simple cutback, and make a calm first-time finish past Kevin Trapp.

The only thing missing from this MOTM performance was some creativity showcased throughout the rest of the 18/19 season from Felix. He assisted eight goals in the league from January onwards, and it’s what helped distinguish him from any profiles as a goal poacher.

That side of his game shone in Benfica’s 4-2 win against Vitoria de Setubal, when Felix grabbed a double assist. The first saw him drop wide to the right-hand side, and cross in early towards Rafa to finish. The second saw him use something that’s not normally discussed with Felix: His muscle.

He barged two defenders out of the way in pursuit of a loose ball before rolling it to Rafa Silva to make an easy finish, and this isn’t an isolated incident. We tend to think of Felix as a light, mercurial small forward but at Benfica, he showcased a bite to his game. At just under 6ft, he has the physique to potentially adapt quite swiftly to the Premier League.

When Felix ended the season as a champion, Antonio Simoes made a daring comparison to Johan Cruyff, calling Felix ‘a thinker’. This echoes a quote of Bruno Lage, following the Frankfurt victory before the Germans ran out 2-0 winners in the second leg, choosing to describe his young prodigy as a “very intelligent player”.

Is the Talent Still There?

It’s this combination of footballing IQ, phenomenal technical ability and a consistent track record for scoring more goals than the average player would that has meant the glamour for Felix has never gone away. That’s even with the stuttering form at Atletico. Perhaps he has been judged too harshly in Spain, mainly due to becoming the second most expensive teenager of all time after his move to the Wanda Metropolitano.

After all, he was crowned the club’s player of the year last season, something that often gets forgotten in the face of a season where he missed 12 games through injury and contributed to just 12 league goals. What is glaring about his time in Atletico though is just how differently he has been used under Simeone. Yes, he has on paper, been deployed upfront, usually in a front two. Compare his heatmap from his final season at Benfica to his last full season in Spain though, and it’s clear he’s been forced more wide for Atletico.

That’s something that Chelsea, and to go further Graham Potter, should deeply consider when they think of how he fits into this Chelsea team. The evidence at hand suggests he isn’t going to be a valuable contributor from the wings, and has been more devastating in a free role.

Whether he will be allowed at Stamford Bridge is a different matter. However, the genuinely stunning feats he achieved at Benfica are a timely reminder that Joao Felix isn’t a failed wonderkid or a transfer flop: He’s an immensely talented youngster who has less to prove than his doubters believe.