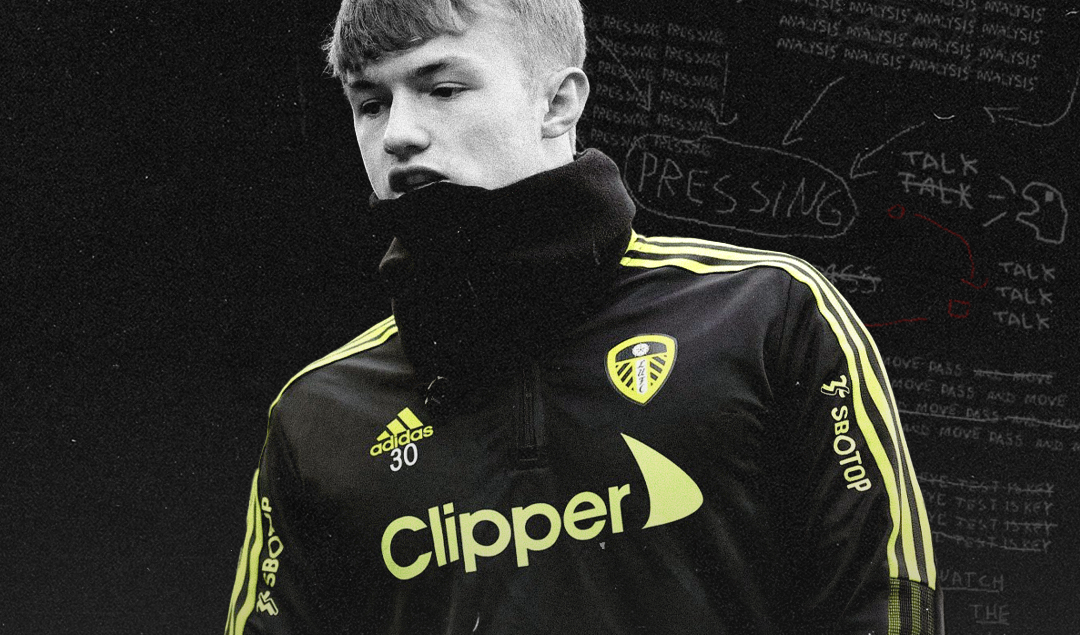 “Managing him was a dream. Every time he played, he was affecting things positively. The flair he had didn’t mean he did things for show. He just had it.”

Those were the words of former Wigan Athletic coach Nick Chadwick, discussing the development of striker Joe Gelhardt with The Athletic.

Including penalties won, the Leeds forward, long touted as one of England’s brightest prospects, averages a goal involvement every 93.4 minutes in this season’s Premier League.

For a side so goal-shy this campaign, the brief glimpses we’ve seen of the 19-year-old Liverpudlian in the topflight have been enough for fans to understand what Chadwick and his fellow Wigan coaches saw during his time at the club.

“They’re not too similar, but he reminds me of when a young Alan Smith was breaking into the first team. It’s that buzz and excitement that he could be really special,” explained one fan.

Gelhardt had made 18 Championship appearances for Wigan during the 2019/20 season but was one of the first to leave the club as they entered administration.

Leeds profited from the Latics’ unfortunate financial situation and snapped up the forward for around £700k, beating Leicester to the signature of a player who, realistically, was far more valuable than his price tag.

His first season across the Pennines was spent with Leeds’ development squad, with Joffy, as he’s nicknamed, scoring 11 times in 16 games as the Under 23s won the Premier League 2 Division 2 title at a canter.

Capped all the way from England U-16 level and now part of Lee Carsley’s Young Lions, Gelhardt was handed his long-overdue Leeds debut as a substitute in a Carabao Cup tie against Fulham. Tied at 0-0 after 90 minutes, the striker made no mistake from the spot as the Whites edged through on penalties.

A Premier League debut against Southampton soon followed, before Gelhardt announced himself to the Elland Road faithful against Wolves. Roared on by thousands of excited fans and with his side losing 1-0 with moments to go, the forward picked the ball up 35 yards from goal.

An intelligent turn and Portugal international Rúben Neves was left in his wake. A drop of the shoulder saw Romain Saïss chasing shadows.

Bearing down on goal, Nelson Semedo bundled him to the ground. Rodrigo hammered home the resulting spot-kick and Leeds salvaged a draw thanks to the fearlessness of a youngster playing at Elland Road for the first time. 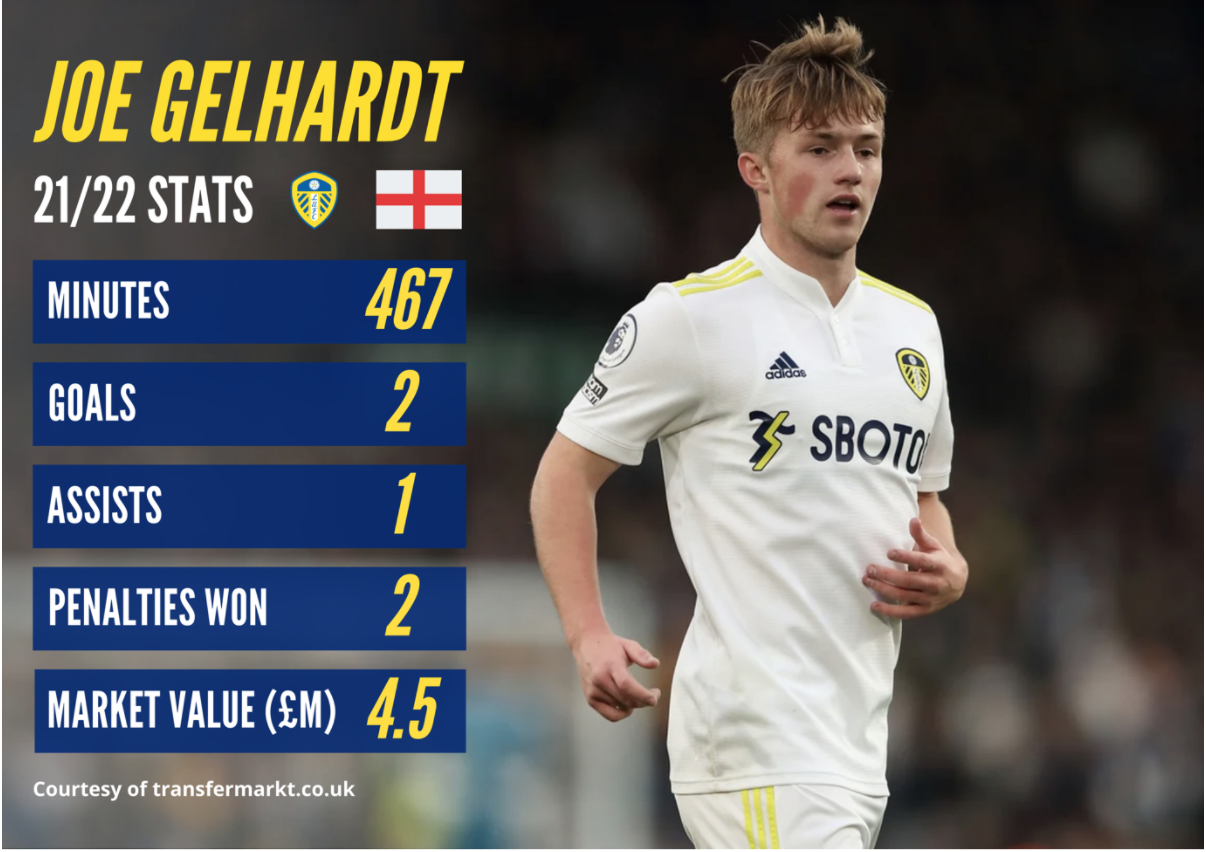 It’s these ball-carrying attributes, owed to a low centre of gravity, coupled with a stocky build and killer sharpshooting that has pundits and fans alike comparing Gelhardt to a young Wayne Rooney.

Gelhardt’s average of 2.31 dribbles completed per ninety puts him in the top 4% of players among Europe’s top five leagues, whilst 1.35 carries into the penalty area per 90 make him a handful for centre halves or fullbacks, given his tendency to drift to either flank actively looking for the ball during attacking build-ups.

In the absence of England international and last term’s top scorer Patrick Bamford, Leeds have lacked a focal point to their attacks.

For all Daniel James’ pace and tenacity, the Welshman is a winger shoe-horned into the role out of necessity.

Rodrigo, for all his quality on the ball, has himself been nursing an injury throughout the majority of the season and often drops too deep looking to create a chance than be on the end of one.

Gelhardt, despite having a keen eye for a pass and skilful dribbling traits with the ball, is much more of a traditional centre forward in the simplest sense and the numbers back up why he’s the perfect deputy to the injured Patrick Bamford.

The forward’s willingness to help the team, a staple of former boss Marcelo Bielsa’s approach, should put him in good stead going forward under new manager Jesse Marsch. As the stats above show, Gelhardt’s tenacity and persistence in closing down opposition players all over the pitch ranks him amongst the highest in Europe.

Undoubtedly, however, the striker’s main attributes are his predatory instincts and deadly finishing. Predominantly left-footed and not afraid to shoot from distance, Gelhardt’s intelligent movement often allows him to find space and, especially for the development squad, the goals tend to follow.

Hundreds of young players pass through the academy system flirting with the idea of hitting the heights. There are few who show all the signs of going right to the very top. Joe Gelhardt is one of them.