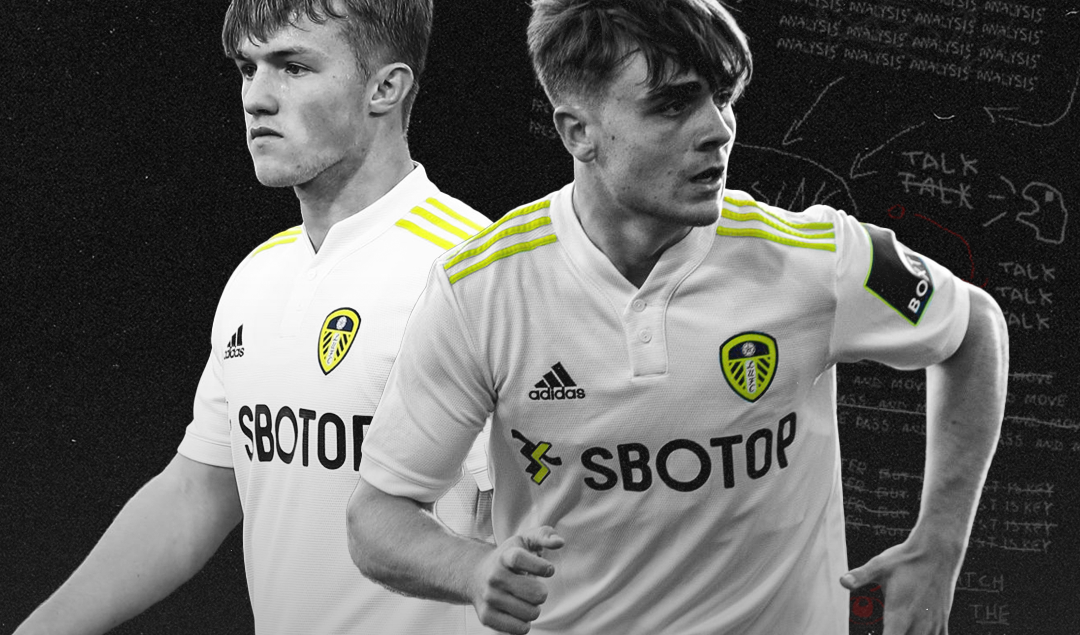 Their latest defeat, a 7-0 (seven) dismantling at the hands of the reigning champions Manchester City saw a befuddled Marcelo Bielsa unable to explain what he had just seen at full-time.

“We’ve never played so badly in these four years,” the Argentine said to the press. This was not a problem of individuals or the collective. Nothing worked. We didn’t find any surprises in the game. The team we faced was the team we expected to face. The ideas, the solutions I proposed, none of it worked. The responsibility is mine in an absolute manner.”

The Whites’ last visit to the Etihad couldn’t have been more different. An early Stuart Dallas goal stunned the hosts, but the tide looked to turn in City’s favour after Leeds skipper Liam Cooper was shown a straight red card on the stroke of halftime.

The then-Champions elect would equalise through Spaniard Ferran Torres, but the heroic ten men of Leeds not only hung on for a point; they took all three back across the Pennines thanks to a last-gasp second from Dallas.

Fast forward a few months and the side that impressed so highly, the last term looked a completely different outfit this campaign. An uninspiring summer transfer window, coupled with an injury crisis beyond anything seen at Elland Road in years, means that Bielsa’s side sit perilously close to the drop zone.

England’s 2021 Player of the Year and Leeds cult-hero Kalvin Phillips faces a lengthy spell on the sidelines after picking up a hamstring injury in the draw against Brentford. The Yorkshire Pirlo has since had successful surgery but is looking at around two months out of action.

This came after club captain Liam Cooper had earlier hobbled off with a hamstring injury. Whilst the Scotland defender often divides opinion amongst Leeds fans, none can question his form at the back this season alongside Diego Llorente.

England international Patrick Bamford capped off an unwanted hamstring hattrick against the Bees late on, ironically injuring himself celebrating his last gasp equaliser. The forward, who netted 17 times last season, was making his first appearance since picking up an injury at Newcastle in September. 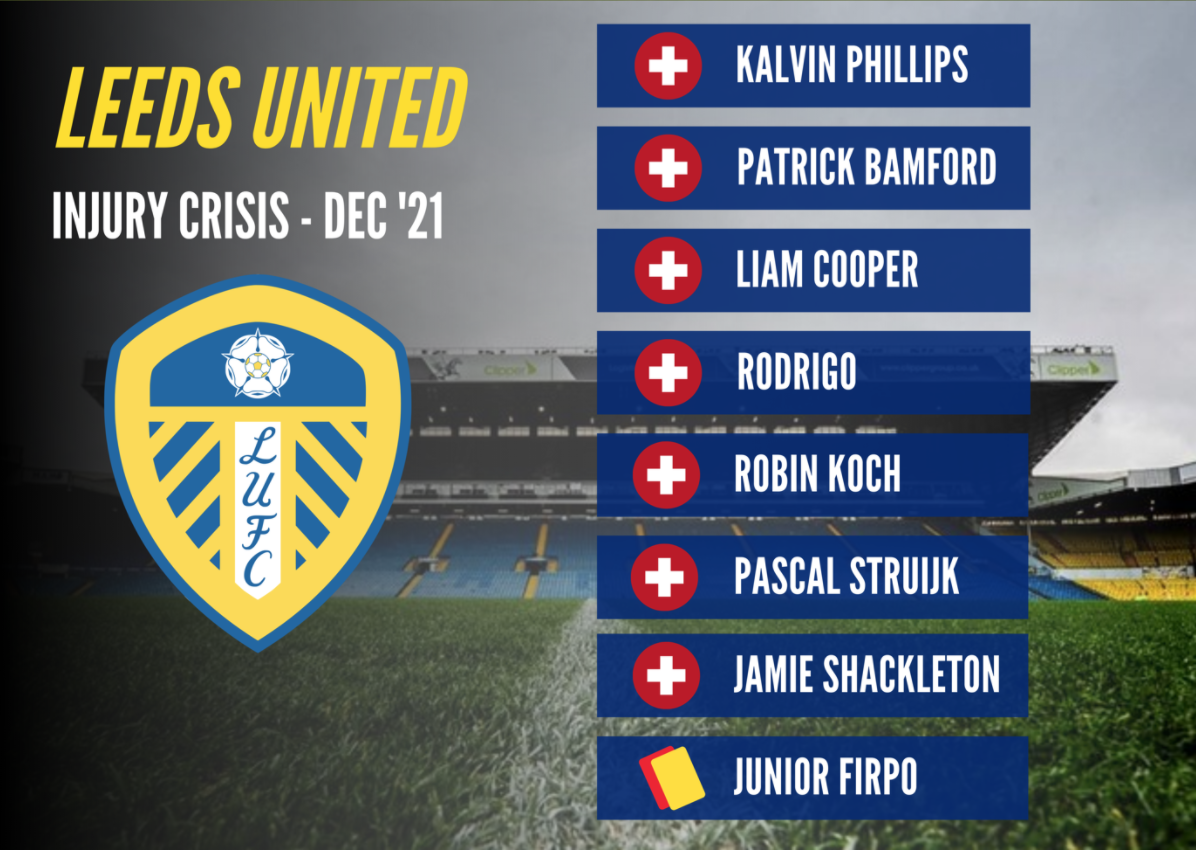 Germany international Robin Koch looked finally set to return to training after a long-term pelvic injury which Bielsa comically described as a ‘rebellious pubis’, but illness saw the timescale extended. Daniel James has also picked up a muscular injury in the 7-0 loss to City, meaning Leeds only have 9 senior players going into their match against Arsenal.

Club record signing Rodrigo is out with a heel injury, with a club statement reading: “The player and medical staff have deemed it necessary to reduce his activity for the time being, in order to aid his long-term recovery.”

“The injury Pascal has is unusual,” explained Bielsa when asked of Struijk’s recent woes. “An explosive moment made two bones in his feet collide together and that doesn’t generate an injury – neither to bone, nor muscle, nor joint – but has the effect of a knock on his bone and that generates pain. Until that pain disappears it’s going to prevent him from playing. In my whole career, I’ve never seen an injury like that.”

Elsewhere, Jamie Shackleton was forced off against Manchester City with a muscle issue whilst Junior Firpo, in just his 12th Premier League appearance, picked up a fifth yellow card and subsequent one-match ban. That being said, here are some highly-rated youngsters chomping at the bit to stake a claim for a first-team spot.

The similarities between the Wigan Athletic academy product and a young Wayne Rooney are startling. Gelhardt, or Joffy as he is known, excels at driving forward with the ball, with a low sense of gravity and burly figure making him very difficult to dispossess.

Deceptively quick and with a keen eye for a pass, the forward is capable of playing anywhere across the front line or in behind an attacker. 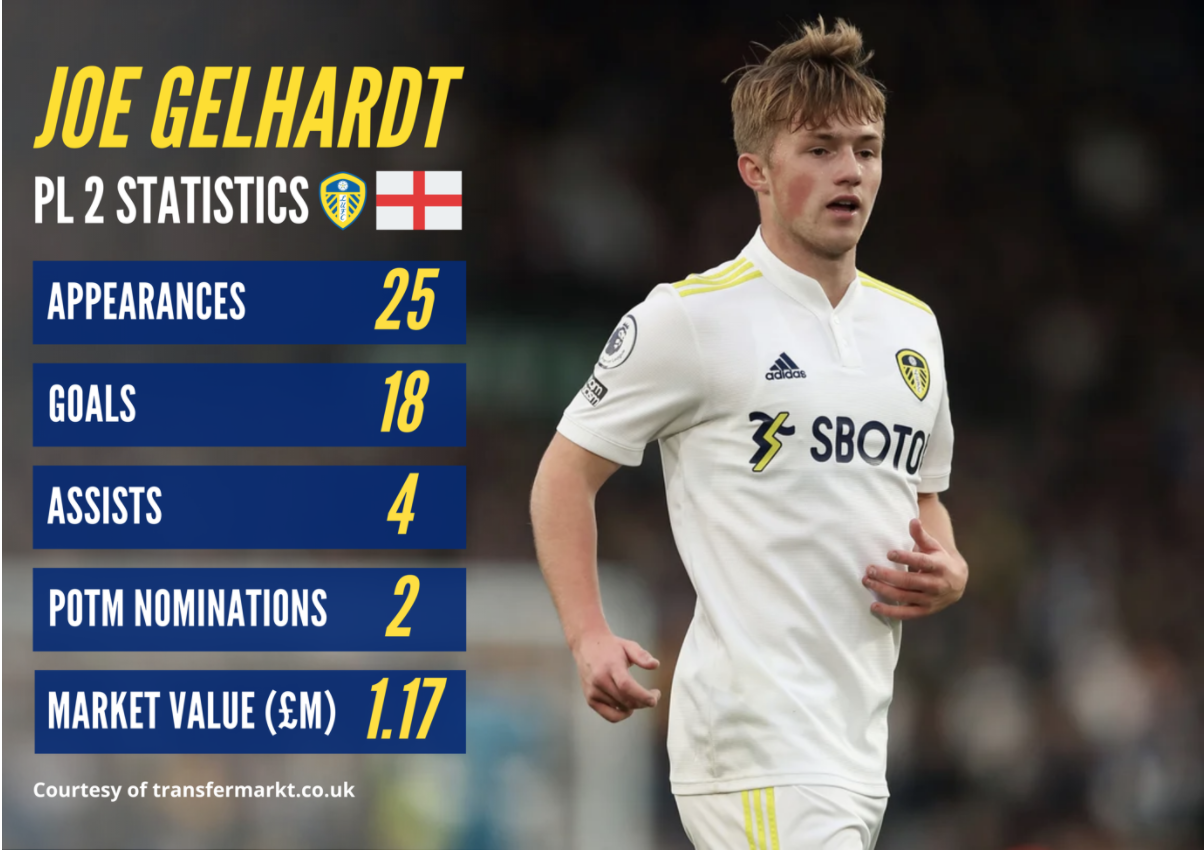 As an out-and-out striker is where he comes into his own, however. His sharpshooting has seen the 19-year-old net 18 times for Leeds’ U-23s in the Premier League 2 in just 25 appearances, recording four assists in that time.

Gelhardt was influential in salvaging Leeds a point against Wolves on his home Premier League debut, driving into the box from deep before being felled by Nelson Semedo, with Rodrigo firing home the resulting penalty kick.

The striker bagged his first Premier League goal with his first touch away at Chelsea, ultimately drawing the visitors level in vain as Jorginho’s penalty won it late on for the hosts.

With Patrick Bamford and Rodrigo both back on the sidelines, Tyler Roberts desperately struggling to find form and the experiment of using Dan James as a false nine becoming increasingly frustrating game by game, the clamour for Gelhardt to start can be heard all across West Yorkshire.

An England U-21 international, the centre-half impressed highly started in Leeds’ Carabao Cup victory at Fulham, before holding his own on his Premier League debut against West Ham and tricky customer Michail Antonio. 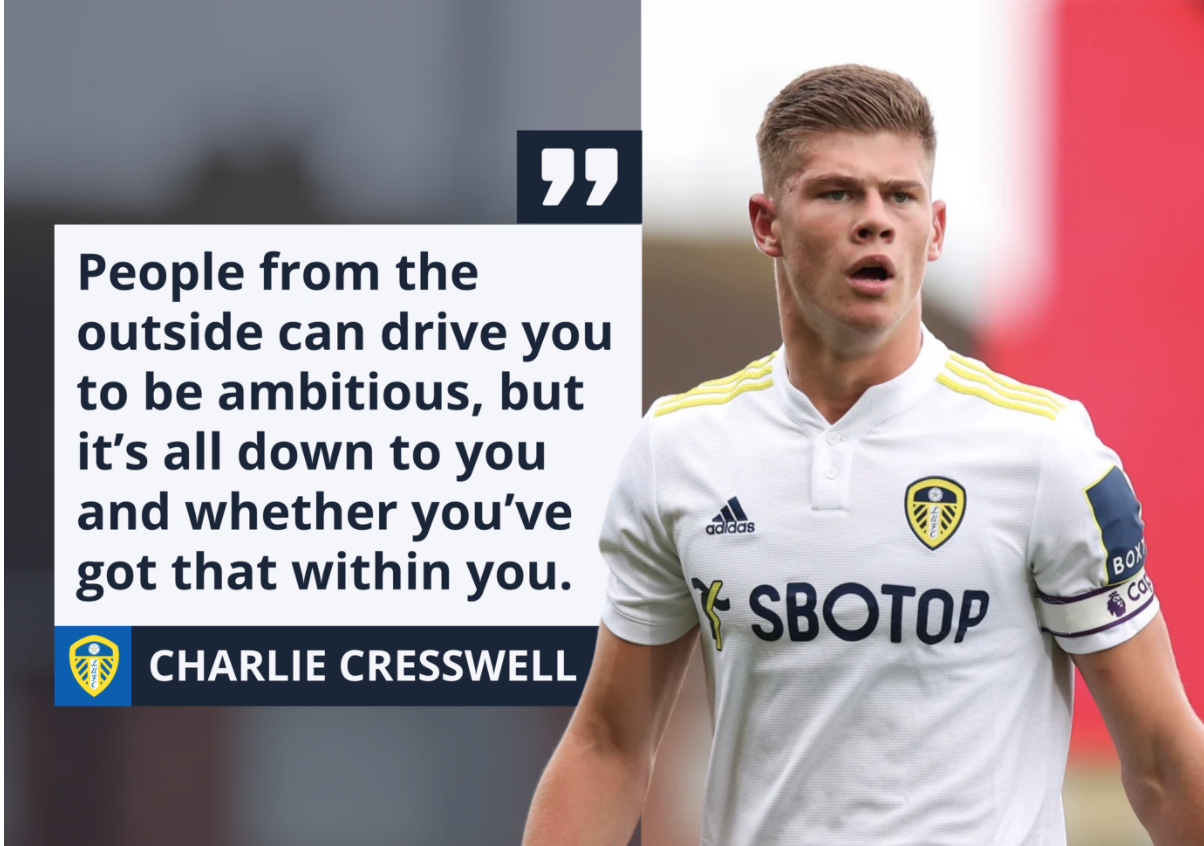 Comfortable using either foot and with pinpoint long passing abilities, Cresswell was nominated for last season’s Premier League 2 Player of the Season award. The youngster has also impressed skipper Liam Cooper with his vocal leadership qualities and maturity.

With Cooper, Koch and Struijk out injured, and Firpo ineligible to face Arsenal through suspension, Cresswell looks set to start in the heart of defence with Luke Ayling reverting to his favoured right-back role and the versatile Stuart Dallas slotting in at left-back.

Chelsea lost two of the brightest academy prospects in the summer as Tino Livramento swapped Stamford Bridge for the south coast as he joined Southampton, whilst Lewis Bate headed north to work under Marcelo Bielsa. 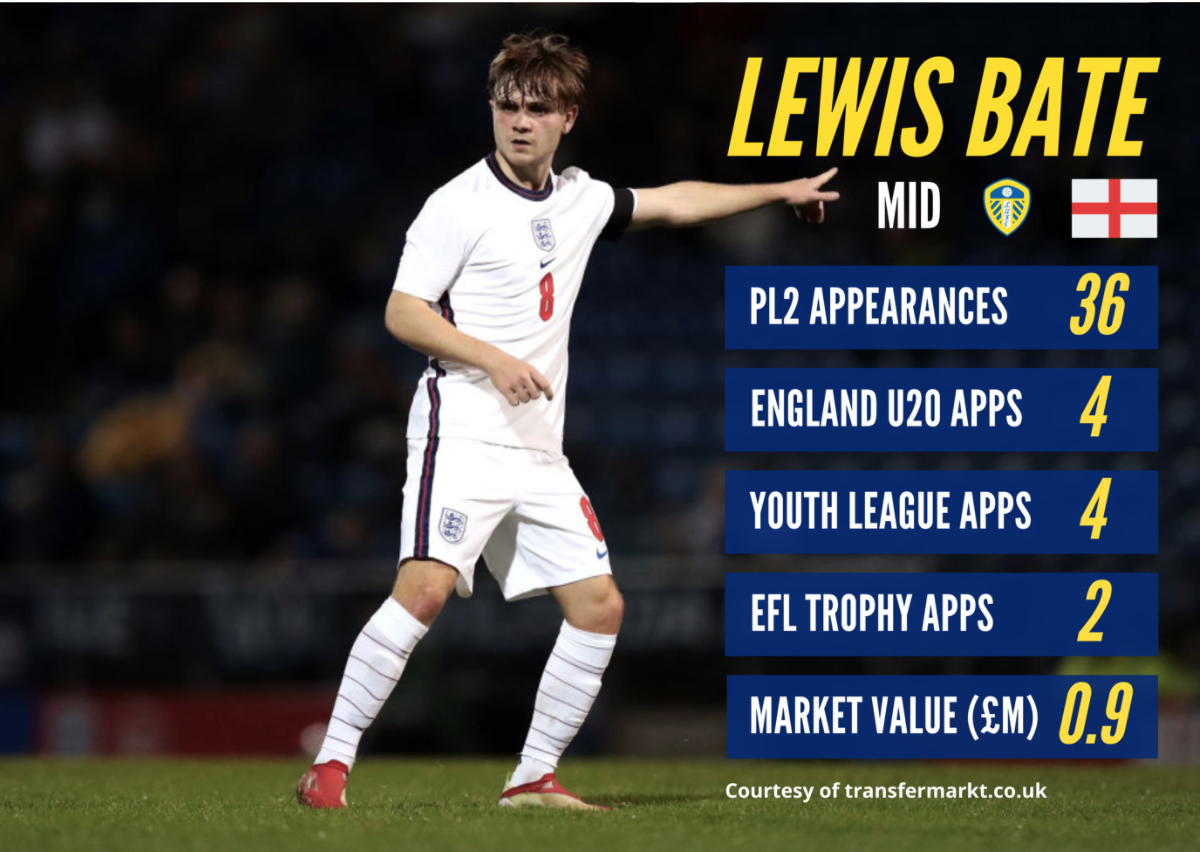 Livramento has since established himself in the Saints starting XI, and whilst Bate still awaits his first taste of Premier League football, the midfielder has been very impressive for Leeds’ academy squad.

Capable of playing in front of the back four, a box-to-box midfielder or even as a number ten, the player once dubbed as the Sidcup Seedorf by Chelsea fans has four England U-20 appearances to his name and managed to get on the score sheet in a draw against Italy.

The absence of Kalvin Phillips has seen Adam Forshaw drop deeper, leaving the number eight position up for grabs. With Stuart Dallas often needed elsewhere, Rodrigo missing through injury and Mateusz Klich a shadow of his former self, the predominantly left-footed Bate could feature before long.

Other youngsters to keep an eye on from Thorp Arch include England U-20 right-back Cody Drameh, former Feyenoord winger Crysencio Summerville and attacker Sam Greenwood. Whilst injuries continue to plague the Leeds United squad, the next generation of young talent look ready to make the step up. 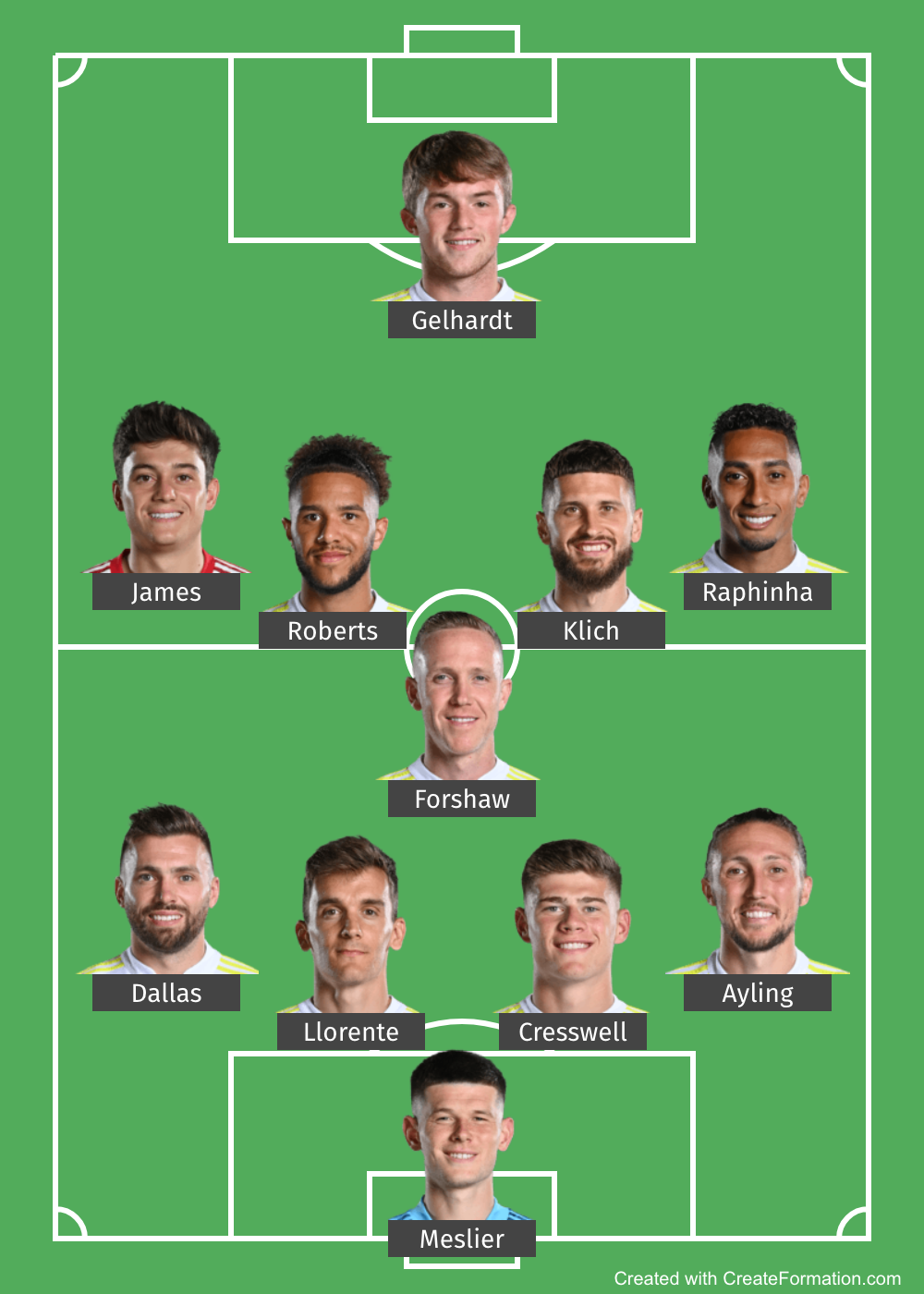