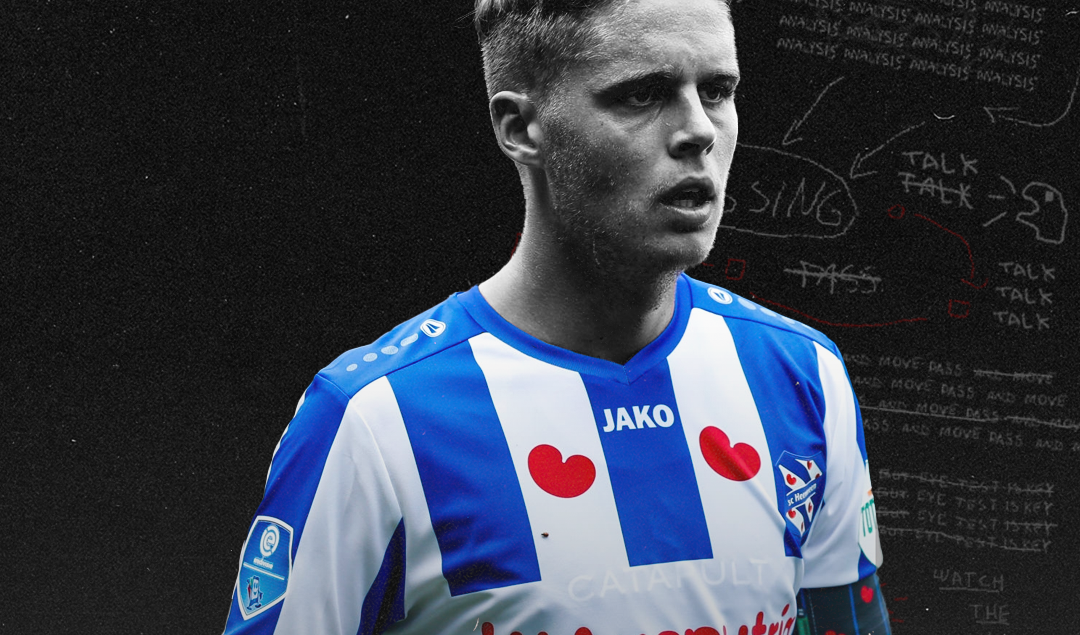 Joey Veerman got a deserved move from Dutch second-tier side FC Volendam to SC Heerenveen in 2019, as the center-midfielder played 81 matches for Volendam, scoring twelve times and also having twelve assists.

SC Heerenveen signed him for just €500K, and it’s fair to say that he was worth that fee. Playing another 81 games for Heerenveen throughout the next two and a half seasons, Veerman scored 18 times and also contributed 23 assists.

Veerman was the main man at Heerenveen, mostly together with striker Henk Veerman, who also shares the same last name, although they are not related. They formed a good partnership at the club and were the only two standout players most of the time.

Before the 2021/22 season starts, Joey Veerman made it very clear in interviews that he would like to make a transfer and move elsewhere. Unfortunately for him, the club didn’t let him leave whilst there was interest from Feyenoord.

In January of 2022 though, PSV decided to sign Joey Veerman for €6 million, and he so got his transfer that he so desperately wanted. In the first half of the season, Veerman played 20 games for Heerenveen, scoring four goals and providing seven assists. In the second half of the season, Veerman played another 24 games for PSV, in which he contributed with six goals and seven assists.

Whilst it was difficult for him to get a place in the starting eleven, as the midfielder roles were already given to Mario Götze, who played more as an attacking midfielder, Erick Gutierrez and Ibrahim Sangaré, who were both playing in a more defensive role, the question was raised: where would Veerman fit in, as he only ever played as a center-midfielder? Due to a few injuries from Cody Gakpo and Noni Madueke, Veerman was firstly playing on the wing. Very quickly you could see his main attribute, which is his passing.

Constantly giving good long passes and through passes was something that was missing in this PSV team, and Veerman showed that he can definitely contribute to that part. He also sometimes played as an attacking midfielder when Götze was injured, or even replaced one of Gutierrez or Sangaré and had to play in a more defensive role.

After half a season at PSV, Veerman showed that he is at the level that PSV is asking from their players. But, he still has to improve a lot in his defensive awareness and overall defensive play, whilst he will also need to adapt quickly to the pressure and speed when playing against other European teams.

As Mario Götze has officially left PSV for Eintracht Frankfurt, the club from Eindhoven already have a readymade replacement with Joey Veerman. It would help him a lot if he can mainly focus on the attacking side of things, but he does need to improve when playing in Europe to genuinely help PSV advance further into any of the European competitions.