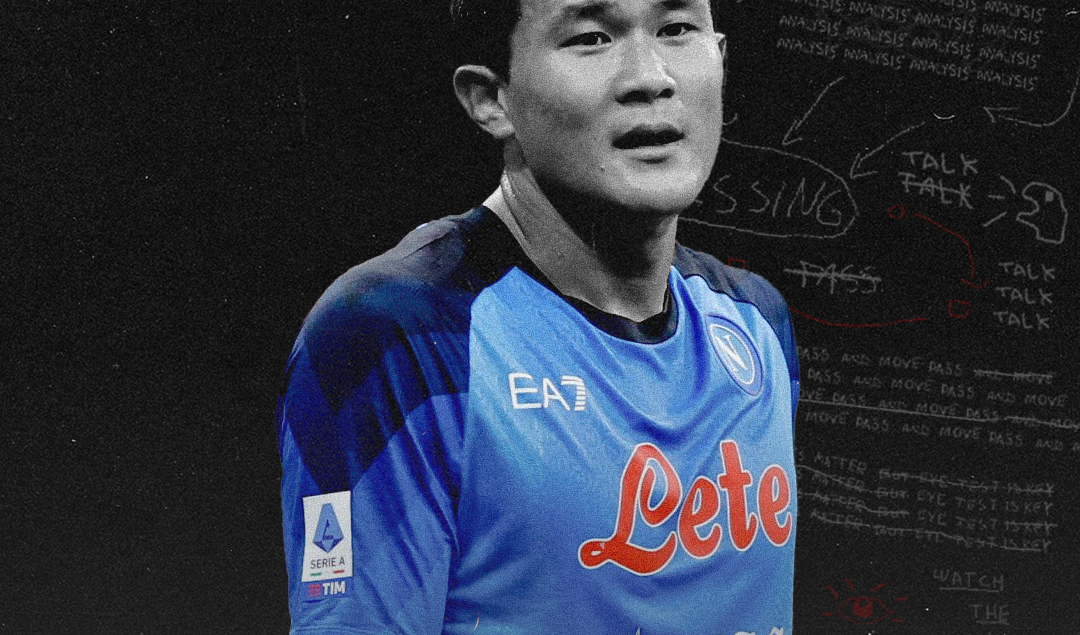 It’s still early days, but Napoli look to have completed one of their best transfer windows in several years. Having lost club legends Lorenzo Insigne, Dried Mertens and Kalidou Koulibaly, it wasn’t looking good for the Neapolitans. All the talk this season has been about the Georgian wonderkid Khvicha Kvaratskhelia, but another new signing has been just as effective and impactful for Napoli and is spearheading their title charge.

Kim Min-Jae. The South Korean centre back signed from Fenerbahce to replace Koulibaly. Kim has seamlessly stepped in, and the Napoli defence hasn’t missed a step. Incredible considering how vital Koulibaly was for almost a decade in Naples.

What is even more amazing is how easy he has made it look, without any sort of adaptation period the 25-year-old is already one of the best defenders in Serie A and if he carries on like this, one of the best in the world.

Kim’s best ability is his composure, whether he is one on one with an attacker or has the ball and is being pressured by an opposing player. His ability to remain calm in tough situations is what separates him from other defenders.

At 6’3 he has the physicality to deal with any challenging aerial battle and he is surprisingly nimble on his feet and can keep up with some of the quickest players in the league. Kim has almost no physical weakness; speed, strength, aerial ability — he is flawless. Very similar to Koulibaly in that aspect.

Another similarity between Koulibaly and Kim is their incredible ability with the ball at their feet. Over the years, Koulibaly’s passing and driving with the ball started many attacks for Napoli and it’s the same so far this season with Kim.

Although Kim doesn’t have the long-range passing, his ability to break the lines with good passes has helped change defense into attack in an instant for Napoli on various occasions. Kim was named Serie A player of the month for September and rightly so. Napoli won 5 out 5 games in September and only conceded 3 goals in all competitions and haven’t conceded more than 1 in any game.

Napoli faced Lazio, Liverpool, and Milan in September and won them all relatively comfortably and Kim was a massive part of that. Key blocks and tackles helped Napoli hold onto to leads late in games and when teams get desperate and start putting crosses into the box, he is there to deal with it and relieve the pressure.

After opening the season with a 5-2 win over Hellas Verona and a 4-0 win against Monza, Napoli fell to consecutive draws to Fiorentina and Lecce — they have since picked up seven straight wins, beating the likes of Liverpool, Milan, Ajax and Lazio. They sit atop Serie A, atop their Champions League group, and are one of the last remaining undefeated teams in Europe.

Kim Min-Jae has been an absolute revelation in Naples and although no one will say he is better than Koulibaly just yet, if he carries on like this there won’t much to separate the two. If Napoli are going to go far in competitions and be genuine contenders to win silverware, Kim will play a massive role.