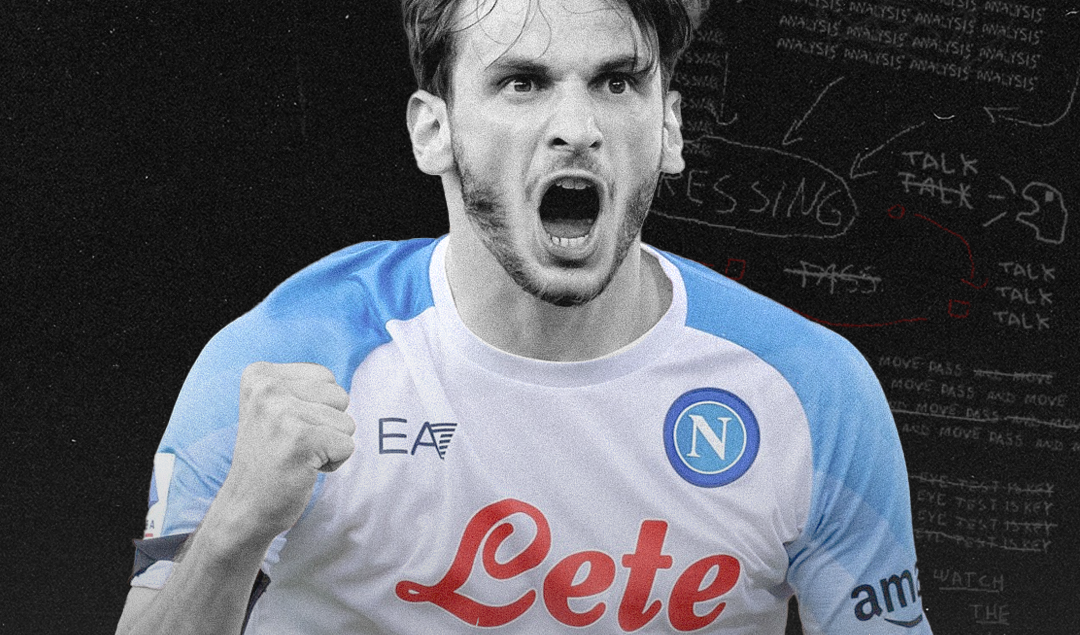 There is a new star in Naples: Khvicha Kvaratskhelia.  When Napoli lost Lorenzo Insigne and Dries Mertens this past summer, it was hard to imagine where the creativity and goals would come from for Napoli. Even harder to imagine that a 21-year-old from Georgia could possibly be the answer.

Napoli were linked with Khvicha since the start of 2022, in March it was pretty much a done deal and fans began to wonder who this kid was. Videos began to spread online and his talent was there for all to see. His close control and dribbling were comparable to some of the best in the world, scoring incredible goals with both feet and an overall ability to make things happen with the ball at his feet.

The game that stood out to most was an international game in the World Cup qualifiers that saw Georgia take on European giants Spain. Games like this usually end one way, a comfortable win for the bigger team, but not this time.

Throughout that first half, every time Khvicha got on the ball, the home crowd would erupt into cheers in anticipation of their wonderkid, wondering what he would do next. His influence in the game kept growing, from winning the ball back in his own half to beating three players at a time to get his team up the pitch, he was causing problems for Spain all game.

On the stroke of halftime, Georgia were rewarded for their resilience, Khvicha gave them a 1-0 lead. They ultimately lost the game 2-1 but Spain had to work hard for it, scoring their winning in the dying minutes of the game. Khvicha Kvaratskhelia continued be influential for both club and country, putting some of the biggest teams in Europe on notice.

Khvicha arrived in Naples at the start of training camp and was an instant success, every time he stepped on the pitch during pre-season it was evident there was something special about him. His ability to beat players with such ease was incredible to watch. When Napoli first signed him, it was seen as a project, a player for the future, but it was clear that he was ready now and he would provide instant impact for the Neapolitan club.

Napoli kicked off their Serie A campaign against Hellas Verona, a team they have struggled to beat in recent seasons. Kvicha started on the left of the front 3, a position that Lorenzo Insigne held for almost a decade. The Georgian fit right in and made a huge impact on his debut. A goal and an assist to go with an almost perfect performance sent a clear message to the entire league that he and Napoli are going to be very dangerous this season.

A soldout crowd for Napoli’s home opener against Monza were patiently waiting to see their new boy light up Stadio Diego Armando Maradona. They were not disappointed. Khvicha was a threat from the very first minute and when he cut in onto his right foot, fans began to have flashbacks of their former captain doing this countless times.

The heir to Lorenzo Insigne with the ‘Tiraggiro’ that Insigne made famous. Khvicha’s effort flew into the top corner and the place erupted, it was poetic. Later that game he scored again, taking his total to 3 goals and an assist in his first 2 appearances. It would be near impossible to have a better start than that for your new club.

A summer that saw Napoli lose Koulibaly, Insigne and Mertens, three of their best players ever, Kvicha Kvaratskhelia presented a breath of fresh and a reason for fans to be excited once again. He has all the qualities to be at the very top. Once again Napoli have found the diamond in the rough that could lead them for many more years to come.