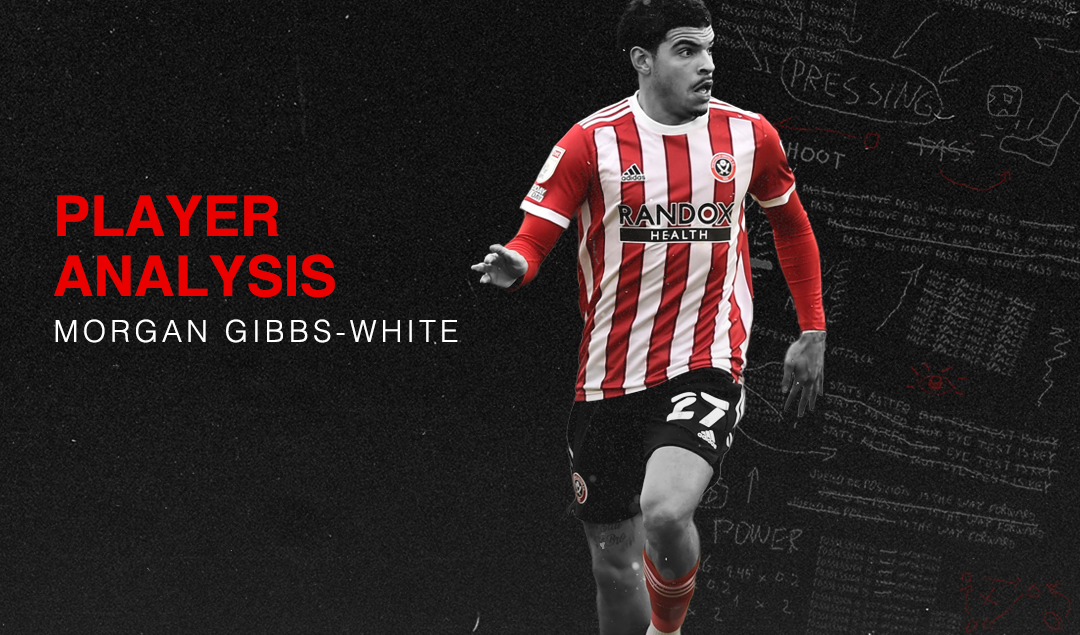 Nottingham Forest continued their recent resurgence with a 2-0 win over local rivals Leicester City on Saturday. Club-record signing Morgan Gibbs-White was at the heart of everything for Steve Cooper’s men, laying on both assists for Brennan Johnson as Forest climbed to 13th in the Premier League table, and it’s no surprise that both player and club have found form at the same time.

After nearly leading the Blades to promotion with a breakout 2021/22 campaign, Gibbs-White arrived at the City Ground from Wolves for £42.5 million, including add-ons. An astronomical fee for a player with just a handful of top-level experience. But his performances since the resumption of domestic football have shown that the 22-year-old can replicate the sort of displays he made commonplace on loan at Swansea City and Sheffield United.

Comfortable receiving the ball on the half turn, Gibbs White is at his most dangerous driving at the heart of the opposition defence before threading balls into Forest’s wide men. He’s struck up a productive partnership with Johnson, though his teammate’s lack of composure has often left Gibbs-White frustrated.

With four Premier League assists to his name, Gibbs-White has singled himself out as Forest’s chief creator. The 22-year-old has assumed set-piece responsibility and proved his credentials by setting up goals for both Cheikhou Kouyate and Emmanuel Dennis. His in-swinging deliveries have given Forest an edge that could prove pivotal in their bid for survival.

Gibbs-White has struggled for goals in the Premier League. Though, there have been glimpses of his ability to deliver on the fearsome reputation he developed in the Championship. A threat from range, Gibbs-White’s shimmy and shot against Brentford showcased his ability to win a game single-handedly. Whilst his rebounded effort against Crystal Palace spoke to his predatory instincts.

Cooper must be looking for Gibbs-White to deliver in front of goal more regularly. But he’ll also be encouraged by the way he changed the game against Leicester. Forest and Gibbs-White look to be finding their feet back in the top flight, and with league matches coming up against Bournemouth and Leeds as well as a League Cup semi-final against Manchester United, everything seems to be falling into place at just the right time.