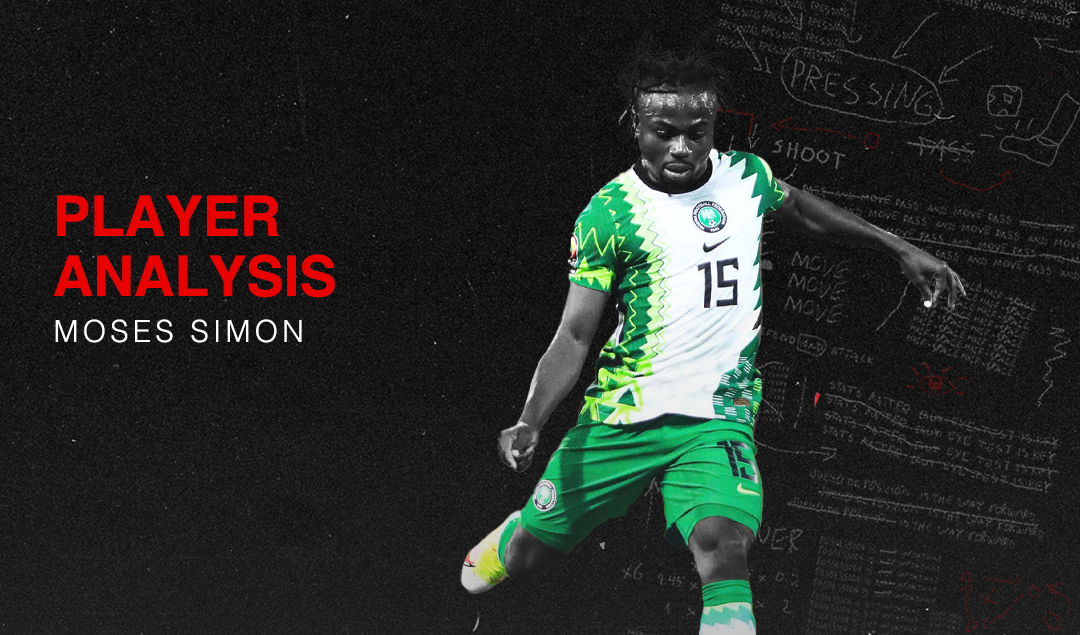 It is no surprise that Moses Simon has made an electric start to the ongoing Africa Cup of Nations. After starting on the left flank in Nigeria’s 1-0 victory against Egypt, Simon scored a goal and provided one assist in the second group stage match against Sudan and was rightly awarded as the game’s official Man of The Match, as the Super Eagles sealed their place in the Round of 16 with a 3-1 victory.

He also boasts one of the highest successful dribbles percentages (77.8%) in the competition. Simon’s form heading to AFCON has been equally impressive for his club Nantes, having contributed 8 goals to the 26 goals scored by La Maison Jaune so far this season.

The strengths of his gameplay are his boisterous pace, trickery and skills on the ball, which he utilizes in dribbling and going past the opposition fullback, as well as giving key passes for the attackers in his team and thus racking up shot-creating actions and goal-creating actions. Those three qualities are essential qualities for any quality winger.

The drawbacks to his game are his below-average crossing as well as his lack of adequate defensive contribution in helping his side’s fullback. These are areas that he can surely improve on as the years go by, especially his crossing because it can be frustrating for the forwards in his team after he has gone past the defenders marking him and then misplaces the cross.

Moses Simon is right-footed, and like most modern-day wingers, he plays more often from the left side as an inverted winger where he has the option of creating danger on either side; he can cut in unto his right foot to create chances or take long range shots with his left foot.

At 26 years of age, Simon has progressed through Nigeria’s famed GBS Academy, Eredivisie giants Ajax, Slovak side AS Trenčín, Belgian club Gent, and La Liga side Levante, before eventually joining Nantes in 2019.

He has established himself already as one of the top creative wingers/playmakers in the ongoing Ligue 1 season, ranking himself in the top 5 of some important playmaking metrics. 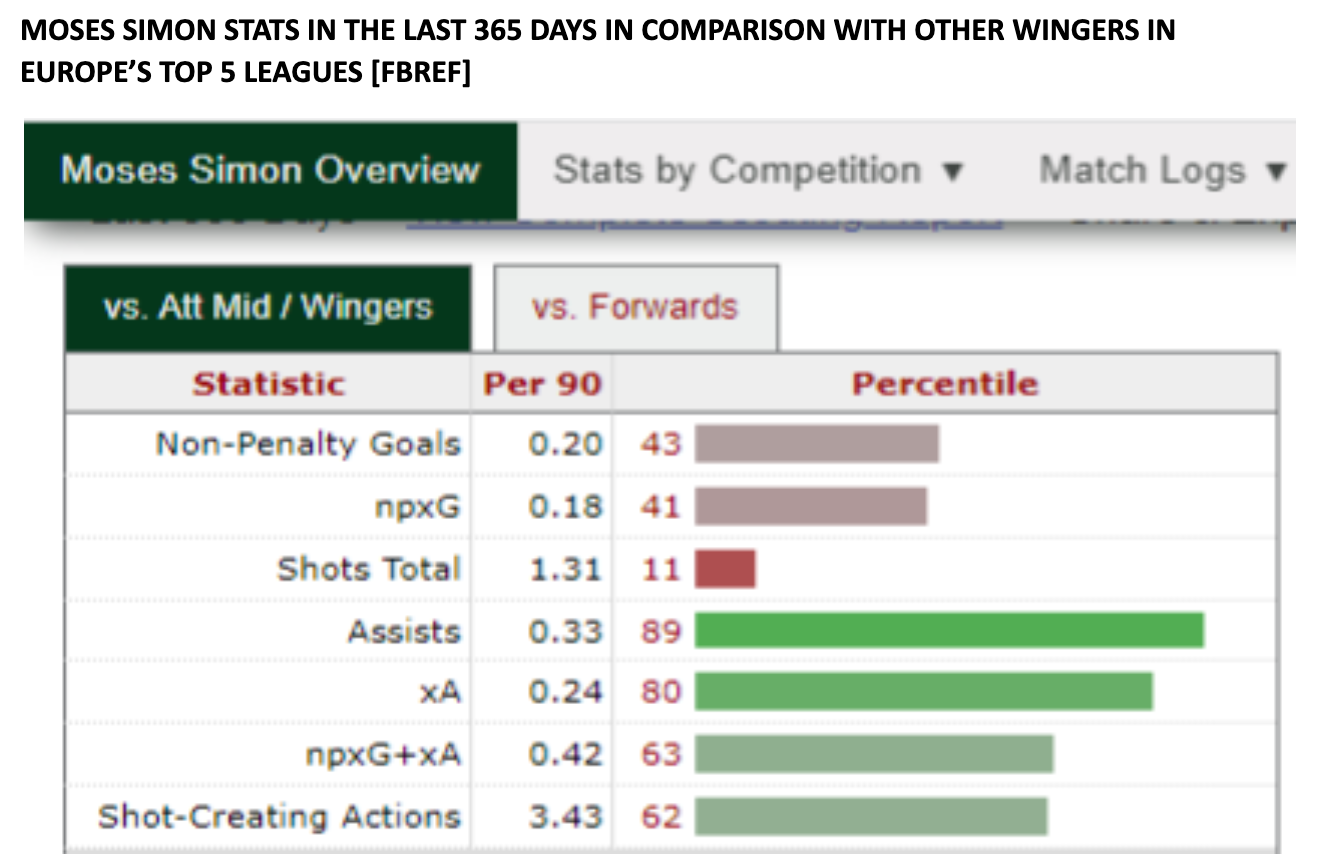 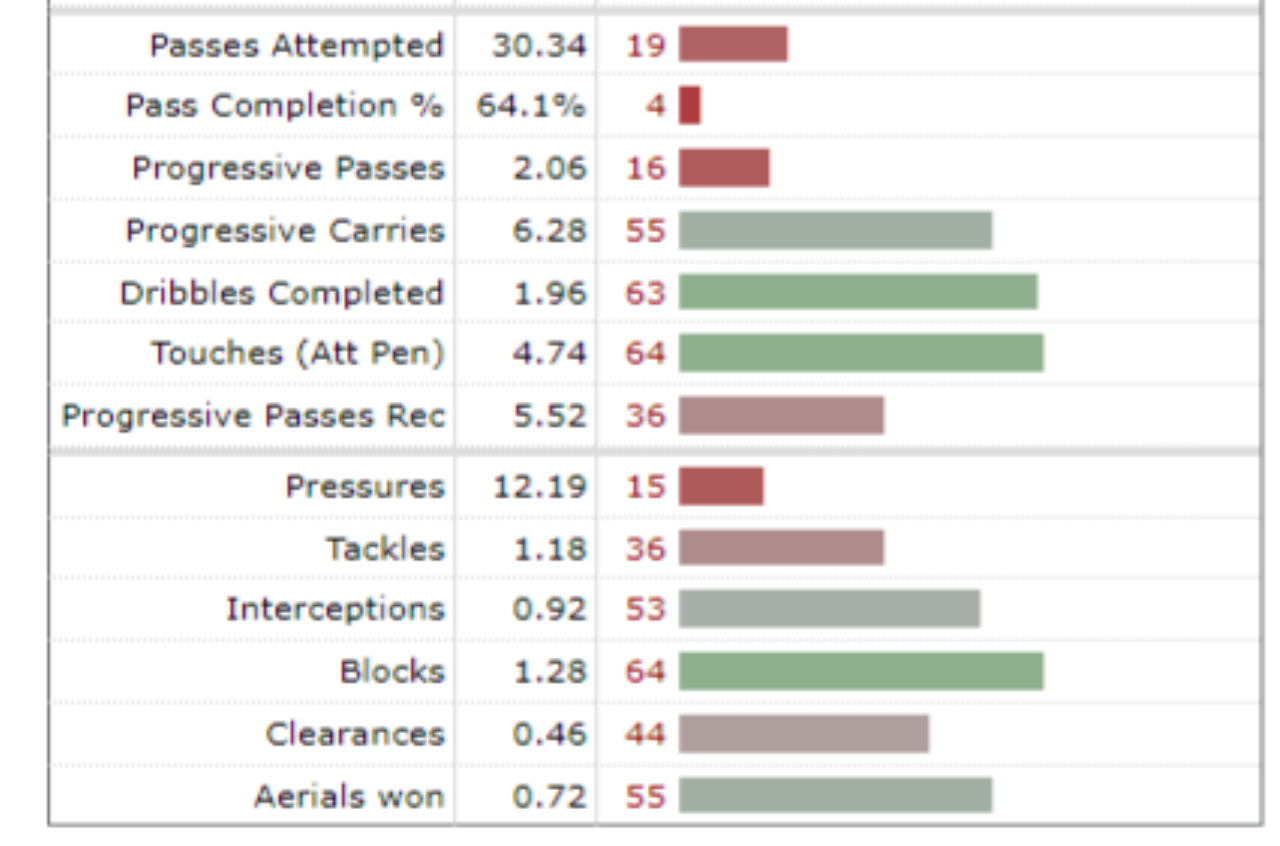 The Nigerian has been a crucial part of Nantes’ attack this season, and after narrowly staving off relegation last season, Antoine Kombouaré’s side currently sit 9th in the table thanks to Simon’s impressive performances. They have taken points off the likes of Lens, Lille, and Monaco, and Simon’s importance behind their renaissance in form cannot be understated.

After jetting off to Cameroon to participate in AFCON, Simon has played a key role in Nigeria’s opening two victories against Egypt and Sudan, and he could be set for another starting spot against Guinea-Bissau, although after guaranteeing their spot in the Round of 16, interim manager Augustine Eguavoen may decide to rotate and play Henry Onyekuru, Alex Iwobi or Chidera Ejuke instead. 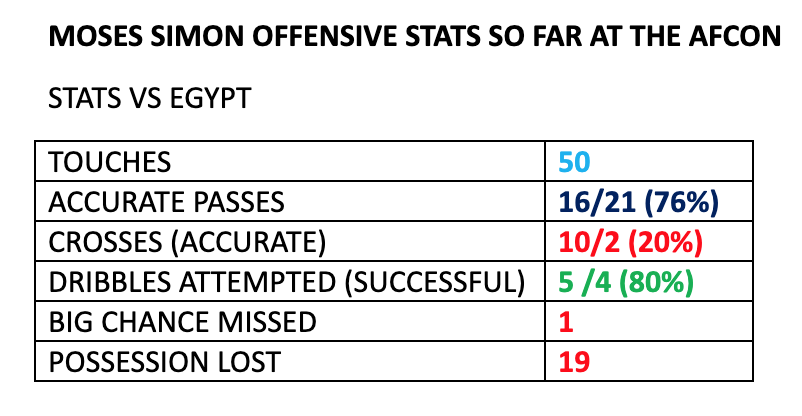 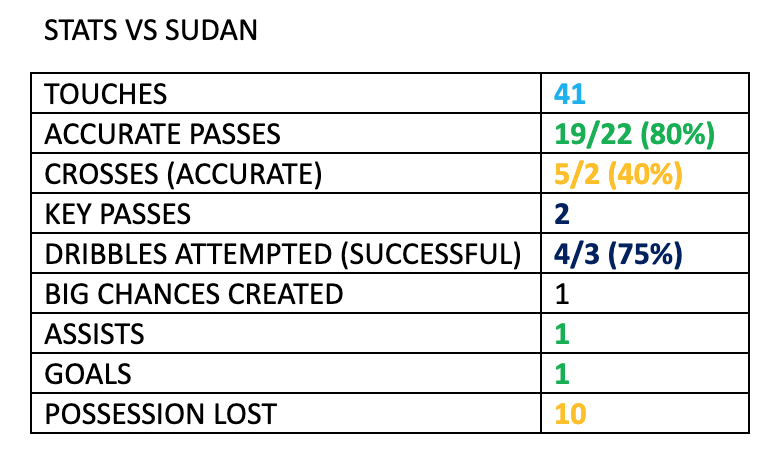 Nigeria’s fearsome attack has been deprived of several big names this month, with Victor Osimhen, Paul Onuachu, Emmanuel Dennis, Odion Ighalo and Terem Moffi missing out. However, the Super Eagles nevertheless look to be clicking on all cylinders, and alongside Samuel Chukwueze, Taiwo Awoniyi and Kelechi Iheanacho, Moses Simon will have a crucial role to play as Nigeria look to win their fourth Africa Cup of Nations.