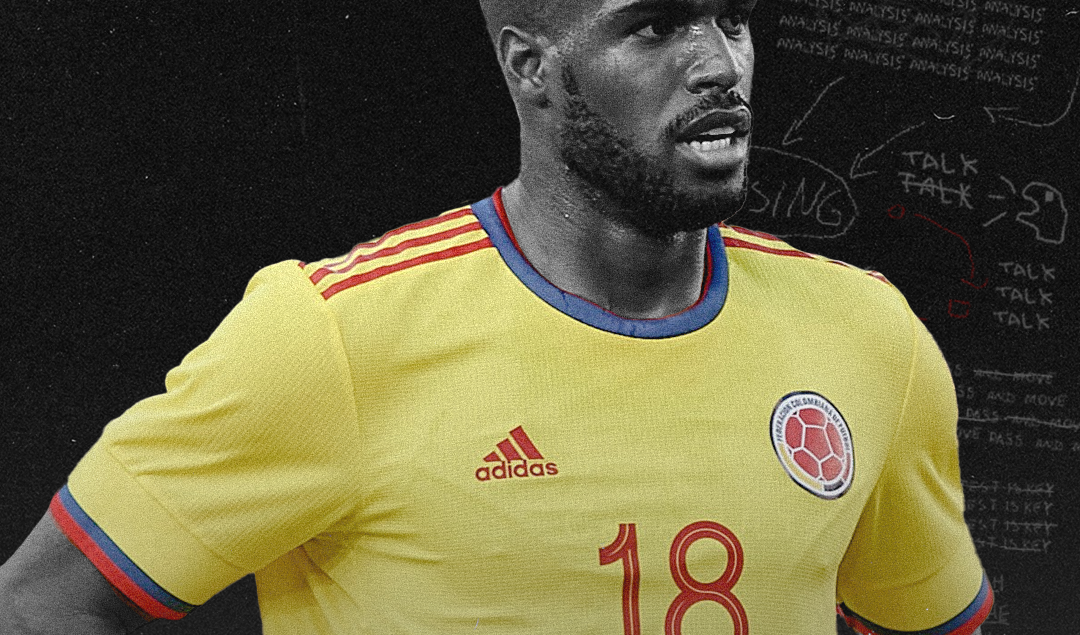 This year has been one of many firsts for Hull City. The team headed for their first ever fixture in Turkey, a friendly against Super Lig giants Fenerbahce, last week.

There would be a few very confused faces reading 12 months into the future back in July 2021, but what was once an unknown entity in prospected new owner Acun Ilcali, is now a reality more intriguing and ambitious than ever.

As far as firsts go, the imminent signing of Hull’s only ever Colombian representative in striker Óscar Estupiñán will only see that excitement continue to grow.

With 12 goals in 22 appearances for Vitória, Óscar Estupiñán sits sixth in the Primeira Liga's scoring charts — only Darwin Núñez, Ricardo Horta, Luis Díaz and Fran Navarro have more.@ZachLowy and @LongBallFutebol explains why the Colombian striker is so important to Vitória. pic.twitter.com/p2KqR9OR0M

At first glance, the reasons for the buzz around this transfer are clear. A free transfer for a 25-year-old who just earned his first call-up to Colombia’s national team on the back of 15 goals in the Primeira Liga. It’s a no-brainer. But a deeper look into who Estupiñán is and what he can bring to the team emphasises that much further.

Estupiñán began his senior career at Colombian side Once Caldas as an 18-year-old, fresh-faced but built like a man, and as a result of his physicality, he quickly became accustomed to the step up. In 2016, aged 19, he scored 13 goals in 34 matches in Colombia’s top-flight having made just five starts the season previous.

During this time, an article by Romanian publication DigiSport included Estupiñán in a list of five South American players wanted by Barcelona. Although there proved to be no truth to this claim, it showcased that the forward was beginning to make a name for himself due to his physical prowess and impressive goalscoring exploits.

These are the two key elements of Estupiñán’s game that were refined, and in fact, that teams chose to revolve their attack around over the next five or so years, which culminated in last season’s emphatic emergence as one of the best forwards in Portugal.

Having initially moved to Vitória de Guimarães in 2017, the European dream took some time to bear fruit. In a strange yet indicative twist of fate, Estupiñán ended up having a spell at Barcelona two years later.

After failing to find his feet in Guimarães, it was Ecuadorian outfit Barcelona S.C. who gave Estupiñán a much-needed bounce-back opportunity in South America.

The goals would soon return, along with the once absent momentum and hunger which carried through to a successful loan stint in Turkey with Denizlispor in 2019/20. From there, a chance in the Vitória first-team setup finally arose.

A sustained run in the team was all Estupiñán needed at Barcelona S.C. and Denizlispor, and when 10 starts in 11 Primeira Liga fixtures came his way between December 2020 and February 2021, he instantly returned the favour with six goals and two assists.

Consistent game time wasn’t just the catalyst for good form in front of goal either, it also provided the Colombian with confidence to fulfil his role as the target man in a 4-3-3 as well as the match sharpness to display the other facets of his game that compose such a unique profile.

Although his robust presence lends itself primarily to physical battles in central areas, hold-up play under pressure and dominance in the penalty area, Estupiñán has great athleticism in conducting the press aggressively from the front whilst being intelligent in his movement and fairly composed in possession. The ideal lone striker in many ways.

The obvious comparison from Hull City’s 2021/22 crop of players is Tom Eaves, who played a lot of his minutes without a strike partner and did a commendable job in running the channels and putting himself about when isolated at times.

In fact, Eaves shows up better than Estupiñán in metrics such as PAdj interceptions per 90 (3.3-2.2) and % of aerial duels won (49-40), but it is the variables that aren’t as easily quantifiable that make Estupiñán stand out above Eaves and many others.

It’s the Colombian’s speed over short distances and the relentless energy he possesses that cause defenders constant torment and force errors high up the pitch for his team. It’s the awareness of an opposing player’s next move and the anticipation to position himself well and trigger a press early, as the following clips portray.

Estupiñán works tirelessly to trouble the opposition and set an example as the focal point of a team. In possession, though his hold-up play can be clunky and his first touch loose, when he gets it right he is so effective and uses his acceleration to keep up with possession even after dropping deep and linking an attack together before busting a gut to get on the end of it.

There are shades of Romelu Lukaku in the way Estupiñán stumbles awkwardly when pressurised in possession, looking so unconvincing one minute before exploding into life and being sharp and ruthless when a chance presents itself.

Here are some examples where he showcases his eagerness to get into good positions in the final third and stretch the opposition defence, even when it looks as if he’s out of the picture, and is further evidence of the stamina he possesses.

As much as Tom Eaves was loved by many in East Yorkshire for his attitude and work rate under tough circumstances, and often with poor service, there is a clear disparity in the manner in which he leads the line from an opposing defender’s perspective, and the impact this had on the complexion of a lot of Hull’s games last season.

Due to his size, speed and subsequent coverage of the pitch when closing down or running in behind, Estupiñán causes constant unrest. He’s hard to track but never far away, which plants the seed of doubt and leads to panic, something that Hull rarely provoked from the opposition last term.

This tends to be most prominent in the penalty area as well, especially when both teams are anticipating a cross. Where Eaves is quite stagnant and unable to react to the way an attack is unfolding out wide to get himself into an optimal scoring position, Estupiñán reads the game well to execute when and where to find half a yard of space in order to generate direction and power in headers.

The clips above highlight the authority Estupiñán has in crowded penalty areas because of great anticipation and instincts in set-piece scenarios. Despite some of the headers being directed off target, it is his presence of mind and understanding of what team mates are going to produce in open play that is similarly eye-catching.

With the likes of Brandon Fleming and Ryan Longman in their ranks, the Tigers have some players capable of producing crosses to a more potent target, but they’ll need to find a replacement George Honeyman, who produced the team’s best crossing output and took a lot of their set pieces last season, to get the best out of Estupiñán.

Shota Arveladze’s men averaged 32% success from 16.3 crosses per 90 last season, which next to Vitória’s 31% success from 16.6 crosses demonstrates both teams’ prioritisation of attacking from wide and the similar quality in their output, only Vitória had a difference-maker to get on the end of those deliveries.

Above all, it is that factor that matters far more than any other. No centre forward managed more than five goals in either of Hull’s last two Championship seasons.

Last campaign, Hull’s four most used out-and-out strikers – Eaves, Josh Magennis, Tyler Smith and Marcus Forss – scored nine combined. Even if Estupiñán wasn’t allowed to leave the opposition penalty area for 90 minutes every game, he’d be an upgrade on what the Tigers were working with.

As a result, everything else that the Colombian offers is merely a bonus as long as he can consistently put the ball in the net. It’s a low-risk move for the Championship side with the potential for huge reward, and with a profile well-suited to the second tier and the type of forward that Hull sorely need, they can’t go far wrong with this signing.

In a year of many firsts for Hull City, a return to England’s first tier still feels far from reach. But with the arrival of Óscar Estupiñán on top of Jean Michaël Seri and Ozan Tufan among others, they don’t seem to be settling for second best.