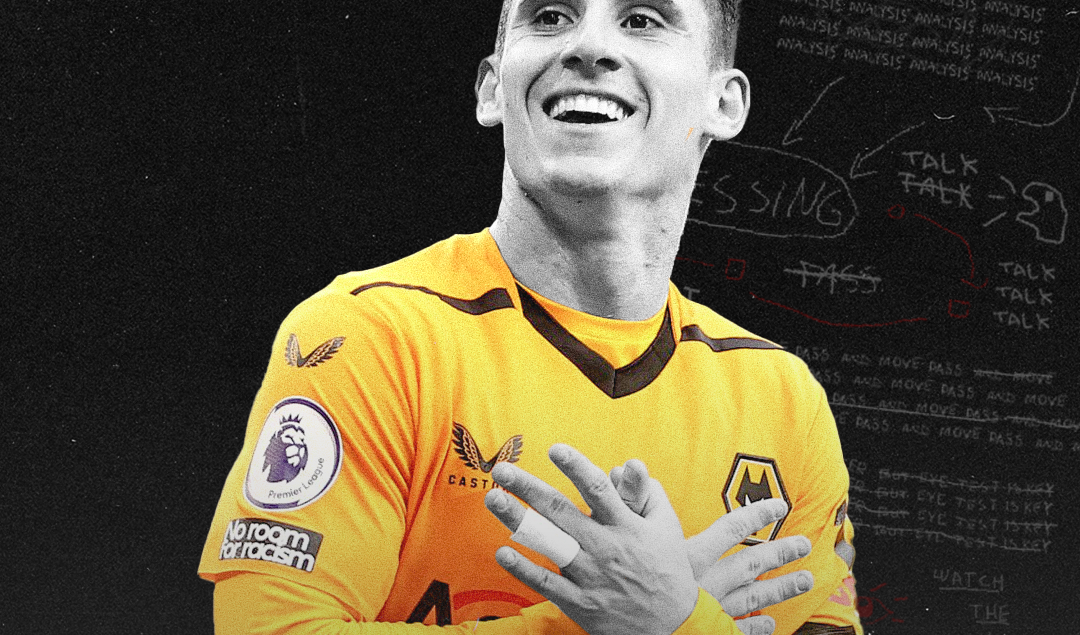 Wolves have struggled for goals this season, and with new signing Sasa Kalajdzic suffering an ACL injury before he’s had a chance to kick a ball, Bruno Lage has been dealt a rotten hand just six games into the new campaign, prompting the signing of Brazilian striker Diego Costa on a free transfer, but they can be encouraged by the return of Daniel Podence, who scored on the cusp of halftime to against Southampton to deliver Wolves their first win of the season on September 3 in a 1-0 victory at Molineux.

The Portuguese wide man has been a vital cog in Lage’s frontline, and with two goals to his name already this season, he looks set to surpass his previous best goals tally in the Premier League. Whilst this is not a particularly staggering feat, the best he has managed in a Wolves shirt is three league goals. Lage will hope this is the start of a newfound edge to Podence’s game.

The 26-year-old is one of the trickiest customers in the Premier League. Quick feet, sharp turns, and a burst of pace that allows him to effortlessly glide into space. Podence is a technically proficient winger whose timing and technique lend themselves well to the fast counters that Wolves have come to rely on this season.

Where Wolves need to improve, though, is in the final phase of attacks. Lage’s team have the lowest conversion rate of any team in the Premier League this season, 3.4%, despite having the 10th most shots at goal, 89, according to Transfermarkt. Podence, himself, ranks 15th for big chances missed this season, and his performances in front of goal will be a major contributor to Wolves’ success, or lack of, this season.

Podence’s quality lies in his ability to contribute to his side’s build-up play. He ranks highly for both progressive carries and progressive passes. Comfortable dropping deep and driving with the ball, Podence will have to adapt his game to become more of a goal threat in the absence of an out-and-out striker.

Raul Jimenez is not the force of old, and Podence has admitted that Wolves need to improve in front of goal if they’re to push on from last season.

“It’s one thing we’re trying to build. We are in a new build up, we have new players, we are doing a lot of different things, but are working so hard during the week, and we have to perform better and in the attack,” he told Wolves’ official website.

One of Wolves’ brightest performances this season came against Tottenham Hotspur. But where their defence stood firm for over an hour, a front three of Podence, Pedro Neto and Goncalo Guedes couldn’t capitalise on the counter.

The issue Wolves have is that all three players want to do the same thing. Podence, Neto and Guedes are all technically proficient creators who like to kickstart their team’s attacking forays. In Jimenez, they had that target man to play off and create chances for, but in light of his injury, he has never recaptured the same form that made him so dangerous.

It remains to be seen whether or not Jimenez, at 31, will recover his pre-injury levels that saw him take the Premier League by storm at Molineux, or whether Costa, at 33, will demonstrate the form that saw him win two league titles at Chelsea, but for now, Podence, Neto and Guedes must decide who takes on the brunt of the goal-scoring responsibility.

Podence and Guedes are more naturally inclined to take up the central spot in Wolves’ frontline. But the longer this indecision resides, the longer Wolves will struggle to create separation between them and the bottom half of the table.