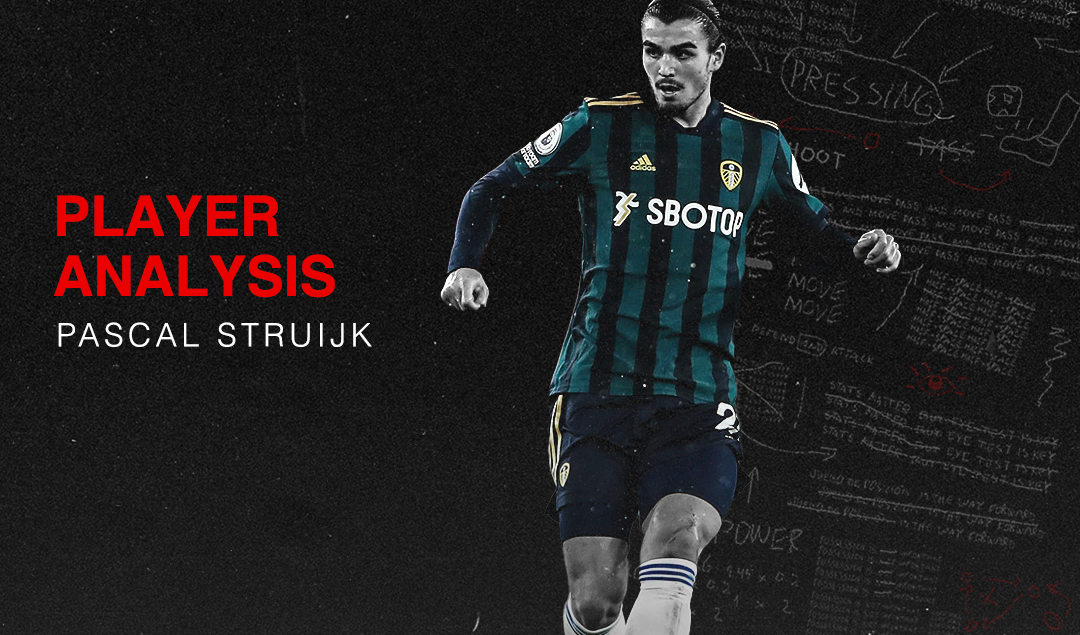 Leeds United’s first season back in the Premier League has been as exciting and swashbuckling as many who have followed Marcelo Bielsa’s Whites over the past two years expected it to be. High intensity pressing and marking coupled with rapid transitions into attack have laid the groundworks for the Argentine’s organised chaos approach to hit the ground running in England’s top-flight, with the West Yorkshire club receiving many plaudits for their fearless and exciting style of play.

A handful of astute signings have complimented a core group of Championship players who have stepped up with ease, whilst still placing a huge emphasis on youth players in and around the first-team picture. Goalkeeper Illan Meslier, who recently broke Joe Hart’s record for most Premier League clean sheets before turning 21, has made the second-most saves in the division this campaign, second to only West Brom’s Sam Johnstone.

Another youngster who has been hugely important in Marcelo Bielsa’s plans this term has been versatile 21-year-old defender Pascal Struijk. Born in the Deurne district of Antwerp, Struijk’s family moved to neighbouring Holland when he was just three, with the defender joining the ADO Den Haag youth set up at seven. 2016 saw the youngster earn three caps for Holland U-17, after a switch to the famed Ajax academy.

After two years in Amsterdam, the then Championship club Leeds United came calling for Struijk’s signature in 2018, with the centre-half penning a three-year deal and immediately joining up with the club’s resurging development squad. Under the tutelage from now Huddersfield Town manager Carlos Corberan, Struijk excelled for the Whites’ U-23 side, becoming a pivotal part of the squad that won the Professional Development League in 2019.

Two brief appearances in December 2019 handed the defender his first taste of the Championship before a superb performance against Barnsley towards the end of the season saw people take note of Struijk’s versatility and character. In what was undoubtedly Leeds toughest game in the run-in, the defender was brought on in midfield with half an hour left as Bielsa’s side showed a rare case of shutting up shop and defended manfully to see out a vital victory on their way to the title.

More impressive showings followed as the season came to an end and Struijk was rewarded with a start in the club’s first game back in the Premier League in 16 years. A late injury to captain Liam Cooper saw Struijk partner new signing Robin Koch for a trip to Anfield, with the reigning Premier League champions Liverpool edging past Leeds in a thrilling game that finished 4-3.

Leeds boss Marcelo Bielsa has shown great faith in the youngster this season, with the defender impressing statistically in his 17 appearances for the West Yorkshire club. With an 87.1% passing accuracy, 92% in his own half, the left-footed centre-half’s Totaalvoetbal upbringing is clear for all to see, even when playing as a right-sided centre-half alongside Liam Cooper.

Aggression in the press is something that is synonymous with El Loco’s Leeds and Struijk fits the Bielsa mould superbly, making 34 interceptions and 87 ball recoveries so far this campaign. The defender has won 81% of his tackles as well as 72 duels, helping the Whites register four clean sheets in his 17 appearances so far this campaign. 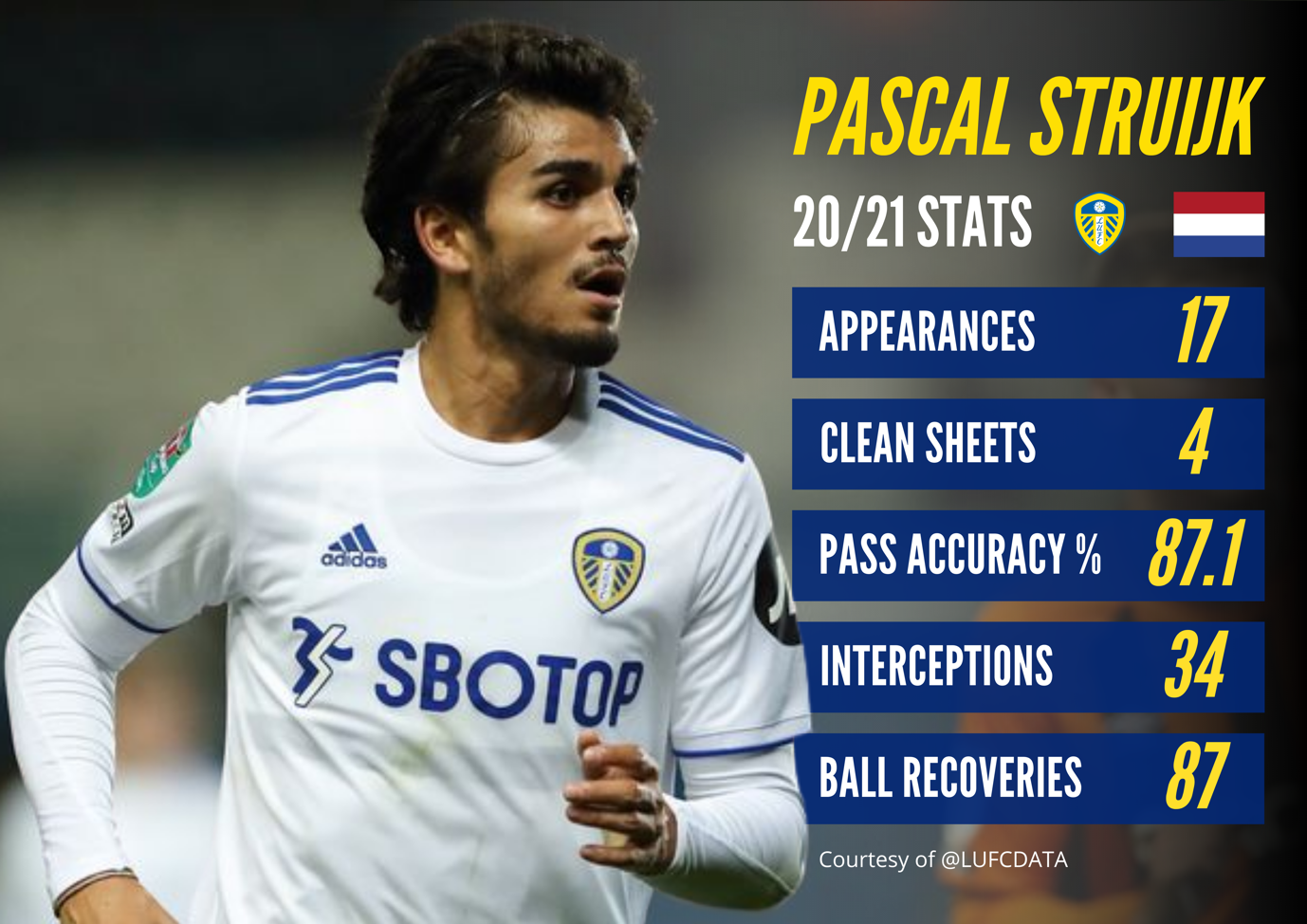 Whilst four clean sheets in 17 appearances isn’t the highest figure, it is worth noting that Struijk, through no fault of his own, has failed to find a regular partner at the back. Like Liverpool with injuries to Virgil van Dijk, Joe Gomez and Joel Matip, Leeds United’s season has been ravaged by setbacks, particularly to new centre-back pairing Robin Koch and Diego Llorente.

German and Spanish internationals respectively, the two have failed to play a single game alongside one another, with Pascal Struijk and Liam Cooper generally filling in. The 21-year-old has played alongside Robin Koch, Liam Cooper and full-back Luke Ayling at centre-half, as well as making a number of appearances covering for England midfielder Kalvin Phillips in front of the backline.

Whilst he excelled in covering for Phillips in a midfield role last campaign, Struijk has struggled when asked to deputise in his debut Premier League season. He was hooked after just 21 minutes against Aston Villa, but the experience was an important learning curve for him.

“I was quite surprised when my number came up. But when I watched it back, I saw. I had got a yellow card and then made another foul, so I can imagine what’s going on in his head,” he told Sky Sports.

Struijk notched his first goal for the club with a powerful header in the recent defeat at Arsenal. Whilst he could, and probably should, have scored a hat trick of headers the game before against Crystal Palace, having a dominant threat in the air from set-pieces is something that Leeds have sorely missed since they had the likes of Kyle Bartley and Pontus Jansson under Garry Monk.

With the expert deliveries coming from either side courtesy of star man Raphinha, the physical presence of Struijk is likely to help Leeds cause teams the sort of problems that they themselves have struggled defending against so far this season.

Despite Leeds tying down Struijk to a new long-term deal last November, both Leicester City and Serie A giants Napoli have been rumoured to be monitoring the defender, with his international future becoming a tug-of-war between Holland and Belgium. 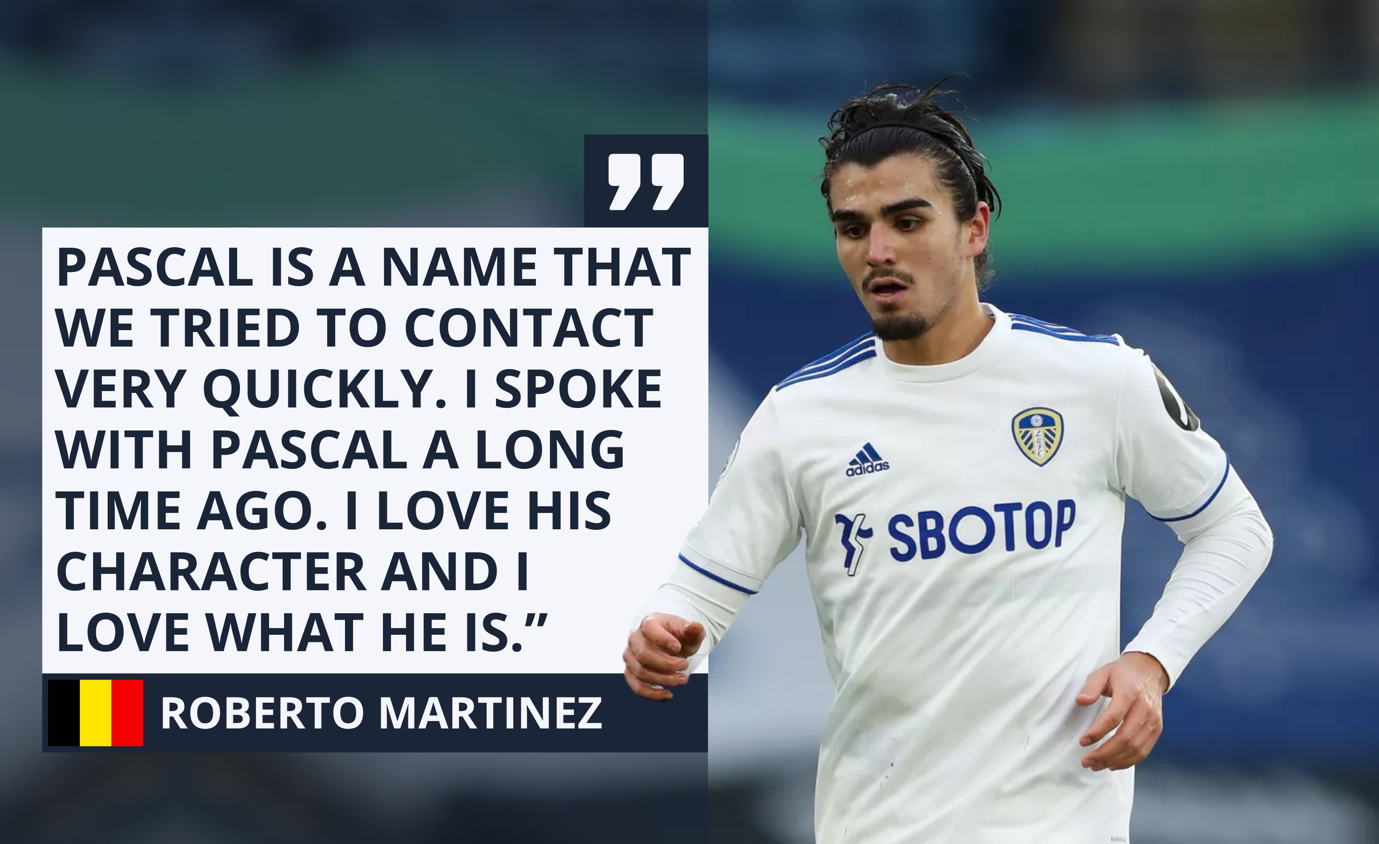 Belgium boss Roberto Martínez is keen to find replacements for Jan Vertonghen and sees the Leeds United defender as a great option, with Struijk tipped to earn a place in the Red Devils squad later this month. “Pascal is a name that we tried to contact very quickly. I spoke with Pascal a long time ago I love his character and I love what he is,” explained the manager of the world’s top-ranked team.

“We have to look to the future,” Martínez continued. “We don’t have that kind of player – a left-footed central defender. He’s a dynamic player, very present and who can play in different positions. At the moment, he’s one of the players we’ve seen who could fit that criteria. We will make a decision as camp approaches in March.”

Dutch media outlet De Telegraaf reported that the Belgian Football Association’s attempt to convince Struijk of switching allegiances was a “robbery”, but with the likes of Virgil van Dijk, Matthijs de Ligt, Stefan de Vrij and Nathan Aké established in the Netherlands squad, Belgium could offer him more game time on the international stage, especially with the European Championships just around the corner.

Whatever the future holds for Pascal Struijk internationally is likely to be sorted within the coming months, and it’s easy to see why Roberto Martínez is so keen on him. The technical ability, composure and continued development under Marcelo Bielsa makes the Belgian-born player one of the brightest defensive prospects in the Premier League.