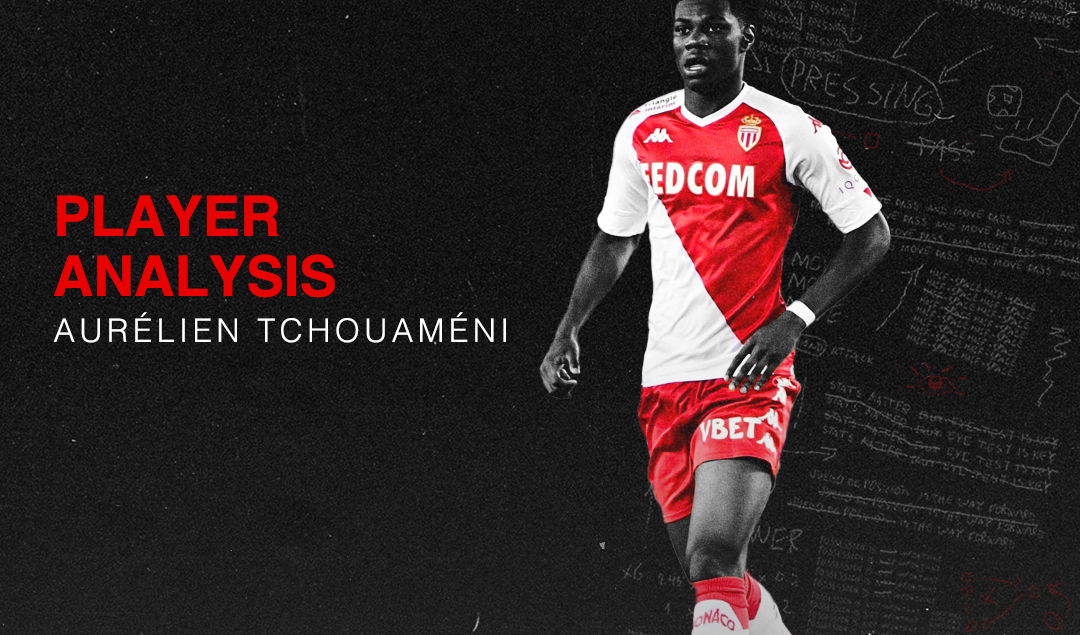 The strength in depth that the French national team is a little ridiculous. Several Champions League stars are nowhere near the 23-man squad, and a breed of young talents are being produced like robots at a factory. One such talented youngster is AS Monaco’s Aurélien Tchouaméni.

Learning his trade alongside Cesc Fàbregas at Les Monégasques, Tchouaméni has taken a huge step in his development since a £16 million move from Bordeaux in January 2020. Equally capable of playing as a No.6 or a No.8, Tchouaméni is quite frankly a monster in the middle of the park, with especially noteworthy defensive attributes..

The one, young French central midfielder who is talked of as the next best thing to come out of Les Blues is Eduardo Camavinga, and rightfully so. But Tchouaméni deserves to be hyped up almost as much, that’s how good he is. The 21-year-old has joined Camavinga in the French U-21 squad for the upcoming European Championships, and the pair could form an immense double pivot, one that could well be leading the France senior team to glory in the next few years.

Tchouaméni initially struggled to break into the Monaco side upon arrival from Bordeaux, making just three substitute appearances in the back half of last season, although it’s worth noting that it was a campaign cut short by the coronavirus pandemic. However, 2020/21 has been Tchouaméni’s time to shine.

The 21-year-old midfielder has started 28 of Monaco’s 29 Ligue 1 games, and has been an invaluable asset to Niko Kovač’s push for Champions League football next season. The side currently lie fourth in the league, four points behind both PSG and Lyon, and look a safe bet for European football next year, something unimaginable in 2019/20, a year in which they finished ninth.

To say that their resurgence has been entirely down to Tchouaméni would be foolish, but it’s no coincidence that the side has found form with him in the centre of midfield. Against Lille he put in a quite frankly monstrous performance to help his side to a point; he completed a game high four dribbles, double that of second place, and a game high eight tackles and interceptions as he ran the show in midfield, despite being surrounded by more experienced performers.

A robust and athletic defensive midfielder, Tchouaméni is more than comfortable in driving forward with the ball into advanced positions once he wins it back, rather than passing it out like many others, such as Leicester City’s Wilfried Ndidi. This is reflected in his 1.4 shots per 90, far more than Ndidi’s 0.6, showing he does more than just sit deep and protect the backline; combining his defensive nous with one eye looking into the final third.

His mature style of play is far beyond his years, and Tchouaméni’s match intelligence and awareness on the pitch is immediately noticeable to those who have a keen eye on Ligue 1. This is shown by his tackles and interceptions per 90 tally of 5.5, more than the aforementioned Camavinga’s 4.8, and it’s evident that he excels in the role that Kovač has tasked him with.

One goal and one assist in the league demonstrate how Tchouaméni’s primary job is to protect the defence, rather than break the lines in attack. However, he does have the talent to do this, and in a less restricted role, and perhaps in a more dominant side, he could certainly improve this side of his game.

Real Madrid have reportedly identified Tchouaméni as a cheaper alternative to Camavinga, and whilst the Rennes midfielder is arguably more well-rounded, in terms of balance between attacking and defensive output, Tchouaméni is the superior at sitting deep and breaking up play.

Valued at just £14.4 million by Transfermarkt, Tchouaméni would surely command a higher fee than that, especially given the fact that his current Monaco contract doesn’t expire until 2024, but he would certainly cost less than his compatriot. While he won’t be coming close to the club’s record sale of Kylian Mbappé, Monaco will be looking to get around the same figure they received for Fabinho in the summer of 2018 — £40 million.

Potentially Monaco’s Player of the Season, Aurélien Tchouaméni is now the vital piece of Niko Kovač’s side, and losing him could be extremely detrimental; they will be desperate to achieve Champions League to keep hold of their midfield gem, because his form won’t have gone unnoticed around Europe.