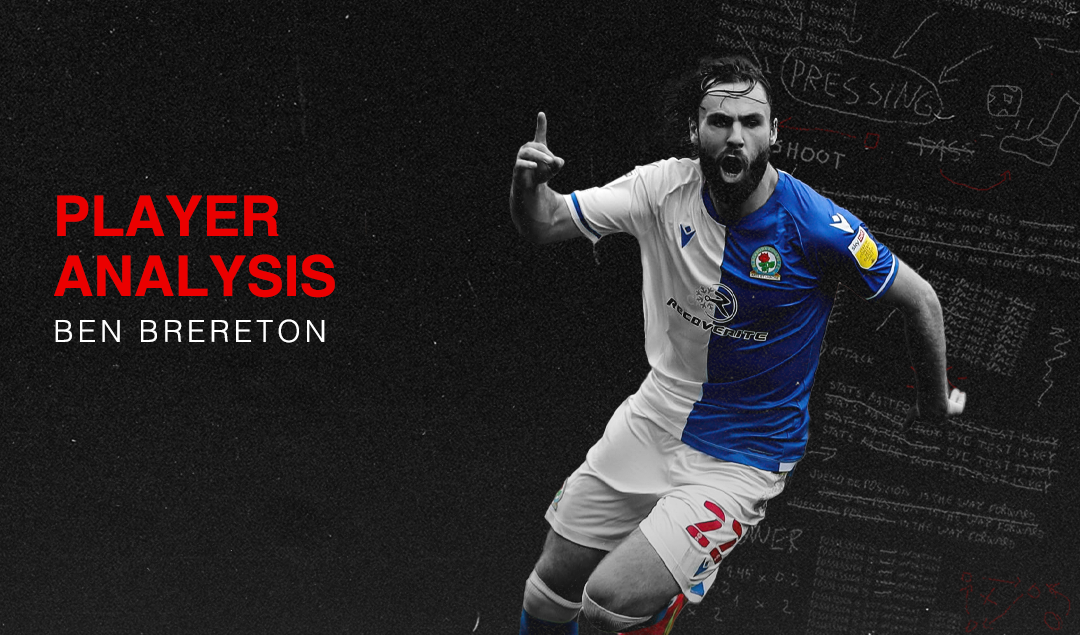 There are times in football when a career can quickly stagnate. When, in the space of a year, a player once highly regarded is merely a thing of the past. In the ever-evolving modern game, one long-term injury, failed loan spell or dip in form can undo a lifetime of hard work, and some simply don’t have the mental toughness to bounce back to any avail.

The likes of Mohamed Salah and Kevin De Bruyne spent years honing their craft in other countries before returning to the Premier League with success having initially fallen short; the speed at which leagues evolve and adapt year on year rarely allows for even the best athletes to step into the shoes they were once burdened with in a short space of time.

That being said, the sudden re-emergence of one man this season who, in the space of one summer has both literally and figuratively adopted a new identity provides an extraordinary exception to that rule. That man is, of course, Stoke-born Chile international, Ben Brereton Diaz.

Now, before we delve into his unforeseen ascent, it’s important we divide it into two clear brackets. Let’s call them BC (Before Chile) and AD (After Diaz). Brereton BC was a boy born and bred in Stoke until the age of 16, when release from the Potters’ academy led him to Nottingham Forest.

The teen soon bulked up, breezing his way through the ranks at Forest before making a £7 million move to Blackburn Rovers in 2018. Ever since, he has been gradually improving his overall game, but without ever quite becoming the man many anticipated he would be until last season. Which brings us on to Brereton AD.

As the Blackburn fans started to get on his back and performance levels began to plummet, something was definitely missing and something significant needed to change for the forward. Though there is one contributing factor in COVID-19 that saw some improvements start to appear without the immediate aggro from fans in the ground, it was a scintillating summer in South America that transformed absolutely everything in an instant.

Up until a few months ago, Brereton’s career had been plagued by expectation. Lighting up the City Ground at 17 with a last-minute winner against Aston Villa, before being linked with Liverpool one month later. An arrival, magical and of enormous magnitude at the time, has only served to hamper his progress from then on. However, in scarce circumstances, this year’s Copa America has given the 22-year-old a second chance to capitalise on the talent he has always been gifted with.

After Blackburn season-ticket holder and Football Manager researcher, Mark Hitchin found out whilst playing the game that Brereton was half-Chilean on his mother, Andrea Diaz’s side, the 35-year-old took to social media to share his discovery, which quickly filtered through to the media, which undoubtedly played a part in his ensuing May 2021 call up to the Chile national team.

With all eyes on Lionel Messi and Luis Suarez among other opposing superstars, Brereton unlocked a new-found freedom during his time with La Roja, he was dancing like nobody’s watching and it wasn’t long before the footballing world turned to appreciate his moves.

Ever since that 13-minute cameo against Argentina, the pressure to perform has completely vanished along with the lack of confidence, composure and courage that caused inconsistency throughout his career. The pleasure with which he now plays has been infectious not only throughout Ewood Park this domestic campaign, but through the Football League as a whole.

The Best Performers From the 2021 Copa América

In its eccentricity and immediate yet desperately needed impact on the team, Brereton’s current form is comparable to Edinson Cavani’s arrival at Manchester United last season. The difference isn’t just in momentum and self-confidence in the team’s quality, but also in mentality and the appreciation of one man’s passion that has reignited an entire football club.

To already have such cult hero status at 22 years of age is unique in itself, but even more so given that the striker’s skillset is similarly distinctive. Brereton tends to alternate between the inside forward and second striker roles in which he is capable of dropping deep and combining with runners from midfield in central areas whilst also bursting to life from wide, carrying the ball with poise and showing agility and quick feet to take players on and create chances in tight spaces.

For this constant fluctuation across the front line to be effective, it is important he is alive at all times, finding space in transition and isolating defenders, which is something he has mastered in recent months.

More often than not when the ball finds his feet, he is either in behind the defence with a clear run into the penalty area, out wide with only a full-back in front of him or in the left half-space with options on the overlap. All of which – due to his intelligence in attacking areas – afford him a yard of space or a nearby team mate to draw a defender out which then creates that opening.

There has never been any doubt in Brereton’s ability to find these cracks in the opposing defence, it is the end product that follows where the issue tends to lie. With that being said, Blackburn’s number 22 has come out of this summer as a completely new entity in the final third.

Coming into this campaign, the forward had scored nine goals in 80 league appearances for Rovers. He has already surpassed that in just eleven games this time around. You wouldn’t believe that a 28-goal striker in Adam Armstrong exited Ewood Park this summer, Tony Mowbray’s men look as lethal as ever with Brereton leading the line.

Ben Brereton as an Englishman:
18 goals in 145 matches

Ben Brereton as a Chilean:
9 goals in 10 matches

The unorthodox 4-3-3 setup Mowbray has implemented since the start of last season has undoubtedly brought the best out of Brereton, who did manage seven goals and five assists in 2020/21, but the presence of Tyrhys Dolan in a false nine instead of a traditional number nine in Armstrong has enabled the English-Chilean to take on the goalscoring mantle.

Deploying Sam Gallagher along with Brereton, who are both more than six feet tall, on the wings and either side of Dolan, who is considerably smaller creates an interesting dynamic in which the full-backs or wide centre-backs (in a three-back formation) are typically targeted.

This suits Brereton’s ability to cut inside from wide and shoot, but also to curve his runs off the shoulder and across the line which makes him harder to track. Gallagher is another beneficiary of this, the interchangeable nature of the front three allows the wide pairing to get on the end of more meaningful chances both of their own making and through making late runs without having to endure a physical battle with centre backs for 90 minutes.

Brereton himself must take most of the plaudits for the vast improvements he has made, but hats off to Mowbray for moulding a system that is tailor-made for his new talisman. The former Forest man has thrived with the time to showcase his tantalising first touch and nonchalant dribbling style that would, to put it bluntly, be scythed through in central areas. But it is clear he isn’t built for that.

This season alone, the 22-year-old has won just 34% of his overall duels, and a mere 16% of aerial duels. As a centre forward, this would make for disappointing reading, and though these numbers do need to be built upon, the abundance of other attributes Brereton has utilised in wide areas this season prove those don’t matter too much.

He has a newfound air of authority about him. In the way he carries the ball, approaches defenders and makes split-second final-third decisions. This is the Ben Brereton we’ve been waiting for. And as he may still be riding the wondrous wave of momentum from the summer, it’ll be interesting to see how he will come back from a rough patch when that inevitably arrives.

This resurrection story no doubt shows that he is capable of bouncing back again, and the manner in which he has built his character and found his confidence reinforces that. Not that he is showing any signs of slowing down at the moment, mind you. Current form suggests he won’t need to worry about that any time soon.