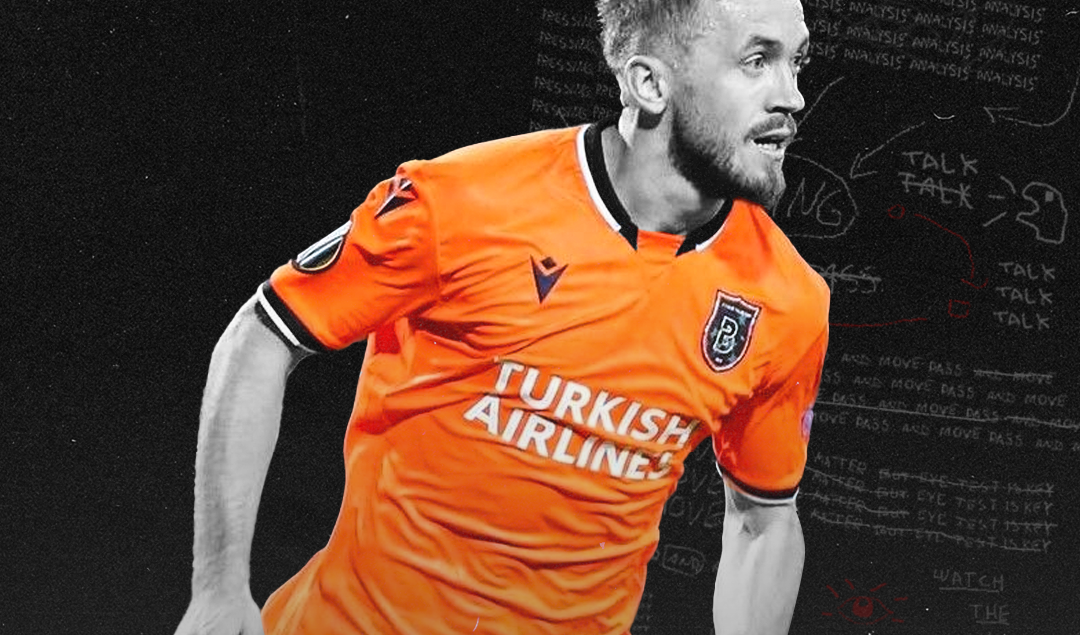 At Fatih Terim Stadium, a gigantic orange shirt is hoisted above a group of excited figures on the pitch below. Emblazoned on the back is the name of Turkey’s president Recep Tayyip Erdoğan.

The crowning of Istanbul Başakşehir as champions of Turkey this July was not your standard title celebration. The club has strong links to Erdoğan and his ruling AKP and are almost universally despised within their country for such reasons.

In the wider world they are known for a name many struggle to pronounce (Bash-ak-sheh-hair) and their squad of aging stars. Demba Ba, Gaēl Clichy, Martin Škrtel and Robinho were all on the field beneath the enormous shirt, but without another teammate it is safe to say they would not have been.

Edin Višća was born in 1990 in the rural village of Čuništa, some 70km north of the Bosnian capital of Sarajevo. After moving to the town of Olovo as a child he came through the academy of Budućnost Banovići, breaking into their first team in 2007.

After two impressive seasons Višća moved to first division side Željezničar, the club where a young Edin Džeko started his career. They had finished ninth the season before Višća showed up. Within one year, Željezničar had won the league, and a year later the Bosnian Cup. 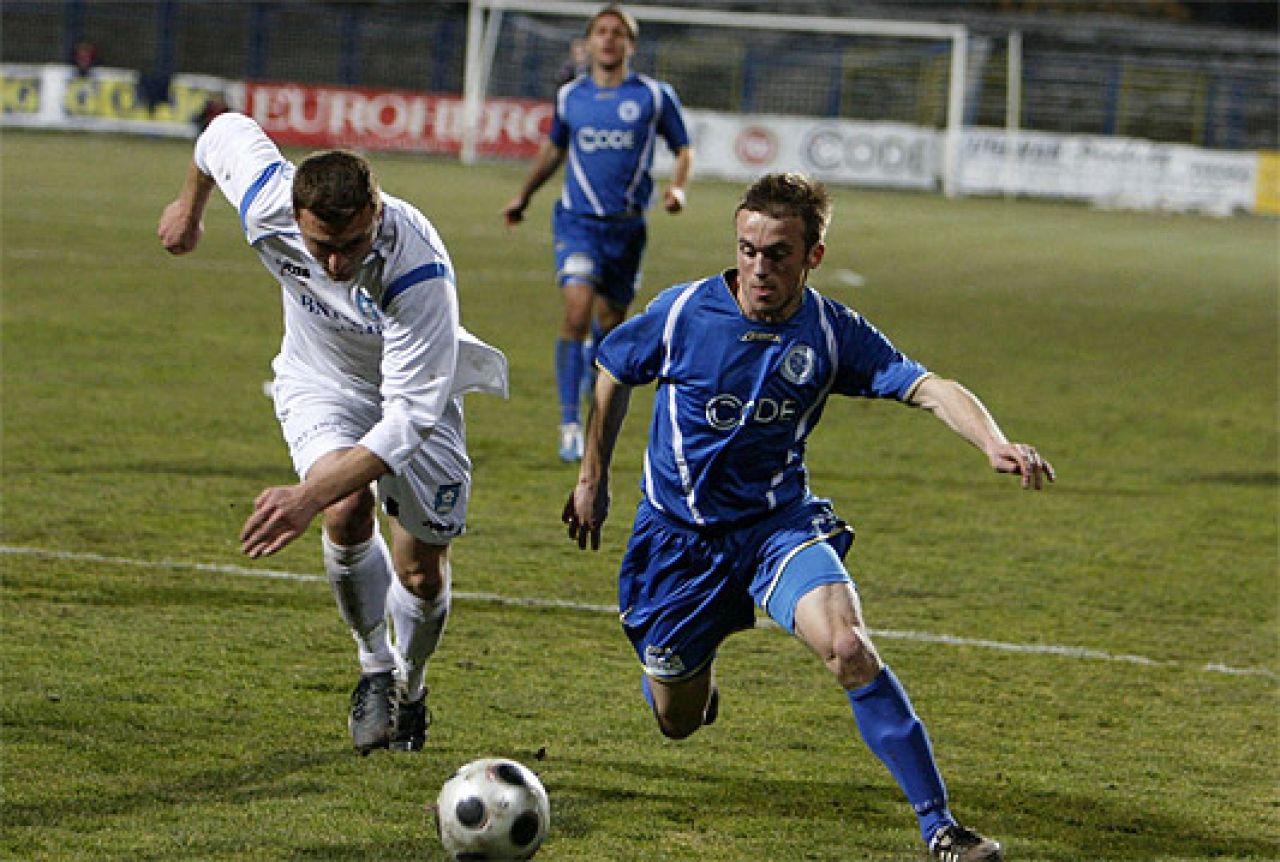 Clearly too talented to be restricted to the Bosnian domestic scene, in the summer of 2011, the winger was sold for €400,000 to İstanbul Büyükşehir Belediyespor. In his first season in Turkey Višća scored five times as they finished sixth in Süper Lig, a record high.

Surprisingly relegated the following year, Višća stayed loyal to IBB to play 1. Lig in 2013/14. His ten goals contributed greatly to the side bouncing straight back. That summer however the club was relocated to Başakşehir, a satellite town some 30km from Istanbul’s centre, and renamed after the district.

Since their inception, in Başakşehir’s system Višća has been utilised as a wide playmaker on the right. This was a role first handed to him by Abdullah Avcı in a 4-2-3-1, which changed to a 4-4-2 diamond in his final campaign in 2018/19. Such a formation has been adopted by his successor Okan Buruk since he took over at the beginning of last season.

In both formations Višća is deployed on the right flank, where he is tasked with cutting inside to dribble into the danger area. Standing at just 1.72m, he uses this low centre of gravity to his advantage when moving at speed. Višća also possesses wonderful close control and vision, making him perfect for the role of wide creator.

Tying all this together, the results are spectacular. Višća has been Süper Lig’s highest assist provider in each of the past three seasons. For a winger relatively few of these come from crosses. Instead Višća prefers to pick up the ball out wide to dictate proceedings. Most of his assists come from cutting inside, from where he pulls back either into the path of an onrushing teammate or directly playing to their feet.

Representing the other side of Višća’s double-edged sword is his fondness for scoring himself. Across each of the last five seasons he has found the net on no fewer than ten occasions.

Višća’s best campaign for goals came in 2014/15, where he registered 17 times to end as Süper Lig’s highest scoring midfielder. Coupled with his place in Bosnia’s 2014 World Cup squad, such performances landed him the 2015 Bosnian Player of the Year award, ahead of the likes of Džeko and Miralem Pjanić. 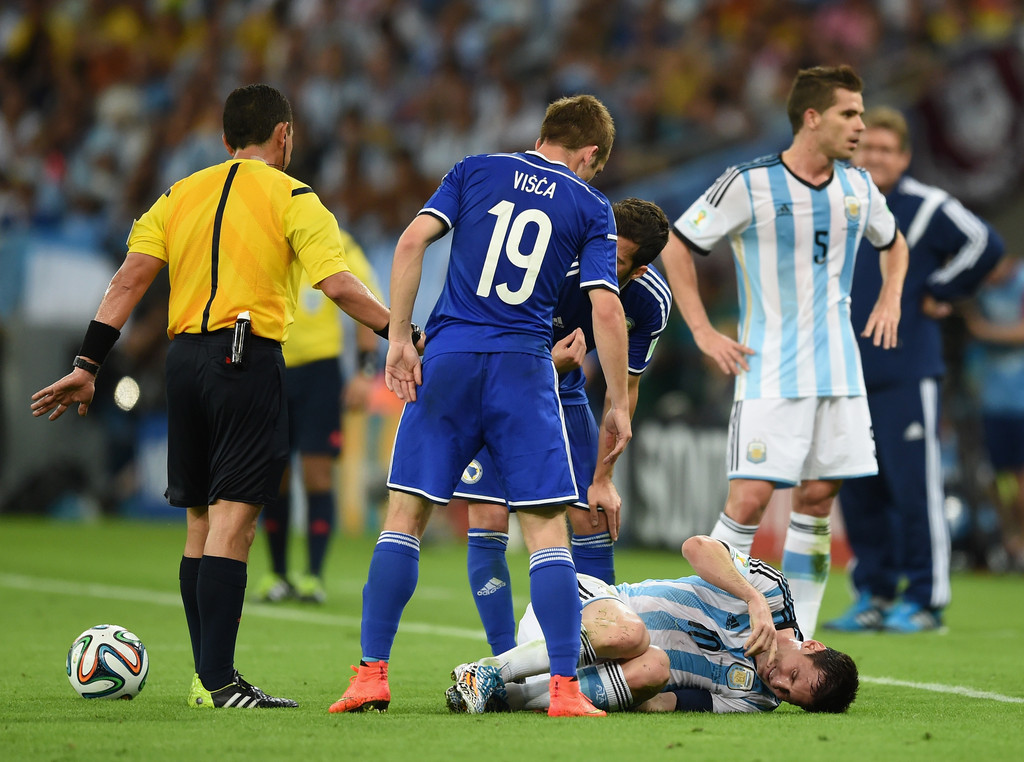 Most of Višća’s goals come from a similar point of origin as his assists. Beating opponents out wide, he has a good sense of when to pass and when to pull the trigger himself. His shooting often occurs inside the box, with a tendency to place a side foot beyond the goalkeeper.

That is not to say Višća does not like a shot from distance, just look at his ferocious drive against Trabzonspor last weekend as evidence of this. Over the past four seasons he has averaged nearly 3.8 shot attempts per game, but only three of these from beyond eighteen yards have resulted in goals.

Despite this flaw, last season Višća was crucial to Başakşehir winning the league. Identical figures of thirteen for goals and assists in Süper Lig were coupled with nearly three key passes per game and 1.5 successful dribbles.

Such form perpetuated speculation of a move to Fenerbahçe, and also away from Turkey with sides such as Europa League holders Sevilla reportedly keen. However, Višća has since quashed these rumours by signing a new five-year contract with Başakşehir earlier this month.

As he told Italian website Mondofutbol.com in 2016: “I’m really happy in Istanbul. I can say that the culture and the habits are almost the same, I find myself really well, and now, I can say I feel like home here. Istanbul is one of the most beautiful cities in Europe, I’m sure about it”.

The city would have become even more bewitching to Višća last season, as Başakşehir finally got over the line to win the Süper Lig. After late collapses in the previous two campaigns, in 2019/20 Višća & co ended four points ahead of Trabzonspor to become only the sixth club to be crowned champion of Turkey.

Guaranteeing an automatic spot in the Champions League, a group containing Manchester United, RB Leipzig and Paris Saint-Germain looks tough. On paper, anything other than six defeats from six will be a shock.

If Başakşehir are to stand any chance, you can be certain Edin Višća will be at the centre of it. Arguably the best player in Süper Lig, he is the man who makes them tick. He has been around longer than the club has, and, at 30 years of age, will be looking to light up the Champions League for the very first time.