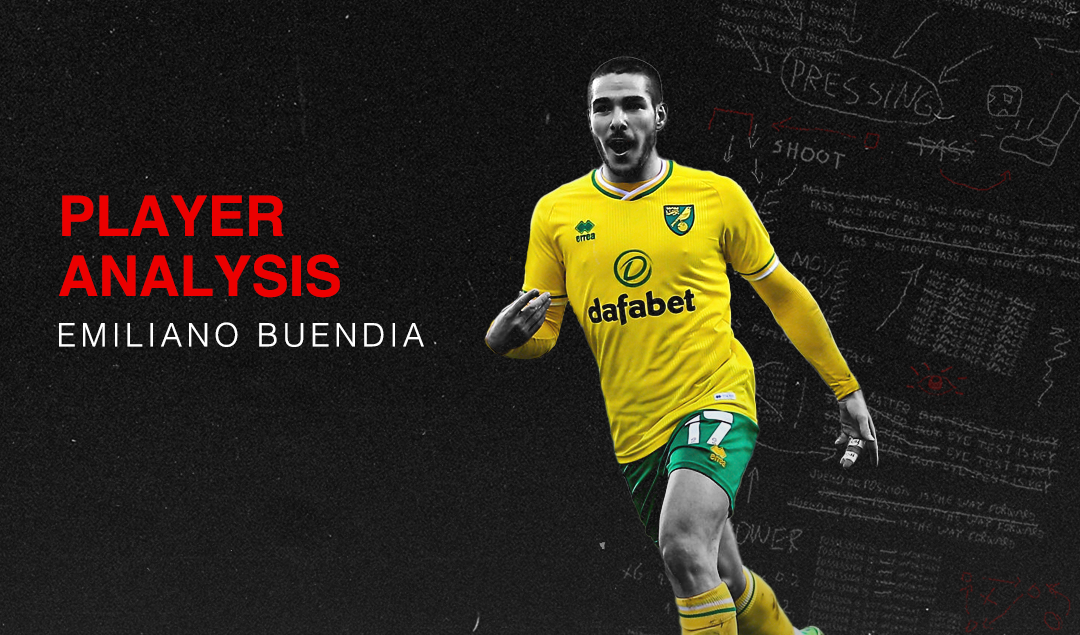 Norwich City’s dour 2019/20 Premier League campaign came to a predictably disappointing end with The Canaries finishing rock bottom of the table after failing to win a single game during Project Restart, Emiliano Buendía’s season also fizzled out with the Argentine earning himself a straight red card after just 35 minutes in a 2-0 home defeat to Burnley. Many suspected that was the last time Buendia would be seen in the yellow and green of Norwich; he had impressed throughout the season and attracted attention from clubs across Europe.

But that was not the case. There was a clear interest in Buendía but a transfer never materialised, partly due to the financial implications that COVID-19 had on the summer transfer window. Norwich, as well as Watford and Bournemouth, were able to retain the large bulk of their squad with the likes of Teemu Pukki, Todd Cantwell, and Max Aarons staying in East Anglia as well as Buendía.

Because of this, Daniel Farke’s side look like they are in a great position to bounce back to the Premier League at the first time of asking. English football’s perennial yo-yo club are currently four points clear at the top of the Championship and have only lost twice since mid-October.

All the usual culprits are in fine form: Tim Krul has quickly established himself as the best goalkeeper in the division, Pukki has already netted eleven goals and Buendía has really excelled this season. There are no signs of a relegation hangover among Farke’s players.

Despite earning plaudits during his debut Premier League campaign, Buendía was consistently criticised for his lack of end product in the final third. He ended the season with one goal and seven assists. Those numbers, whilst being a respectable return, aren’t exactly groundbreaking and probably aren’t a fair reflection of how well Buendía performed. 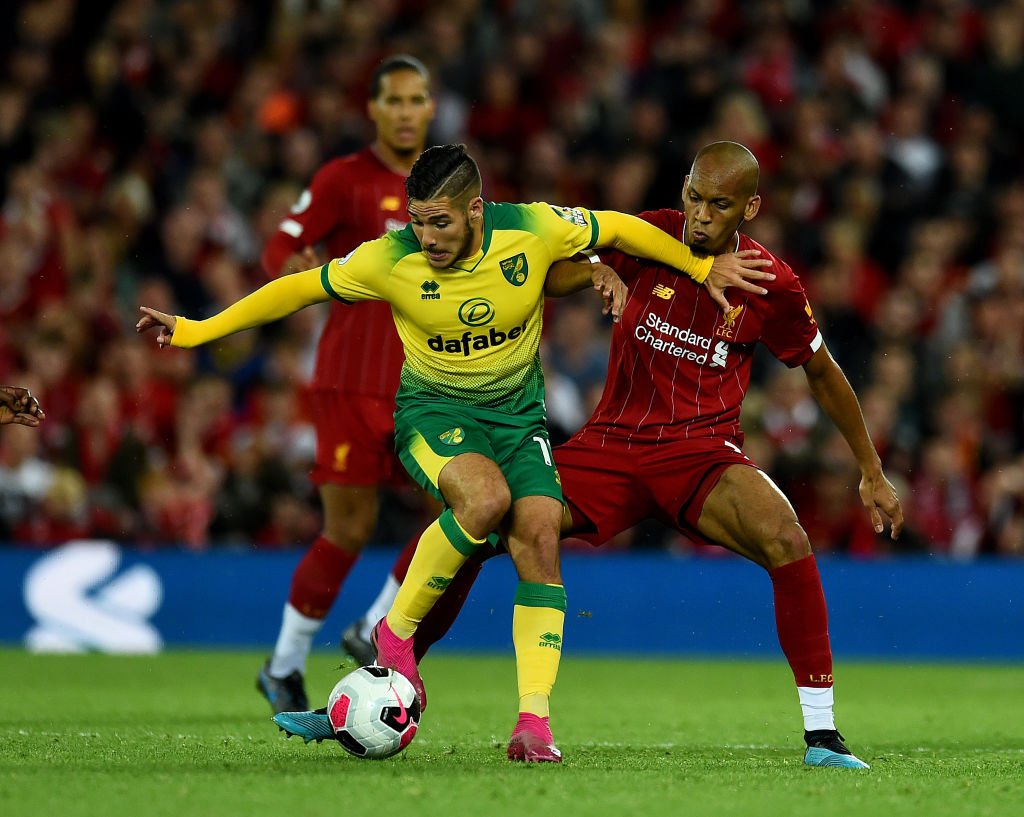 Predictably, the 24-year-old has been able to improve on these numbers in the Championship – already scoring seven goals and assisting seven times in 18 games – whilst he has also created the most chances and has recorded the second most amount of assists in the league. He looks set to be one of the few Championship players who will grab over ten goals and ten assists this season. Buendía has been one of the stars of the show at Norwich this season and is head and shoulders above most other wingers in the division.

The fact that Buendía has maintained his performance levels following relegation to the Championship is a testament to his mentality. Despite not securing a move away from Carrow Road in the summer, he has not sulked like others would have. The Argentine has spun the ignominy of relegation on its head – taking a step back away from the limelight of the Premier League and thriving at a lower level.

You genuinely got the impression that Buendía is fully committed to the cause at Norwich. It seems like he has no qualms about regularly turning out in the Championship, despite clearly being good enough to play in the Premier League. He missed the first few games of the season due to a shin injury but has been a permanent fixture in the Norwich starting XI since early October.

The Championship is notorious for being relentless and demanding and that is the case more than ever this season. This condensed campaign has meant that teams have had to play three games per week almost all season, allowing hardly any time for players to recover or for coaches to implement their ideas on the training pitch. The unique nature of this arduous Championship campaign makes Buendía’s fine form even more impressive.

Naturally, his suitors have not gone away. In fact, his return to the Championship has resulted in speculation regarding his future intensifying even further. Arsenal are widely reported to have taken an interest in Buendía, with Norwich apparently demanding just £15 million for the tenacious winger. If true, the north London outfit would be foolish to pass up this opportunity. Signing Buendía seems like a no-brainer. Arsenal’s recruitment has been hit-or-miss in recent years, but this acquisition would be a wise bit of business.

As seen during their recent failed pursuit of Hungarian midfielder Dominik Szoboszlai, Arsenal can no longer attract the best talent in Europe. After all, they currently sit 15th in the Premier League and haven’t played Champions League football since 2017. The Gunners need to explore new markets and Buendía is exactly the type of player that Mikel Arteta should be looking to sign.

At £15 million, it would be a low-risk move, and one that is likely to pay off. Buendía is one of Norwich’s highest earners, but his wages would be relatively modest in comparison to other potential transfer targets.

Buendía has a season’s worth of Premier League experience under his belt and has certainly proven his worth at that level before; he registered more assists last season than any Gunners player did. It’s not like Arsenal would be taking a huge gamble on someone who would require a period of acclimatization to English football, Buendía has already racked up almost 90 appearances in English league and cup competitions. 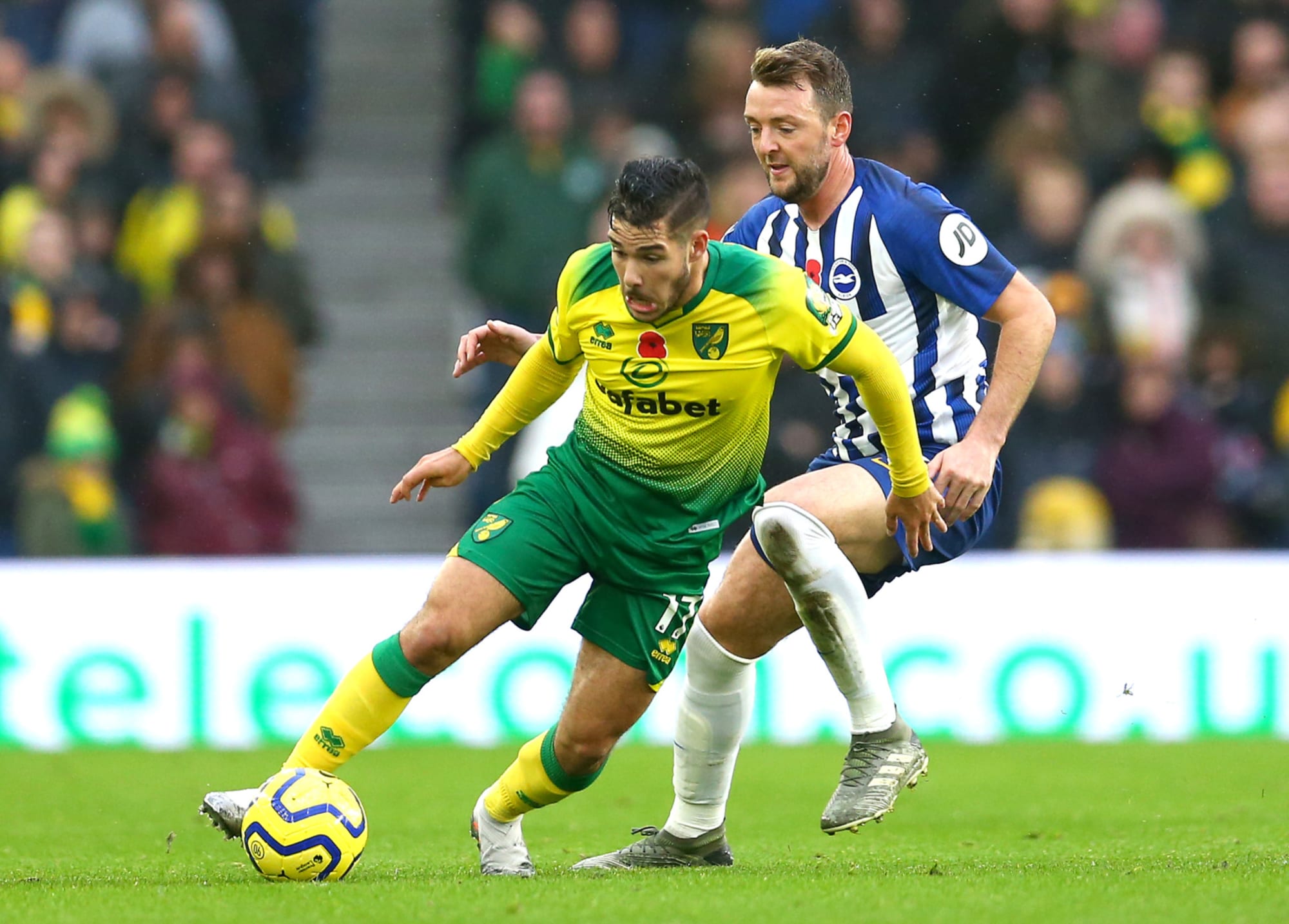 Arteta’s side are crying out for a player who can provide a creative spark following the departures of Santi Cazorla and Aaron Ramsey and the prolonged absence of Mesut Özil. Emile Smith-Rowe impressed during Arsenal’s shock 3-1 victory over Chelsea, but the 20-year-old has played less than 50 senior games and can’t be relied on as the team’s sole creator.

Veteran winger Willian has flattered to deceive at The Emirates since his summer switch from Chelsea. Buendia would not only offer competition to Willian, but he would probably be an improvement on the Brazilian who has really regressed over the last 12 months or so.

Arsenal have been far too tepid and predictable in the final third this season, Arteta’s side seem to have an over-reliance on crossing the ball from wide areas and the majority of crosses that are swung into the box are easy to defend against.

They appear to lack a plan B and that is largely down to the fact that there is a dearth of quality attackers at The Emirates. Signing Buendía would just help breathe new life into their forward line and could potentially help reinvigorate the likes of Pierre-Emerick Aubameyang and Alexandre Lacazette.

As far as Norwich go, losing the Argentine livewire has the potential to derail their promotion charge, and keeping him at the club has to be a priority for the winter transfer window. The fan favourite staying at Carrow Road beyond January 31 would be just as good as any new signing. Buendía is clearly far too talented to spend more than a season in the Championship and he will be keen to make a return to the Premier League as soon as possible, whether that’s with Norwich or Arsenal.