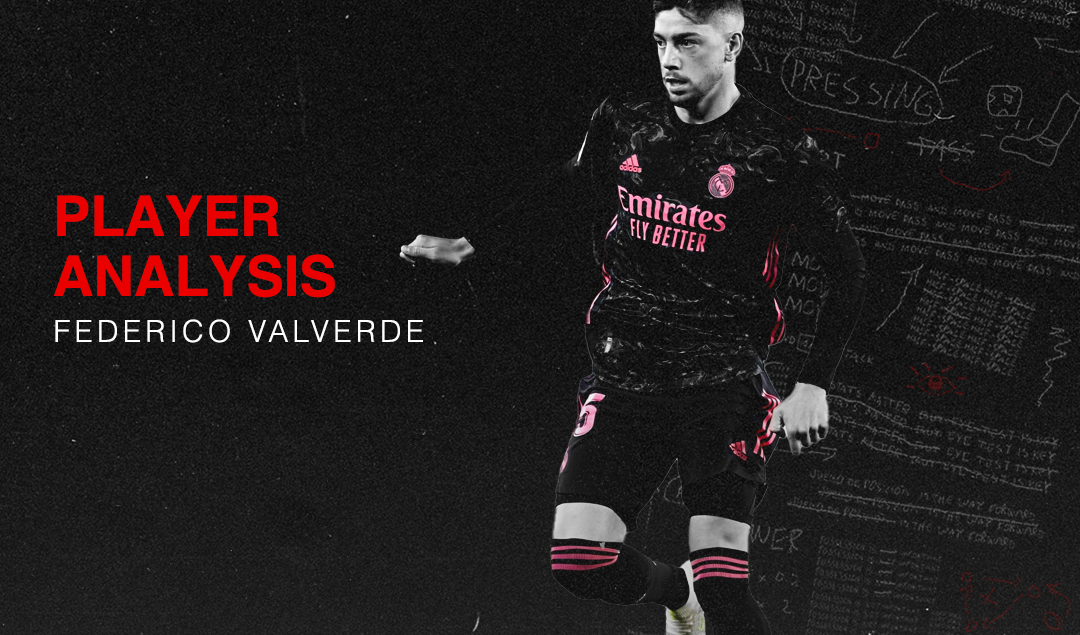 At 22 years of age, Federico Valverde has become the latest talent to emerge from the small South American country of Uruguay (population: 3.5 million) and establish himself on the world stage. Born in the capital city of Montevideo, Valverde began his development at local club Estudiantes de la Unión before joining one of the biggest teams in his homeland, Peñarol, in 2008. Uruguay have competed in 13 World Cups in total; at least one Peñarol player has been in La Celeste’s squad for each of those tournaments.

Developing in the same academy as the likes of Diego Forlán and Maxi Pereira before him, Valverde made his professional debut at 17 years of age and quickly attracted interest from a wide range of European clubs. It was Real Madrid who won the race, however, paying €5 million for the teenager. Valverde began his time in Iberia with Castilla, becoming an important figure in midfield under Santiago Solari. “I’m very happy with him. He has adapted very well to the club and country. Valverde always generates a lot of football in midfield,” stated Solari.

After a promising debut season for Real Madrid Castilla, Valverde headed to South Korea for the 2017 FIFA U-20 World Cup. Uruguay advanced to the semifinals before losing to runners-up Venezuela on penalties; nevertheless, Valverde was awarded the Silver Ball for his performances. The club elected to send him out on loan the following season to Deportivo de La Coruña, but he was unable to prevent the club from dropping down to the second division. The disappointment continued, as Valverde missed out on a roster spot for the 2018 FIFA World Cup.

Deportivo de La Coruña: The Demise of a Spanish Giant

Valverde’s fortunes would improve the following season under manager Julen Lopetegui, who elected to bring him into the fold rather than loan him out again. The Uruguayan made his debut on October 23, 2018, in a UEFA Champions League match against Viktoria Plzeň; one week later, he found himself reunited with Solari, who took over from Lopetegui following an embarrassing El Clásico defeat. Bit by bit, Valverde became a reliable rotational piece for the Argentine, who was replaced by Zinedine Zidane on March 11, 2019.

Under Zidane, Valverde has become a crucial piece in the first team, playing a variety of roles from right back, defensive midfielder, right winger, and box-to-box midfielder, and consistently impressing in big games. Whereas the likes of Martin Ødegaard and Marcos Llorente have been offloaded on permanent deals and loan moves, Valverde has patiently bided his time behind Luka Modrić, Toni Kroos, and Casemiro in the midfield pecking order and become a regular for club and country.

Without a doubt, Valverde’s versatility and adaptability is his biggest strength, having slotted into various roles, offering a consistent balance between attack and defense, and proving his weight in gold as Zidane has attempted to maneuver an injury-plagued season. He averages 5.68 progressive carries per 90, demonstrating his willingness to take responsibility in the middle of the park and move the team forward, driving between opponents with his change of pace and speed, exploiting open space, and covering every blade of grass.

On the offensive side, Valverde is a player who tries not to risk too much with the ball but still remains very composed with the ability to get out of tight spaces when pressed – prioritizing simple and safe passes. He also averages an impressive 87.3% pass completion rate, the same as Modrić and slightly bettered by Toni Kroos’ 87.9% – filtering passes with assertiveness and preciseness. He is capable of receiving the ball with the correct body position, almost always taking a positive touch going forward and protecting it with his body (putting it between the rival and the ball), making him a safe option in possession.

He is predominantly right-footed, but he can pick a pass with his weaker foot with considerable confidence. Although he does not lavish much on more creative skills, he averages 1.67 dribbles per 90, an impressive tally for a player of his profile. When he plays on the right flank in the 4-4-2, he’s confident enough to beat his markers and stride towards the wing to play a cross (1.32 per 90) or an option at the edge of the box with capable finishers like Marcos Asensio and Karim Benzema always ready to pounce.

It adds to his ability to break away from the inside, doubling with an overlapping full-back, where the opposing team finds it very difficult to defend. In fast offensive transitions, he is able to start counter-attacks, driving past rivals with changes of pace. In as much Madrid dominates possession, it is important to always keep the counterattack option alive and Valverde is one of the best players & more than capable of fanning that flame.

Without the ball, and continuing on the offensive plot, his preferred move is to uncheck support from advanced positions to offer a new passing lane where – whether the opponent follows him or not – he is able to receive the ball with assuredness and give continuity to the play. However, Valverde is trained to act in all phases of the game: as a trigger, creator and finisher of moves, the first option being where he seems to feel most comfortable.

In the final third, he usually joins the play from behind, always giving continuity, and being close to the ball in case of loss of possession for recovery purposes, averaging 17 pressures per 90. This forces the opposition into making mistakes, helping win back possession when Madrid press individually, stacking up 0.57 tackles in the final third per game. It is an attribute that provides an essential balance to his team in all areas of the field, making him a vital asset in the team.

On the defensive side, Valverde stands out for his physique, tactical and positional intelligence, commitment, and consistency. If the main formation is 4-3-3, Valverde acts as one of the two central players, positioning himself in the center-right position of the line of 4 in the middle, between the right winger and one of Modrić or Kroos. In this position, his main responsibility is to protect the central zone, aid Casemiro and weave a defensive shape to prevent the opponent’s ball from circulating.

He also provides a balance between the extreme and the right side when the ball is in tight spaces. On the other hand, in the 4-4-2 he will try to give protection and help the winger to regain possession, standing on the middle line of 4 in the right position ahead of the winger. Despite not being the typical robust midfielder, his good balance and lower body strength gives him a powerful jump, which combined with his height and reading of the game, not only allows him to win most aerial duels but to direct the ball into the path of a teammate who can then launch a transition.

His reliability in tackling stands out, which added to his great speed gives the team plenty of security and mobility. In addition, he is able to read the game well and intercept passes, often covering and compensating for Dani Carvajal, Álvaro Odriozola or Nacho Fernández at right back. Despite not being a traditional defensive midfielder, ‘El Pajarito’ is adept at protecting the defense and allowing his team to weather the storm of opposing attacks.

In attack, despite being very athletic and able to win aerial duels, Zidane prefers to place him in defensive positions to provide security at the possibility of a counter-attack due to his ability to cover a lot of ground with his impressive speed. On the other hand, in defensive situations, he usually positions himself between Casemiro. He has a great marking ability and is able to chase after his man and win aerial and ground duels, but he must improve at reacting to second balls where he occasionally loses sight of his mark.

With that being said, as a whole, there’s no doubt his potential to become one of the best, if not the best box to box midfielders in world football in the next couple of years is unquestionable. If used in the right system he could have the same devastating effect a former Madrid player, in the form of Marcos Llorente has had on the other side of town, by simply helping initiate the press and in turn, notching up goals and some assists to go with it as time goes on.

Real Madrid have ended the season without an official trophy for the first time in Federico Valverde’s fledgling career, and with Zinedine Zidane looking likely to step down from his role and veteran stars such as Sergio Ramos, Marcelo and Raphaël Varane’s fates being unclear at the moment, it is undeniable that Los Blancos are in dire need of a rebuild and a rejuvenation of their aging squad. However, with a contract until 2025 and a £640 million release clause, expect El Pajarito to soar above the rest and continue to play a leading role in Real Madrid’s short-term and long-term future.