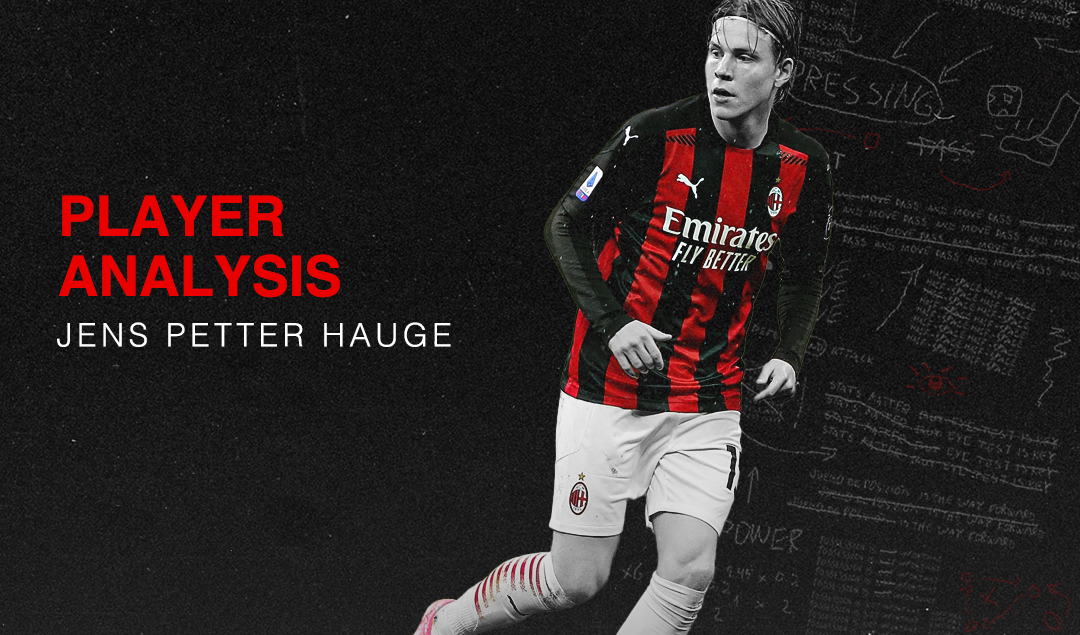 Despite falling short of qualification to their first Euros since 2000, there is plenty of reason for Norway fans to be optimistic about the new decade. From Martin Ødegaard to Sander Berge to Erling Haaland, there is an unprecedented amount of Norwegian youngsters who are thriving in Europe’s top five leagues, and the next prospect who’s in line for a breakthrough campaign is Jens Petter Hauge.

Born in Bodø, Nordland, Hauge joined his local academy Bodø/Glimt in 2012 and quickly progressed through the youth ranks for club and country. At 16 years of age, Hauge signed his first professional contract, and the following day, he scored a hat-trick on his professional debut, having come on as a substitute in the 64th minute. On July 8, 2016, he became the youngest player in club history to score in the Eliteserien, netting in a 4-1 victory against IK Start.

His impressive performances were not enough to keep Bodø/Glimt in the top flight, and they suffered relegation to the Norwegian First Division. It was here in the second tier where Hauge cemented a starting spot, providing 2 goals and 13 assists as Bodø/Glimt won promotion. However, he was soon displaced from the eleven and was sent out on loan to second-tier side Aalesunds, where he was used sparingly.

Upon his return from loan, the teenager took advantage of Amour Laounyi’s departure to nail down a starting spot on the left wing, providing 9 goals and 3 assists as the Superlaget finished second in the league, sealing progression to the 2020/21 UEFA Europa League. He picked up where he left off manager Kjetil Knutsen, with 14 goals and 10 assists in 18 matches as Bodø/Glimt took home their first top-flight league title in the club’s 104-year history. 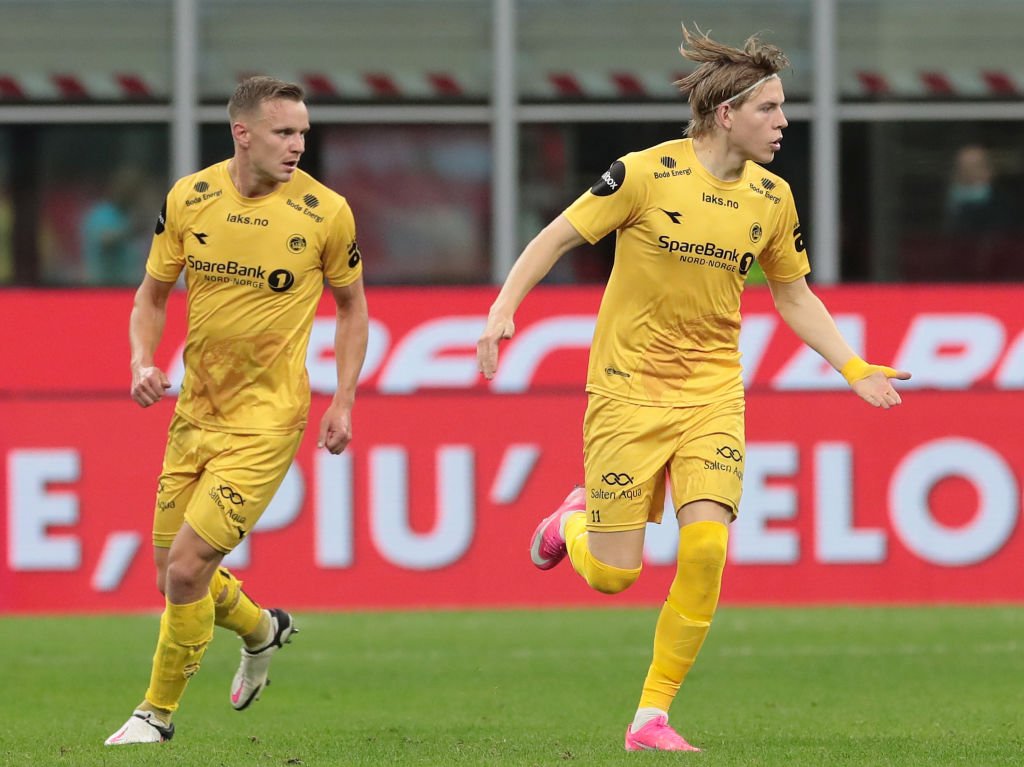 Hauge was not there to celebrate his boyhood club’s historic achievement, however. Having provided a goal and an assist in a 3-2 loss to Milan in the third round of Europa League qualifying, his performances drew the attention of the Rossoneri. One week after delivering an impressive performance at the San Siro, Hauge joined Milan on a five-year contract, with the Italian club paying €5 million for his services.

After making his Serie A debut in a 3-0 victory against Spezia, Hauge made his national team debut under Norway manager Lars Lagerbäck in a UEFA Nations League match against Romania. Fresh off celebrating his 21st birthday, the Norwegian came off the bench at Celtic Park and opened his tally for Milan, latching onto a through ball from Alexis Saelemaekers, brushing past Shane Duffy, and slotting home the third and final goal.

Whilst Hauge has only made one start under Stefano Pioli thus far, he has demonstrated the talent and intelligence needed to secure a starting spot in his first two months in Italy. Going up against Napoli at the San Paolo, Hauge quickly changed proceedings after being subbed on for Ante Rebić. The Norwegian received the ball on the left flank, held off Kostas Manolas, before leaving the Greek center back in his dust with an audacious step-over and calmly slotting past Alex Meret.

It was a brilliant goal that sealed Milan’s victory and put them back into first place, a goal that proved why Milan were so prompt in their decision to sign him. Hauge is an adept technician on the ball, with the skill and refined technique typical of a player who has grown up without the physical profile to compete against larger opponents. With a simple step-over, Hauge is able to quickly change gears in order to evade his opponent.

Nominally a left winger, Hauge is best on his right foot, cutting into the middle of the pitch to either get a shot off or combine with teammates. Although a right-footed left winger can often have a detrimental effect on his team with the middle of the park becoming overly congested, an inverted winger like Hauge is precisely what Milan need on the left side of their pitch.

In Theo Hernandez, Milan have arguably the best left back in Serie A, a player boasting immense pace and panache going forward. Hauge’s natural inclination to move inwards will allow Hernandez to utilize the full left-hand side of the pitch to work his magic, without a winger blocking his forays forward.

Opposing right backs will be shuddering at the sight of Milan’s left side, faced with a dilemma to either go inwards and leave Hernandez open, or stay with the Frenchman and give Hauge license to pull strings in the middle of the park.

Hauge typically drives into the center, drawing three defenders onto him and opening up acres of space on the left flank. In Hernandez, Hauge has an elite attacking fullback who can exploit plenty of space and combine in the final third.

Despite his obvious potential, Hauge still has plenty of things he needs to work on if he is to beat out the likes of Rebić, Rafael Leão and Hakan Çalhanoğlu and cement a starting spot under Pioli. Perhaps most detrimental to Hauge is his imprecise decision-making. In possession, Hauge will too often look for the perfect solution, seeking a perfect ball when it isn’t available or dwelling on the ballwhen a teammate is free for a shot on goal.

Out of possession, Hauge can be overly hasty in his attempts to win back possession, fouling an opponent in advanced areas of the pitch where a little more patience and awareness on the Norwegian’s part could have yielded a turnover deep into the opposition half. 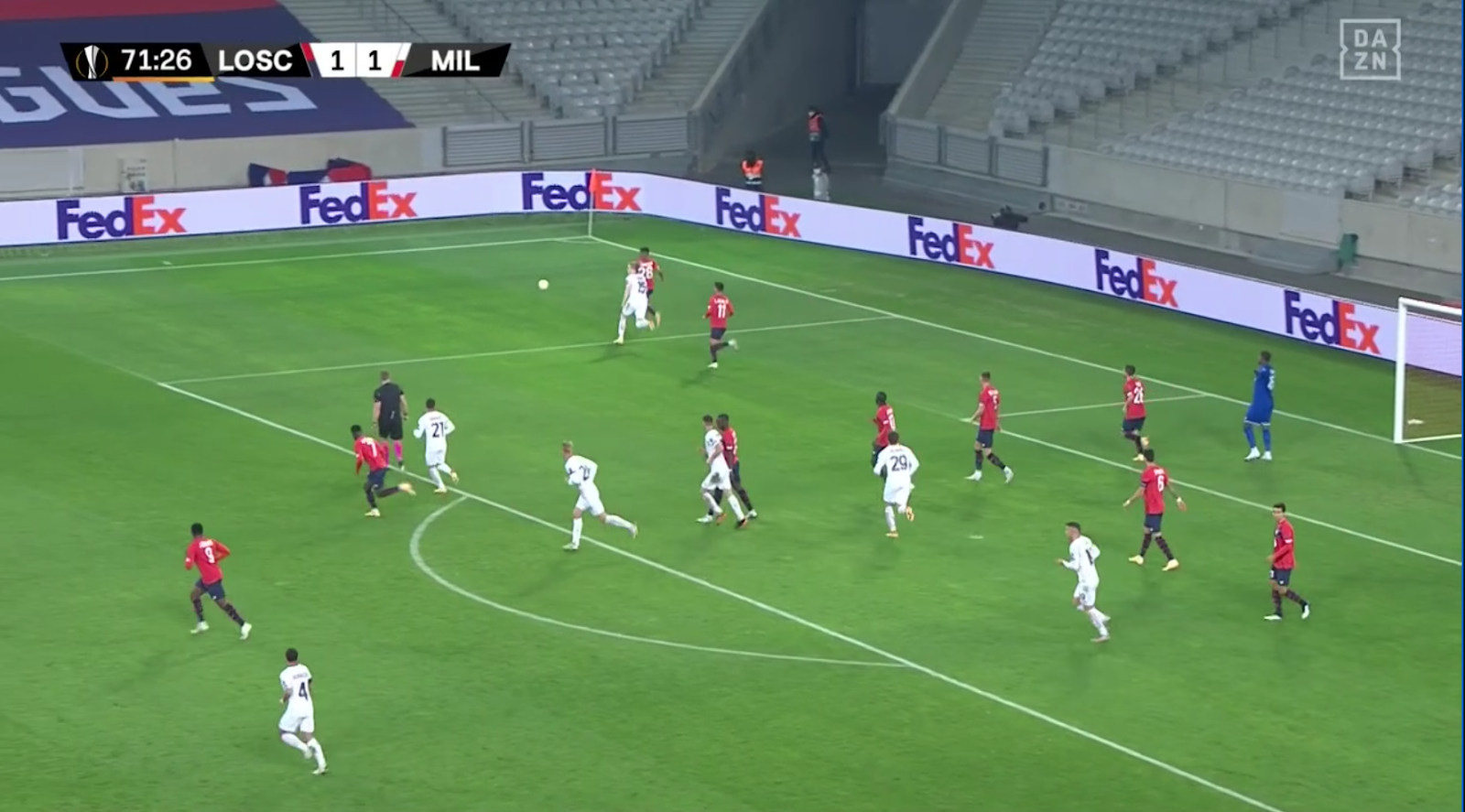 Hauge is able to apply pressure to Lille’s Reinildo Mandava in an area of the pitch where patient defending would lead to a throw-in or a turnover deep in the opposition half. 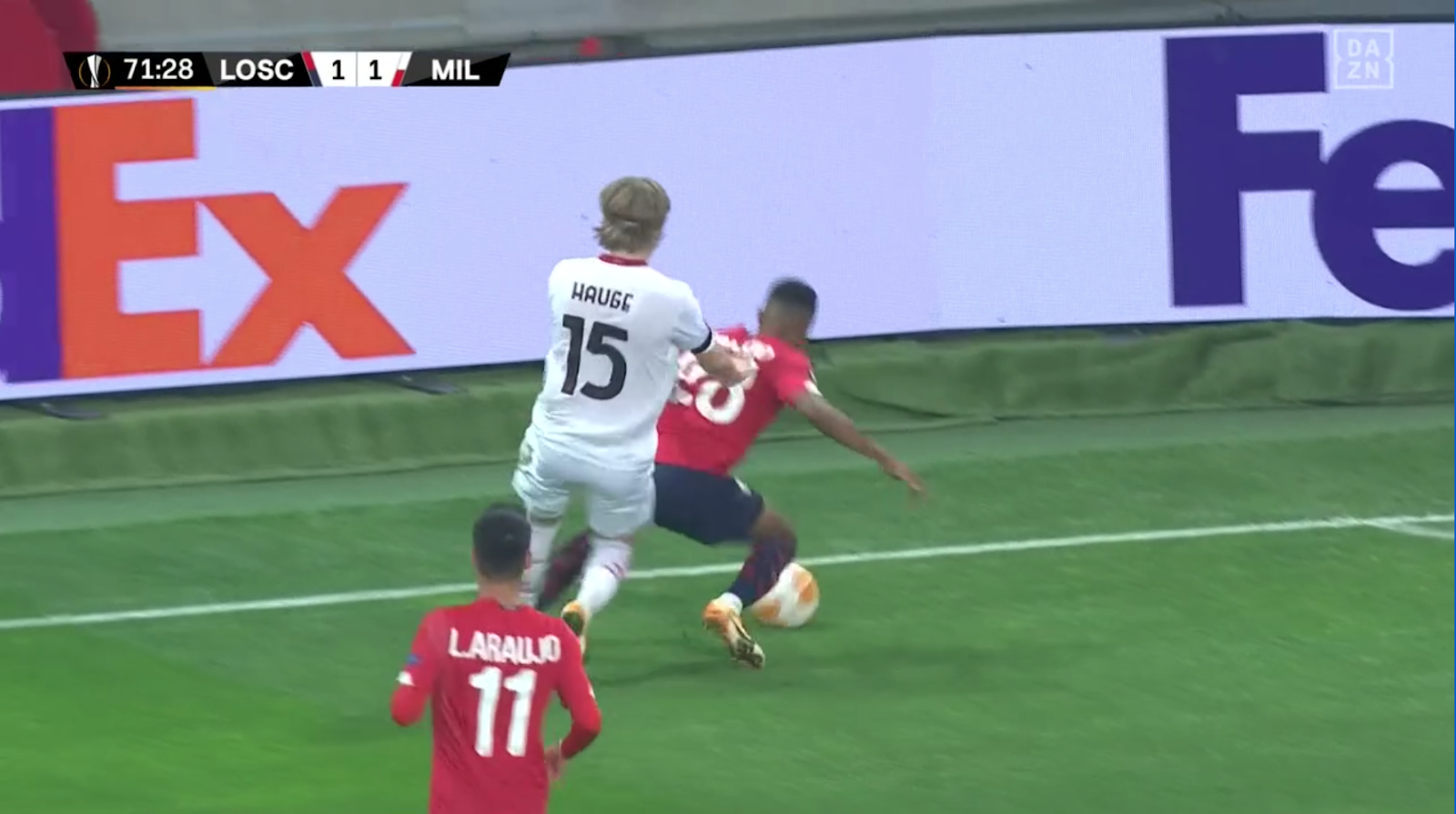 Rather than shifting his positioning or waiting for him to make a move, Hauge puts both of his hands on Reinildo, and the Mozambican falls to the ground and wins a foul, thus relieving his team of pressure.

Perhaps owing to his tendency to cut inside from the left wing and drift around the pitch, Hauge is a fairly ineffective crosser, having produced just 28 crosses in his last two seasons at Bodø/Glimt, many of which were suboptimal in quality. If he does manage to improve in his delivery of crosses, he could win a starting spot and form an electric duo in attack with Zlatan Ibrahimović.

It’s been over seven years since Milan last qualified for the UEFA Champions League, but with a fresh-faced squad that has an average age of 24.9 years, this may just be the year that the Rossoneri return to Europe’s premium competition. Pioli’s side currently sit top of the league with 7 victories and 2 draws from their first 9 matches, having defeated the likes of Inter, Napoli and Fiorentina.

Only time will tell if Milan’s Scudetto challenge can go the distance, but one thing’s for certain: after a decade of mediocrity and disappointment, Norway and Milan fans have reason to believe again with the emergence of Jens Petter Hauge.