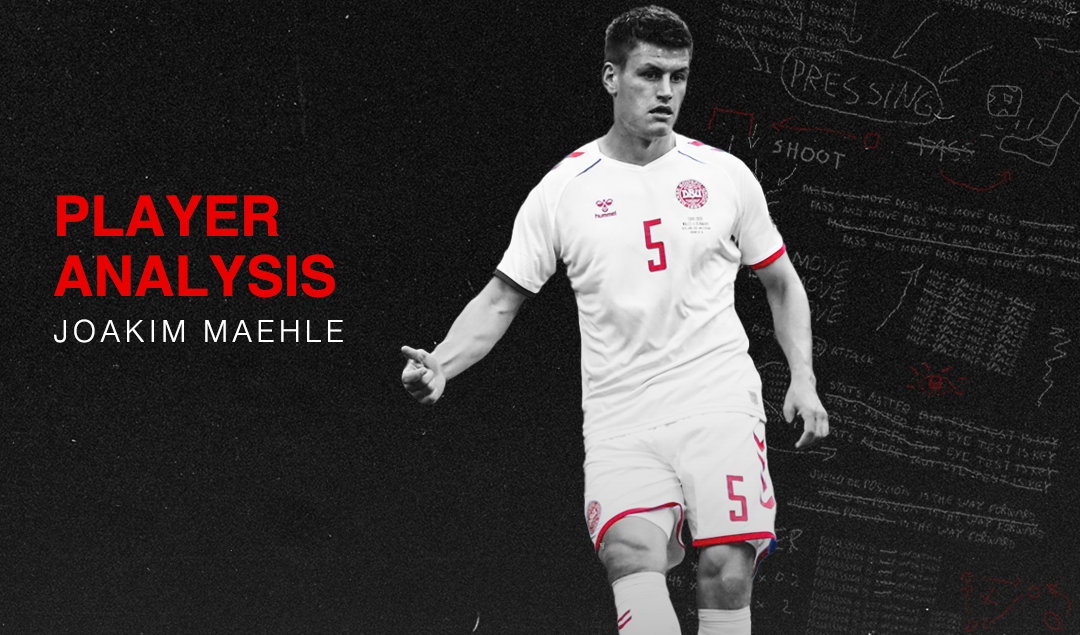 After coming close to being eliminated from Euro 2020 in the group stages, Denmark has been in splendid form, registering comprehensive victories against Russia and Wales. The Danes defeated Russia 4-1 to finish second in Group B on goal difference, and progressed to the Round of 16, where they thrashed Wales 4-0 on Saturday. Now, they head into their quarterfinal as favorites against the Czech Republic on Saturday.

One of the standouts during this Danish resurgence in the tournament has been Joakim Mæhle, who plays his club football for Italian club Atalanta. Naturally a right-back, the 24-year-old has demonstrated that he is capable of operating as either a right or left wing-back for Denmark coach Kasper Hjulmand. Mæhle has started in all of the Danes’ four matches so far at Euro 2020 and he has found the back of the net in both Danish victories so far.

At club level, he has had to deputize for Hans Hateboer at right wing-back and despite not having a stellar first six months with La Dea, he has embraced some of the attacking principles that Orobici tactician Gian Piero Gasperini and utilized them for his country.

Mæhle played a key role in Denmark’s third and final Group B match at the European Championship, and he scored the fourth goal against Russia, which came in the 82nd minute.

As indicated in the photo above, the Danes went on the counter-attack after Pierre-Emile Højbjerg had won the ball in midfield, and after noticing the run of Mæhle, he passes the ball to the wing-back.

The 24-year-old makes a direct surge towards goal while the Tottenham midfielder runs around him and creates an overlap. Meanwhile, at least three Russian defenders have dropped back to close down the left wing-back and he starts to slow down to assess his options.

One of the Russian defenders, Georgiy Dzhikiya, has noticed the run of Höjbjerg and starts to track him. Unfortunately for him, two of his teammates ran too far back and have allowed Mæhle more than enough space to swerve right and then hit a low strike past Russia goalkeeper Matvey Safonov at the near post.

Mæhle demonstrated that he had the confidence to run down the field without too much concern as well as the composure to make decisions in a short space of time. He looked for teammates but the mistakes made by the Russian defenders grant him the opportunity to go for individual glory and succeed. Højbjerg also deserves credit for making that decoy run. That allowed Denmark to draw out an opposition defender and gave his teammate extra space to run into.

The Atalanta wingback scored the Danes’ third goal in the victory against Wales and he once again showed his ability to run into spaces while the Danish attacked are closely guarded by opposition defenders. Although he started the match at left wing-back, he then switched to the right flank after Nicolai Boilesen had replaced Jens Stryger Larsen after 77 minutes.

Denmark received a throw-in the 88th minute on the left-wing and the ball was directed at Mathias Jensen. As soon as Jensen received the ball, Mæhle raises his hand up, calls for the ball, and makes a run forward.

The wing-back has an abundance of space to run into and he controls the ball in the penalty area. The touch is a bit heavy but he allows the ball to bounce and Welsh defender Ben Davies tries to close him down. He still has plenty of space to control the ball completely, swerves to his left, Davies loses his balance, and the Dane smashes the ball into the net with his left foot.

It must be said that Mæhle was given plenty of space and Wales should have tracked his run but modern football requires teams to mark zones and remain compact in shape. The Danish wing-back capitalized on the flaws of implementing such tactics, especially if a team does not keep an eye on all of its opponents.

Jensen displayed the vision to spot Mæhle and the wing-back showed his desire to attack get among the goals. This is a characteristic that has become typical at his club side Atalanta, where the wing-backs are capable of scoring just like the attacking midfielders and strikers.

In addition to the goals he has scored, the 24-year-old has been involved in other parts of the action. He was involved in the first goal Denmark scored against Wales, initiating the attack from defense and then playing a lobbed pass to Mikkel Damsgaard. The Sampdoria winger turned and then he supplied the assist for Kasper Dolberg to score with a bending strike.

Mæhle made another run down the right wing after his goal against the Welsh and he drew the foul which prompted German referee Daniel Siebert into sending off Wales winger Harry Wilson. Then, he played a part in Denmark’s fourth goal, which was scored by Martin Braithwaite.

The Atalanta wing-back made another dribble on the right but the Welsh decide to jockey instead of getting drawn into committing a foul. After feigning a few kicks, he curls the ball into the penalty area for Andreas Cornelius, who lays the ball off to Braithwaite with his left foot. The Barcelona striker controlled the ball with his right foot, dribbled around his opponent, and struck the ball into the net with his left.

After losing their opening two matches, Denmark has revived itself and reached the quarter-finals since Euro 2004 as well as win its first knockout game since Euro ’92, a tournament which it won in remarkable circumstances.

Kasper Hjulmand made a shrewd decision to change from the 4-3-3 formation to the 3-4-3, which utilizes the wing-backs to their full potential. If there is one player that has benefitted better than most to this system change, it is Joakim Mæhle.