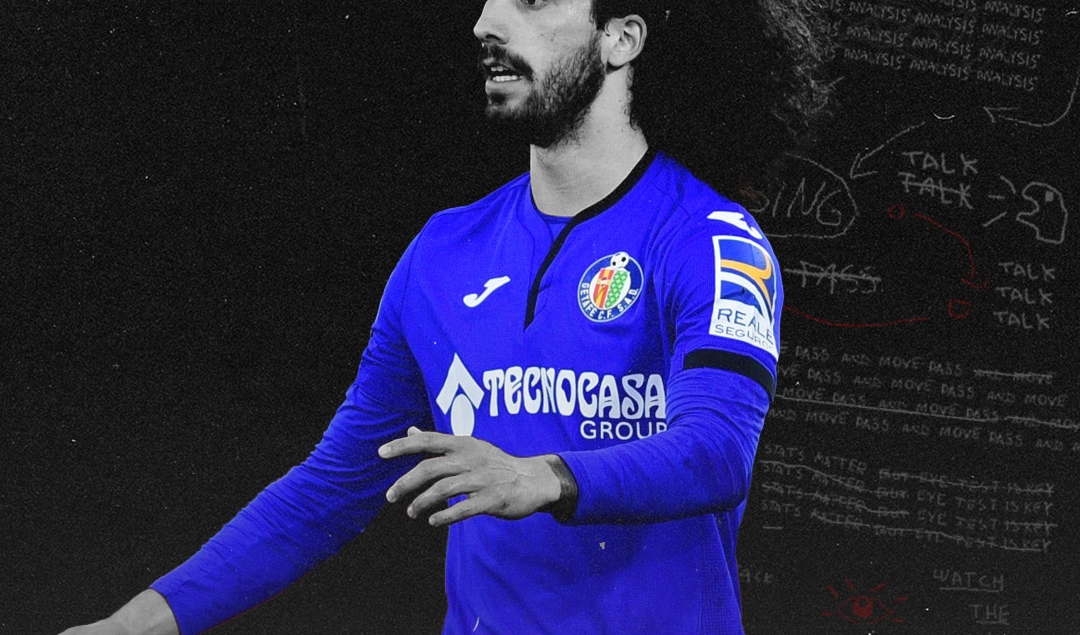 Despite Solly March recently signing a long-term contract, Brighton are seeking to strengthen their left-hand side. Whether it’s to replace March or act as competition, the acquisition of Marc Cucurella from Getafe is a statement signing that highlights the financial and statutory clamour that Brighton now possess. But, what will the 23-year-old offer Brighton and how will he be used by Graham Potter?

The most desirable trait of Cucurella’s is his incessant desire to press the ball, something that has become synonymous with his game at Getafe. He attempted 21.39 pressures per 90 last season – no other player in La Liga attempted more than Cucurella’s 771 pressures across the season. His total nearly doubled those of March and Dan Burn last season.

However, it’s important to note the various styles of Brighton and Getafe which predicate these figures. Cucurella also possesses a high success rate with his press, making 235 successful pressures in La Liga, again, the most of any player in the league. Shortly after watching him, you witness his effervescent energy, coupled with a desperate desire to win his side the ball back as quickly as possible.

Another strength of Cucurella’s is his incisiveness in the final third. He created 2.22 shot-creating actions per 90, with most of these chances coming through crosses put in from the left flank. The Spaniard’s 96 crosses were the 6th most of any La Liga player. Although March made 1.15 more crosses than Cucurella per 90 last season.

Not only does Cucurella create chances through crosses, but also his ability to dribble into dangerous areas. Standing at 5’8, the Spaniard’s quick feet and sharp burst of pace allow him to escape his man. He completed 53 carries into the final third (12th), as well as a further 23 carries into the opposition’s box, the 7th most of any La Liga midfielder. Despite these impressive figures, March once again slightly edged Cucurella on both metrics per 90 last season.

Cucurella’s high-octane style negates his ability to pass the ball. Under José Bordalás, Getafe were tasked with relentlessly pressing the opposition, and then when receiving the ball, making high-risk, progressive passes to manoeuvre attacking situations as quickly as possible. As a result, Cucurella only managed a 70.8% pass accuracy. However, it’s no surprise considering that Getafe has the lowest pass completion rate of any team in La Liga.

Under Potter, Cucurella must be more pragmatic with his passing style. Brighton rank 5th for passing accuracy in the league so far this season. Considering that Cucurella was raised on the ‘tiki-taka’ principles of ‘La Masia’, his passing style should not take long to truly come out of its shell. In fact, Potter’s attractive brand of passing football is likely to be a key factor in Cucurella’s desire to move to Brighton.

The main area upon which Cucurella will be assessed is his defensive work. Predominantly positioned as a left midfielder in Getafe’s 4-4-2 or 4-2-3-1, the 23-year-old had the additional protection of Mathias Oliveira behind him. Whilst Cucurella will get this to an extent through Brighton’s left centre-back, the onus will be on the Spaniard to provide defensive solidity to Brighton’s left-channel.

Contrary to the stereotypes of Spanish footballers, Cucurella is enthusiastic in the tackle, making 124 tackles and interceptions in La Liga, the 7th most of any player. Synonymous with Getafe’s gritty style, Cucurella made 70 blocks across the season, again the 7th most of anyone in the league. Cucurella’s highly energetic game can be seen in his defending.

Although, at times this can spill over into rashness. He committed the 7th highest number of fouls in the league, largely due to his over-exuberance to win the ball back. Playing in left-midfield Cucurella was also prone to getting sucked into the play, with his runner vacating the left in his wake. Now, playing as a left wing-back, Cucurella will have to refine this aspect of his game.

Potter most often uses a 5-2-2-1, with Cucurella most likely to fill in the left wing-back slot, currently occupied by March. However, the Spaniard has flexibility to play higher up the pitch, frequently being deployed as a left-winger under José Bordalás. Such malleability will suit Potter who offers tinkers with player positions mid-game.

The former Barcelona graduate should have the tactical intelligence to fill in at left-back, left midfielder, or even one of the two spaces behind Brighton’s central striker. It may be the case that as he adjusts to the Premier League, Cucurella is deployed higher up the pitch, competing with the likes of Leandro Trossard and Alexis MacAllister.

Undoubtedly, Cucurella will develop his game on the south coast. Most markedly, the technical aspects of his play, which haven’t been required as frequently at Getafe. Whilst Cucurella is slightly behind Solly March in areas such as chance creation and defensive intelligence, his tenacity, speed and dribbling ability have been pillars for successful Premier League players over the years.

And with time on his side, Cucurella is likely to fulfill his potential in England. Prior to Potter’s arrival, March was struggling to find his form in England’s top division, three years later and he’s one of the most complete left-backs in the Premier League. Brighton will be hoping that Cucurella’s path from winger to full-back will take a similar trajectory.